Getting into someone’s business is not usually a good idea.

And that includes eavesdropping on people’s conversation. However, sometimes you can’t help but overhear things even if you ‘don’t want to’. So what is a person supposed to do then? Well, the right answer is of course grab some popcorn and get settled in for a wild story. Because our mind usually wanders to a person’s conversation when it is a very interesting story.

That is why today we have some of the craziest stories people have overheard and they wanted to share. Don’t worry we don’t know the names of these people so these are completely anonymous as to not violate someone’s privacy. So let’s get on with it, shall we? Scroll on below and take a look.

#1 Now I really want to go to a party that is themed ‘ding-ding’. 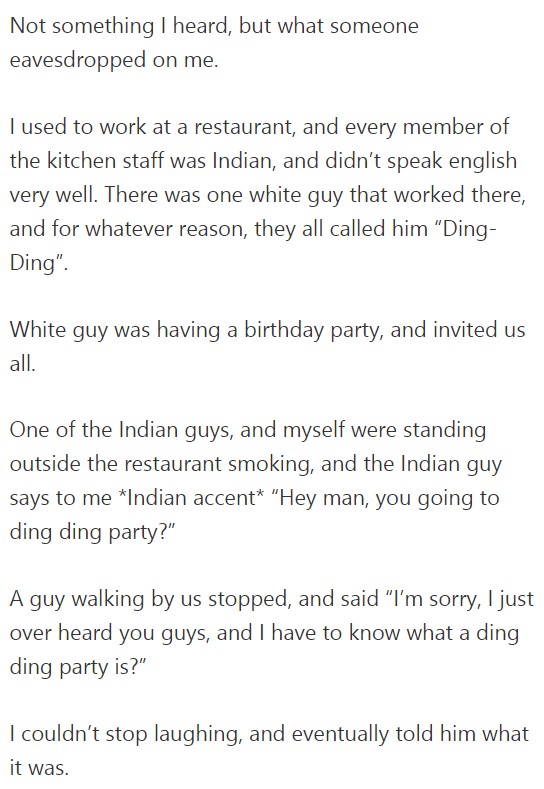 #2 Honestly, I don’t blame the girl for leaving. That was the worst time to propose. 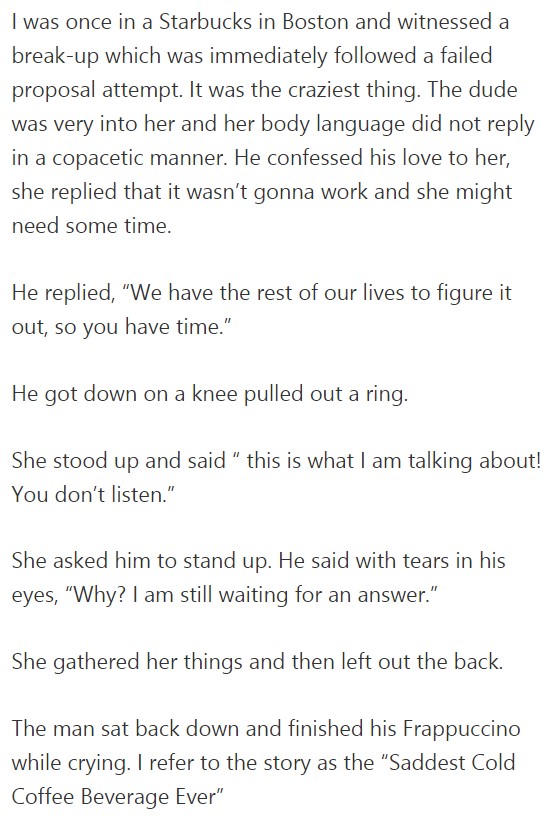 #3 This is why you should have a list of things you need taped to the entrance door.

I was on the train listening to a woman yelling on the phone that she wouldn’t be able to make it to her dentist appointment because she had left her teeth at home.

#4 Okay, That is just disgusting. I have no words. 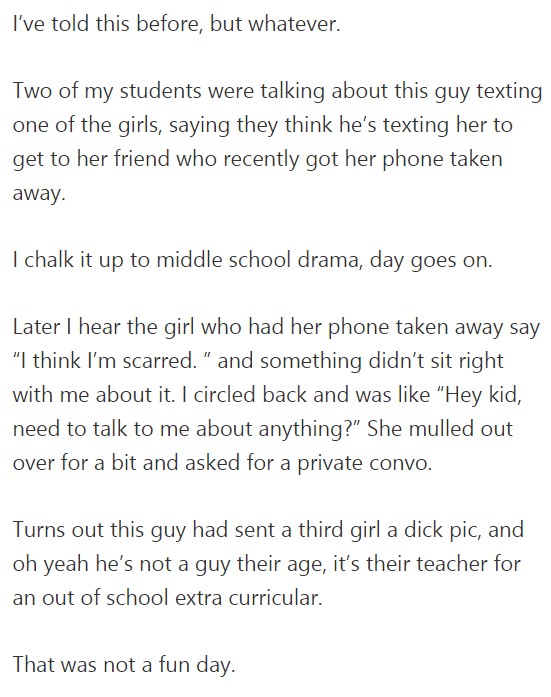 #5 I really hope it was a game convention. 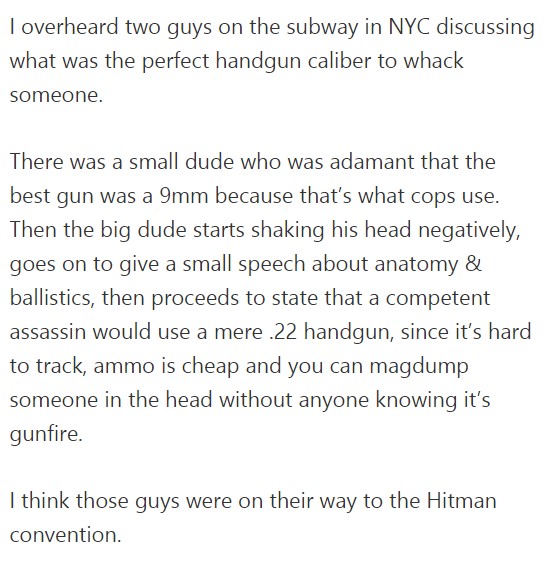 Because to be honest gamers can really get into guns and stuff.

#6 I hope they never find the answer to this ‘interesting’ conversation.

A few kids were debating on what happened to the poop after you flushed it on the train. One believed it exploded on impact with the rails, another debated the possibility of it being shot out of the side like a cannon, and another knew it was used to fuel the train.

#7 Who wouldn’t fall in love with a cat? 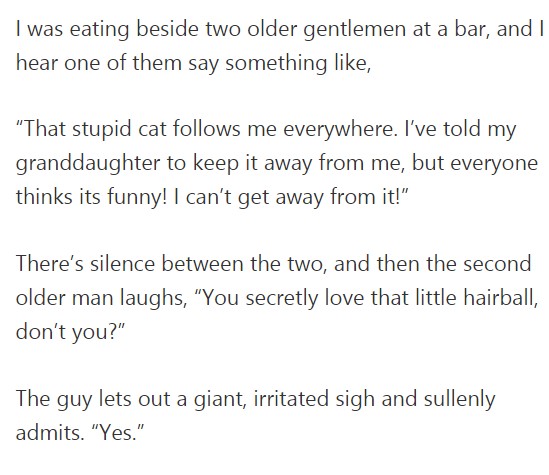 #8 The guy has a point unless you are feeling very very hot. 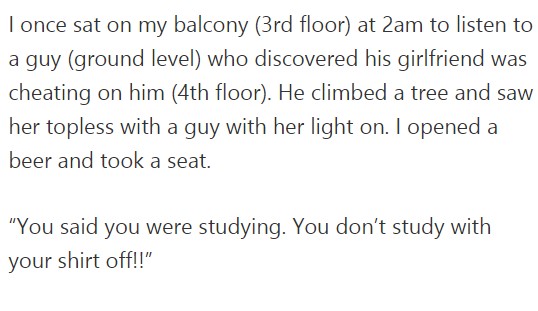 #9 It was about to go very wrong but ended up surprisingly wholesome. 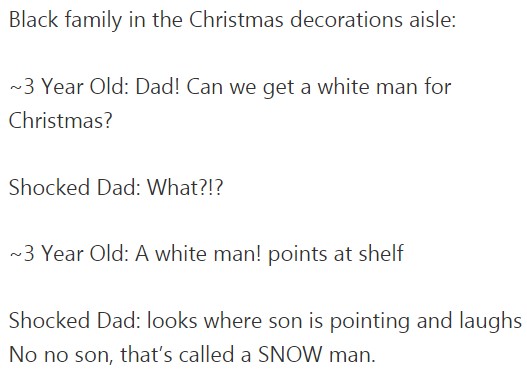 #10 I am, really curious as to why and how they hid the clams. I have to know!

Didn’t hear the full conversation but I walked in on two employees at a convenience store with the conversation ending with the phrase “…and that’s when we hid the clams.”

#11 I was surprised to hear nobody was batting an eyelash at this story until I read the end. 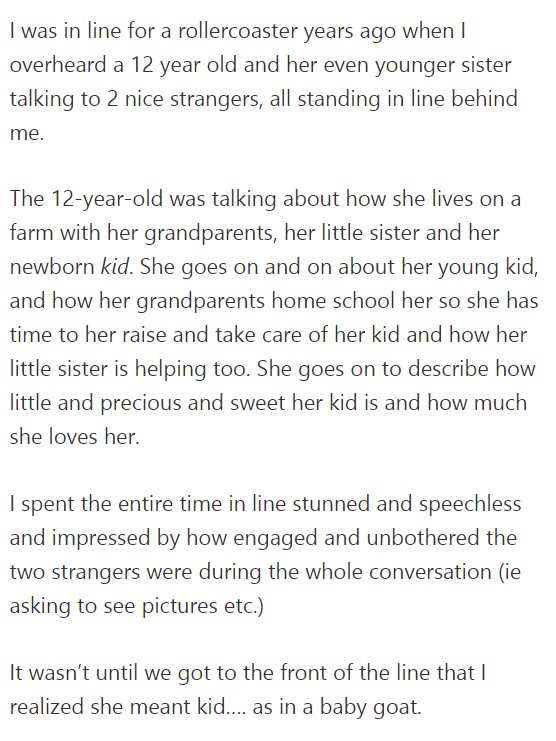 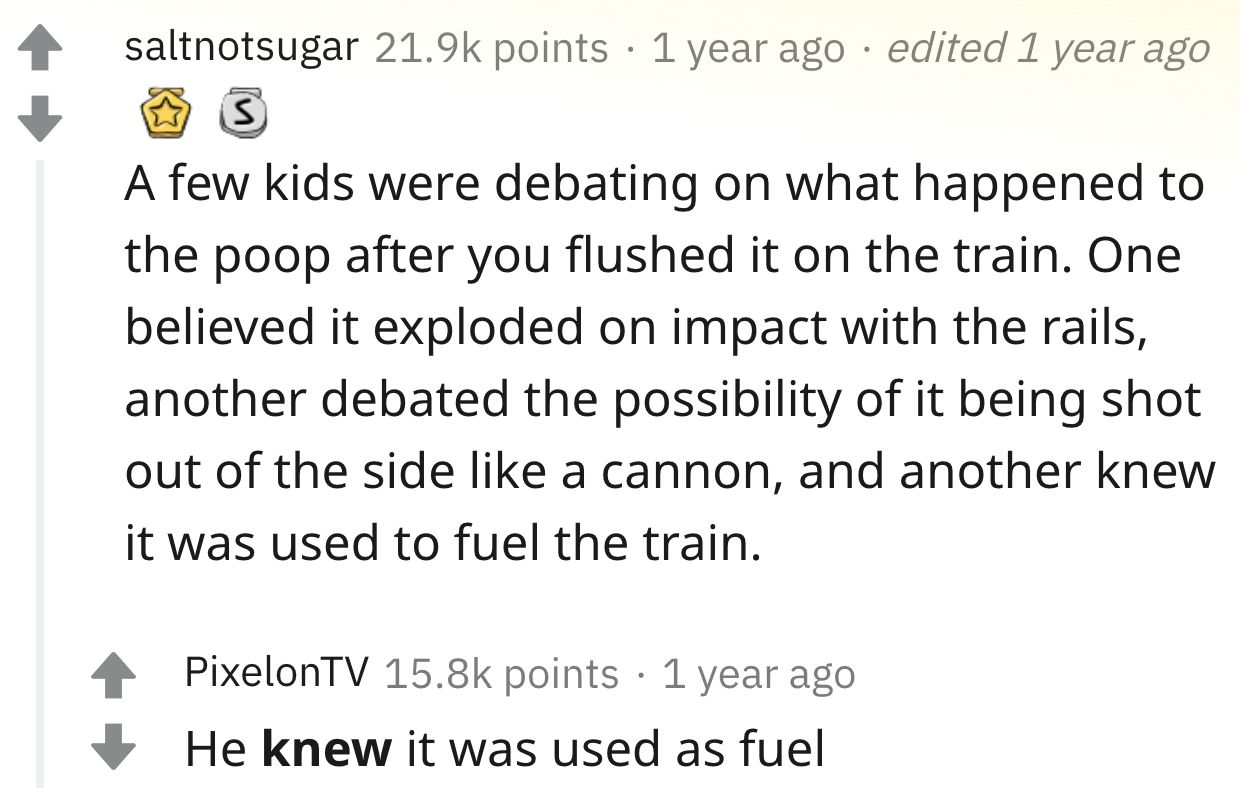 Have any interesting stories you overheard that you wanna share with us? Don’t worry we won’t tell anyone. So let us know in the comments below.