Having terrible neighbours can be a nightmare.

Most of us plan our whole lives ahead. We choose what career we will follow, who we want to spend our lives with, how long we want to work and save up to finally buy our dream house to move into with the person we love. The plan sounds perfect but doesn’t always go the way we want it to. Even if we get our dream house with our perfect partner, something as simple as bad neighbours can ruin our experience entirely. If you have unpleasant neighbours, your perfect home is going to be nothing short of a nightmare. You will never know peace and quiet in your house. There is always going to be some sort of drama going on and the neighbours will push your buttons just to check your limit.

This Reddit user shared their story about when they finally moved into the house they had been saving up for for a decade. However, things were slightly different from what they had thought they would be like. Scroll down below and read the whole story:

This story revolves around the Reddit user and a Karen.

The Reddit user and her husband bought a house in a tropical paradise, but they had to share half of their duplex with a Karen, her children, and her boyfriend, Billybob. 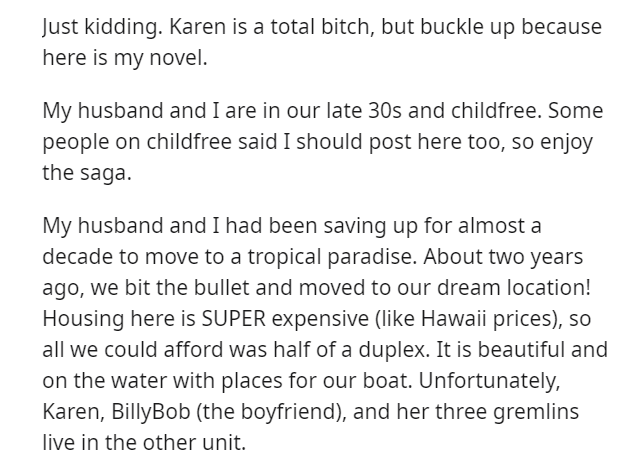 The Reddit user explained the setup of the entire duplex and gave us an idea of what it looked like. 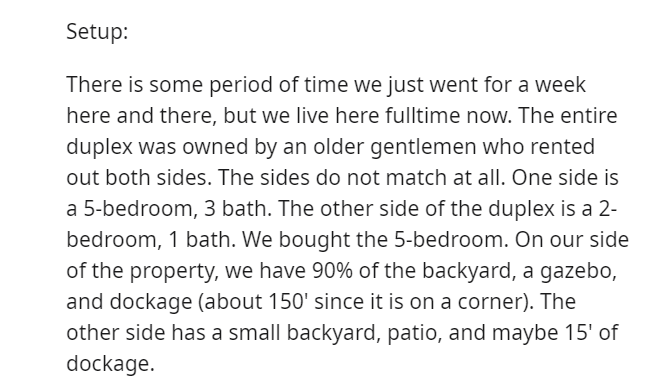 They also had separate backyards, but the renters used to share the backyard since it didn’t have a fence.

Karen would misuse her privilege of using the entire backyard but she pushed it when she hosted a birthday party for her daughter. 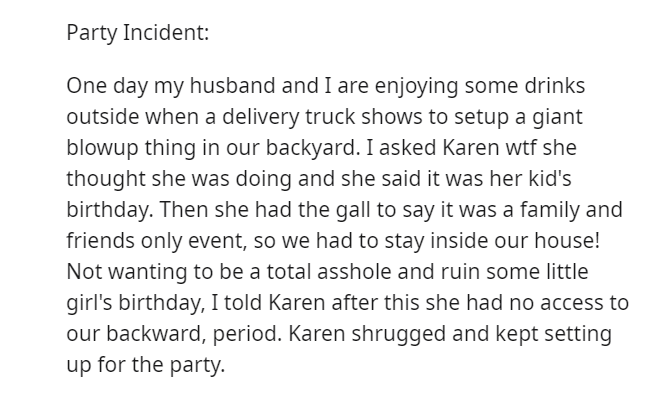 Things went downhill very fast when a drunken adult walked into their house and told them that Karen said he could use their bathroom. The Reddit user sent them away to Karen’s house, which enraged her. 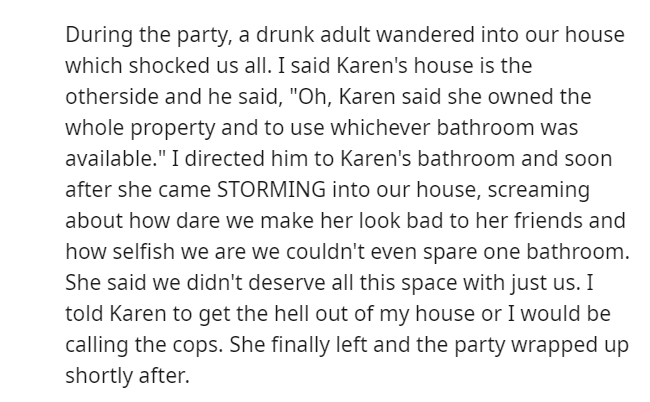 After the party incident, they thought enough was enough and decided to remodel the backyard. 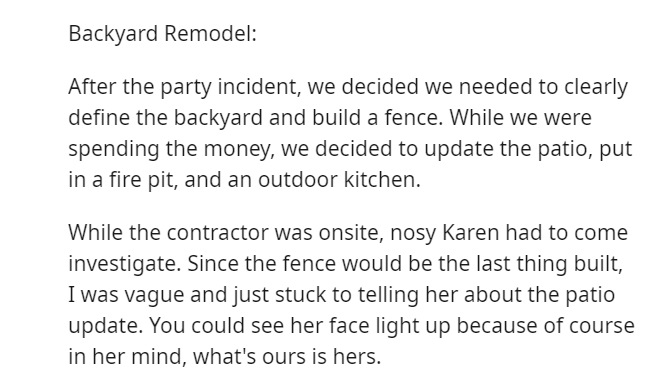 The remodelling included a fence so that Karen would stop trespassing their property. 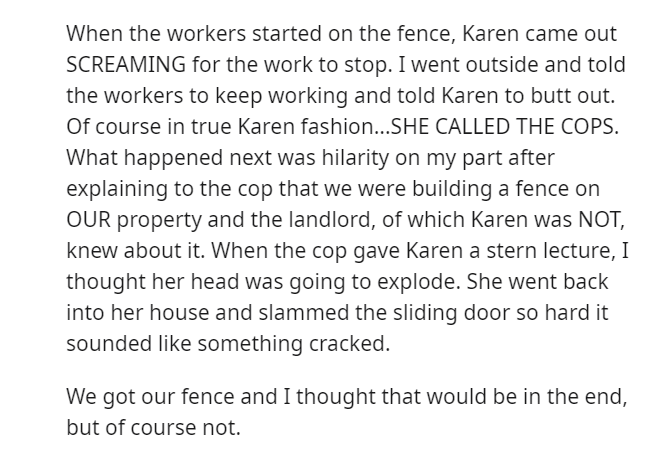 However, a fence wasn’t enough to keep Karen and Billybob away from meddling with their property. 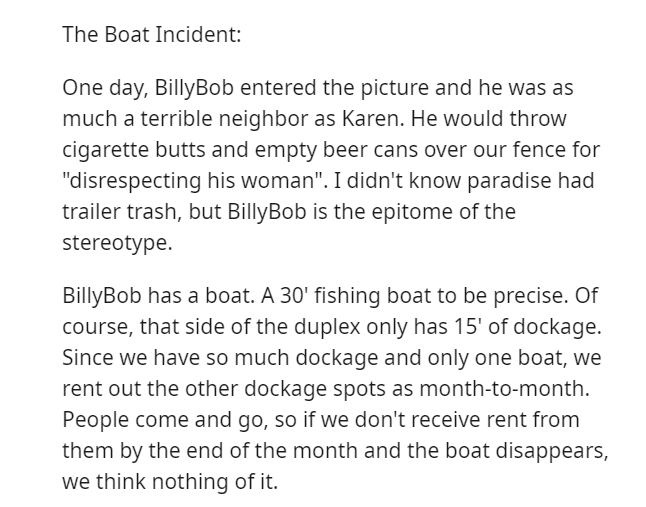 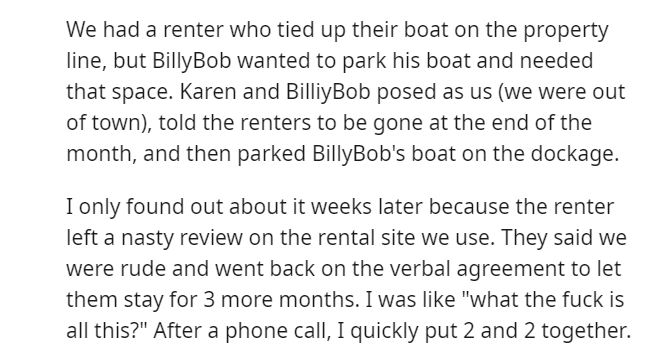 This created a lot of trouble for them as they lost rental income and also got a bad review on the rental website. 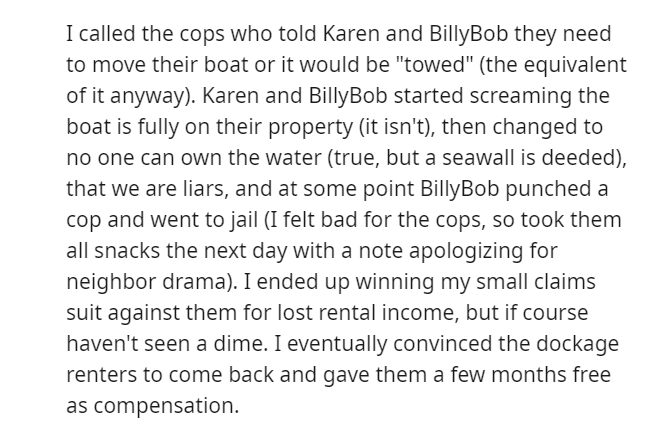 But they finally got to take their perfect revenge from Karen soon after. 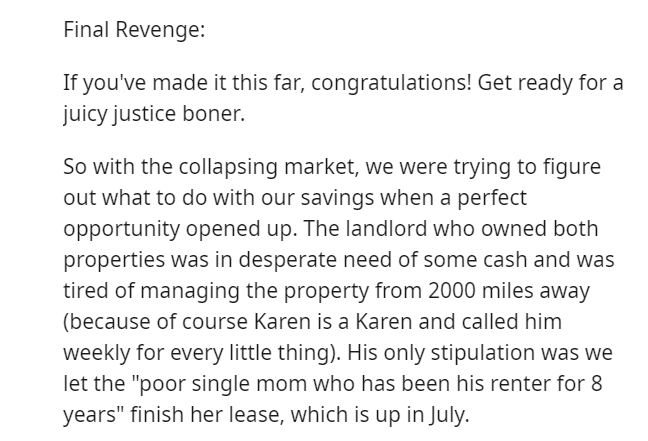 They got the opportunity to buy the entire duplex, and they did!

Karen was petrified when she found out who the new owners were. 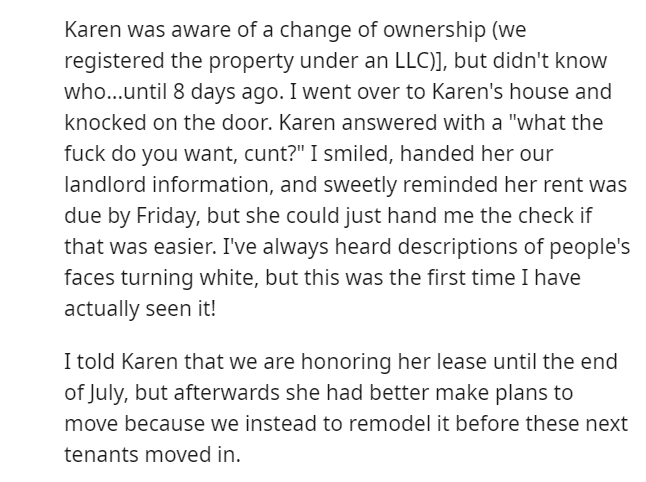 The Reddit user explained the structure of the duplex in simpler words later. 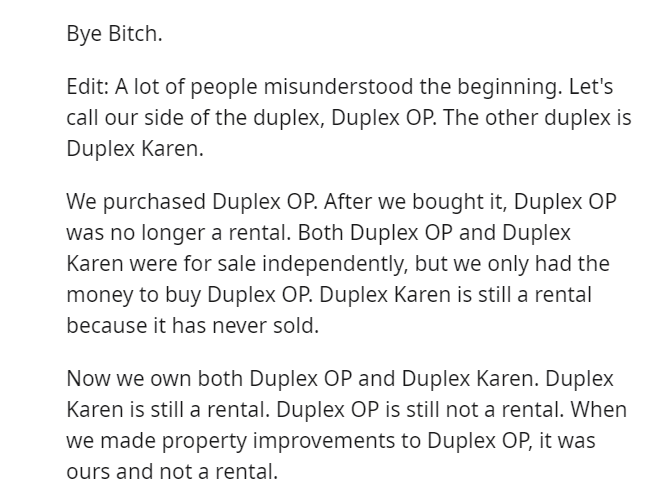 There was an update by them later, saying things are just getting worse. 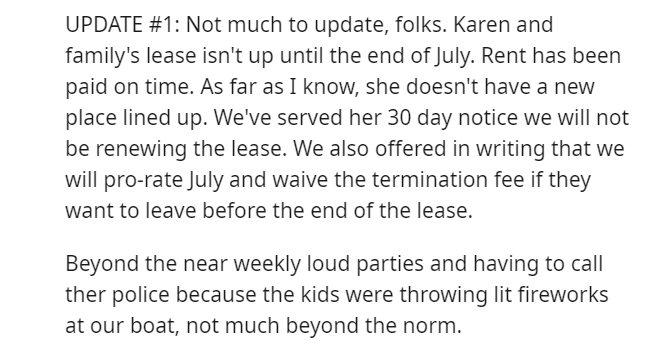 Due to COVID, Karen and her family hadn’t left even after they were supposed to move out. 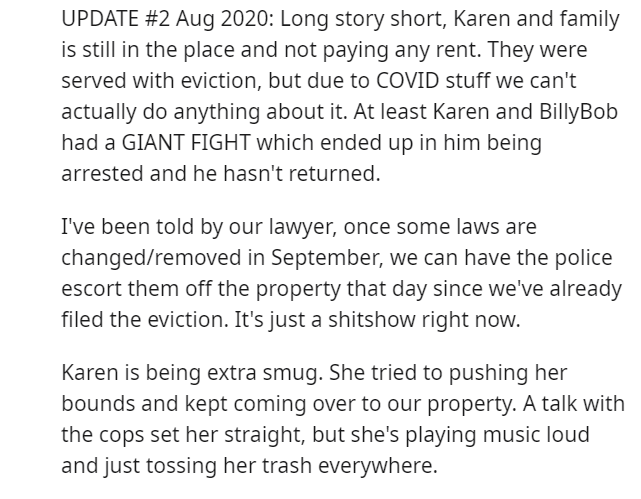 They even need the other half of the duplex but there isn’t much they can do.

However, things took an unexpected turn a few months later. 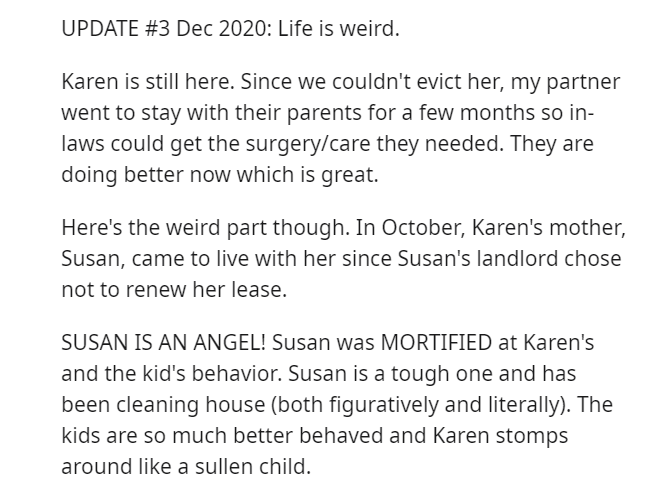 Karen’s mother arrived to live with them, and Karen has been behaving well ever since. 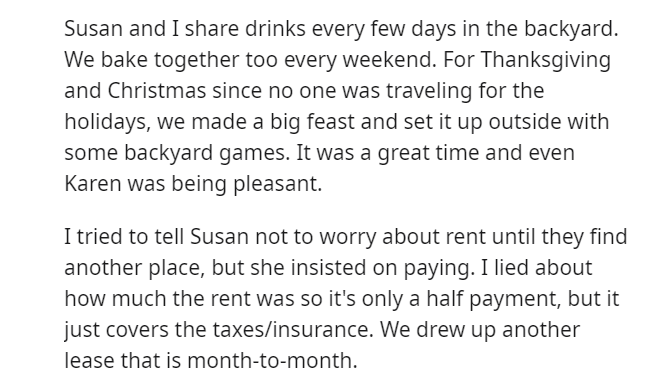 Well, that was an entire sh*tstorm, wasn’t it? How unlucky do you have to be to get neighbours like this? They can make your life hell and you would always be worried about some kind of drama going on. But luckily for this Reddit user, it didn’t end up on a bad note, even after all that chaos.

This is what other Reddit users had to say about the whole story: 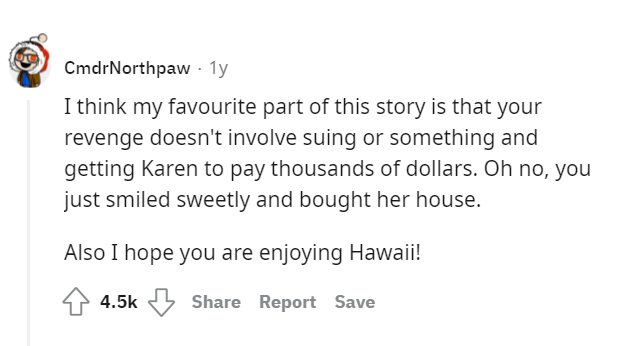 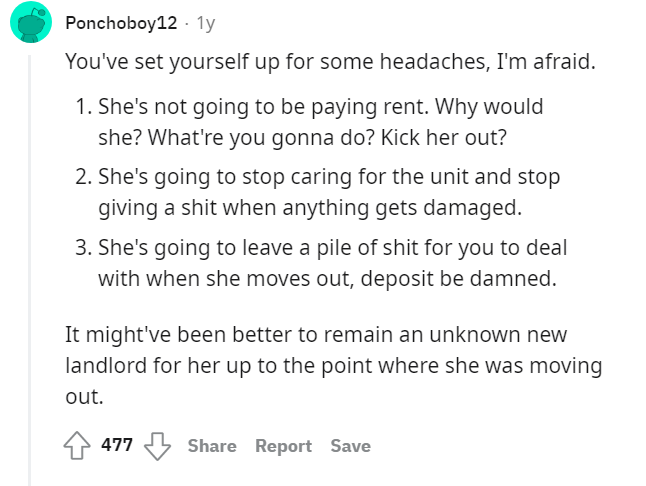 What are your thoughts on this story? Share them with us in the comments below.