Pet training is not an easy job.

Getting a pet animal is the most amazing feeling one would feel in the world. It brings you absolute joy and it really does feel like you just had a baby. that’s the level of affecting people associate with their pets. And that is because as soon as that animal comes into their life, all the stress, the pain, the weird boring nights, all of it just vanishes. And what comes is the extremely positive outlook for life, hope, joy, fun, and excitement. It’s a god’s gift to only those who are lucky enough.

But nowhere does it say that life after having a pet will be easy. Say you get a puppy, you have to see it grow up and it’s exactly like parenting, you need to teach it so much stuff, face the tantrums, familiarize it with the house routine, tell the rights and the wrongs. It often drains you out because the process requires a lot of patience. So pet training is definitely not easy and this thought should be considered pre-adoption because you want to make sure you take on that responsibility rightfully and don’t back out because you can’t handle the hard work.

One of those phases of bringing up your animal is potty training. They make a mess and you as an owner want to make sure they learn where to poop and where not to. And the process can result in all sorts of moments; happy, sad, exciting, aggravating.

Let’s look at some experiences shared by pet owners regarding potty training their cuties.

1. Woah, looks like we have just spotted the potty training legend. 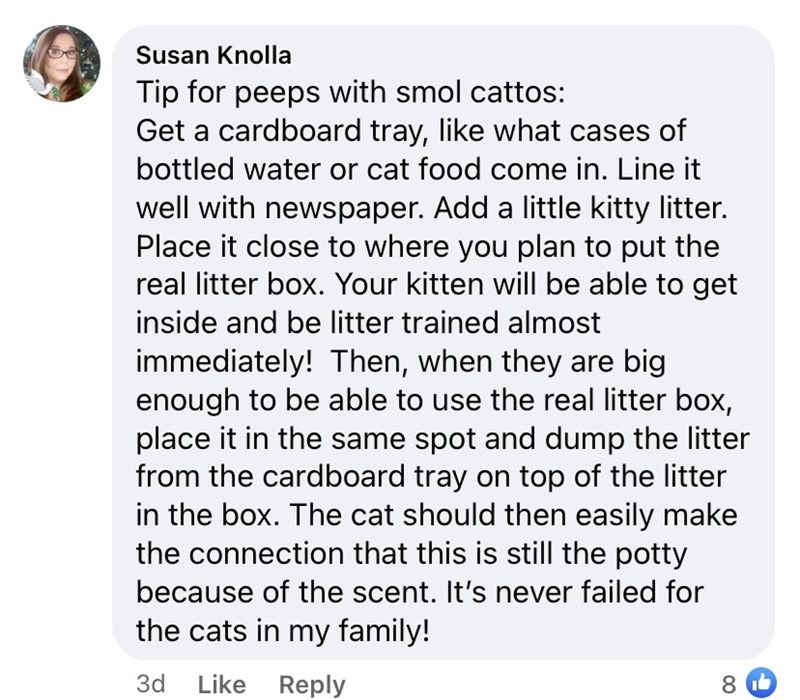 That is actually pretty sleek. The advice sounds workable and could help a lot of people who are struggling with potty training.

2. Aww, poor thing watched and learned and all your mom did was demoralize the kitty for not flushing it.

If only she had stretchable arms, it would’ve worked then. 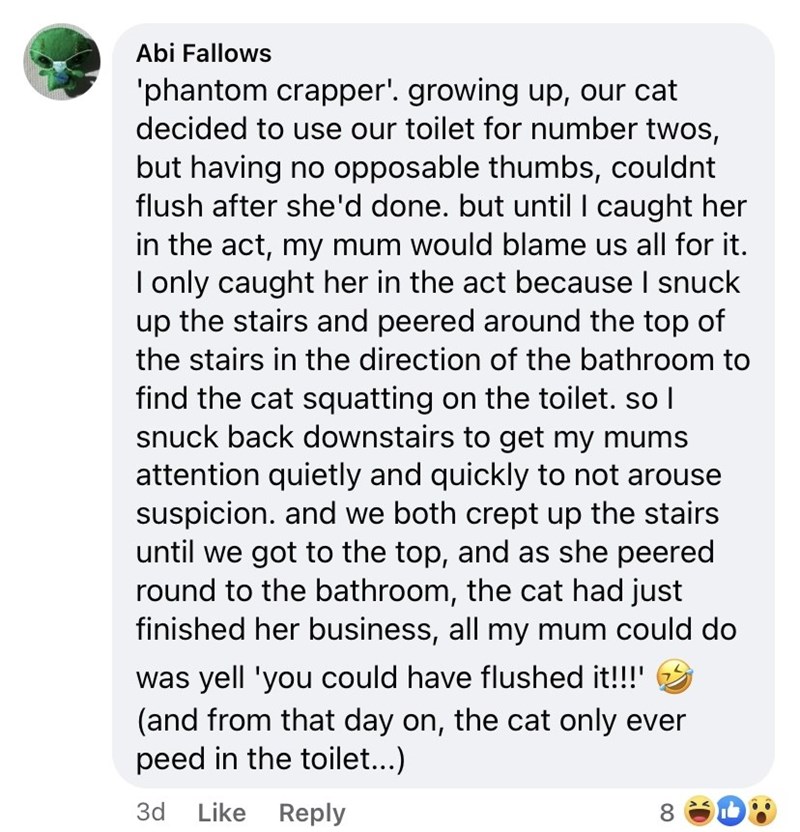 Not gonna lie, I love the cats who use human toilets for their business. So smart.

3. So somehow your cat managed to find joy out of poop. Eww! 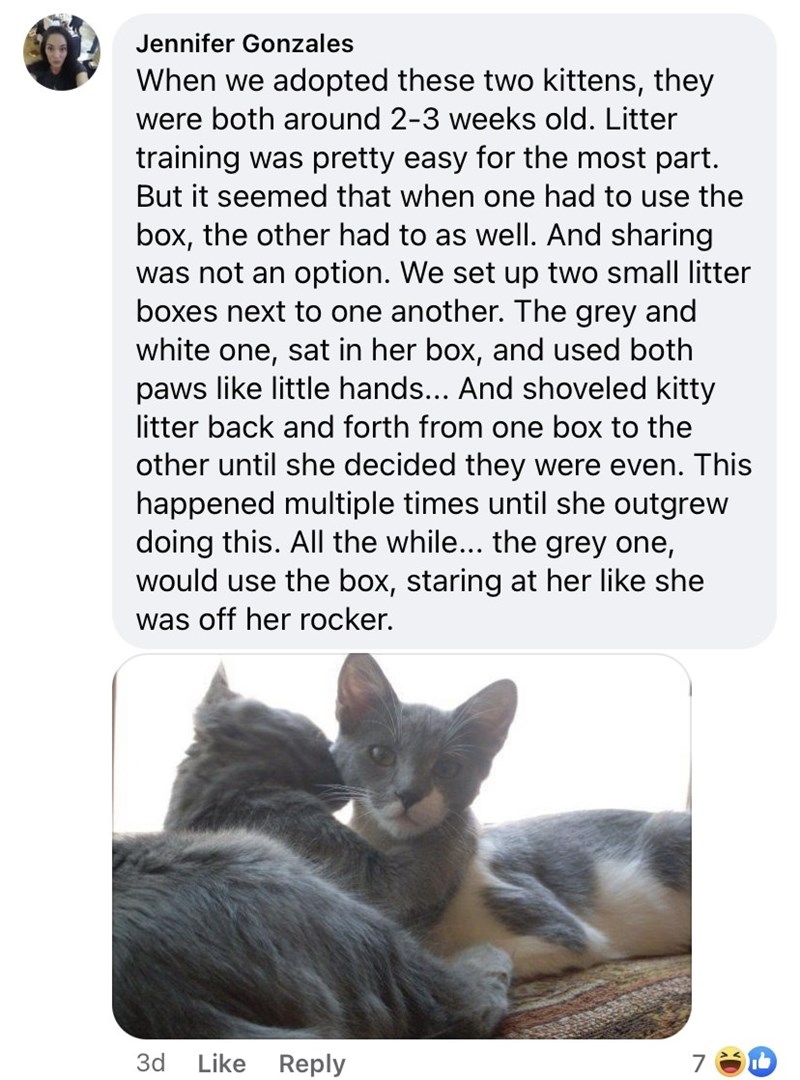 So hilarious that the other cat would just stand there still and watch its partner bewildered.

4. A sensitive stomach coupled with no potty training results in a potty disaster. 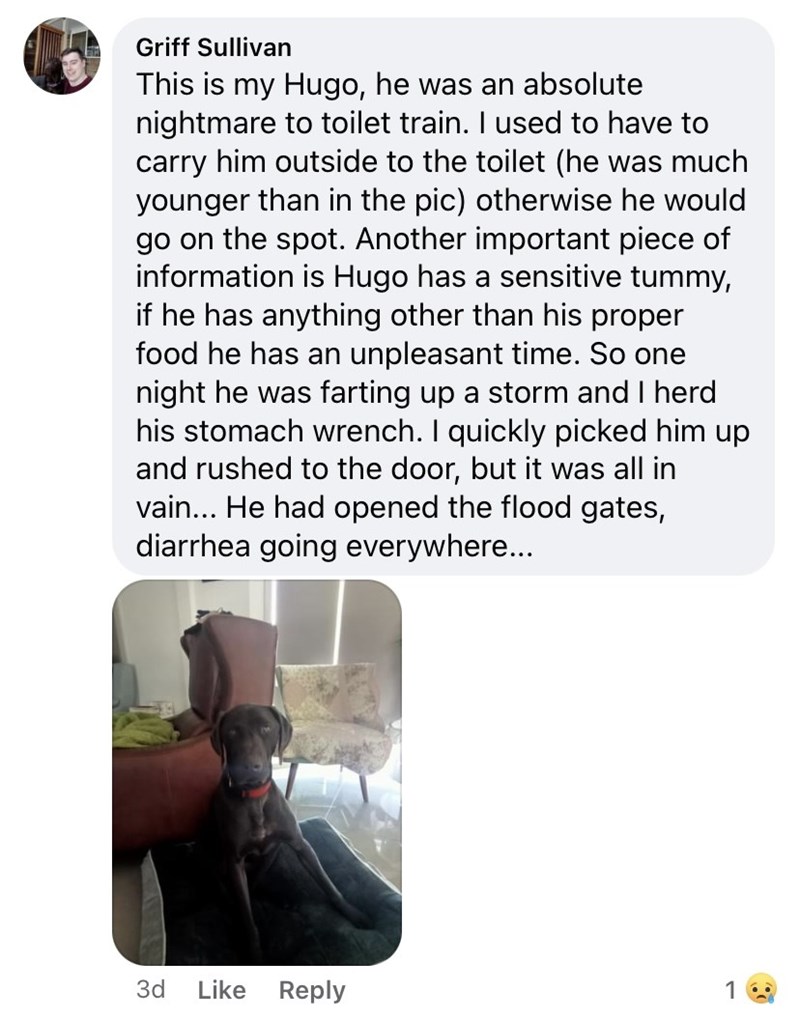 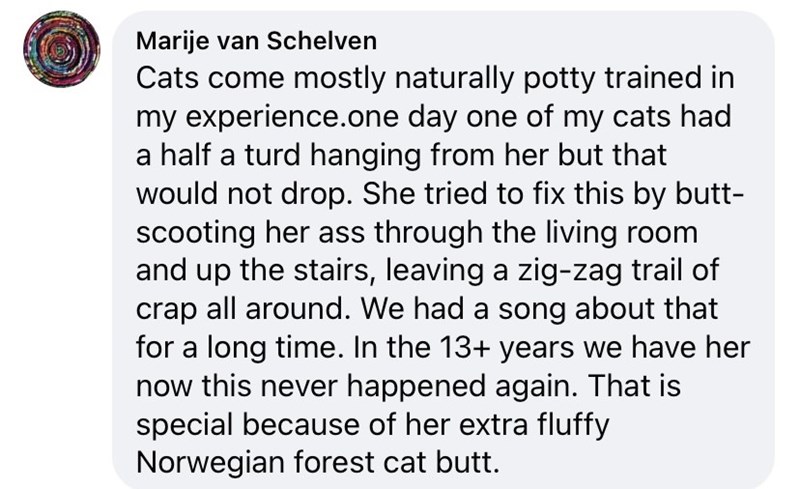 This was a hard read. Brb, puking.

6. God, husband was the culprit. 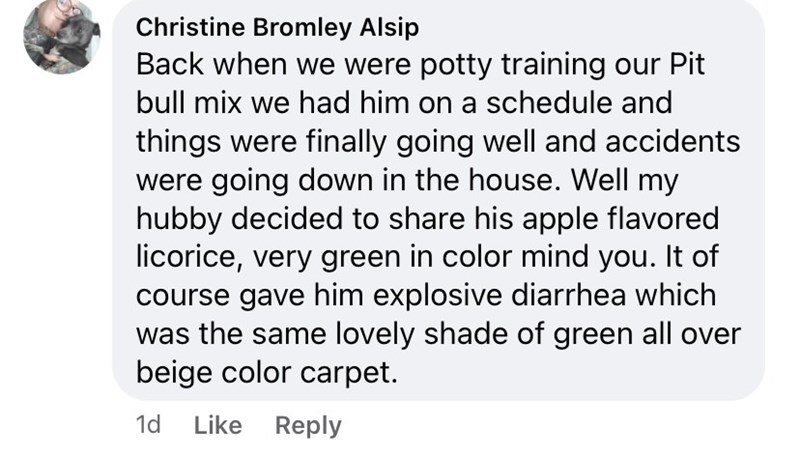 Explosive ones are the worst.

7. Well, they all have desires. 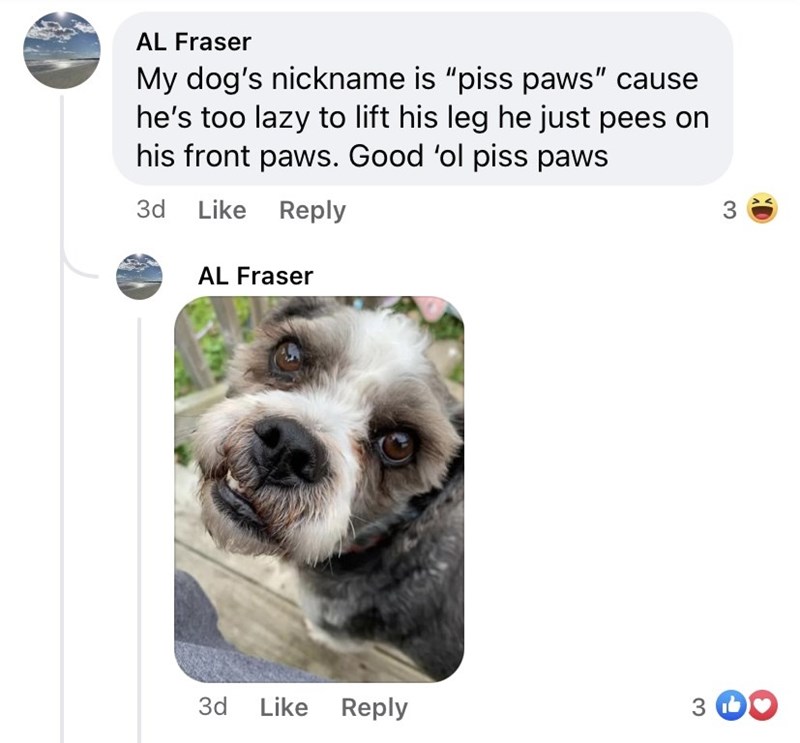 That adorable face and that hilarious nickname don’t really match up but what the heck.

This is actually hilarious. I mean, I don’t the people this happened with would find it hilarious but for the readers it sure is. Potty training is a feat and those who have achieved it, have my salute. Respect!

Let’s go through some more experiences. Scroll down below to continue.

You just can’t predict the next move of a dog. You really can’t.

9. Ah, it’s over for you if the cat doesn’t like you. No matter how trained, disciplined, it is over for you. 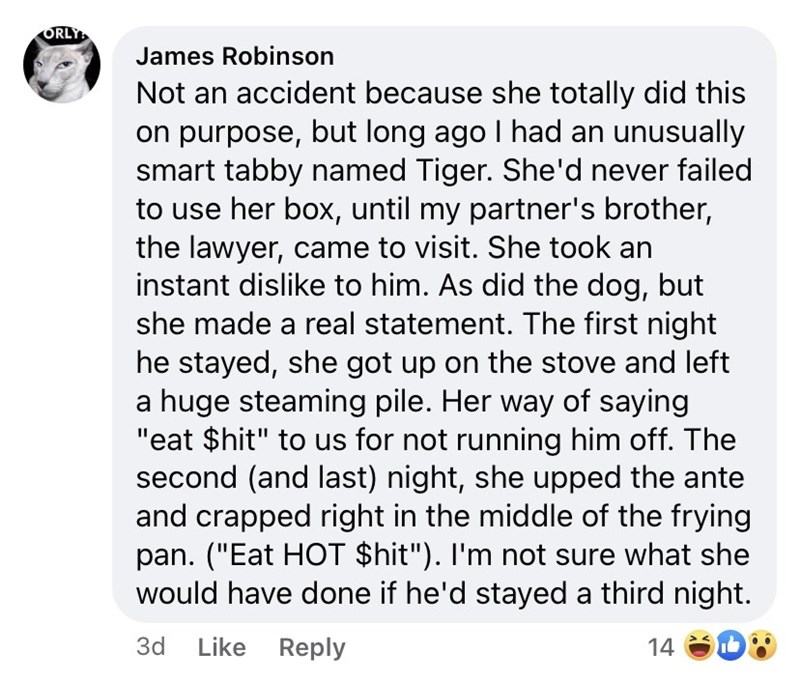 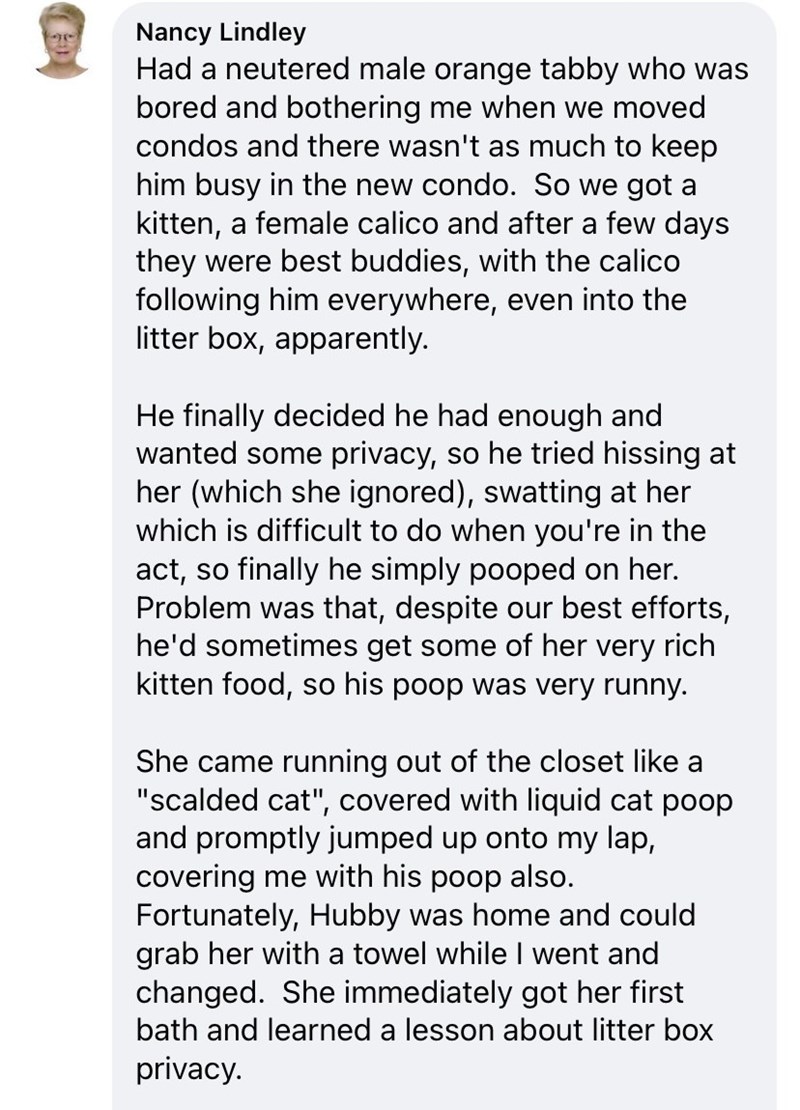 11. Cute story that ended up being extremely disgusting but we are glad the cat is okay. 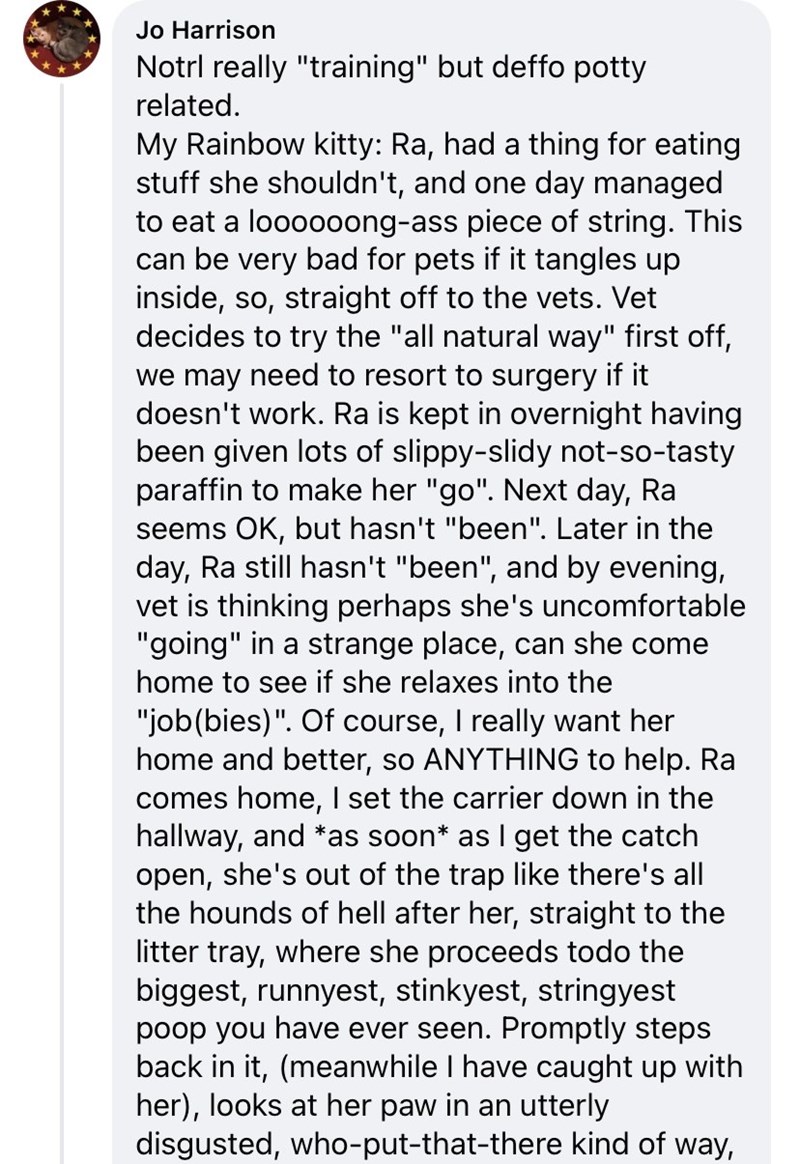 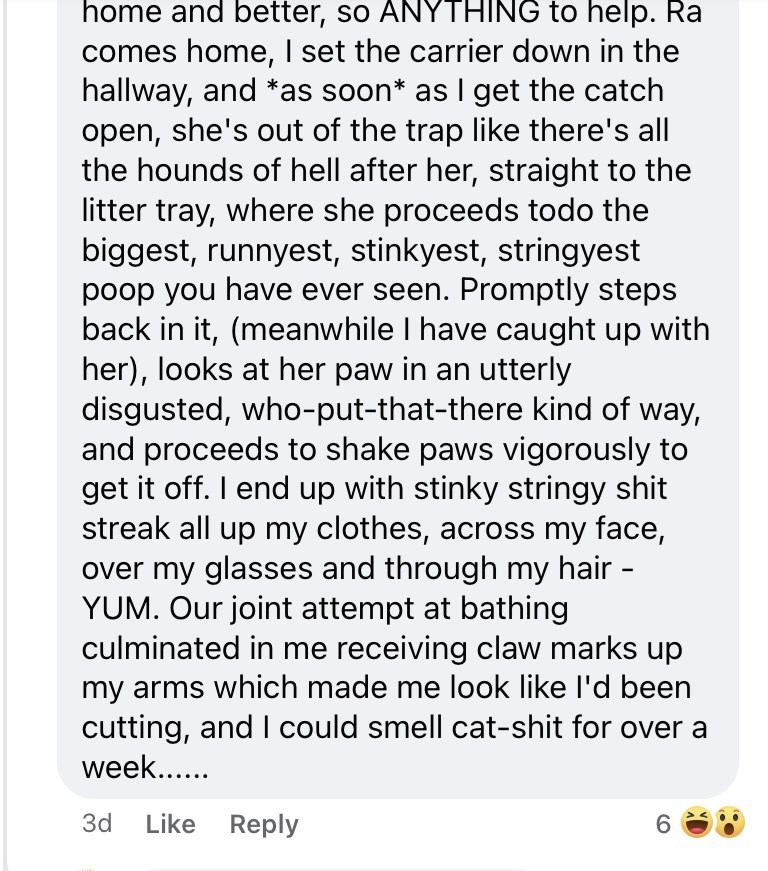 12. Cat poops where it wants to poop, you can’t really do anything about it. 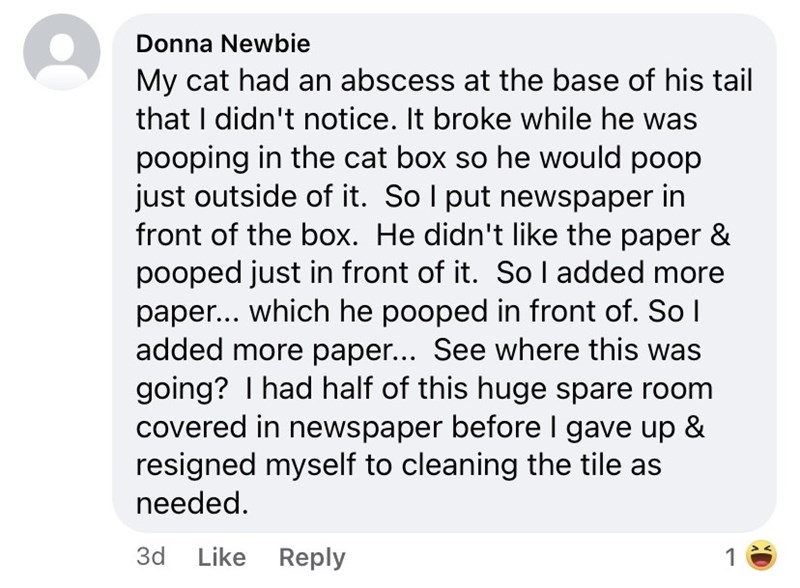 13. See the cat is not at fault here. Even the humans tend to leak at times when it is a liquid poop, that too an unexpected one. 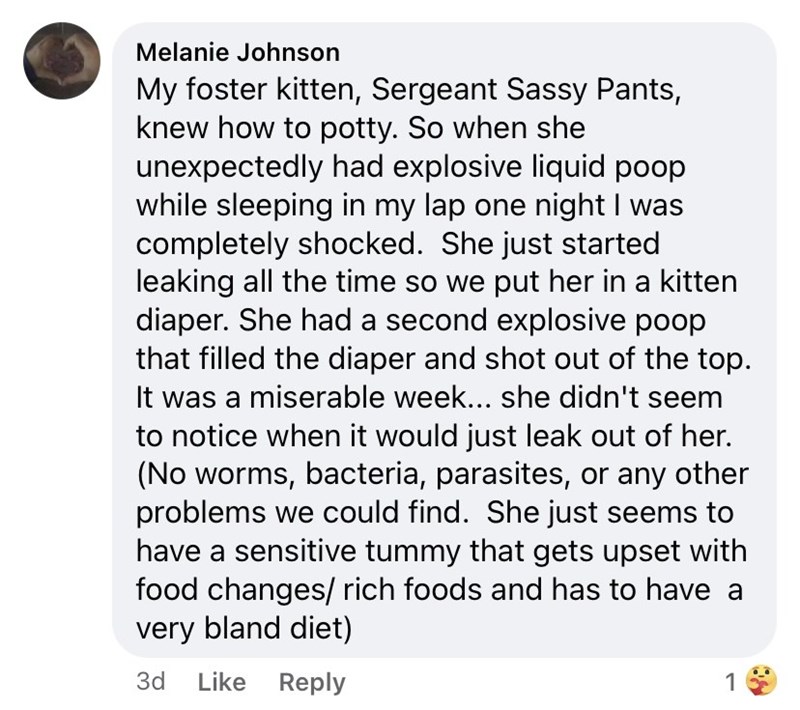 14. This is a hilarious disaster. lol! 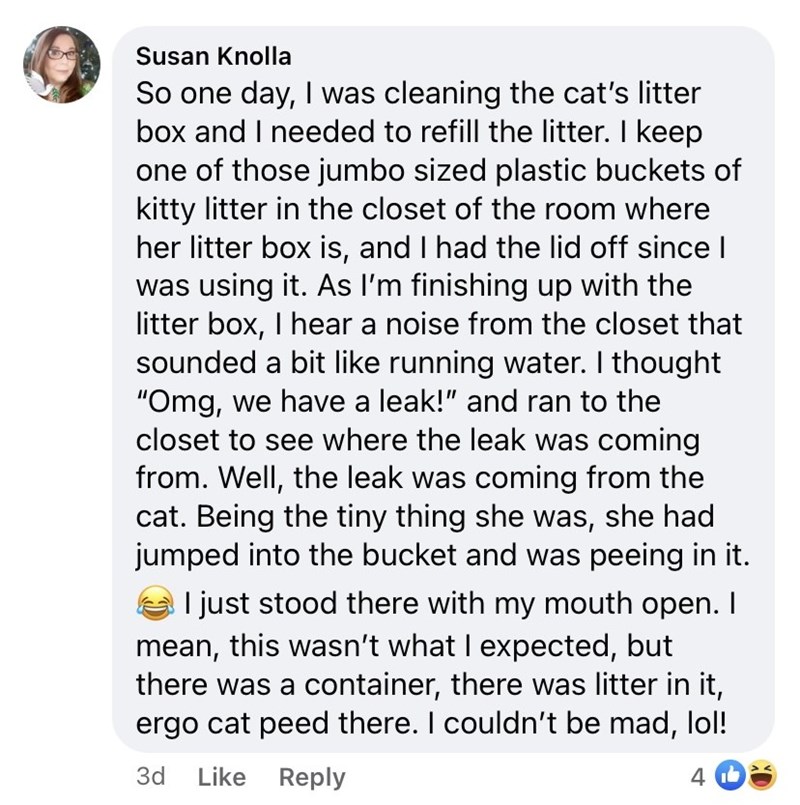 15. Aww he actually understood. So adorable. 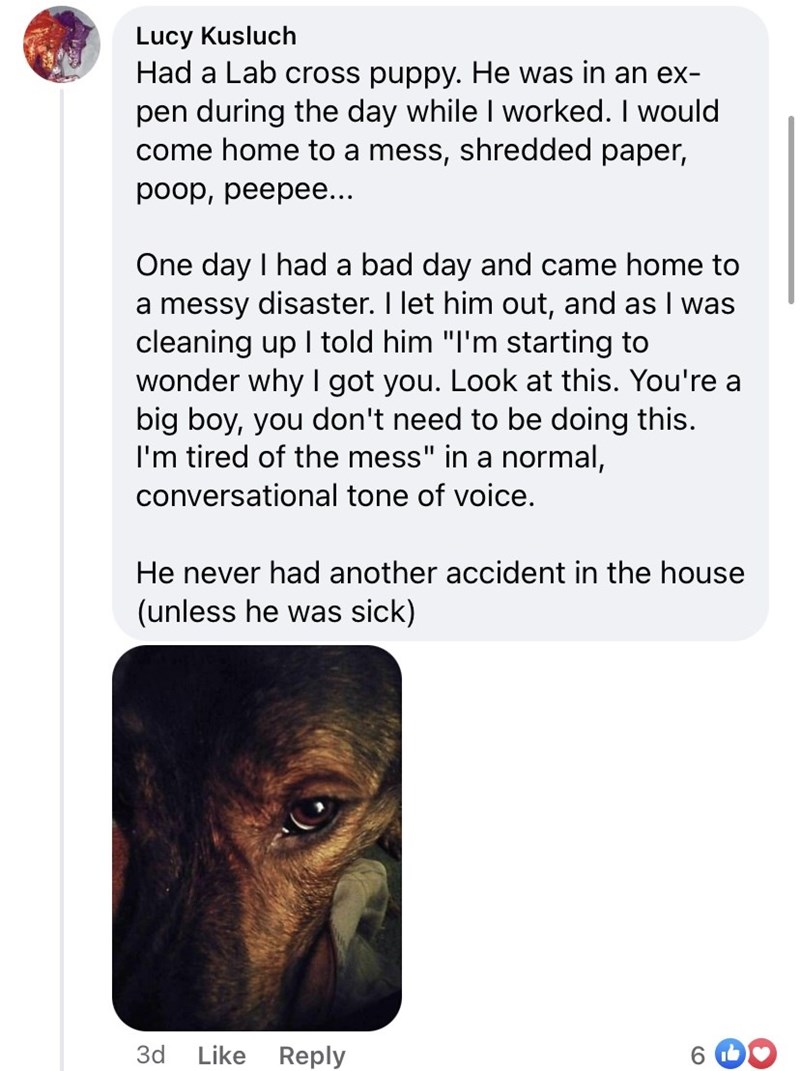