Sharing a room can either be a blessing or a curse.

Sometimes you don’t have a choice but to share a room. If you live in your parents’ house, sharing rooms with siblings isn’t that bad since they are your family and you are familiar with their habits. You can compromise on things if something goes wrong, and you love the person living with you(most of the time). However, moving out and sharing an apartment or room with someone else is a completely different experience. Sometimes, you are on a budget and can’t afford an entire apartment to yourself, or you are living in a college hostel, at this point, you have no choice but to accept whatever roommate you get. Now, it is on luck whether you get an amazing roommate or Satan’s spawn to share your living space with. Your roommate can either be your best friend or just another pain in the butt. In most cases, it is usually the latter.

This 24-year-old woman moved in with her roommate 6 months ago, and during this entire time, her roommate has not even once bought toilet paper. They agreed to take turns buying supplies for the house but the roommate did not stick to the agreement. So the woman started getting her own toilet paper and hid it in the room. She asked if she was wrong for doing so. Scroll down below to read the details of the story:

The woman kept reminding her roommate whenever it was her turn to buy the toilet paper, but the roommate would always make up excuses. 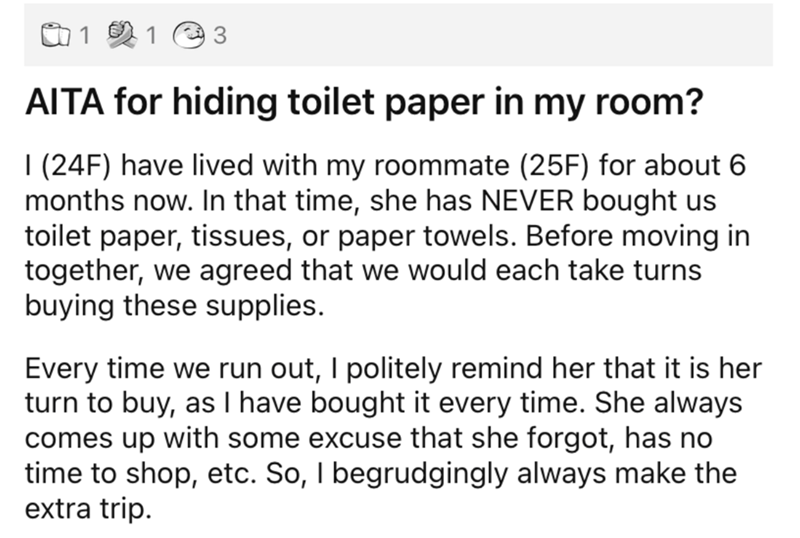 The woman even once asked her to pay her half, but the roommate would say she isn’t getting the correct brand and refused to buy the brand the woman was getting. 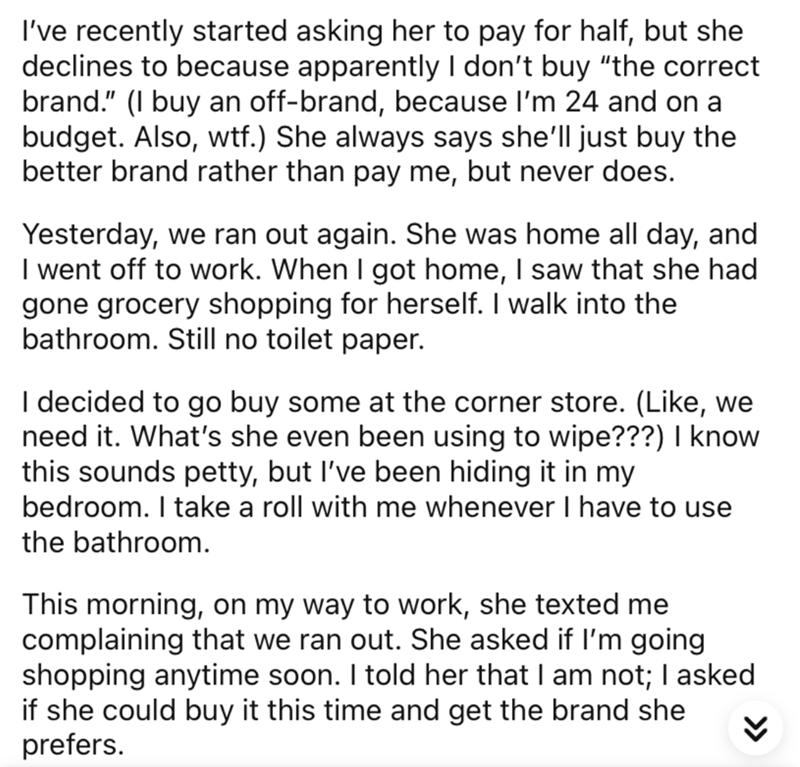 So, the woman decided enough was enough and bought her own toilet paper, which she is currently hiding in her room. She asked if she was wrong for doing so.

In my opinion, the woman is only doing what is fair. Her roommate is not her responsibility, and if her roommate can not stick to her word then the woman should not be concerned about the agreement or the hidden toilet paper. It is her money, her stuff.

Every person for themselves.

The roommate is cheaping out. 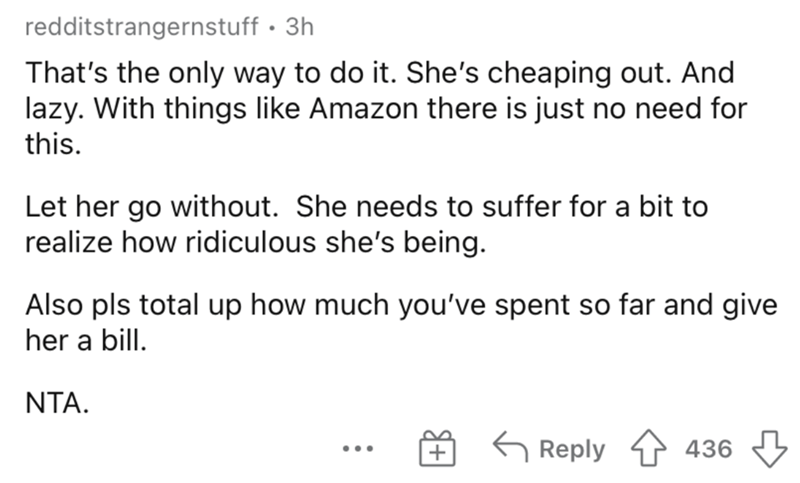 She will go buy the toilet paper once she needs it without someone else buying it for her. 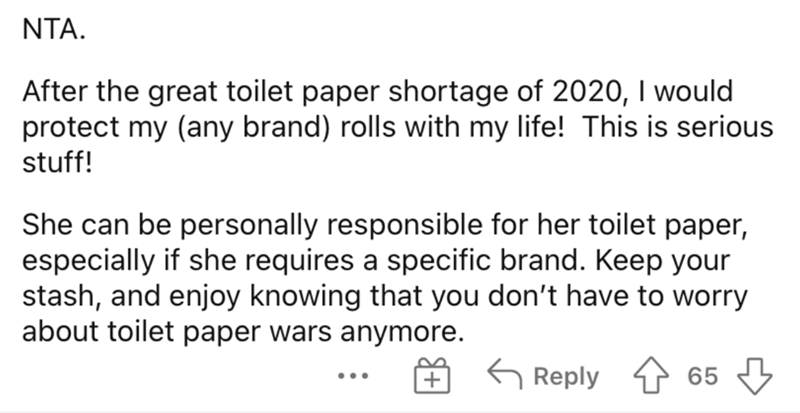 They can only survive if both of them contribute.

That is just disgusting.

This is the only way she would learn her lesson.

The woman is not her caretaker.

It is time she does her part. 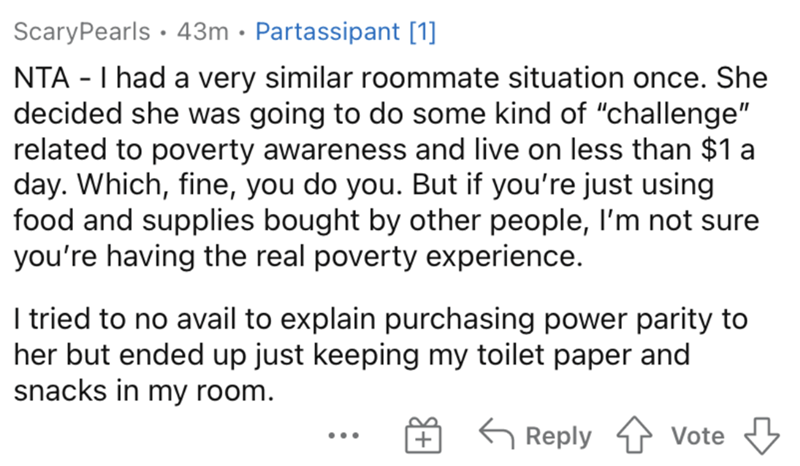 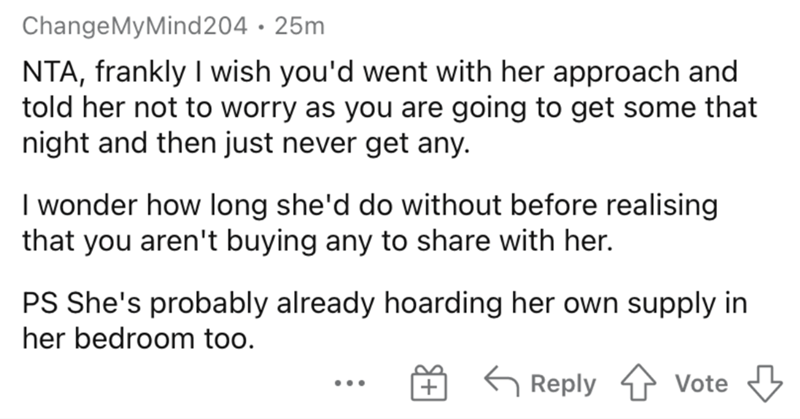 Who do you think is in the wrong here? Share your thoughts with us in the comments below!