Love can turn a thin, hungry pet into a fluffy cloud of love.

What is it that love cannot do? Nothing seems impossible when we are surrounded by love. The same is the case with pets, when they are given love, they show some of the incredible transformations that are hard to believe they are real. Animals are lovely creatures but some of the owners go so low that they dump them but few of them got lucky to reach in the safe hands and landed in the perfect homes where they were destined to be. Scroll down to see how some of the pet owners rescued the hungry and thin pets and then turned them into the fluff balls of love.

1. Oona when she was rescued vs. Oona now. 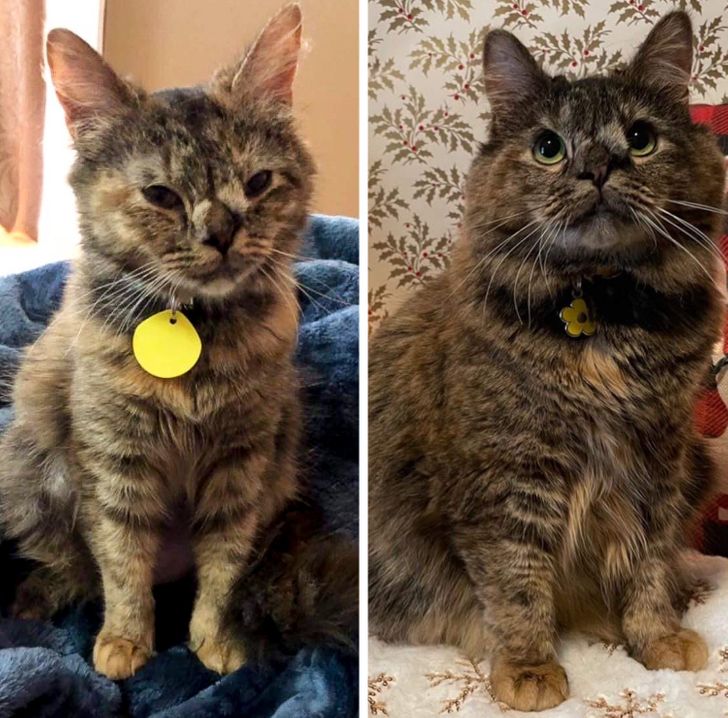 2. She was terrified of everything and everyone when rescued. Now she is the most confident I know. 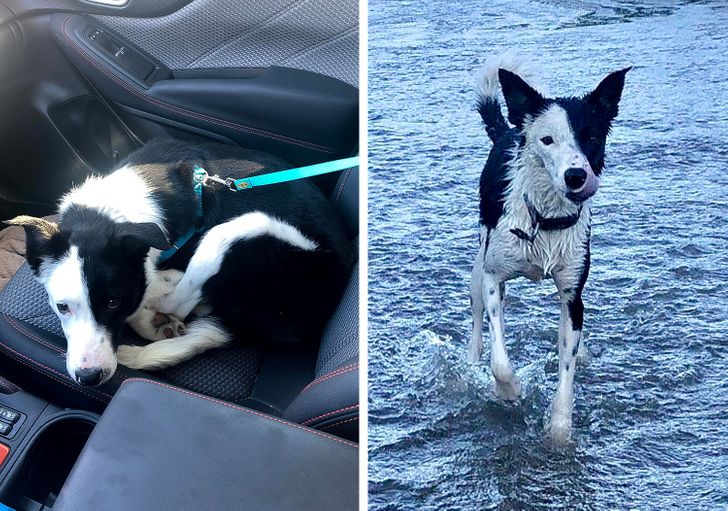 3. The first day she was adopted vs. now. 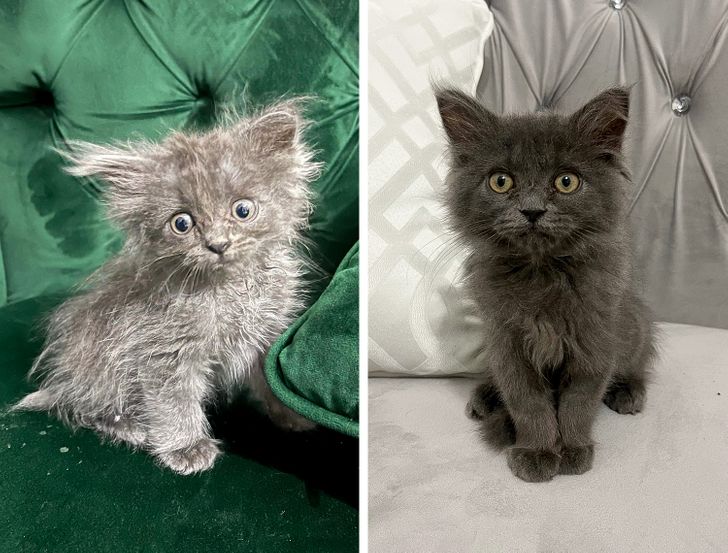 4. From being an abandoned pup to becoming my absolute best friend. 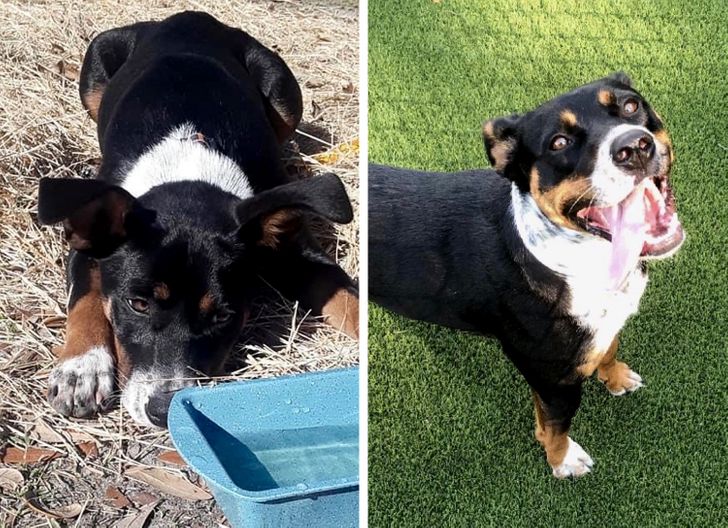 5. From rescuing her from a dumpster to seeing her enjoy life. 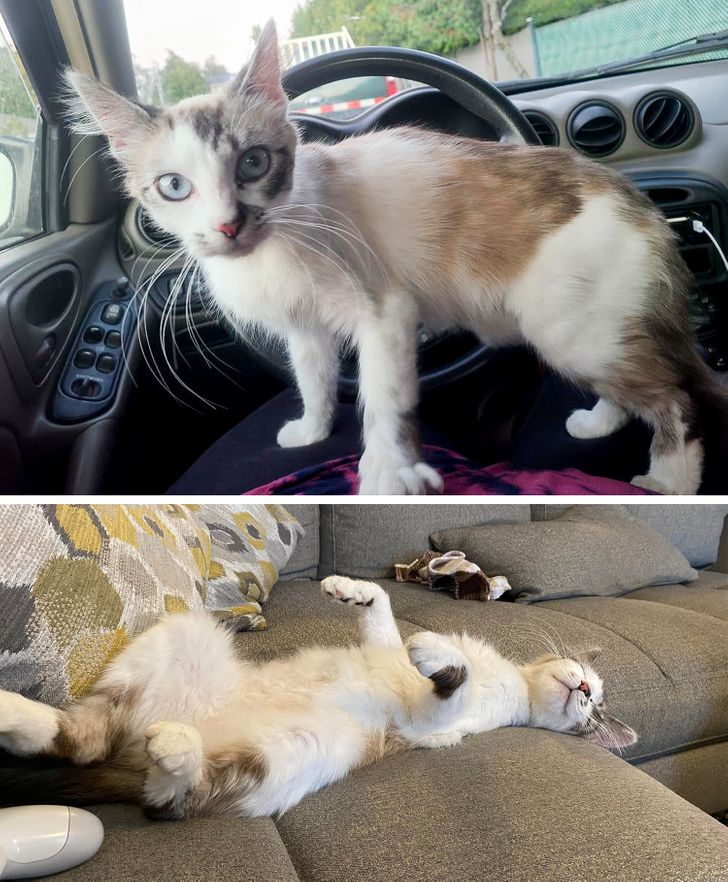 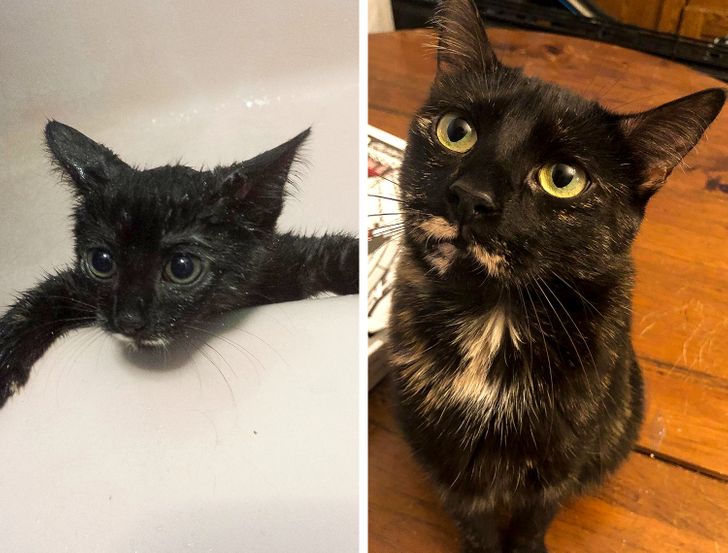 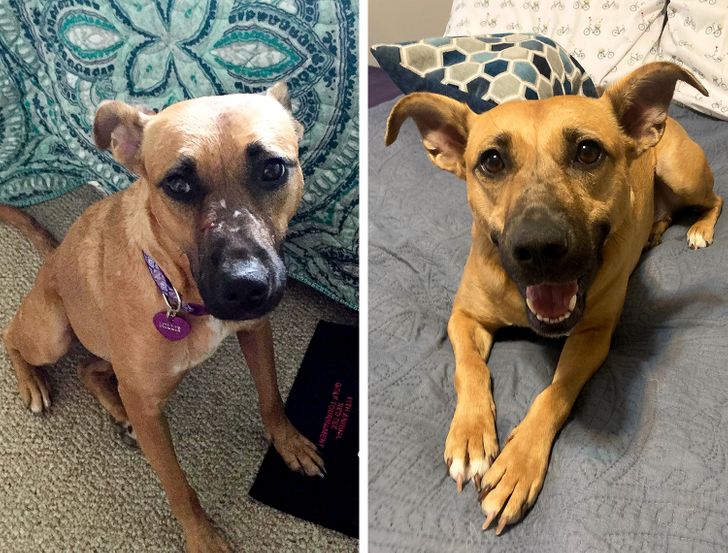 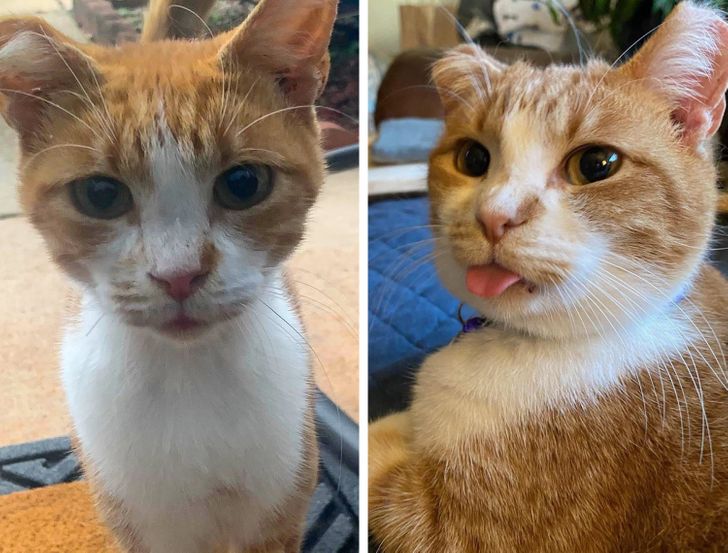 This guy was found dumped in the neighborhood and the owner rescued him and decided to adopt him. The owner has transformed him completely in one year. That’s what we call a real transformation. From thin to being a fluffy cloud of love, this guy is on his way to steal many hearts. These transformations are proof that love and care can transform anyone and literally anything. Scroll down to take a look at more of these beautiful transformations.

9. “My husband thought that’s the ugliest dog he has ever seen.” 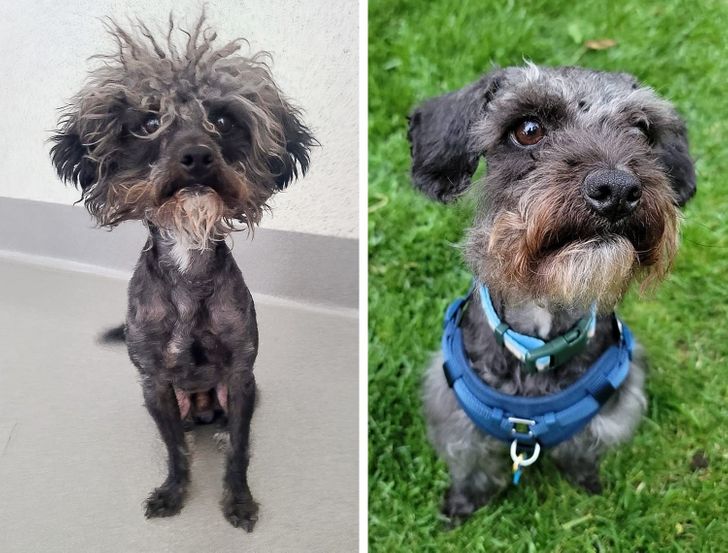 10. She was hungry, scared and pregnant when she was rescued. We raised her babies and now she gets to be babied by us. 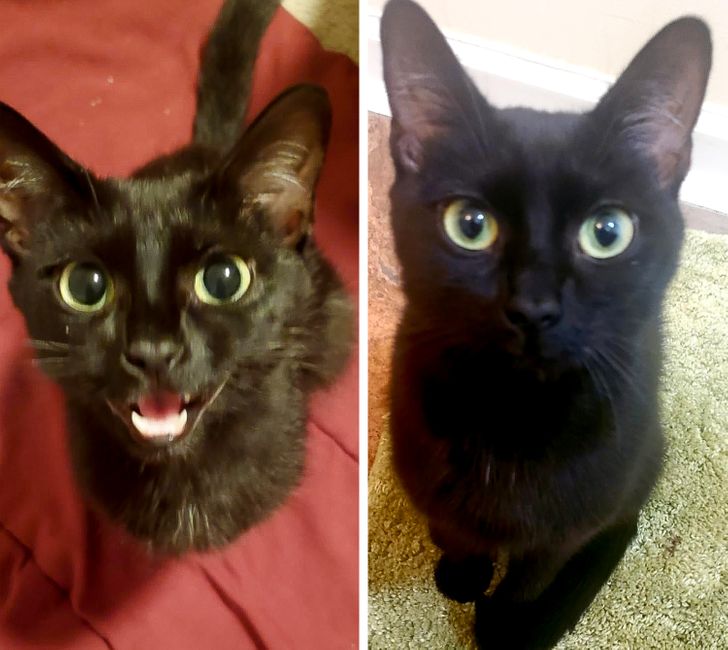 11. From being a skinny guy with prominent ribs to being a 60 pounds guy. 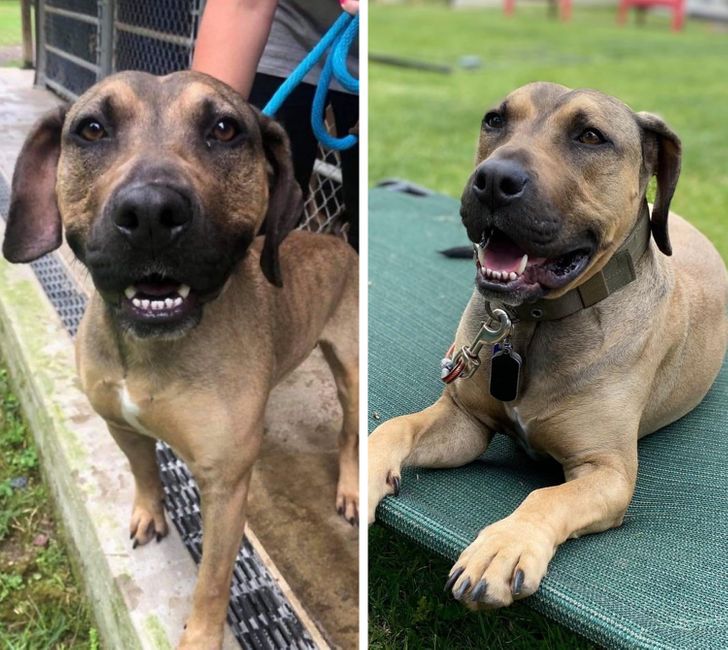 12. After six months of living with us. 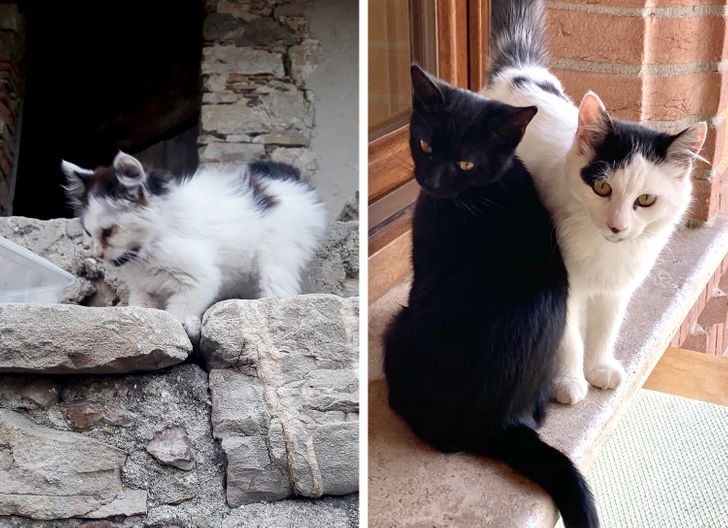 13. When Tony was adopted vs. after six years. 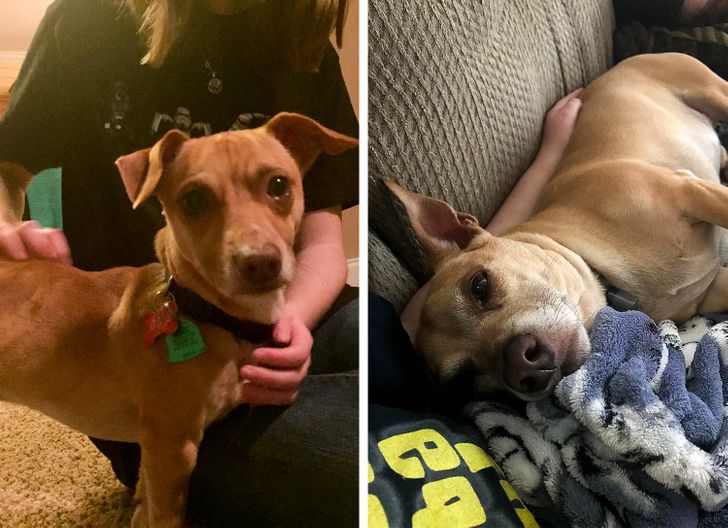 14. She couldn’t lick at the time of adoption and was fed by droppers. Thought she was breedless, turned out to be half-Persian. 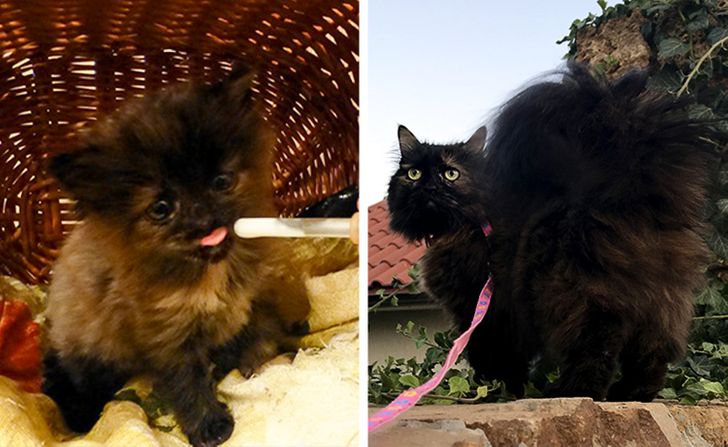 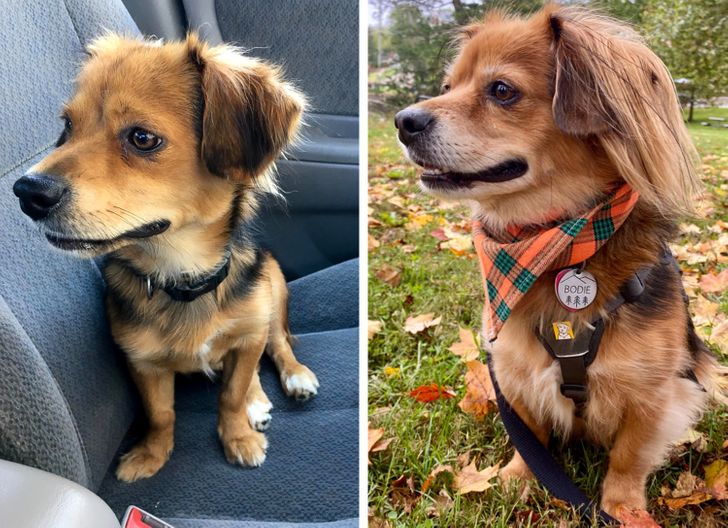 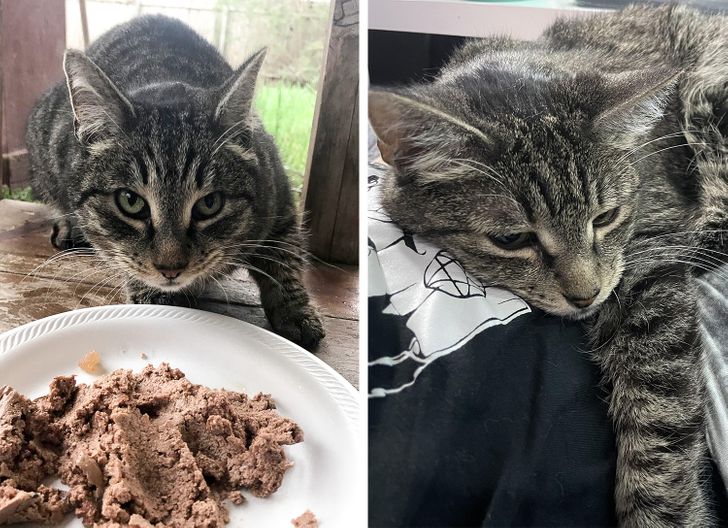 17. She was dumped twice by her owners and was thin and scared at the time of adoption. Look at how fluffy she is now! 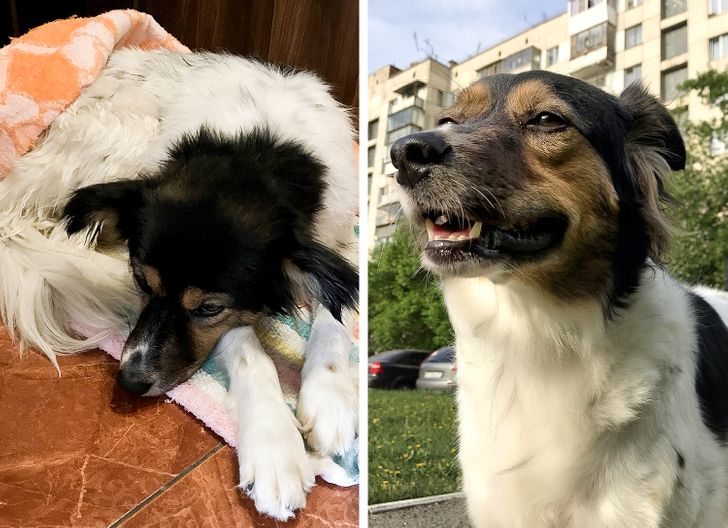 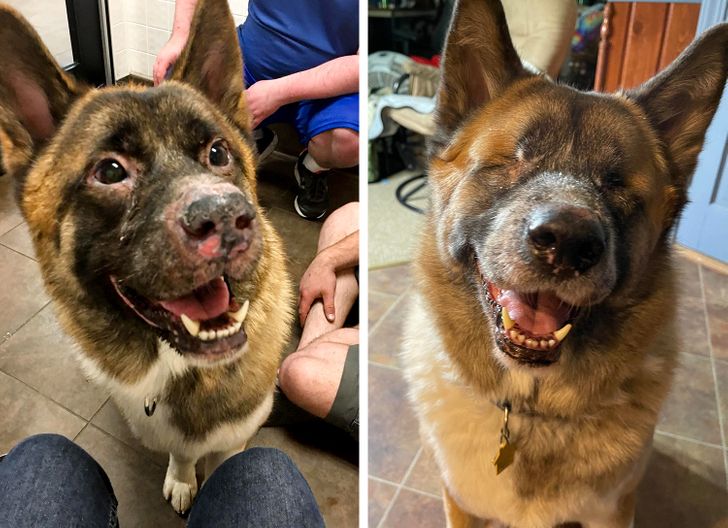 This doggo has Uveodermatologic Syndrome. It is an autoimmune condition that affects the eyes, hair and skin the most. In less than a year, this good boy has transformed beautifully. Look at that million-dollar smile. His laugh tells us all how happy and healthy he is. We wish every pet finds a loving home and get to be a fluffy cloud of love that we can adore. Can you remember how your pet was like at the time of adoption? Share their pictures with us!