Animals are curious by nature.

And that means that they want to lick and touch everything that is in their sight. Usually, this is not a problem since their shenanigans can be adorable. But sometimes, it takes a turn when they start eyeing your food. Even if they have just been fed, there is a high chance that they will want to eat your food. This is why some pets get so chonky so quickly. They don’t have the brain response that tells them that they are full so they should stop eating. This is probably why many people invest in portion control food devices for their pets.

However, most of the time, this just makes them angry and they will take this anger out on your food by stealing it and running away, never to be found again. But sometimes they do get caught red-handed. How can anyone stay angry at them when they look so innocent? Their eyes will always say that they haven’t done anything wrong even if they have the food in their jaws. And you can see that for yourself by scrolling below.

#1 Was she not supposed to steal it when the food looked so good? 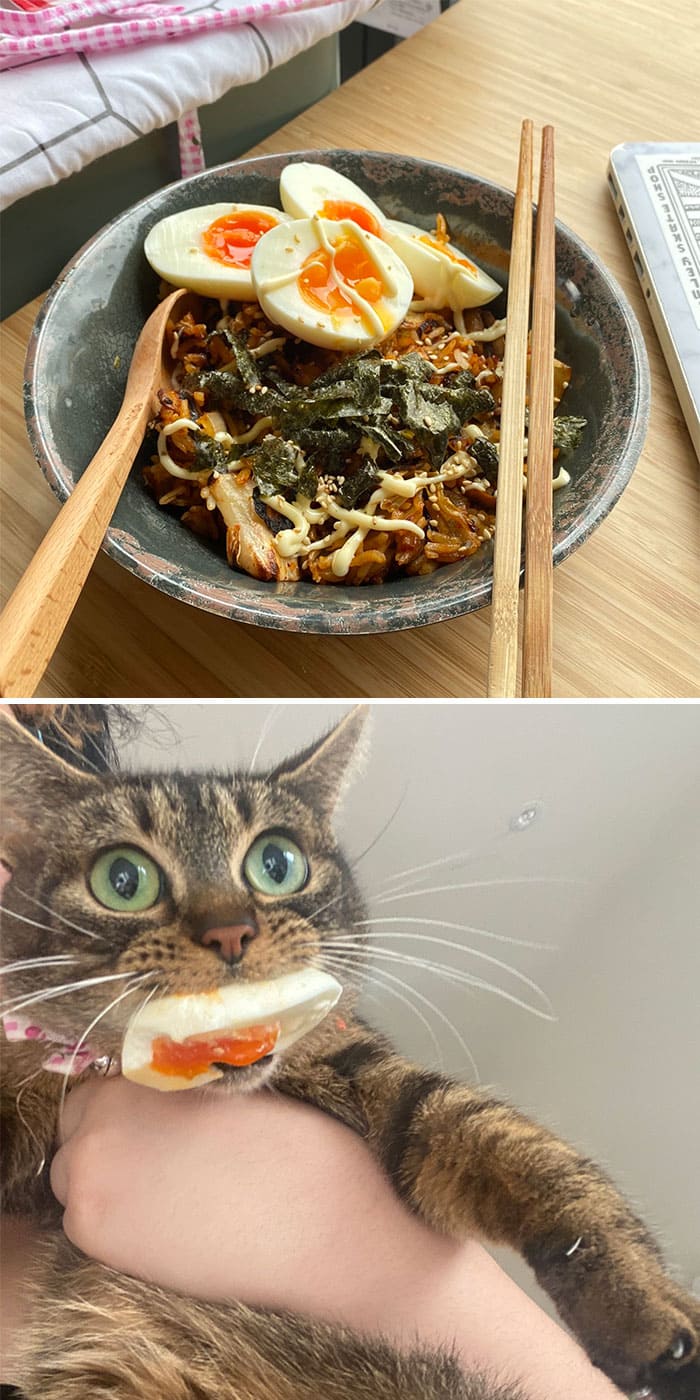 #2 That is actually an ingenious idea. 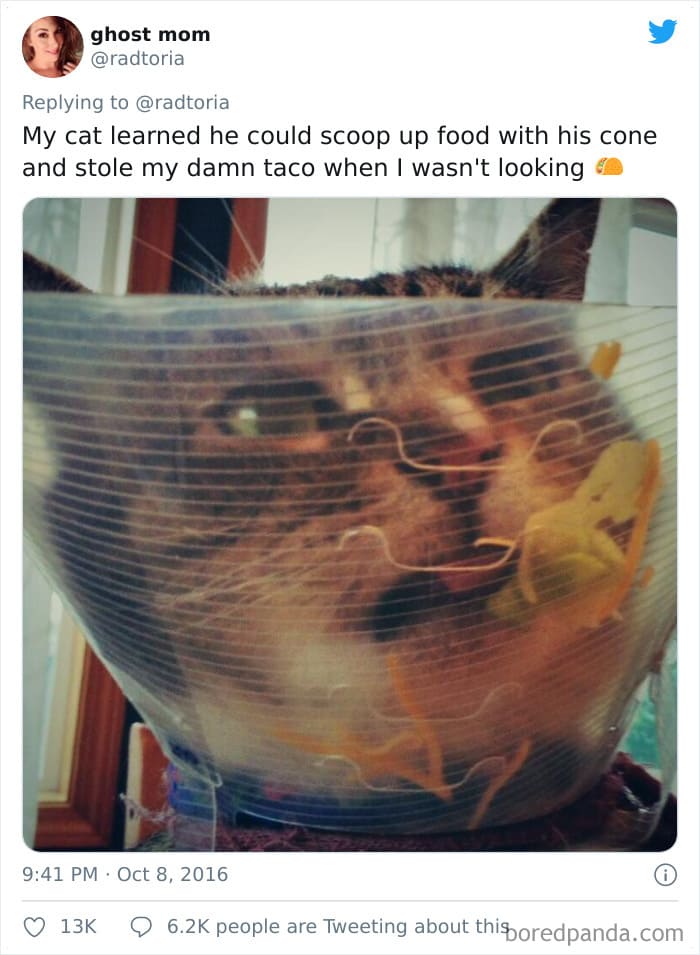 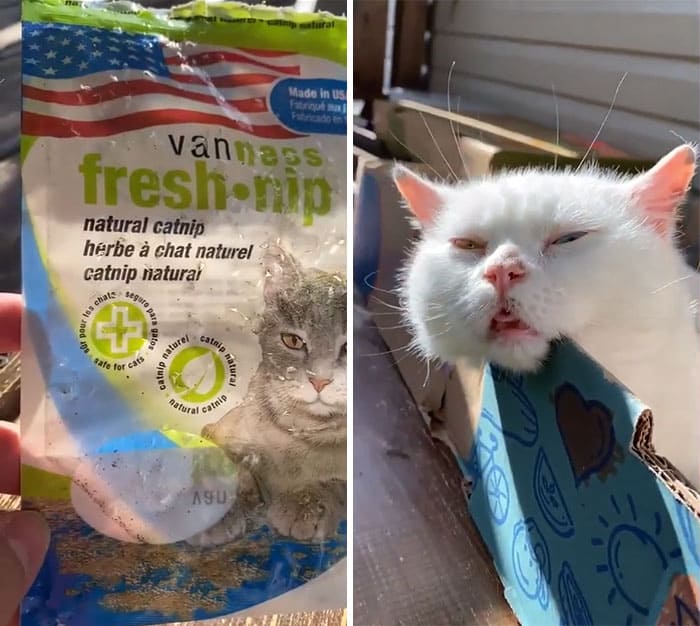 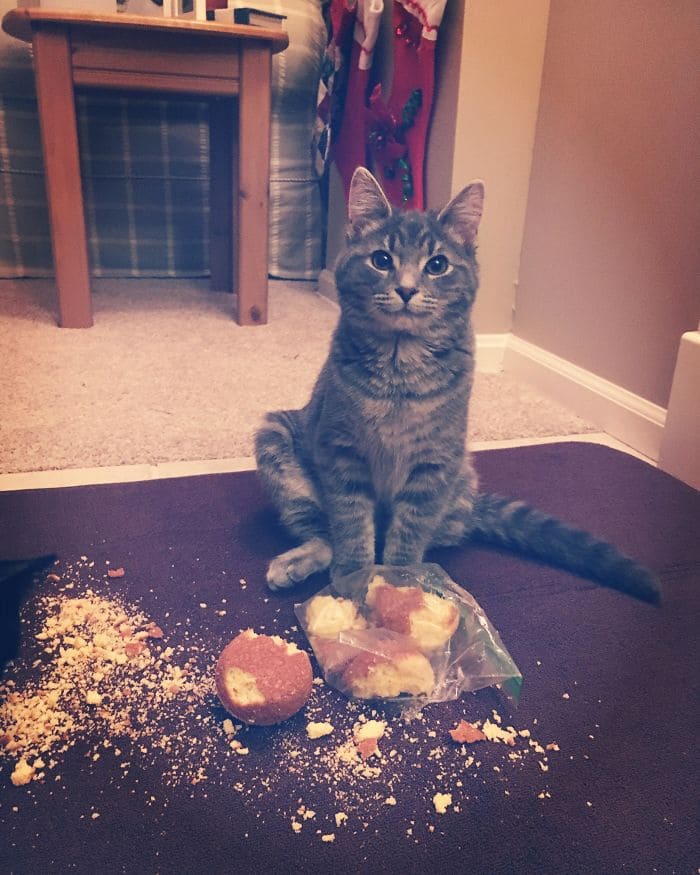 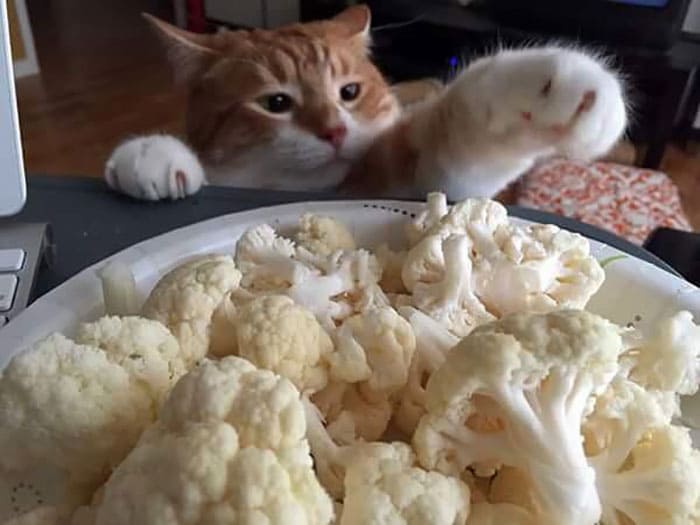 #6 He knows that he has messed up. 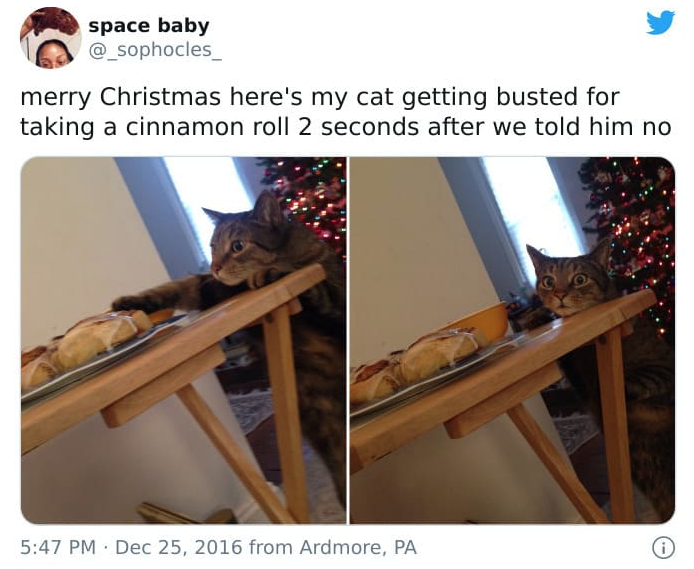 #7 He brought home a gift for his hoomans, a box of nachos. 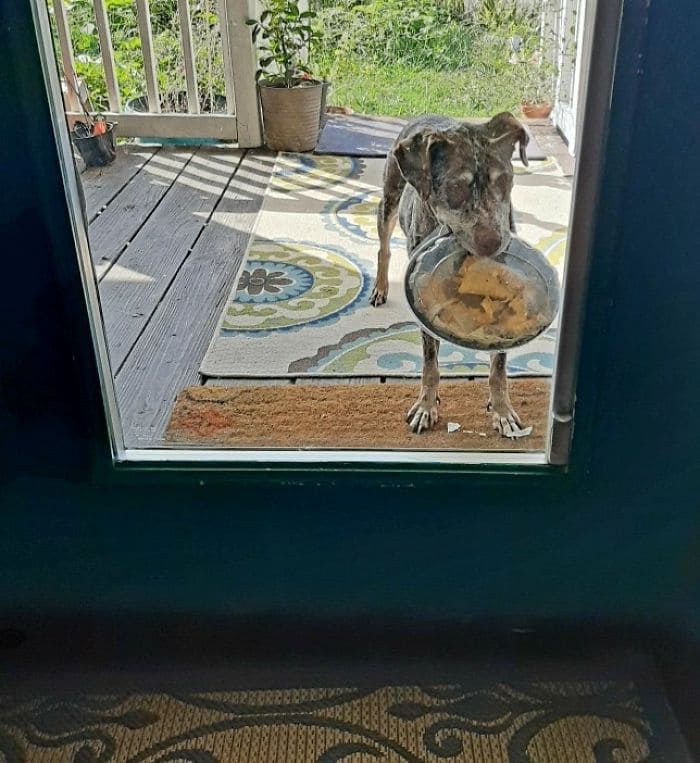 #8 The face of someone who was hungry. 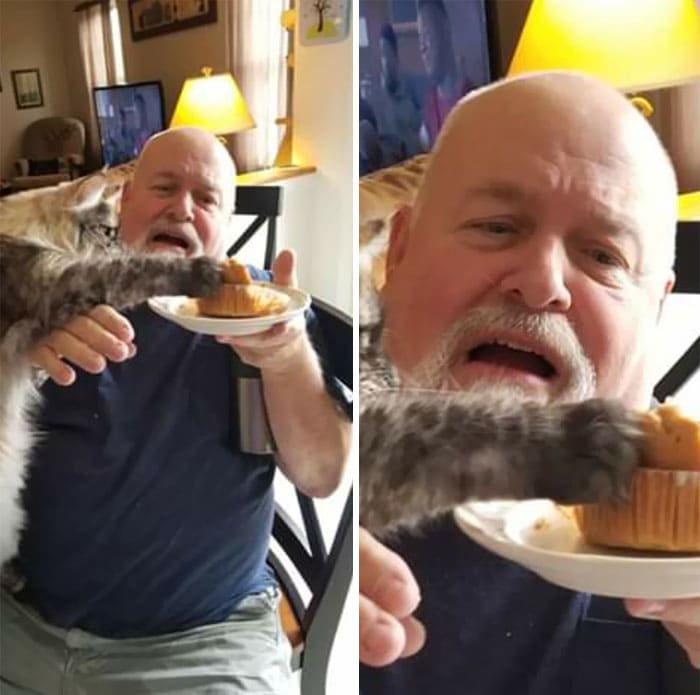 #9 When you get caught binging in the middle of the night. 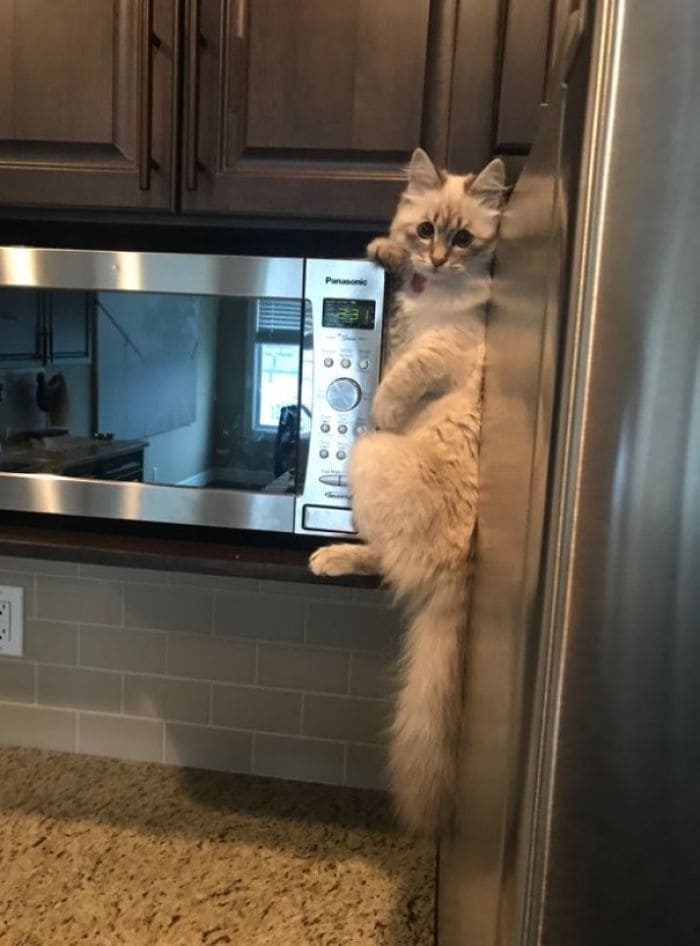 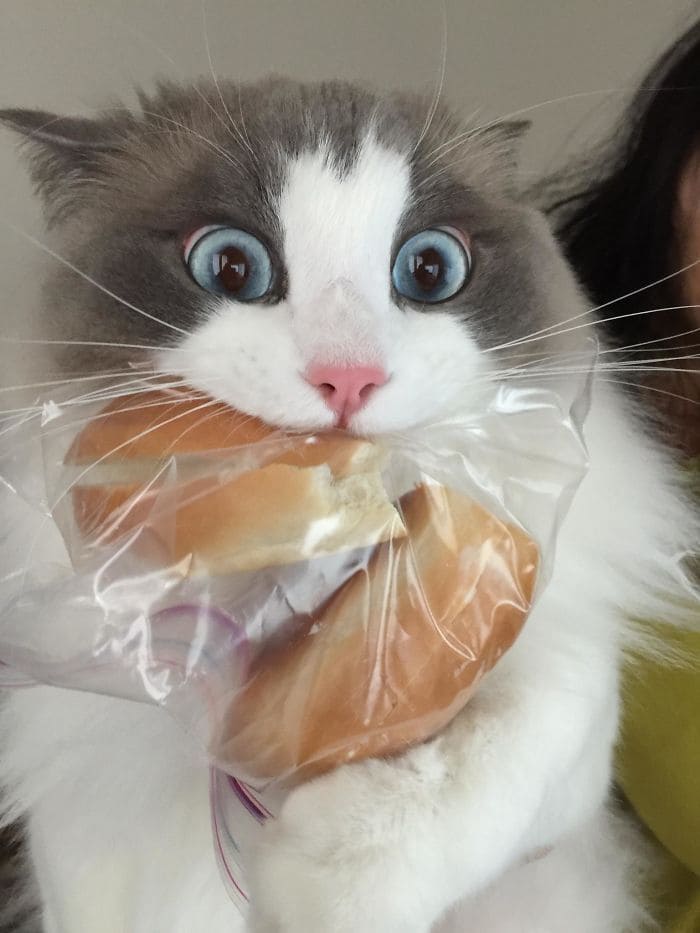 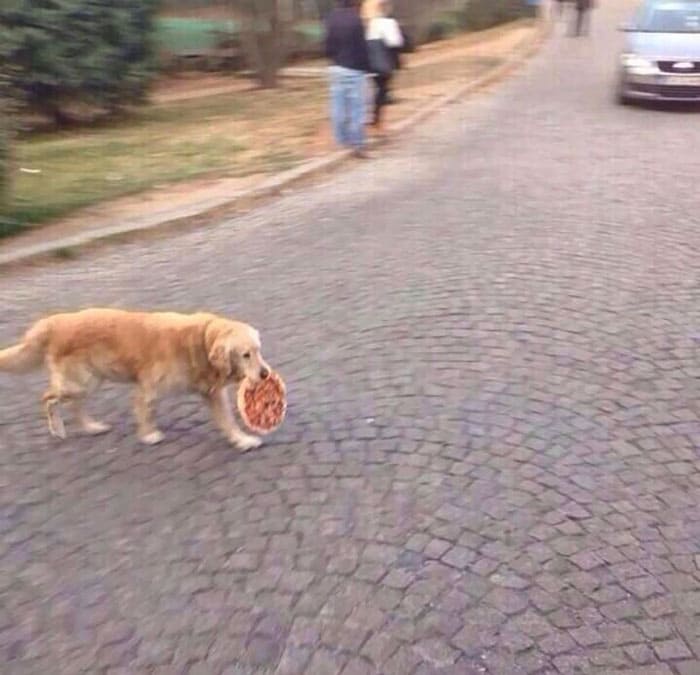 #12 He is trying his hardest to have a taste. 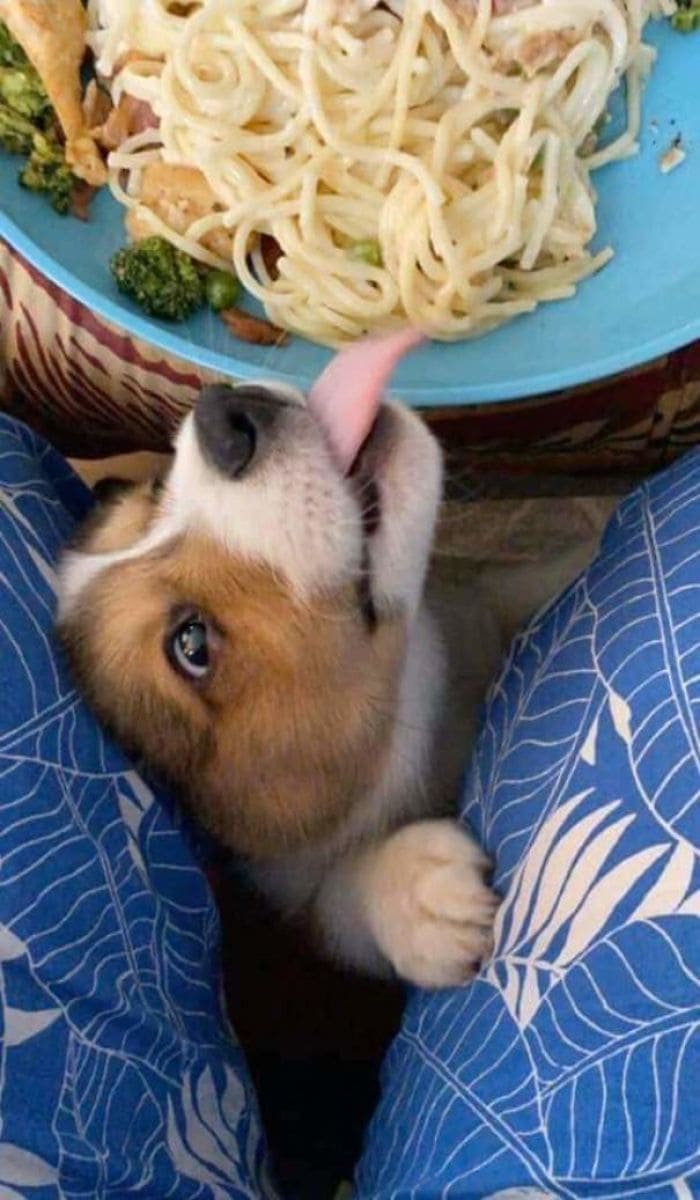 #13 He is regretting all his life choices right now. 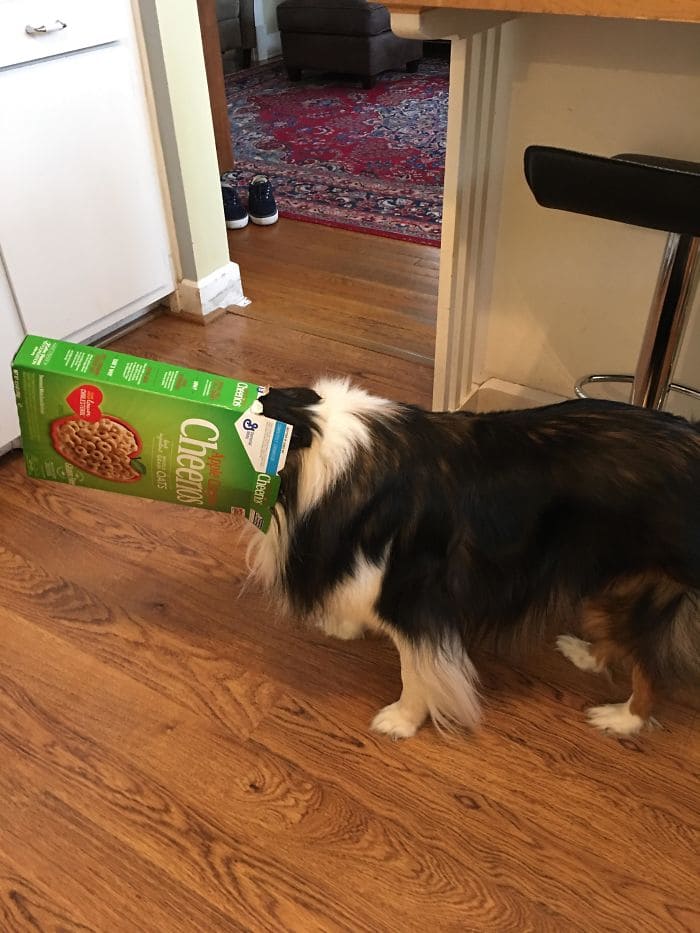 If your pet doesn’t stop stealing your food, a way to deter them from doing this is by giving them their own food at the same time you are eating your own. This way they will be too focused on their own and this also helps animals feel like they are eating alongside you. Cats and dogs are social animals, so they like companionship even while they are eating. While this is not a foolproof plan, there is no harm in trying.

You can also eat your food in another room, but what would be fun in that?

#14 When you don’t know how to get out of the mess you created.

#15 He just wanted a strawberry. 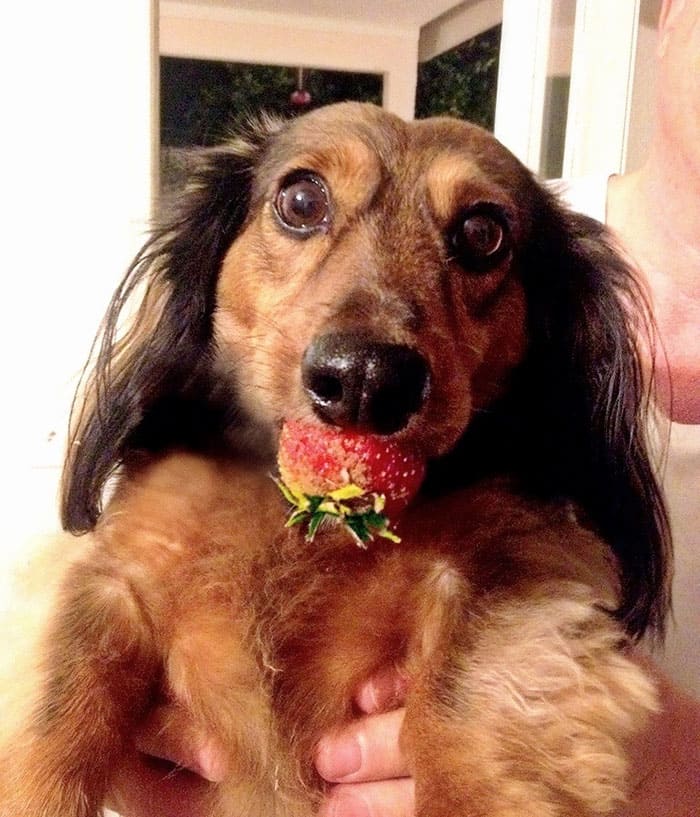 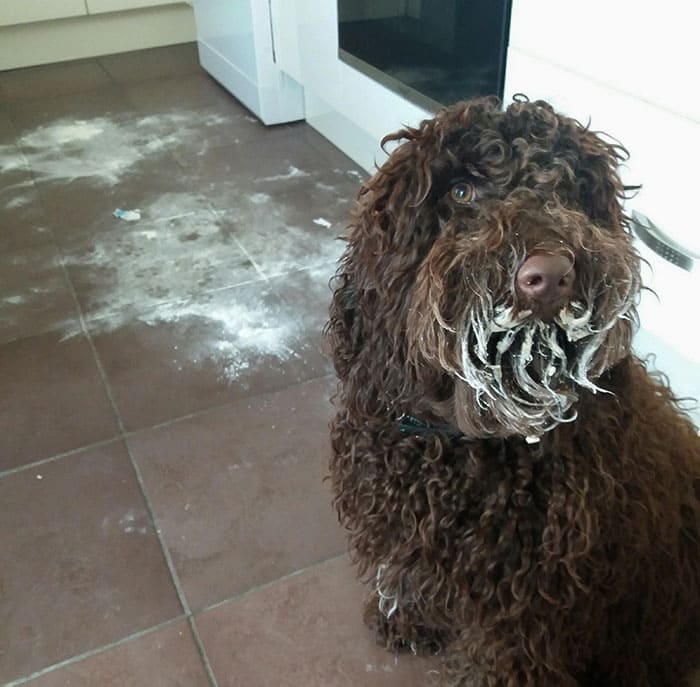 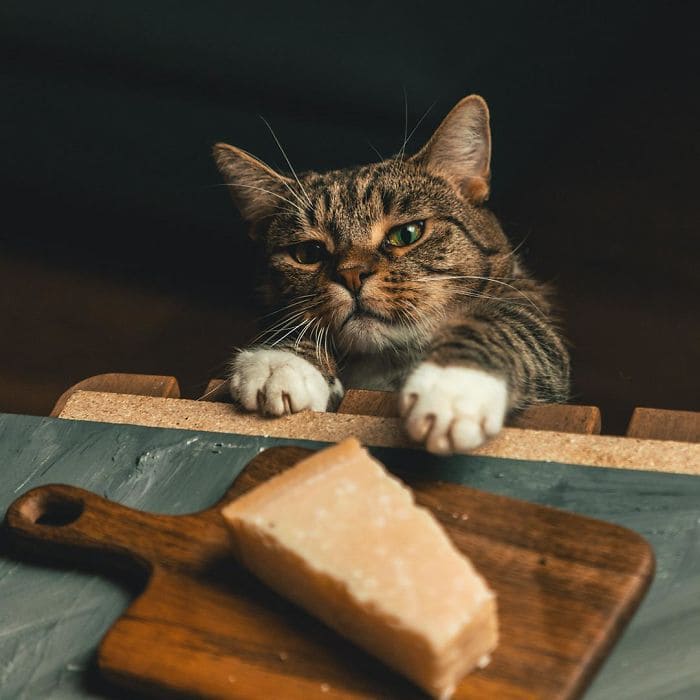 #18 When you try to hide the food you just stole. 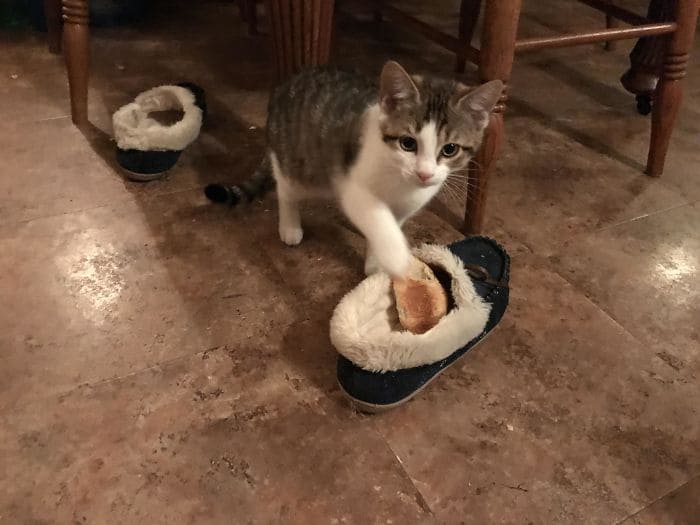 #19 This is one angry kitty after being caught. 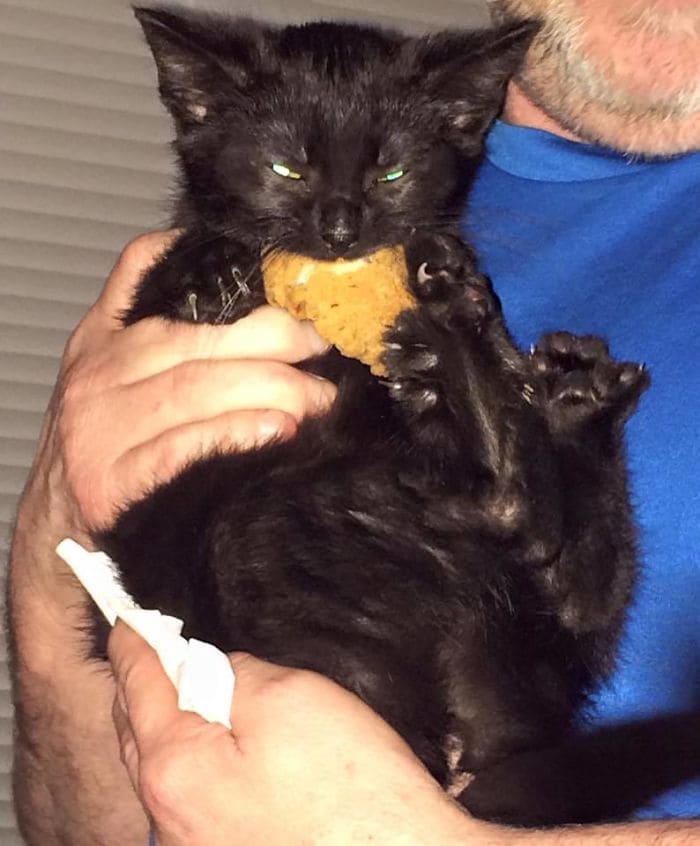 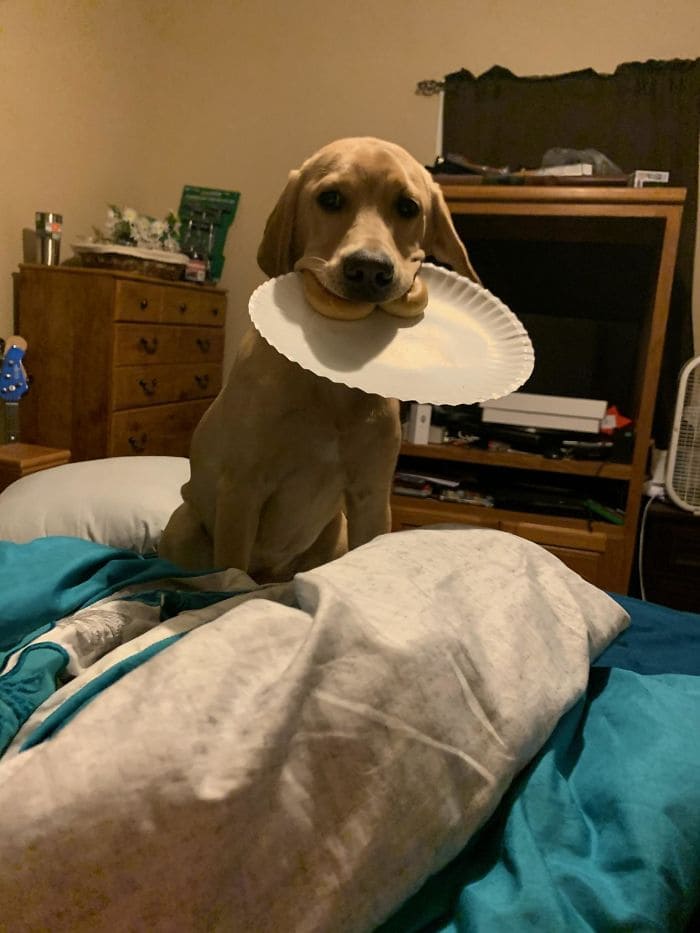 #21 The sandwich would be tastier without the plastic. 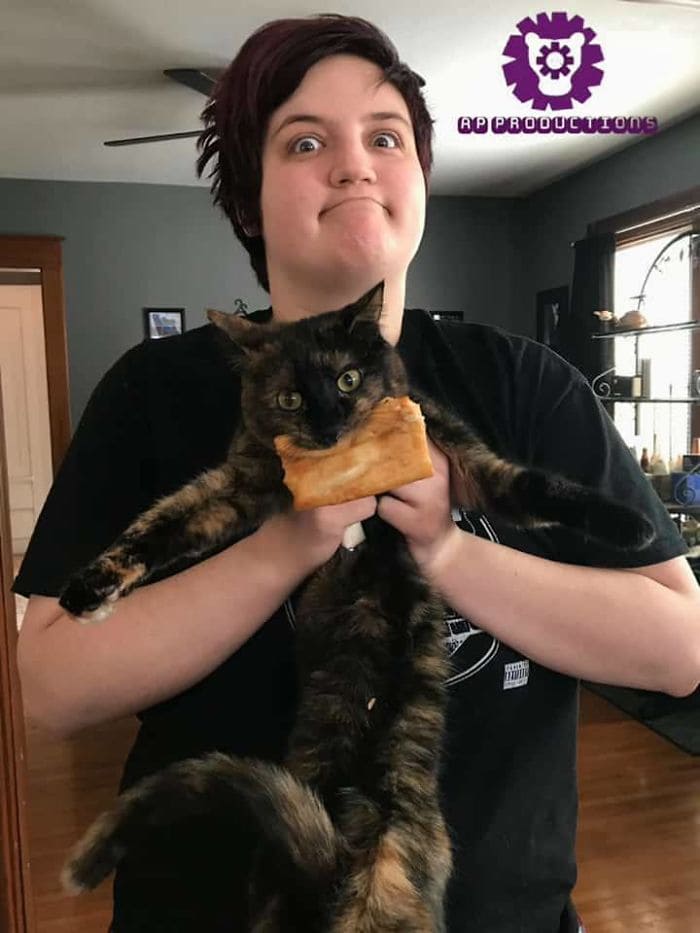 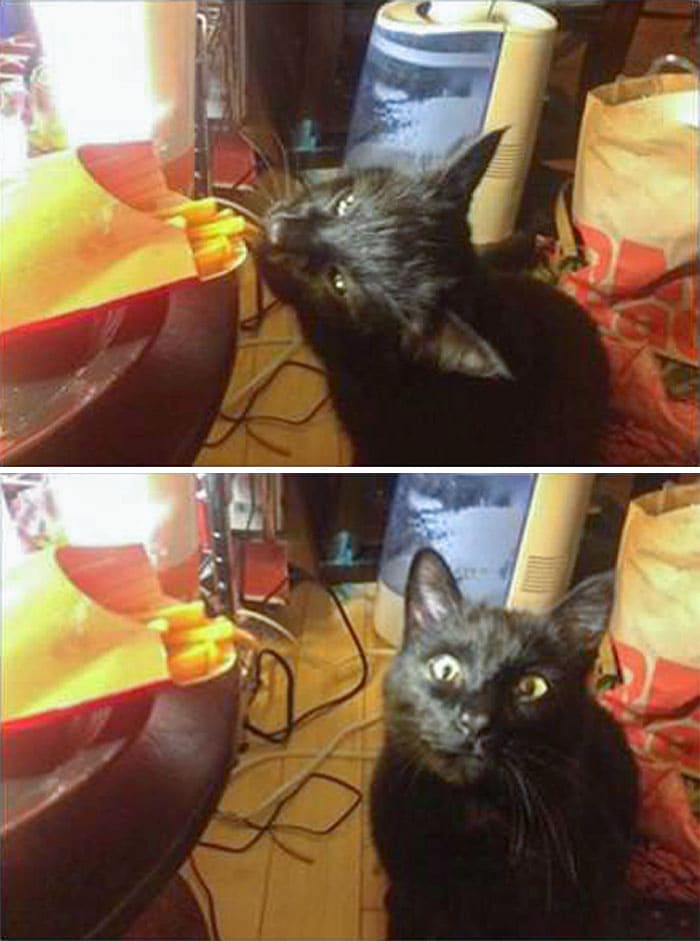 #24 The fork is still stuck in the chicken. 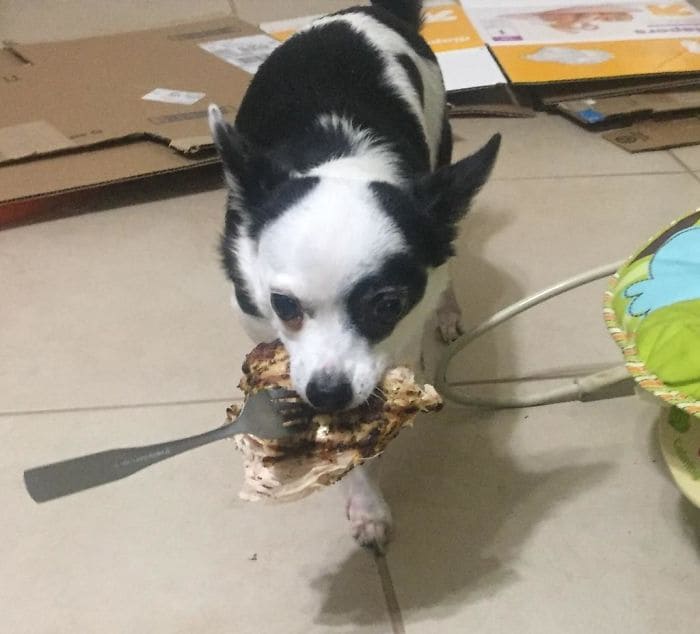 #25 This banana is his favorite toy. 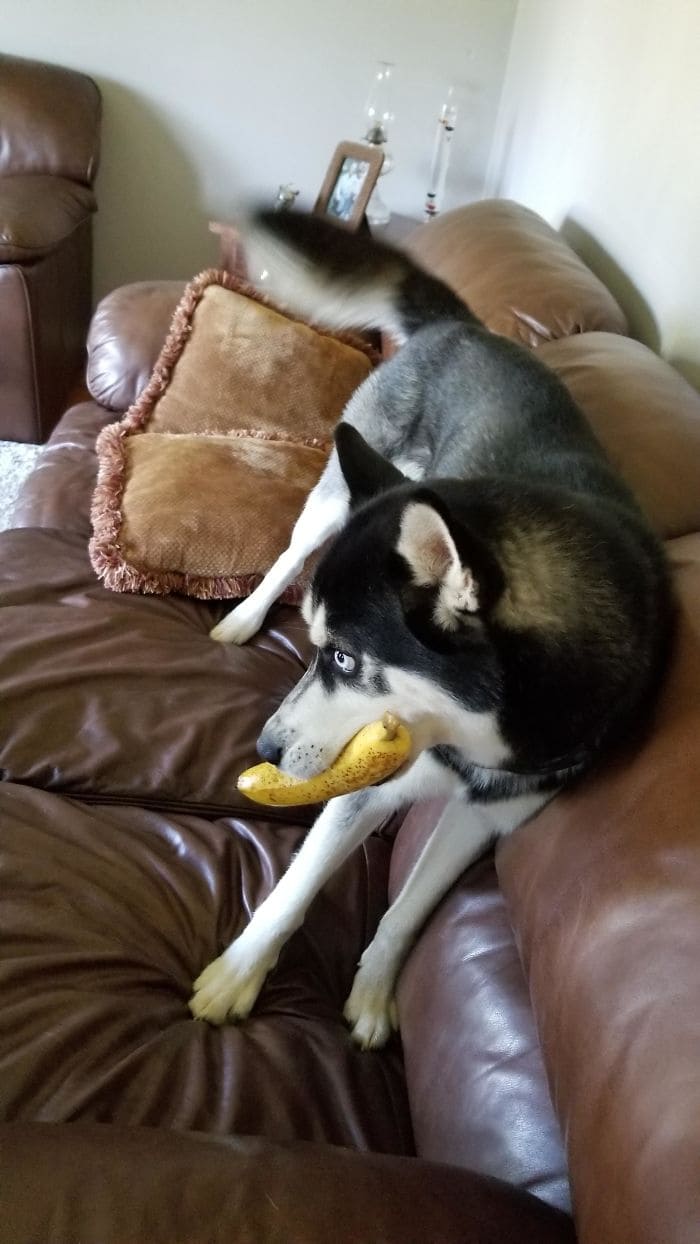 Have you ever caught your pet stealing your food? If so, what do you do to deter them from doing this? Let us know down below in the comments.