Animals don’t think like humans. They don’t speak our language. Their brains work differently but one thing that binds us all together is love. Love needs no medium for communication as it has its own language that every living being understands. Animals react to empathy and love. When taken care of, they develop a bond with their owner. They try their best to love their owner with all the love and compassion they have.

Humans are drawn to keeping pets. Sometimes, our children wish to have one, and at other times, we just want someone to welcome us when we come home. Not to mention, pets are perfect crime partners too! Their big eyes, cute paws, and funny actions keep our heart and home warm with love and laughter. These little furry animals love being with humans and are always hoping someday someone will come and rescue them from the streets, abandoned places and shelter homes. Take them to their place, keep them and nurture them. Provide them with a home. This act of kindness not only brings peace and satisfaction to a person’s life but also blesses them with a friend that will always be by their side. Someone they can always count on.

Here are some touching pictures of abandoned animals that were rescued and adopted. The photos are stories shared below will prove that humanity is greater than anything else.

Look at those gray eyes.

Owner’s husband rescued this adorable kitten who was just five weeks old and named him Figaro.

This one has marked her territory.

This charming young lady was found at the roadside with her two dead siblings by two generous police officers in Catalonia. One of the kind-hearted cops adopted her and gave her a new home.

This is the picture taken when she was rescued. Now, she’s in good hands and loved.

Say hello to Teeny! This photo was taken right after she was rescued.

His name is Finn and look at how happy he is. This picture was taken when he was adopted and was driving to his new home with the new family.

“Look how long my tongue is.”

Family rescued and adopted him a month after they suffered the loss of their old doggo who passed away due to Epilepsy.

Such a cheerful picture.

Nori was adopted from the rescue centre when she was just four months old. Now, she’s one year old and the owner shared this picture on her 1st birthday. Isn’t she loveable?

The owner took this rare photo minutes after this Catto was rescued. I’m sure he won’t ever have to cry again.

Glad he was rescued. Poor thing.

He was a stray cat. Owner rescued and took pictures of the kitten with a five day difference. He sure is in good hands.

He was a senior dog who was rescued. The bottom photo was taken a day after he was saved. This doggo was shot in the leg.

The owner shared this precious picture of her new little gem a week after she was adopted. I urge you to pause for a moment and look at how peacefully she is sleeping. After seeing this, how can one not want to adopt one for themselves? The calmness on her face as she sleeps in the comfort of her new home is simply pleasing.

3-years-old Staffy was rescued at the age of 11 months. Her owner named her Rimosa and enjoys calling her a ‘Wonder Dog,’ as he loves his little girl.

Owner shares this adorable picture of a kitten he’s adopting. He’s already in love and is obsessing over her pink toe bean.

She is already friends!

Meet Ashoka who was adopted by her human and here’s what he had to say about this picture:

“This Is My Quarantine Cat, Ahsoka, I Adopted Her To Help Manage Her Anxiety And Prevent Her Going To The Humane Society. I Was Told She Would Hide All Day And Generally Avoid People. After About 3 Hours Of Being At My Place, I Felt A Tapping On My Arm”

He’s trying to get along.

The owner enjoys his first ever camping trip with his new puppy. He’s willing to do it again.

Meet the earless rabbit who was rescued. Here’s what the owner had to say:

Owner says: “My Boy Bubba Who Cries If I Don’t Let Him On The Bed Rescued Him A Day Before The Shelter Was Gonna Put Him Down”

The cutie was rescued a year ago and the owner has done a great job. Just look at that happy face. He was abandoned on the street from where he was rescued into a shelter home an later adopted by the current owner.

This handsome young retriever likes to hold toys in his mouth so the owner had a funny idea that turned out winsome.

This is what Arietty’s owner had to say:

“This Is Little Arietty, Patiently Waiting For Me To Throw Her Toy. I Am Starting To Suspect That We May Have Adopted A Doggo!”

He may have lost his eye but not his spirit.

“This Is Alan. He Lost His Eyes In A Dog Attack Prior To Us Adopting Him. Despite Not Being Able To See, He Moves With Courage And Confidence. A True Inspiration”

A huge round of applause for Alan.

This one’s a swimmer.

“The Shelter Sends Us The Dogs Nobody Else Can Handle To Foster. We Took In Our Foster Tulip A Month Ago, Who Was Code Red For Being Terrified Of People And Biting. She Was Also Terrified Of The Leash, So It Had To Stay On. We Officially Adopted Her On Tuesday And Celebrated By Learning How To Swim!”

This picture was taken 3 hours after her adoption and the puppy was already very comfortable with her new owner. The owner said in his story :

“Adopted Her 3 Hours Ago And She’s Already So Comfortable And Happy To Have A Home, I Laid Down Next To Her And She Just Climbed Onto Me Anybody Who Hates On Pitbulls Has Never Owned One Of These Big Babies”

You’re the apple of our eyes.

She sure is cute and cuddly!

“Hi! This Is Our New Rescue Dog And We’ve Named Her Apples! She’s Really Shy, Cuddly, And Also Tries To Speak Human!”

“So The Other Day My Dad Called Me And Told Me His Golden Retriever Found A Baby Squirrel That Was Half Alive In The Yard. He Rescued It And Fed It. This Is Them A Few Days Later. Now It Won’t Leave His Side”

This one is spending some quality time with owner.

His owner saved his life and gave him the cutest name.

“My Best Friend Got A Text Saying That A 10-Month-Old Dog Would Be Put Down In A Couple Of Days Unless Someone Adopted Him. Immediately Got In His Car And Picked Up Baloo. They Bonded At First Sight”

The joy of finding a new home.

Ash’s owner shared this delightful selfie as they both drove home. And he says She’s very cuddly.

“My Grandma Adopted Her This Way After Our Old Cat Died At 13 Years. Currently Undergoing Dechonking”

“Jolene Was Rescued From A Lab Where She Was Going To Be Euthanized, Now She’s Safe At Rancho Relaxo Farm Sanctuary”

Her wish was fulfilled at last.

“My Daughter Has Been Asking Every Christmas And Birthday For 5 Years For Her Dream Dog. This Week We Adopted Her New Best Friend. So Far They’re Inseparable”

I can hear this picture.

His owner shared this picture while he was getting adopted. What a lucky puppy. Have a happy life sweetheart.

“Lucia Was Skinny And Mangy And Naked And Itchy And Scared When Rescued From A Hoarder. Now She’s Fluffy And Happy And Dare I Say It A Bit Plump. Rescued By Good Karma In Florida”

Say hello to Bert, who was rescued the day this picture was taken. The owner said:

“This Is Bert. Today We Rescued Him, And Hope To Give Him A Much Happier Life. He Didn’t Get Much Sleep On The Way Here Due To His Excitement; Here He Is Trying To Fight Off The Snooze”

There is something about her eyes that’s so special.

The owner is happy to welcome Rosie in her new home.

Look at that little blep.

This picture is from her adoption day and the owner seems to be enjoying her bleping.

This is so cute.

“4 Years Since We Rescued Her And Her Brother And She Still Holds Onto Us When She Sleeps So We Dont Leave Her..”

Peak-a-boo I see you!

This pupper named Louie is 16 years old and she love to make this face when she’s getting treats.

“We Adopted A Puppy Today. He’s Terrified Of The Car Because He Thinks We’re Taking Him Back To The Shelter. But He Loved Bedtime”

This is so overwhelming.

This is the picture of a marathon runner Khemjira Klongsanun. During her marathon, she rescued a lost puppy and carried it through her 19-mile race. Now, the puppy is all grown up.

“Husband Was Not Happy About Rescuing This Feral Cat”

We’re all friends in here!

“We adopted a pair of kittens today. My husband was a little worried about how they’d do with our dog… He’s no longer concerned.”

Can’t stop obsessing over this one!

This one was rescued along with 4 other kittens from a city work truck.

Don’t we all wanna be with someone who looks at us the way this puppy is looking at his owner?

“Just adopted this dude. His name is tucker and he is good boy”

“This Is Daisy, She Was Extremely Abused Before We Got Her, I Could Hardly Pet Her Without A Yelp Or Whimper. We Adopted Her Almost 2.5 Yrs Ago. She’s Now Officially Been In A Loving Home Longer Than She Was In A Bad Home. Such A Sweetheart That Loves Luvins!”

“You’ve got a smile that can light up this whole town.” *Sings in Taylor Swift’s voice*

“He Spent 5 Years In A Rescue Shelter. I Will Make Sure He Has The Best 5 Years With Us From Now On.”

The owner is having doubts.

Two peas in a pod.

We are overwhelmed and our heart just melted. Tell how you felt in the comments below. Also, share this post with friends.

We love to hear from you! 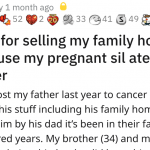 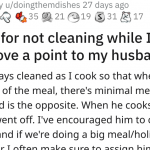 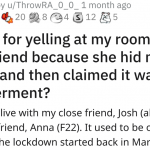 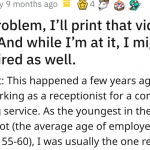 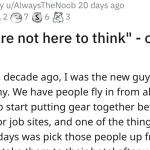