Parenting is a complicated thing. A lot of people have a lot of opinions on what is and isn’t a good idea when it comes to it, especially when it comes to motherhood. This one mom dealt with one of her kids mouthing off her with push ups. You might be wondering what that means, but see, someone by the name Molly Wooden in Killeen, Texas made a post on Facebook.

Her son decided to act up in the Hobby Lobby, and the mother, as calm as ever, decided the best way to get him to behave, would be to make him do pushups. And it worked. Every time he mouthed off, she added another ten. Another mom, separate from this situation, happened upon the drill sergeant mom supervising push ups in the bathroom, snapped a photo and posted about it. 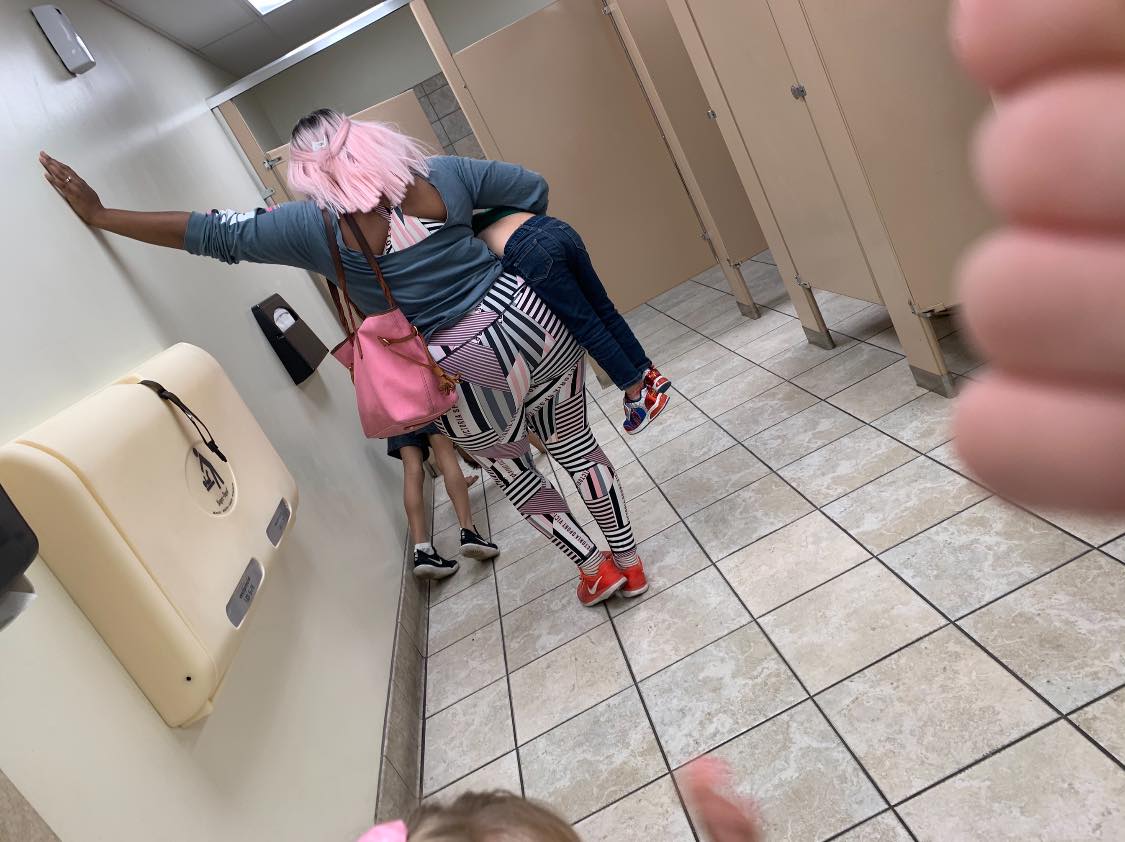 To the woman in the Hobby Lobby bathroom. If my hands weren’t full of children I would have applauded you. As your son gave you the back talk of the century, you stayed calm and collected while adding 10 more push ups to his already growing number.
We need more parents like you, who aren’t afraid to parent their own children because of what someone else might think. He said “Mama, this is the bathroom floor, grossssss”.

Random woman of Hobby Lobby, I love you.

Keep on raisin’ them boys right!

-I have since found the Mom through the power of social media and she promptly thanked me for posting this, says she appreciates the support and positive comments, and we’re hoping to grab coffee sometime… while supervising push ups that is.

And the comments were as affectionate as upset 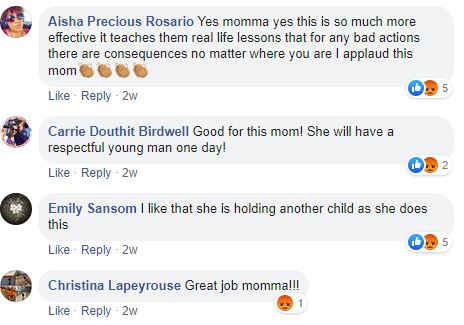 That’s a good idea but if you spank your kids nowadays they just yell child abuse.That’s ridiculous because 30 years ago the school would even spank you lmfao but now days the teachers would be fired or arrested and so would our parents

It continued with this 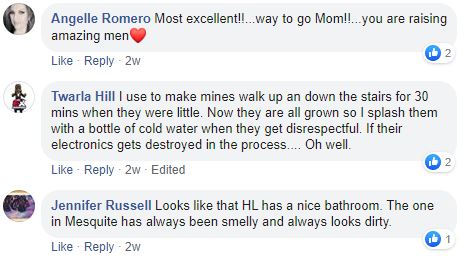 actually it’s a pretty good way to immediately reinforce your position as the boss. Go observe a martial arts class. Those kids jump when they’re told too and they answer up loud and clear with a yes sir or yes ma’am. The adults do too. And when they give that respect they get that respect back. They are also referred to as sir or ma’am. Granted that in a public restroom I might have chosen jumping Jack’s to push ups but I see no problem with it. I’m sure there was plenty of soap and water available. And if he did his push ups correctly the only part him that would have touched the floor was his hands. Either way, a lesson I’m sure he won’t forget soon!

It finally ended with this

What do you think? Did she take it too far? Tell us down in the comments below!