Karens are everywhere these days.

You would think after being put on blast on the Internet for so long, they would have learned their lesson. But there are still so many stories of people acting rudely towards the service staff that it saddens me. That is why it is so nice to see when they get what they deserve.

This particular Karen wasn’t mean without a reason though. You see she came in with the mindset to get a free meal out of the whole ordeal. She wanted to scam the staff just so she could have free pizza. I have no idea why someone would mess with one person’s livelihood just because of a few dollars. It really is enraging to see. Although she didn’t get what she wanted and instead got served some sweet revenge.

First, we have some background on the place and how it operates. 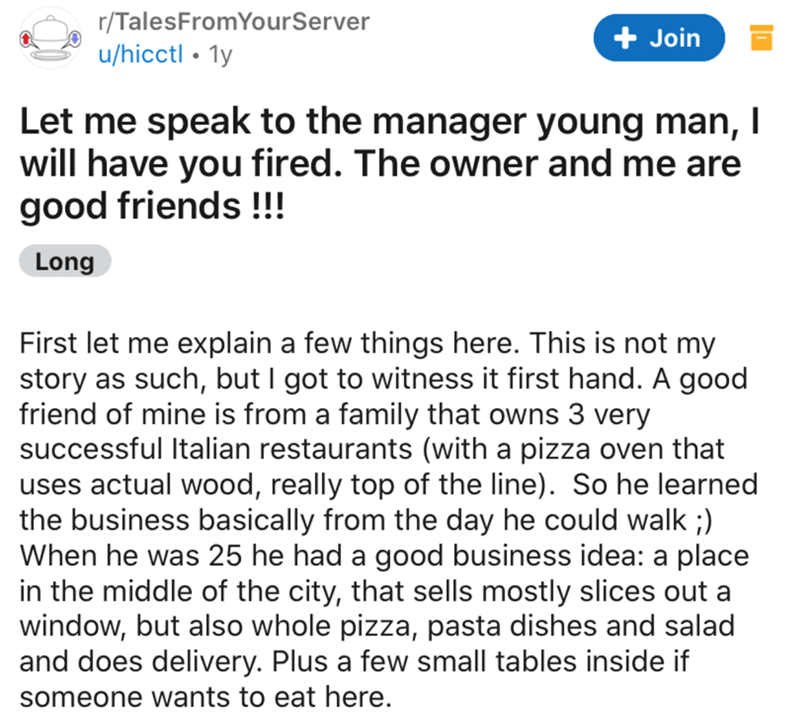 It is apparently a hot spot for many people as it is situated at a prime location. 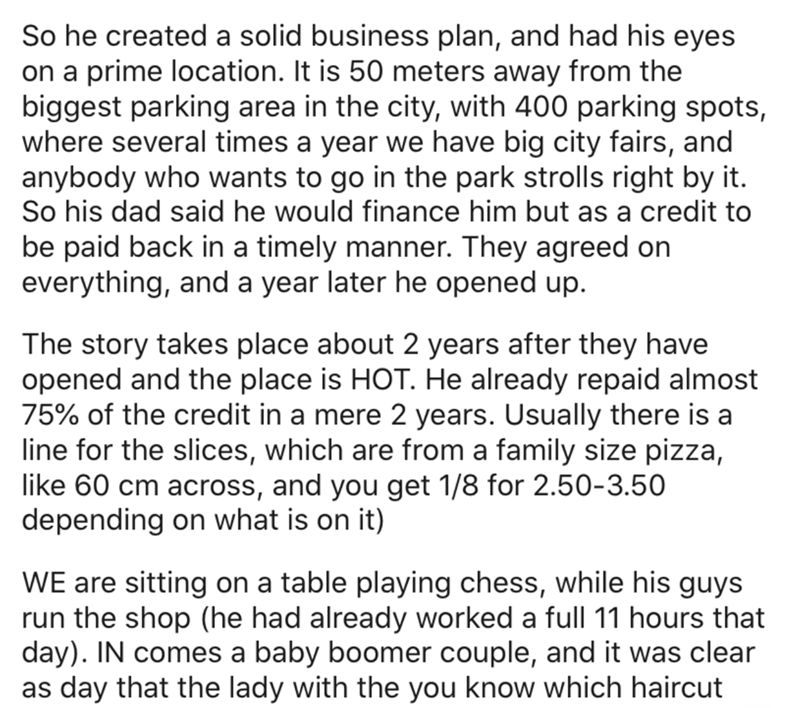 This woman was rude from the moment she walked in wanting to rile up everyone. 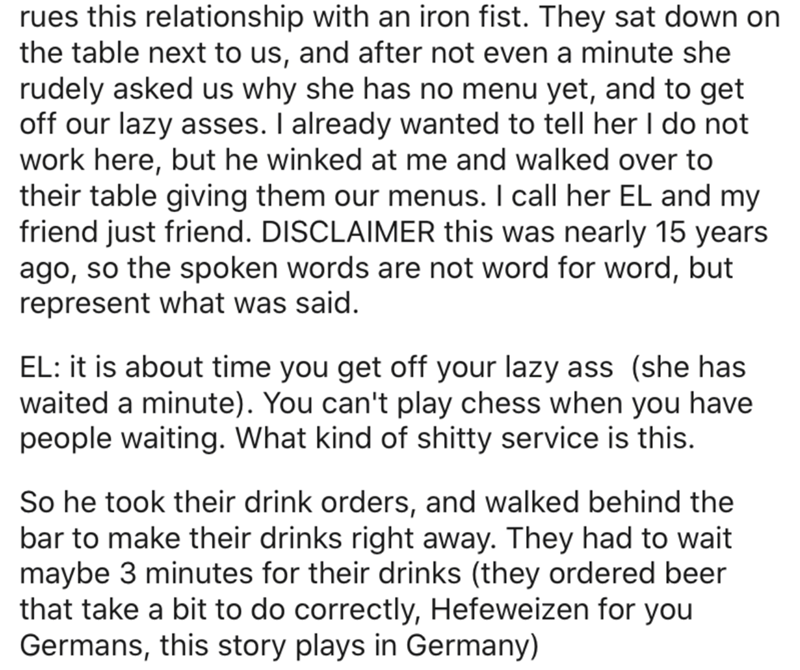 She was looking for an opportunity to strike and she finally found one.

This is when she thought she had him as she was the ‘friend of the owner’. 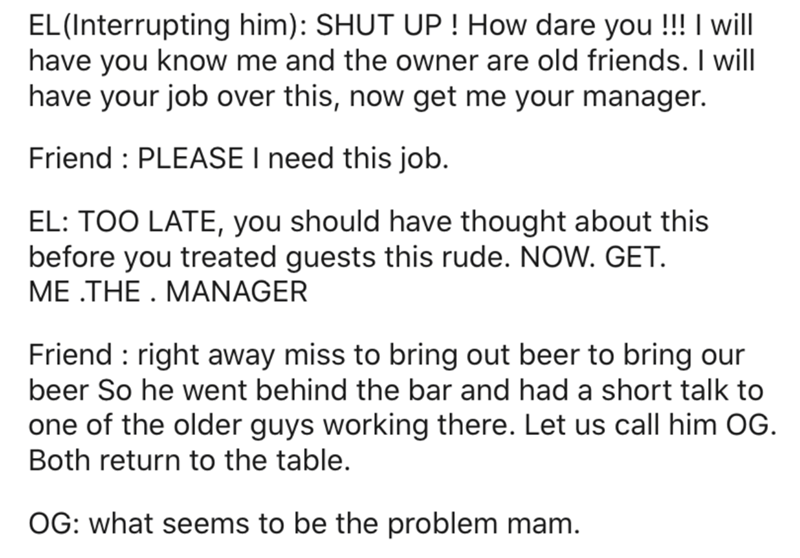 I actually cannot believe someone would have the balls to say they were the owner’s significant other. Like at least with ‘friend’ you could maybe sometimes save face and say “oh I didn’t know the old owner sold it” but wife/husband?? Crazy!

I mean lying in any capacity about owning the owner is insane but this is next level. –MoltenHeartstrings

She did her best to act out her part. 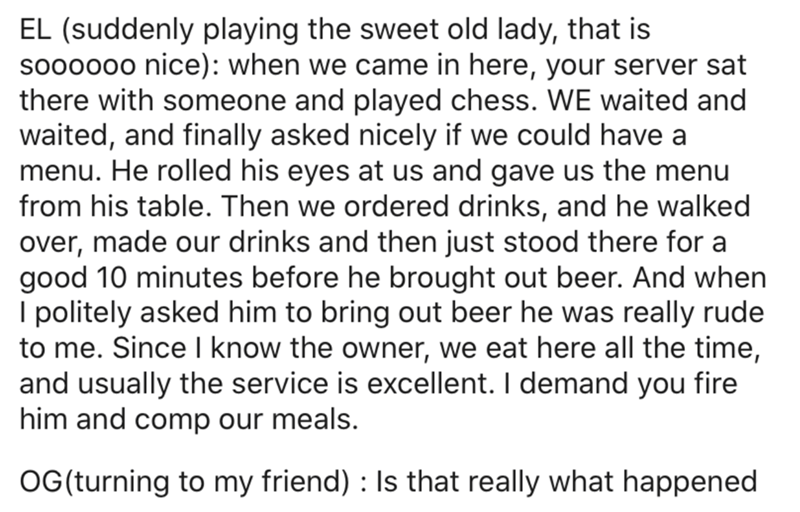 And got agitated when the ‘manager’ asked if that really happened. 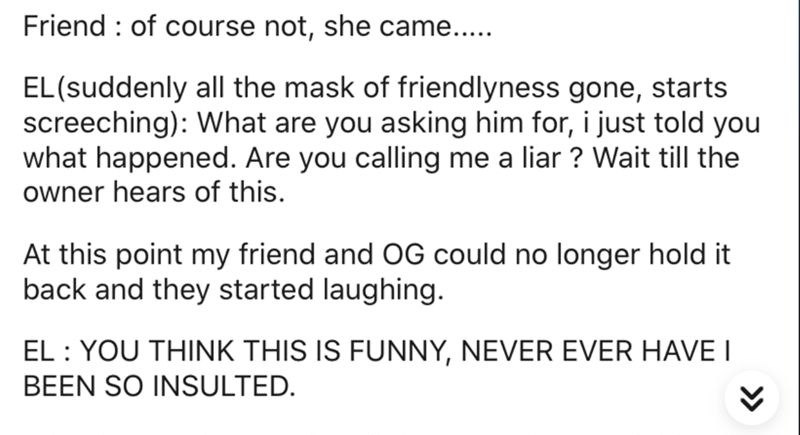 We talked later about this, and while discussing it only really started to realize how fucked up this was. She came in there with the plan to berate a server so long and hard that sooner or later he/she would slip up she could demand a manager, tell that manager a version of the events that is completely blown out of proportions and even contains lies leading to the very real chance that server loses his/her lively hood, just so they could scam a free meal. –hicctl

This is when the guy finally revealed that he is the owner and he in fact had never even seen her before. 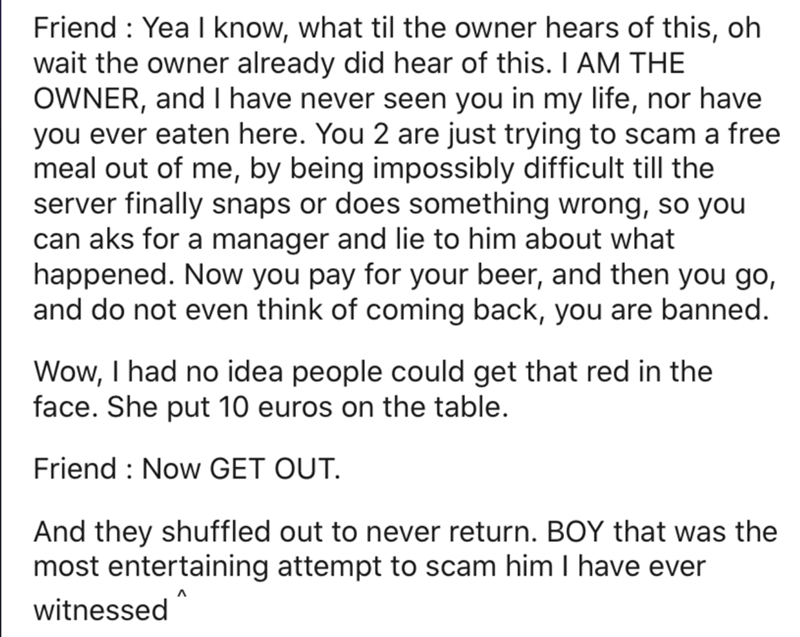 This happens probably because the owners don’t care how their staff gets treated. 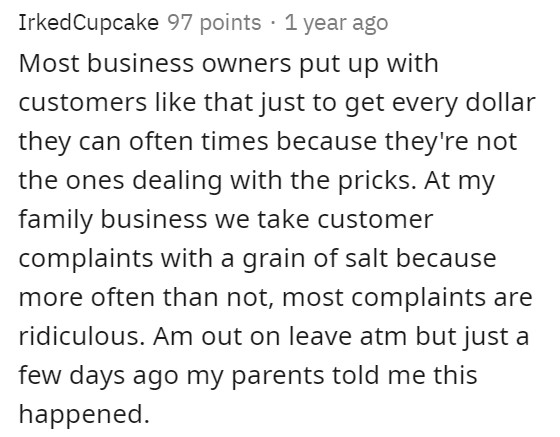 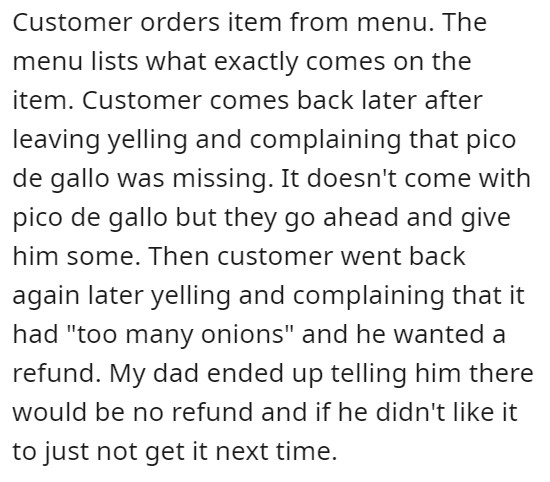 This is actually very true. There is no verification if the review is honest or not. 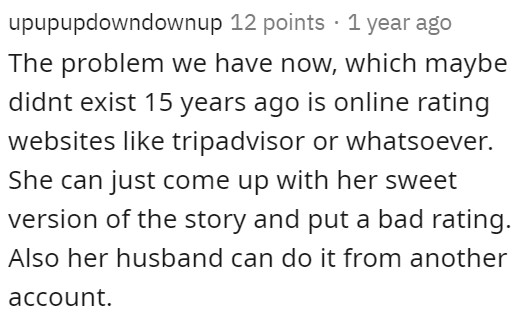 It seems these kinds of things happen a lot in the restaurant business. 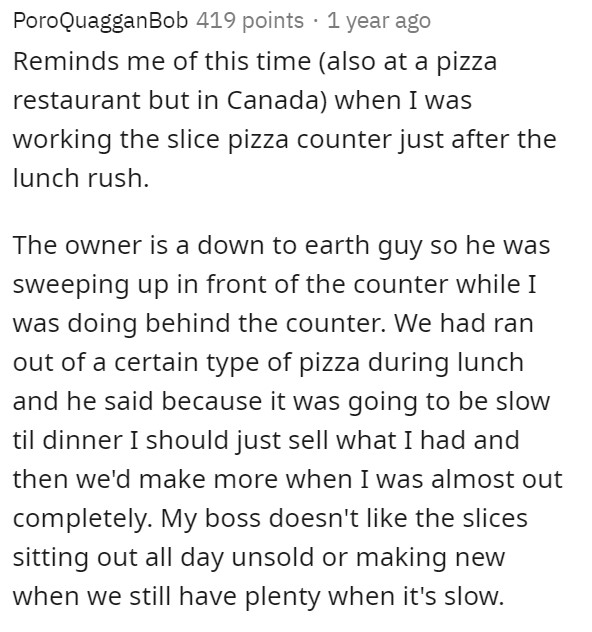 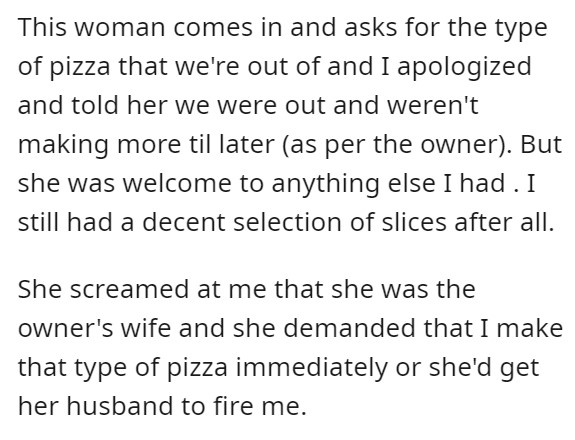 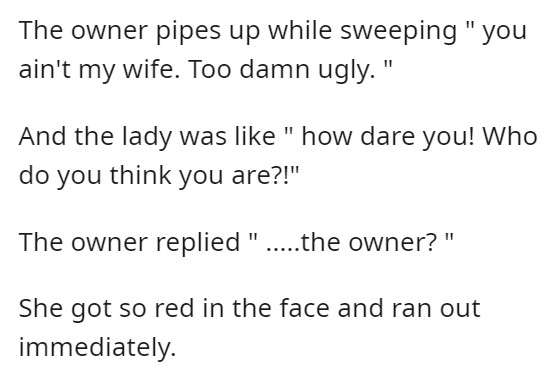 What do you think of this scam? have you ever seen someone else try this out? If so did it work? Comment down below and let us know.