We use that a lot but what does that even mean? Well, if you have ever been confused by that ‘quote’. The following story is the epitome of it and encapsulates all the best parts of revenge. Simply put while a violent outburst might feel good at the time, it is never as satisfying as putting all the pieces together and going to town on the people who have wronged you.

And this person did just that. I am sure we have all at least once dreamed of going against the big companies we work in to stick it to our bosses but never can. Well, we can certainly live vicariously through these nuclear revenge stories. It is always so fun to see these managers whop think they are always right getting what they deserve.

So I won’t waste any more of your time. Scroll on below and take a look.

Apparently they first wrote it on Pro Revenge but that wasn’t the right subreddit for this one. 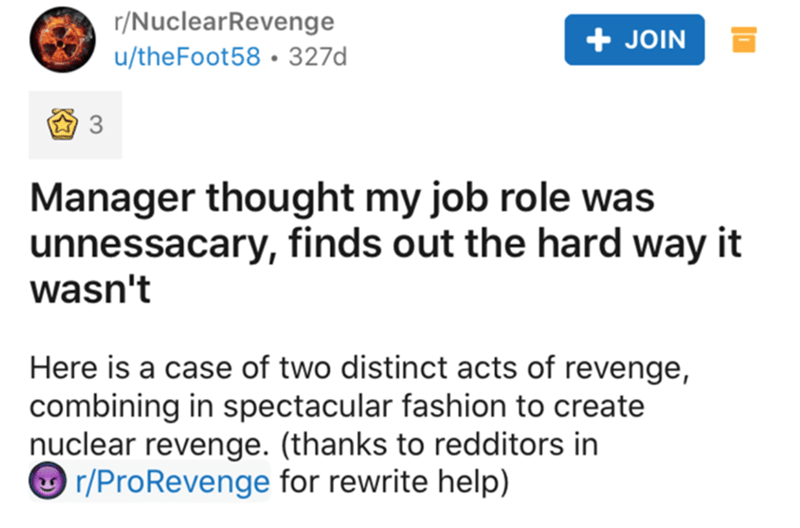 And I can certainly see why. This is on another level. 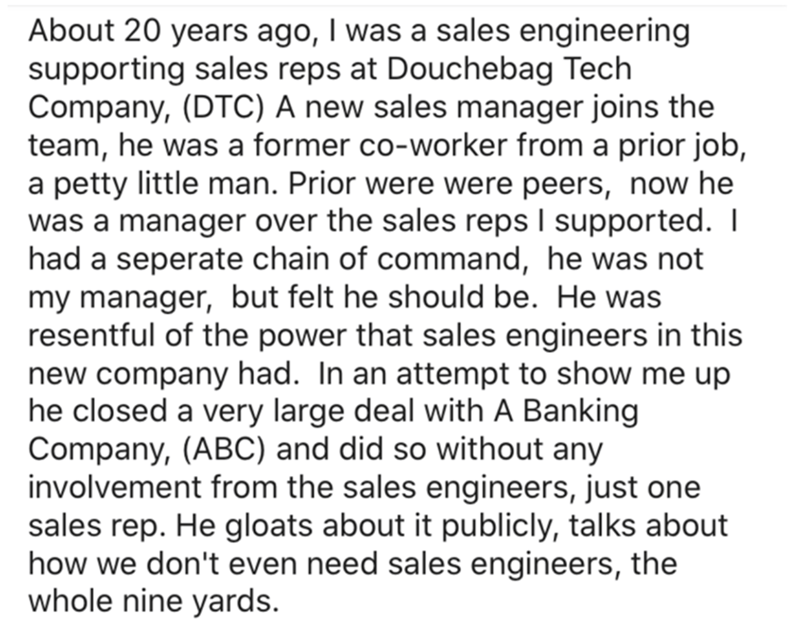 They tried their best to fix the problem as best as they could.

However, the manager didn’t want to admit their mistake lest they get their ego taken down a notch. 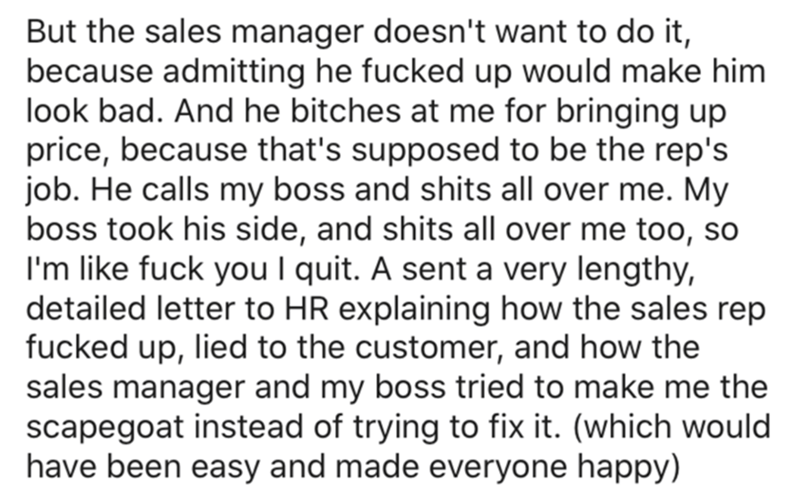 Love it when a big company f**ks them selves over, try and blame it on someone who didnt do shit to the problem, then sue that person. Get sued by the people they f**ked over. Lose a lot of money.

So yes everyone put the blame on the Reddit user.

But that didn’t last long as this Reddit user decided to get back at the company that had wronged them.

And to make it, even more, sweeter, they kept making dumb mistakes that cost them the whole case. 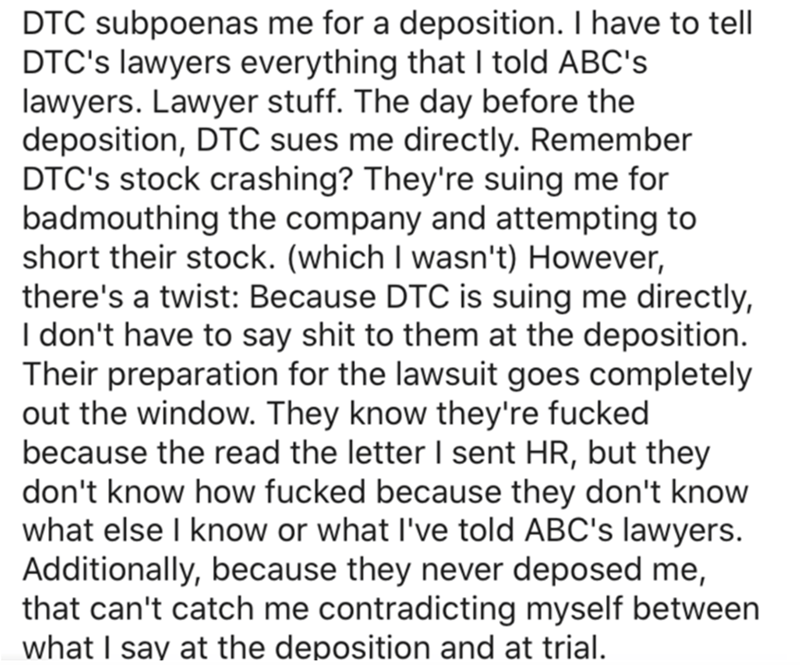 All in all, DTC wasn’t happy with the fact that they were in hot water now.

So they decided to settle after all incurring a huge loss along the way.

And a little more details from behind the scenes.

The sale involved was originally $700,000 USD. I think they sued to get all their original costs back, plus be reimbursed for their wasted time, may another $100,000. But the killer was the punitive damages, potentially 3X the actual loss.

The lawyer could not tell me, but he hinted strongly that the punitive damages awarded were substantial. The loss to my old company could have been as much as $2.4 million, plus what they paid their legal team to totally f**k it up! –theFoot58

That hit the spot indeed! 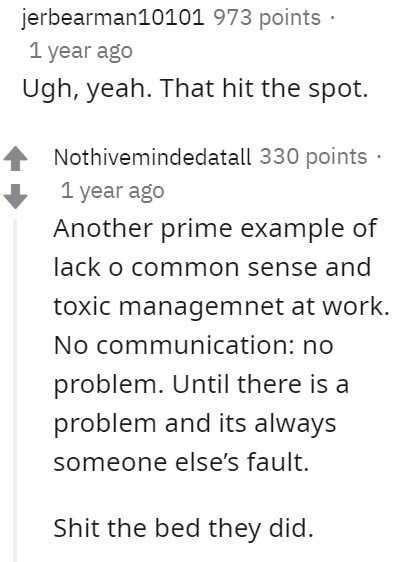 Bosses think they are always in the right and are not willing to listen most of the time. 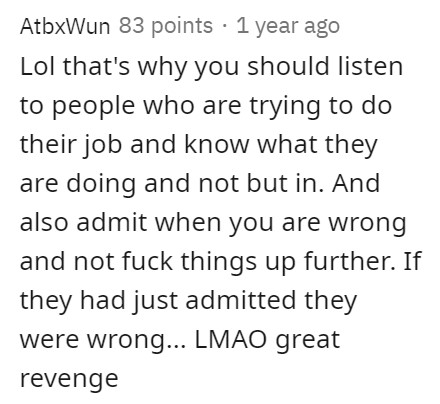 It’s such a big component of success to be able to admit you made a mistake and openly work to fix it. It shows confidence in your overall worth, plus it demonstrates personal integrity and putting the long-term goals of your organization ahead of your own short-term embarrassment.

Yet so many people think it’s a sign of weakness, and in their effort to hide their mistake, they wind up making everything so much worse for themselves and everyone else (or making a target of themselves). Almost every work related revenge story on this site stems from some threatened idiot unfairly blaming things on someone else or setting someone else up for failure. –oregonchick

The company thought they had their ex-employe but they were very wrong. 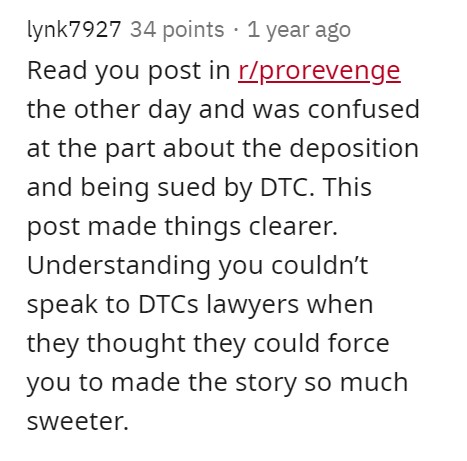 What did you think of this nuclear revenge? Do you think the company deserved it? Comment down below and let us know.