Having an obnoxious roommate is one of the worst things you would have to deal with. Why? Because these tend to be the kind of people who you can’t easily get rid of, because they’re paying some of the rent and to do so would mean a headache involving looking for a new person, someone you can easily deal with, a whole host of things. So how do you deal with a roommate with terrible mannerism and absolutely no regard for some decency?

You use a hit show with dry humor as a baseline for what works, and take inspiration from that one episode of The Office where Jim pulled a prank on Dwight. The prank involving that he offered him a breath mint every time he restarted the computer, so the restarting sound triggered his desire for breath mints. This worked on a roommate that had obnoxious facebook calls in the common room in the middle of the night too.

#1 How to train your roommate 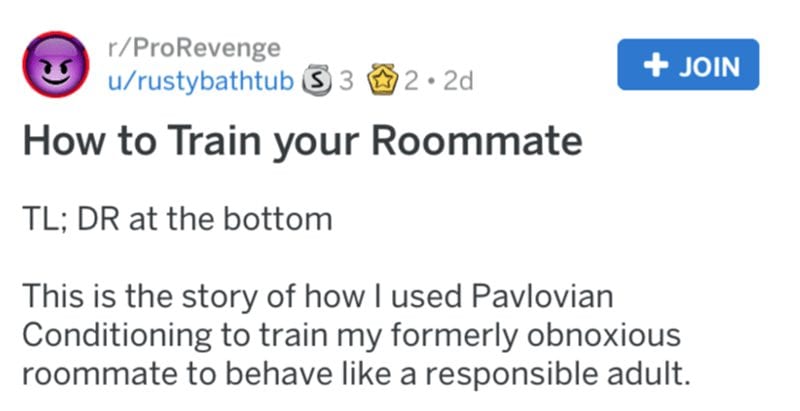 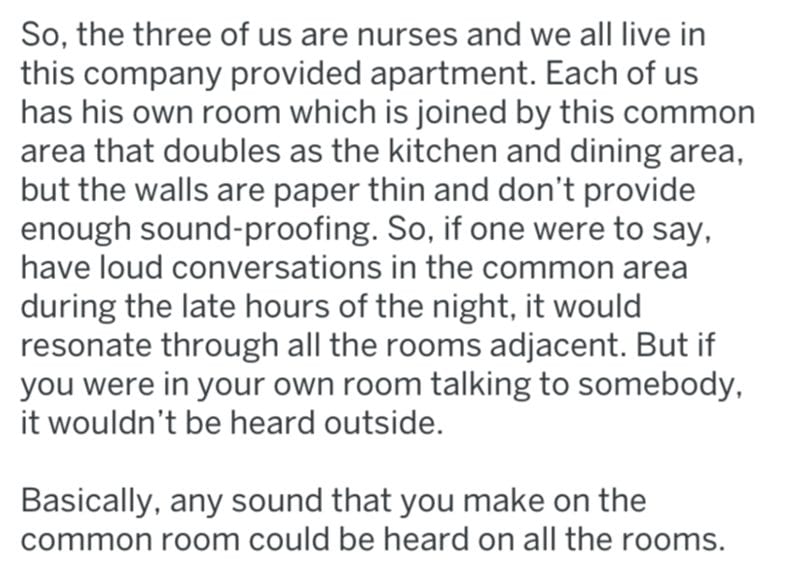 Users gave their own versions too!

Damn. I did something similar with my dad back when I lived with my parents. I had an extra Internet connection set up at home (that I paid through my pocket) because I play a lot of online games.

Once he learned that my connection was a lot faster (I specifically set up a faster one to reduce latency) he began using my network all the time to stream movies and what have you, which would increase my latency like crazy making me lose most of my games. I tried telling him that but he would retaliate with how games weren’t important (like your movies were?). Since the connection was mine I had administrator privileges and I decided to block his computer and phone. He would call me everytime he tried to connect to my Internet and tell me it wasn’t working. I would pretend to call the isp and tell him that they’re fixing it. I would habitually complain to him how unreliable the Internet was etc. After a while he just gave up on it and I was free to game as much as I wanted.

#3 It interrupts their sleep 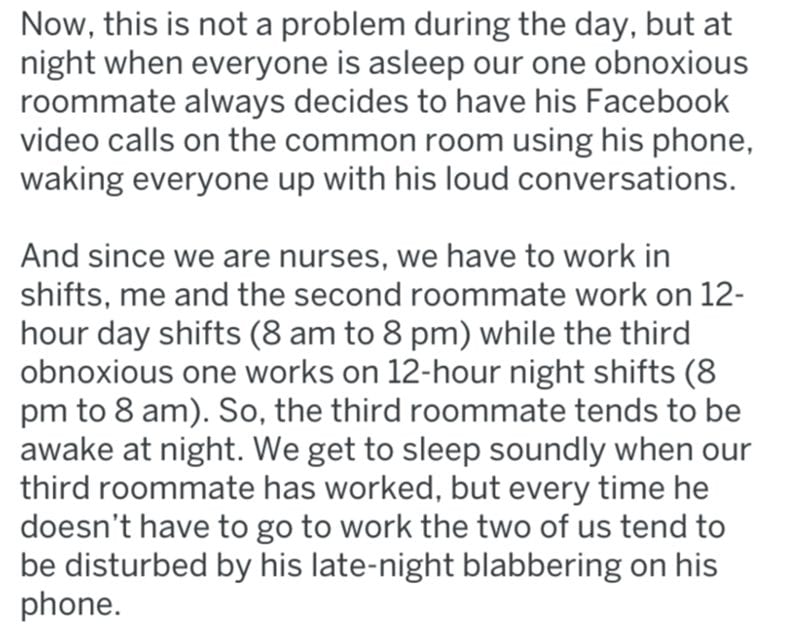 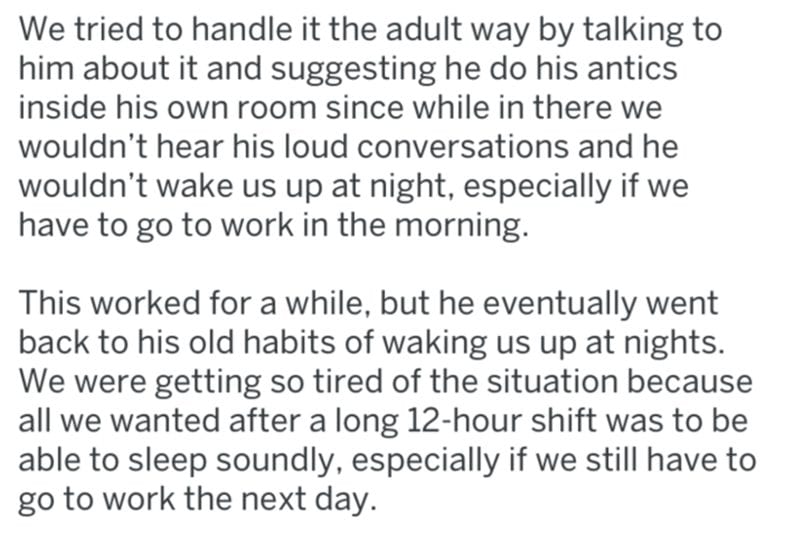 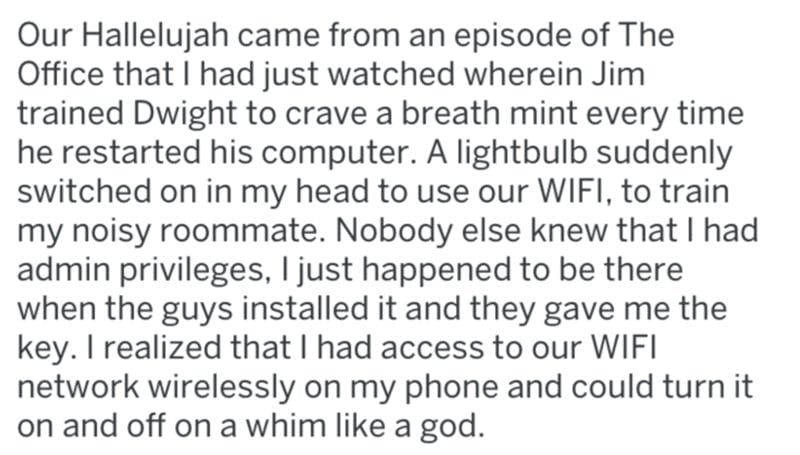 I used to do something similar with one of my kids. He would spend literally an hour on the toilet to avoid doing homework. So I would block his iPod from connecting to our WiFi, and it would flush him out (literally and figuratively) after a few minutes. 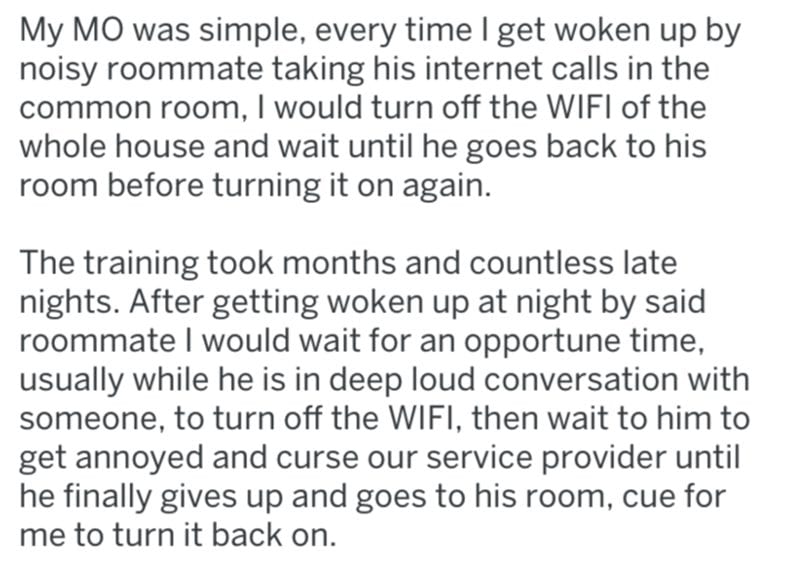 It’s kinda sad how often a study on teaching dogs a trick is successful in training humans. Kinda makes you wonder how smart we really are. 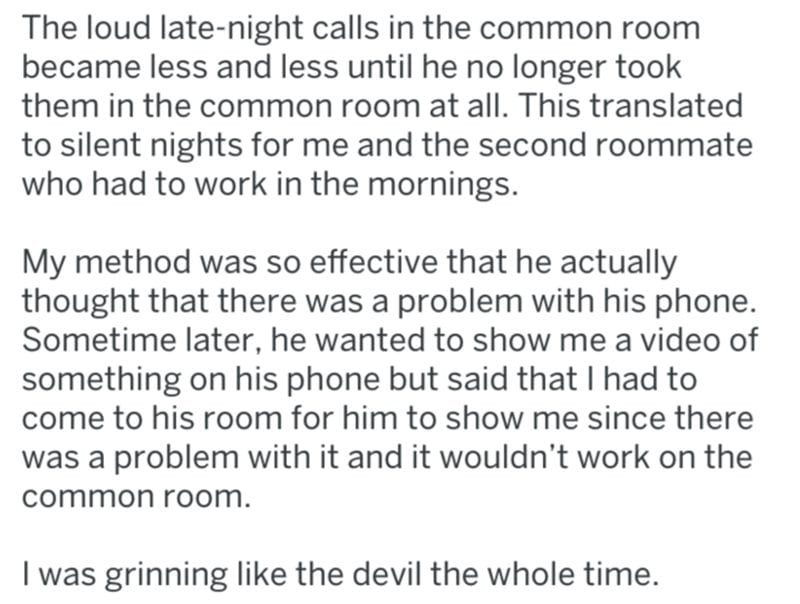 What about you? Would you be willing to do something like this to a roommate? Tell us down in the comments!