Relationships can be complicated sometimes.

When you first meet someone and eventually fall in love with them, the first few months will be the best you have ever had. Everything will seem like a fairytale. This is known as the honeymoon period. Both partners love each other a lot and barely fight. Everything seems to be running smooth and there are only a few small arguments. However, once the honeymoon period is over, you start seeing the other person’s flaws. This is the time to prove your love and decide whether you can actually spend your life with this person or not. You find out what their living standards are and decide if you can compromise on things or not. Most of the time, couples break up in this period because they were never prepared for what’s to come.

This woman on Reddit shared her story of getting engaged to a man and moving in with him. They both had very different living standards and he never took care of the apartment’s cleanliness. So she started throwing away his dirty and useless things without his knowledge and asked if she was wrong for doing so. For more details, scroll down below to read the whole story and decide whether she is in the right or wrong:

The woman and her fiance had very different standards of living and he would never clean up after himself. So, she took the responsibility of cleaning even when they lived separately. 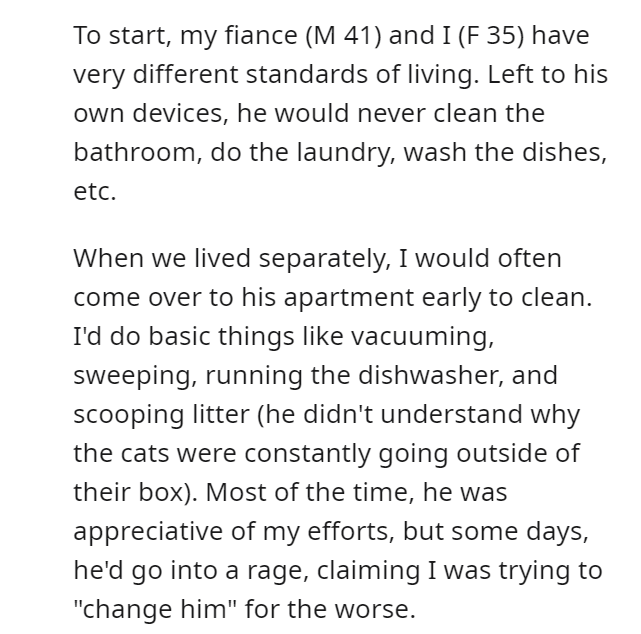 He used to hoard on to dirty and useless household items and made it her responsibility that they stayed “in their rotation.” 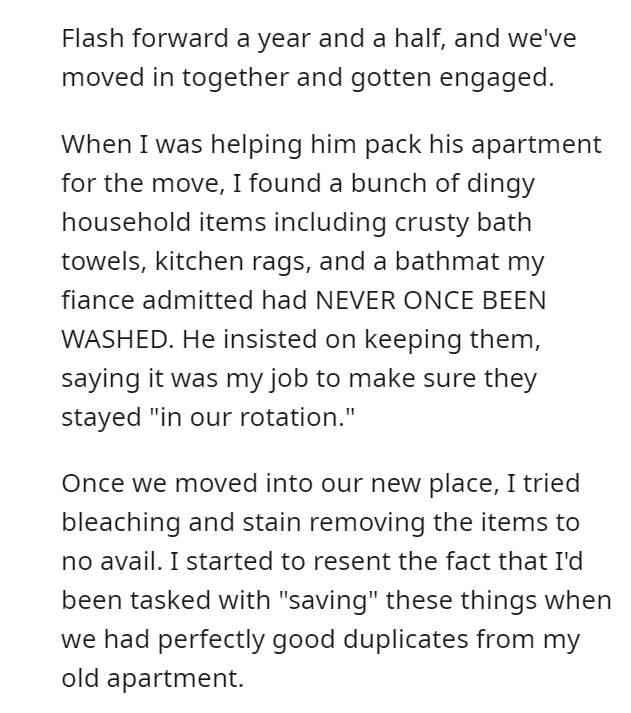 After countless tries to clean or fix the household items, she started secretly throwing them away assuming he wouldn’t notice them gone. 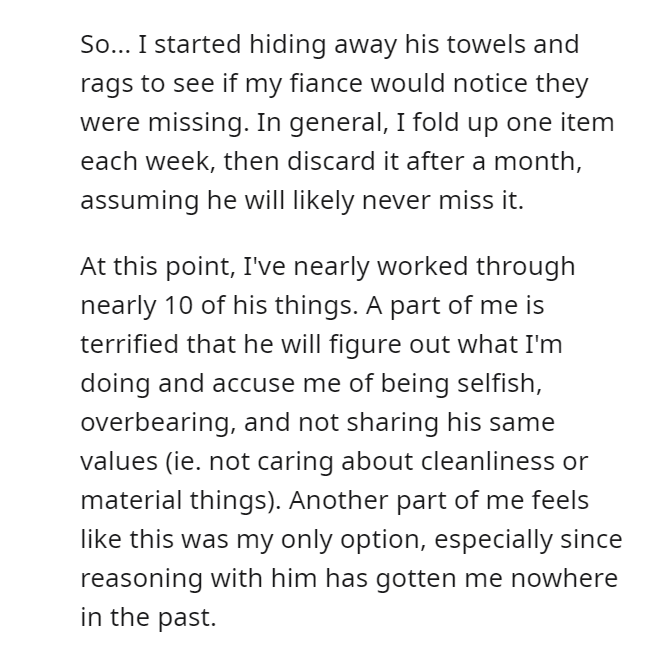 She asked if she was wrong for doing so after giving a little background information about her fiance. 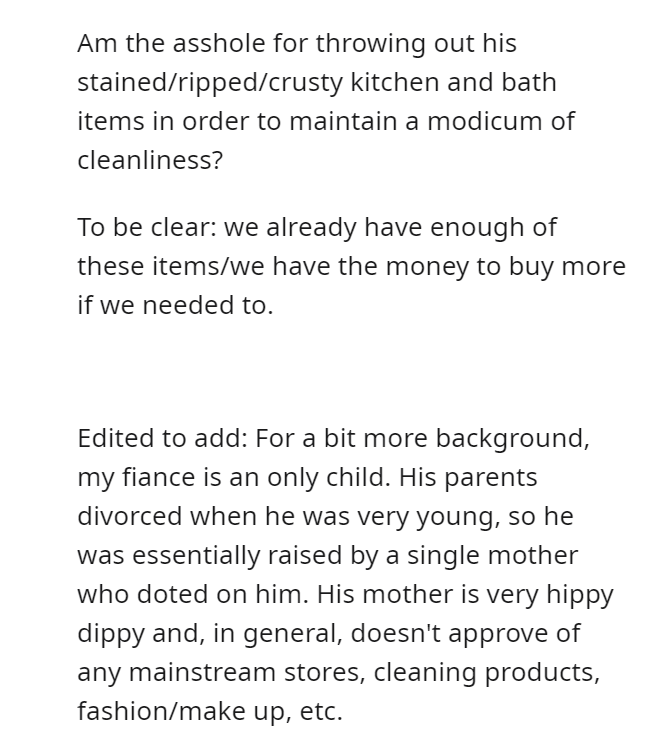 He struggles with depression, which can somewhat explain why he does not clean up after himself. 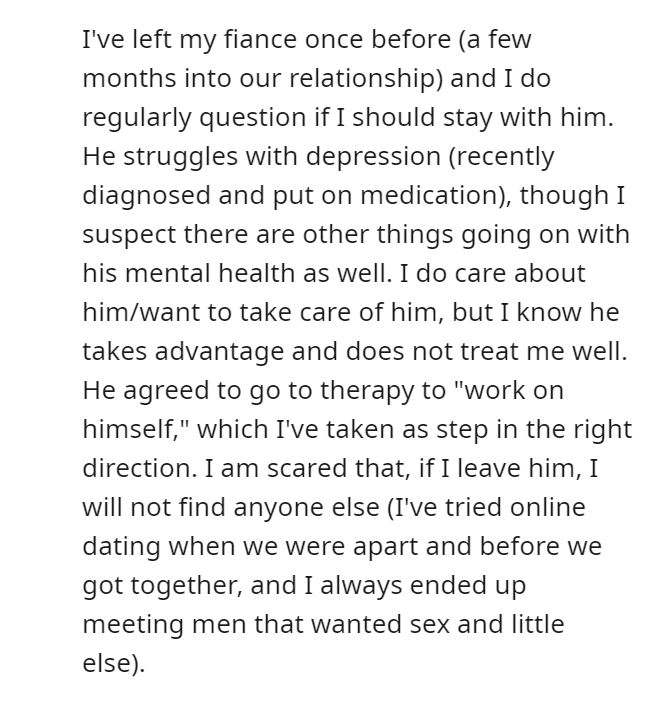 In my opinion, both parties are wrong here. The woman is wrong for throwing away her fiance’s items without his consent. She has no right to throw them as they do no belong to her. However, the man is wrong for treating her like his servant. He expects her to clean up after him and gets mad at her for trying to take care of him. The girl isn’t entirely at fault. She seems to have self-esteem issues which make it hard for her to move out of this relationship.

This is what other people had to say about the whole scenario: 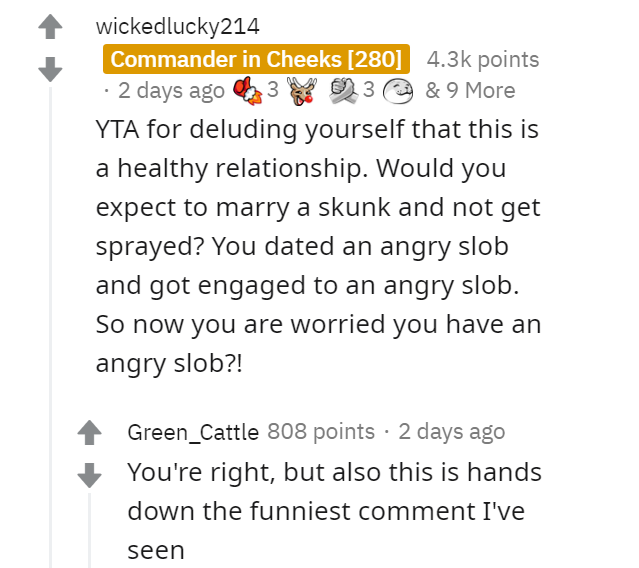 Most of them blamed her for knowing her fiance is toxic yet still living with him. 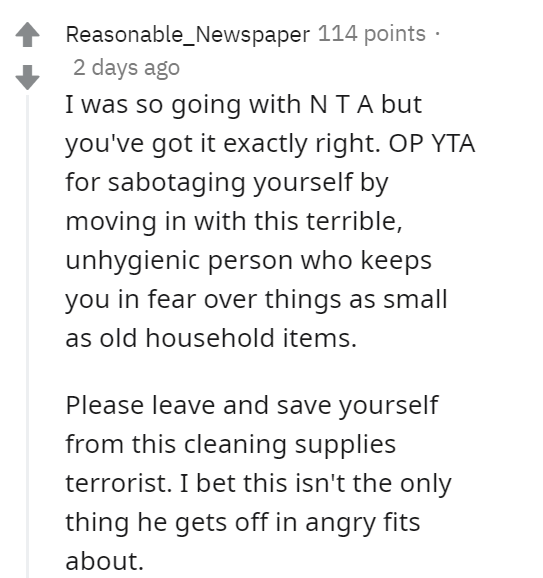 She knew what he was like yet she still chose to move in with him. 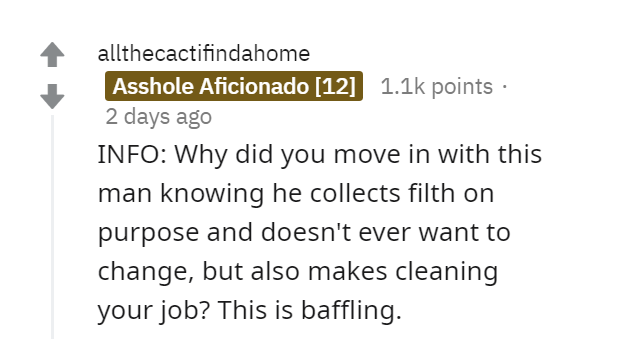 She needs to have some mercy on herself. 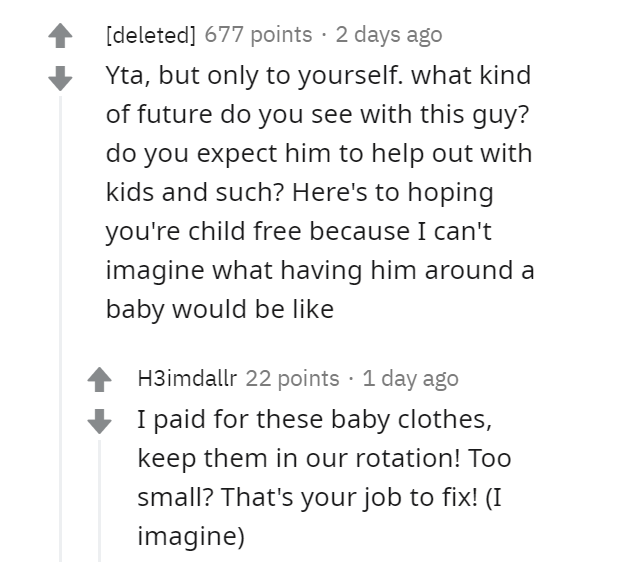 Why are you taking care of him like you’re his mother? 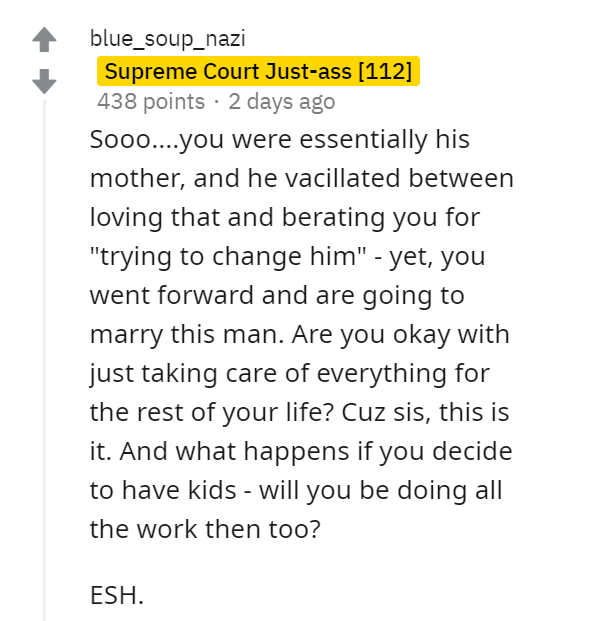 This very much sums up what a “bangmaid” is. 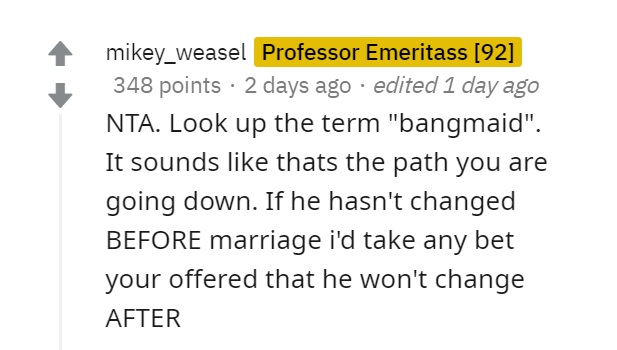 She has serious self-esteem issues.

However, some people sided with her.

Who do you think is in the wrong here? The woman or her fiance? Share your opinions with us in the comments below.