Have you ever called out someone for being extremely impatient?

There are all sorts of people in the world. Good, bad, patient, impatient, proud, humble – you name it! But then there’s a category of people who are rude to the waiters, the order takers or to the people who are working their ass off to earn some living and not only they are underpaid but on top of that, they have to face misery and disrespect from the people who think they are above them. People are so impatient that they just want to be prioritized all the time. It’s truly ridiculous how privileged people can be so thankless at times that it becomes necessary to call them out regardless of their race, gender or age.

We came across a story of two elderly customers who got called out by a young woman because they certainly thought that the world should revolve around them and they should be prioritized. The woman tried to control at first but just couldn’t take their sh*t anymore and decided to call them out while teaching them a lesson. And it’s people like these why we still have some faith in humanity. It’s stories like these that just might inspire people to intervene whenever they see something wrong happening. Anyways, without any further ado, let’s continue with the story now. Scroll down to begin; 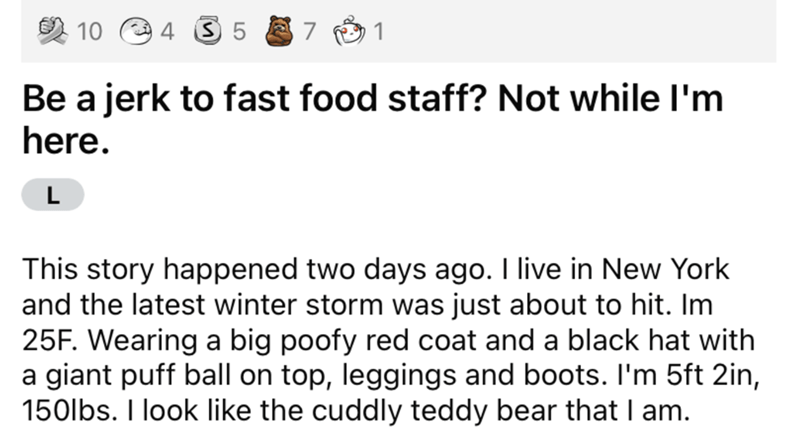 2. What’s wrong with the older generation? Why can’t they treat people with respect? 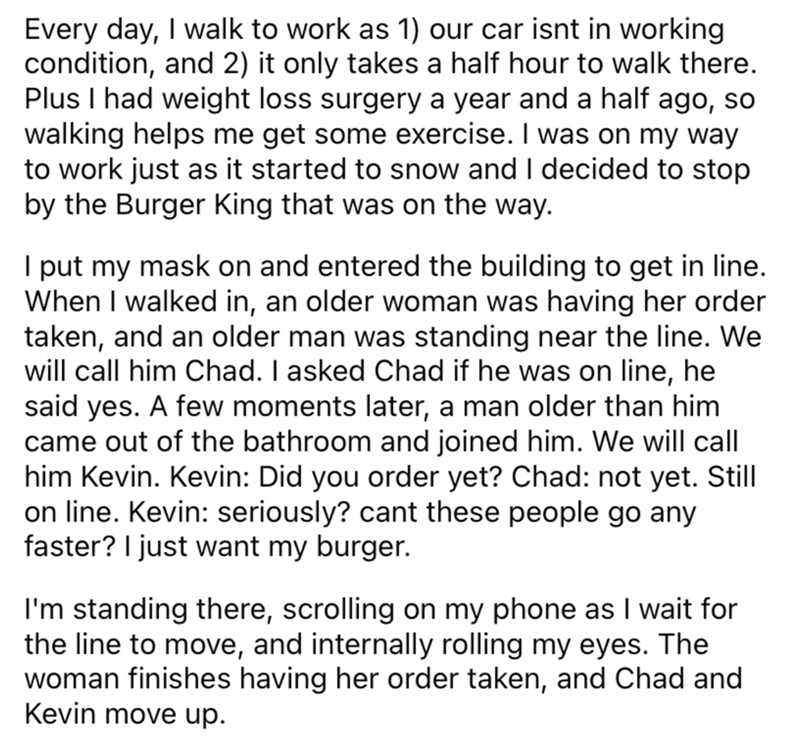 3. They always want to be priortized. 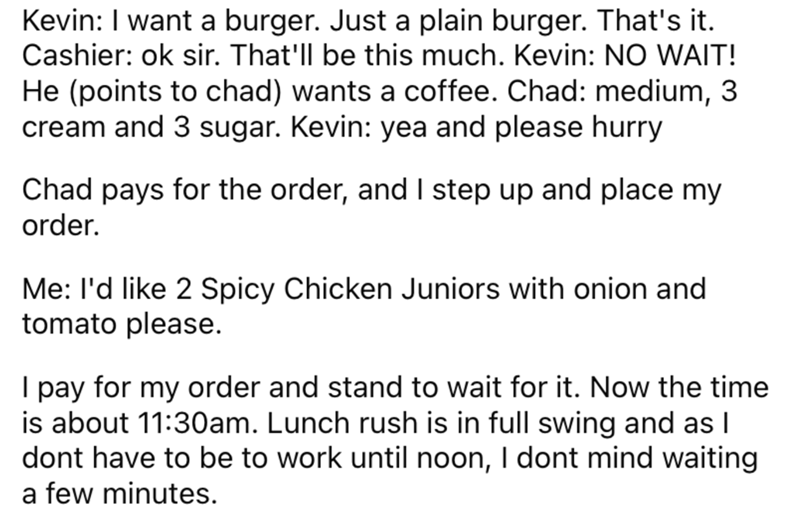 4. So they decided to humiliate and disrespect the poor staff…

It’s really sad to see that a majority of the older generation just thinks that they are the superior beings on this earth and they should be respected and prioritized no matter what. Although we don’t encourage disrespecting the older people but then again, there are some people who just keep on asking for it.

5. You need to realize that these people are humans too! They are not robots and they CAN make mistakes just like you do. 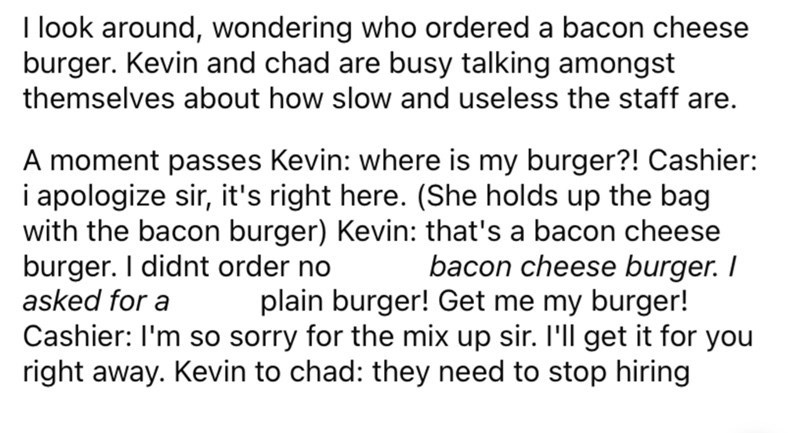 6. Finally, the woman decided to take a stand and teach the old fellows a lesson that they’d never forget! 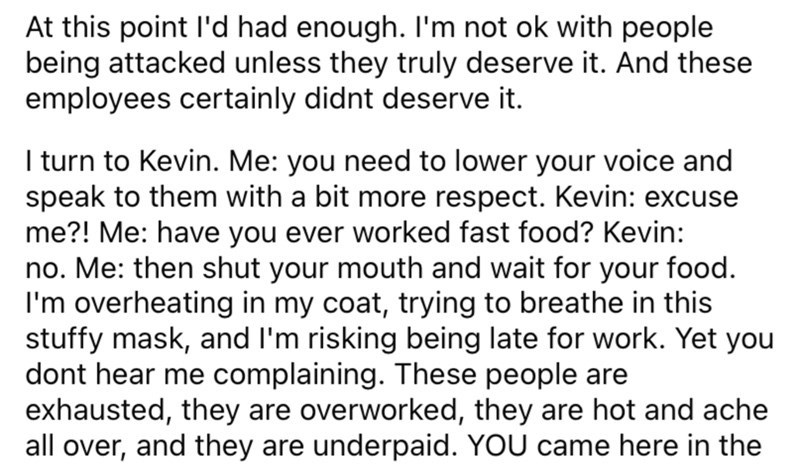 7. Damn! This woman is a true savage!

8. We are glad that people like this still exist who are not just humble but also value humanity! 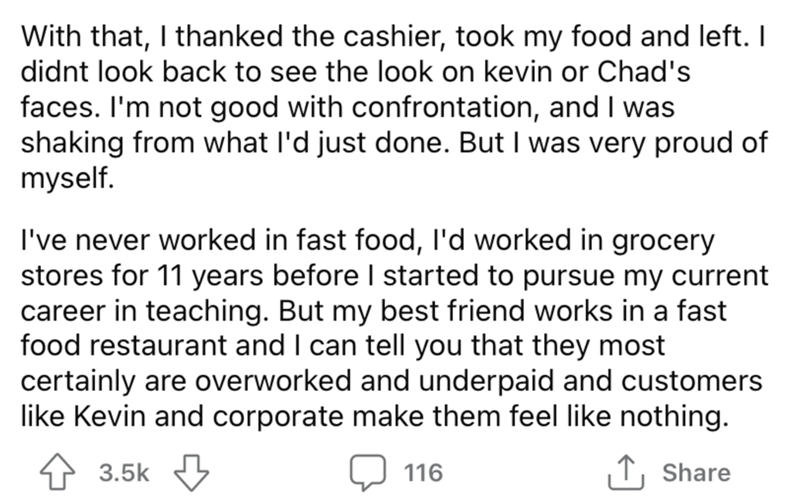 As we have reached the end of the story, we hope that this story serves as an inspiration for everyone to step up and stop if you see anything wrong that’s happening in your presence. Not everyone has the courage to speak up and especially this kind of people who are working day and night to earn a decent earning but all they get in return is humiliation. All of us need to realize that these people are humans too and they are bound to make mistakes. No one is perfect. Just because they made a mistake, doesn’t mean you can’t handle them patiently and nicely. In the end, we would like to know your thoughts and opinion on this. What if you were in this woman’s position? Would you have stepped up? Let us know in the comments section below.