Let’s just say Americans are quite easy to identify.

One should never assume anything about one’s identity or where they belong just because of the way they look or talk. But that law or ruling can be sidelined in the case of Americans. When an American is anywhere but America, there are many signs and ways to identify one very quickly. If you wish not to be “exposed” (I know there’s a lighter term but I can’t think of it right now) as an American abroad, take notes and if you wish to proudly bost being an American, take notes as well because this can do wonders.

Here are your dos and don’t, or in other words, the weirdest and American things that Americans have said in countries other than theirs. Let’s see if you guys can make it out. You will see all sorts of references, from starting sentences with “Bro” to eating nothing but doughnuts breakfast because nothing else is up to standards. Is it actually that easy to pick out an American because if it is, this is going to be a very hilarious post for some and very offensive for another? Just before we start, I would like to tell all Americans on behalf of these Redditors, that all the comments made are in a light mood and just to get a kick out of everyone because the world really needs some smiles. Take that, COVID.

Now that the disclaimers are out, let’s begin.

Scroll down below to judge! 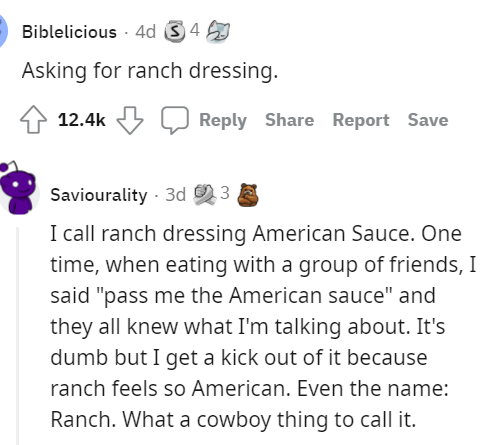 I swear there’s a grocery store near my house and they have their own branded ranch labelled as “American Sauce”. This is so jokes!

2. “Why does everyone have an accent?”, says an American in a foreign country.

And they often consider it a show off.

They eat so much sugar and blame immigrants for the disease spread. Irony.

4. Rules, behaviors, and methods of some states literally contradict the other.

There are some states in U. S. A. that have legalized marijuana.

5. No matter what they do to hide it, that belly bulge still exposes their identity. 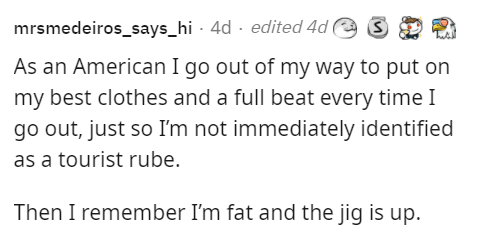 Are Americans ashamed of who they are?

6. Oh my god this story had everything; an intro, a body, a climax, an ending. 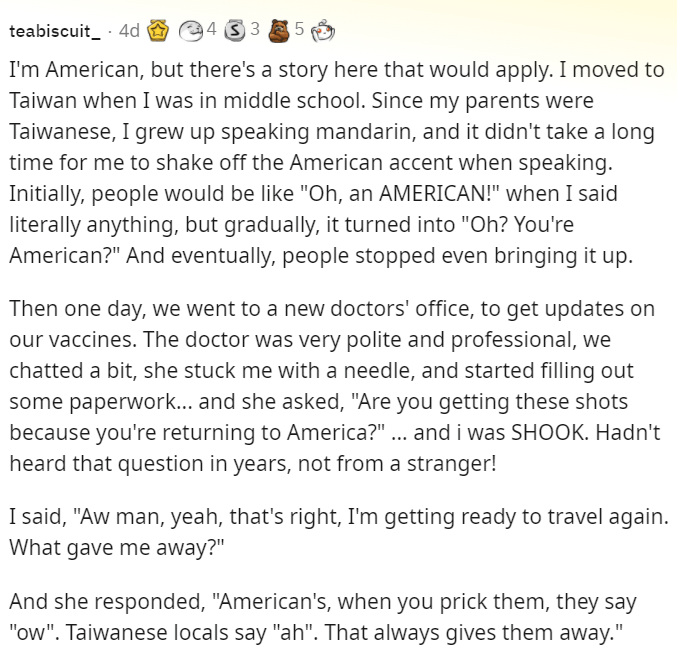 7. Even a friendly pat on the back can turn into a full-fledge lawsuit.

Be very careful, the Americans are infested with Karens and Jeffs.

8. Oh my god, the amount of offensive material in this post is off the charts.

I hope this doesn’t get country-restricted for being too offensive!

9. It is considered a crime in the US if you don’t tip the waiter.

The appropriateness of the tip is another case. 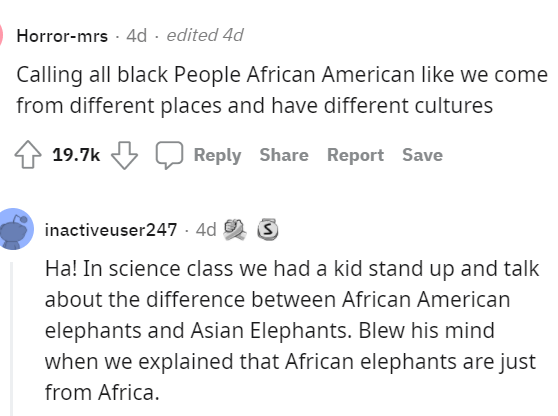 Did the kid dirty.

11. Yeah like everyone on this planet should have built-in information regarding America and Americans.

12. “Only our pronunciation is right.”

You should hear them say “Magnesium”.

13. It doesn’t matter if there is any drink in the cup, there should be ice!

“I need a hot latte with some ice, please.”

I am not usually this offensive, I swear. But this is so fun. It’s not me, it’s the internet users roasting Americans for being Americans. I am just bringing forward their point of view and making them slightly spicy to get things more fun and enjoyable. And I hope that worked.

14. They always use these fancy terms to look cool to god knows who.

15. This is an open fire attack. I repeat, the missiles have been launched.

16. They like to respect those with who they have some concerns.

I am really sorry to all the Americans. Please consider this light comedy and facts at the same time.

17. ‘Mericans can get offended if you don’t know their geography. 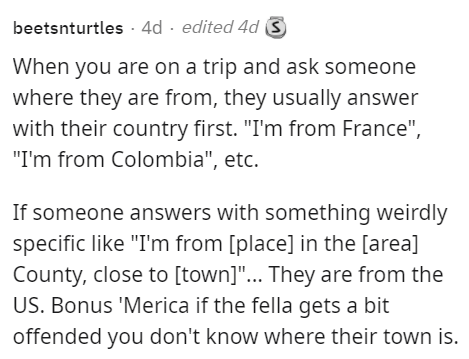 19. If this is true, my fellow Americans you are in some deep trouble.

20. I often confused 9/11 as 9th November because of their reverse format.

American units are different from the rest of the world.

21. American breed is literally so predictable. I know quite a few Americans and all of them started their sentences with all of the words mentioned. 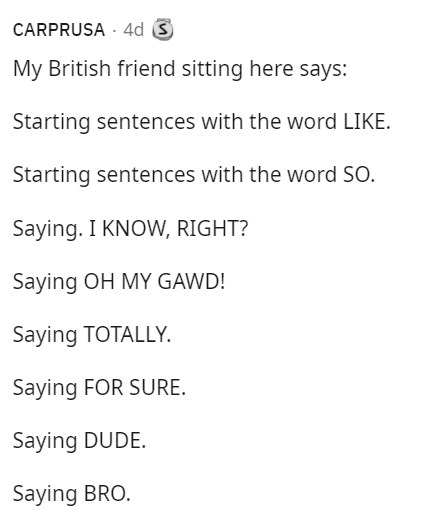 Oh my gawd, like seriously dude…you get the idea.

22. They love diversifying their portfolio…of genes.

When what they should really do is diversify their knowledge about other cultures. 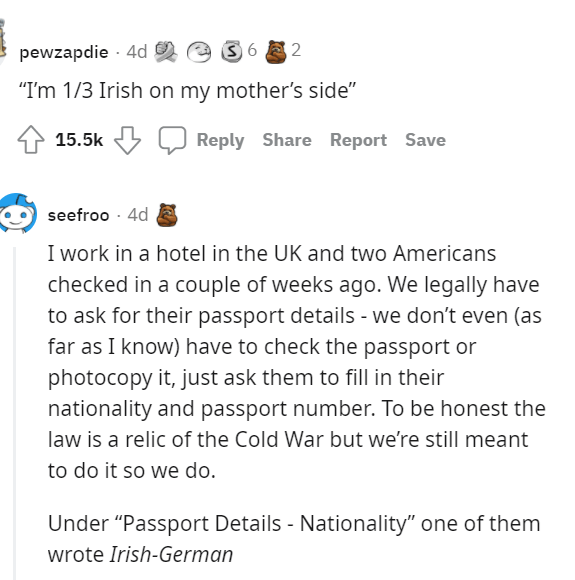 When nationality is considered superior to everything else.

23. Where is the lie? Stop searching, there isn’t any.

25. “But under muh constitution’s jurisdiction, I am allowed to do this.”

Well then do it where that constitution applies, you dummy! 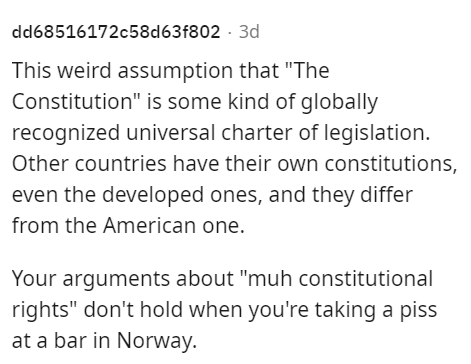 26. A book should be written on this titled, “The dilemma of the US citizens.”

27. What can they do, their ‘Murica is so big, they have to be specific. 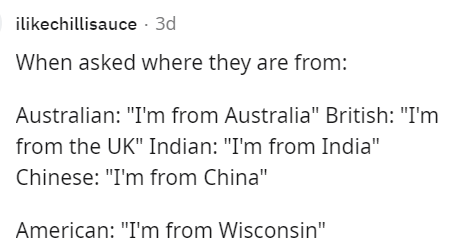 Yeah not like the UK, China, Australia, and India are big or anything.

Sorry Americans, but roasting your asses just made everyone’s day.

I know these Americans are very sweet and would fully understand this whole process of American identification and that it actually is very easy to know who is an American.

I really hope you guys enjoyed it. Feel free to share your thoughts in the comments section down below.