I mean it is very rare to have vitiligo as a human as well. But it is even rarer for cats. It is a genetic condition and nothing can be done about it. However, some people bully those who have vitiligo. I think we should embrace our difference and celebrate what makes us unique. But in recent years, people have become more accepting and there are many stunning models with vitiligo that have helped in this case. 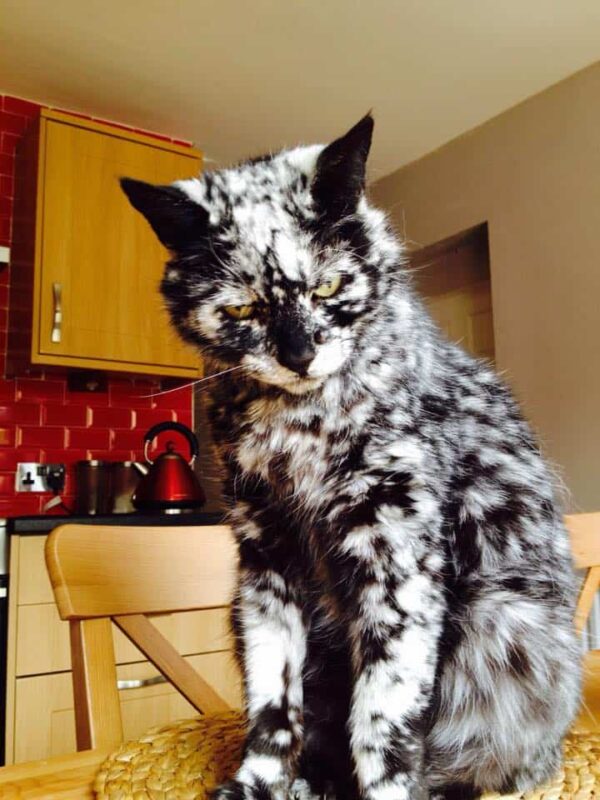 And that is where Scrappy comes in. He was just a normal black cat when he was born but the white spots started to emerge the day he turned seven and the vitiligo just continued to take over his body until he was a white spotted cat. And while he is no longer on this Earth, we will always remember scrappy. And that is what we are here to do. This is what his owner David had to say about this extraordinary kitty.

Despite his age, he picks scraps with the neighbourhood cats… I guess you could say that he rules the street. Scrappy is a total diva! He isn’t the best cat to take photos of as most of the time he looks the other way or walks away… He can also be quite grumpy at times. Though he was cute, we didn`t think others would regard him to be as cute as his siblings. I made the decision to take Scrappy as I knew he would be the last one to be taken, if at all. -David 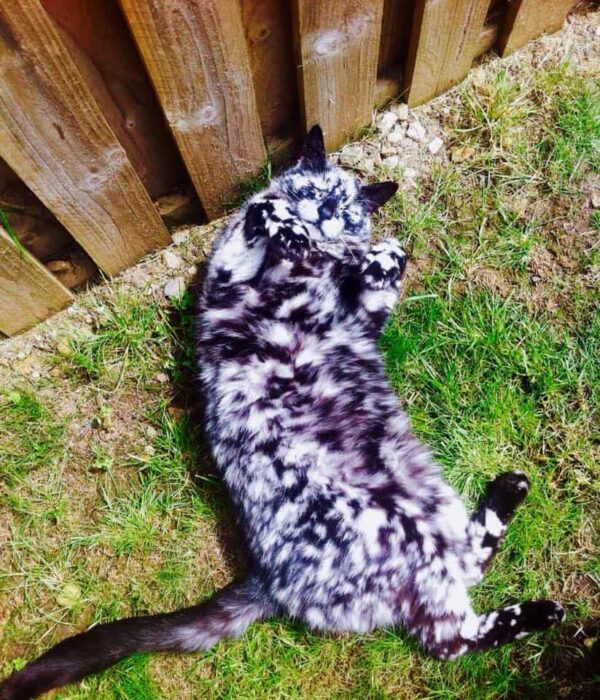 he developed a skin condition known as vitiligo when he was seven years old. 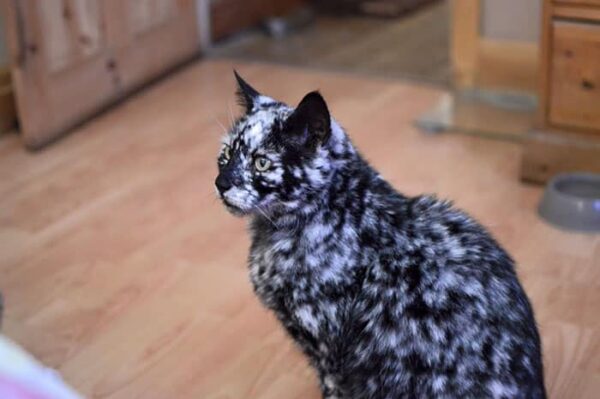 Though the skin condition may appear weird at first, I assure you it doesn’t affect the person’s health at all, or in this case the kitty’s health. He not only looked unique but he also lived a long and happy life. He was adopted by David in 1997 and passed away after nineteen years. We will all remember the tough scrappy and there is also a book written about I’m detailing all of his adventures which you can take a look at right here.

He passed away at the age of nineteen after living a full life. 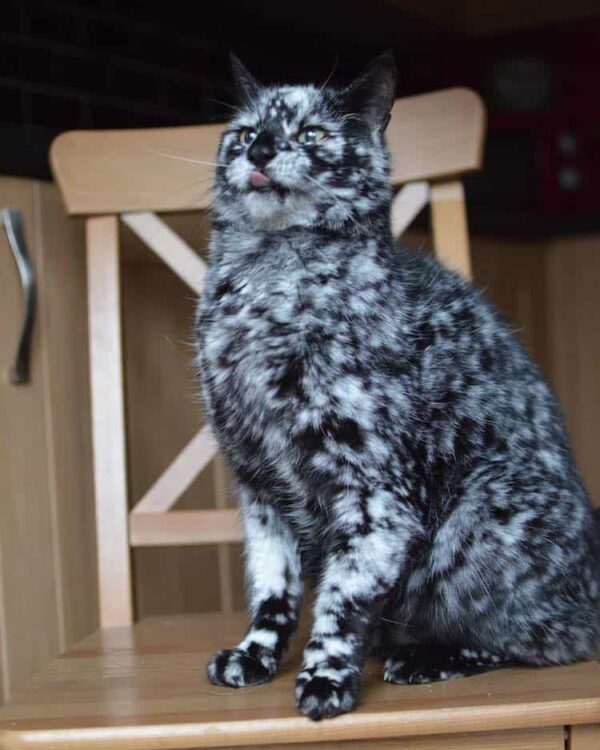 He keeps me up most of the night due to his loud meows. At random hours… he’ll yowl to be let out. -David

You can see the difference over the years clear as day in this picture. 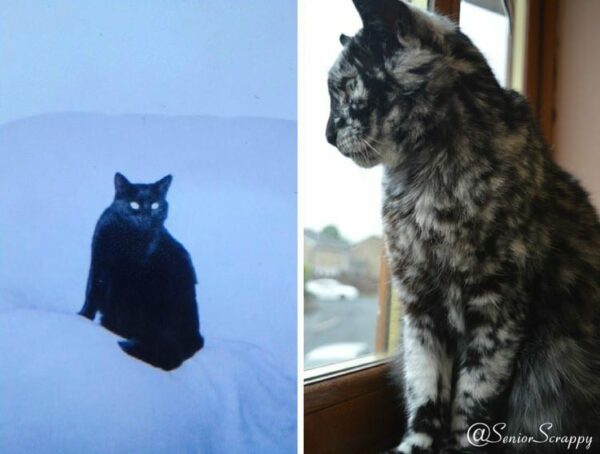 Have you ever seen a cat like Scrappy before? Comment down below and let us know. And don’t forget to share the picture of this extraordinary cat with your friends so they can marvel at this beauty as well.