The software industry is pretty mind-boggling. As a software developer, you have to keep track of a lot of things happening in your code. From managing the classes to keeping track of all files and knowing what are the exact functionalities of all the modules within a software. Software developers have a lot on their plates when it comes to their job descriptions. Honesty, it’s a pretty hectic job and requires a lot of mental work and energy.

However this job is pretty enjoyable. Even when things go wrong at the office and your job is in danger. Yeah, that sounds pathetic, but the fun part is that you’re the brains behind a multinational company’s administrative system. You’ve been serving that company for a decade and have all controls in your hands. Let us share with you a story of a software developer who’s boss fired him, and he took an evil revenge. The developer with over 25 years of experience posted his revenge story in the Subreddit “Pro Revenge” and it’s absolutely pro. Scroll down to read what happened. 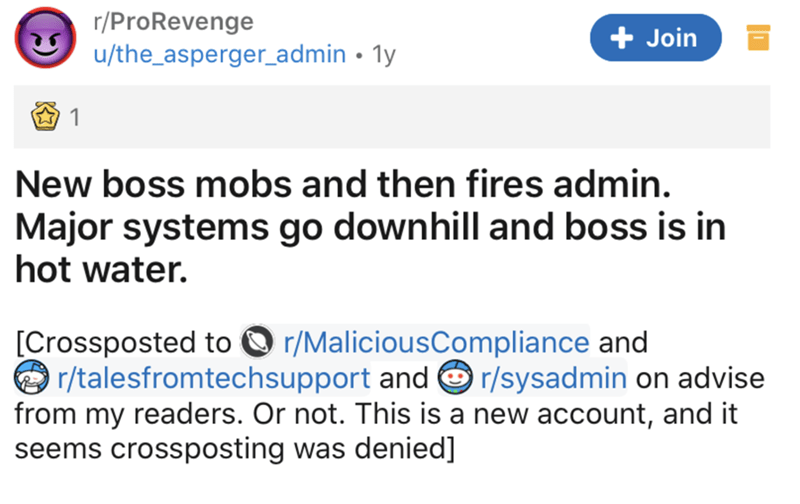 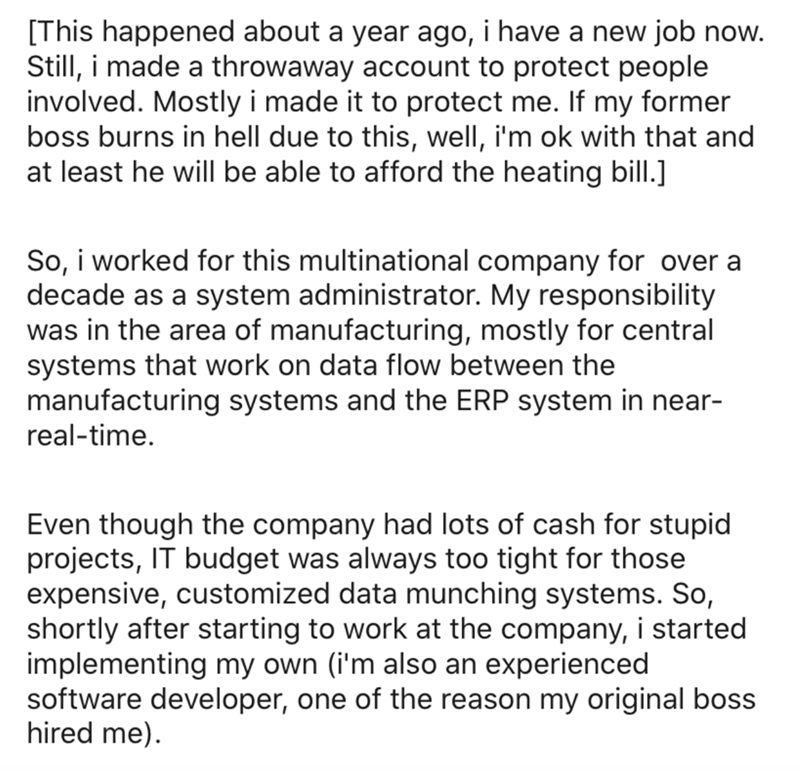 The OP was using his own open source software in the company. 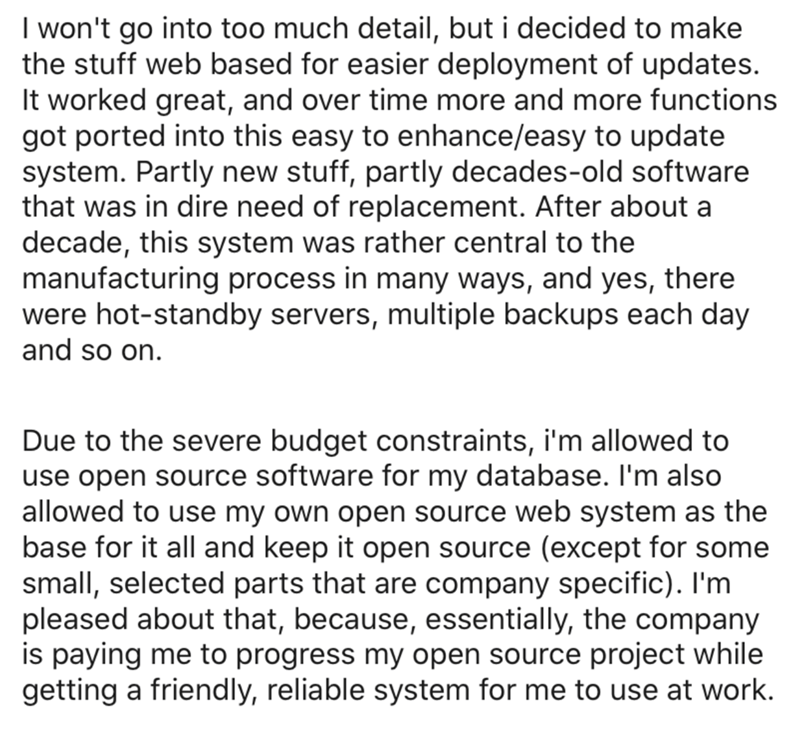 OP’s new boss and his relationship with all his previous bosses. 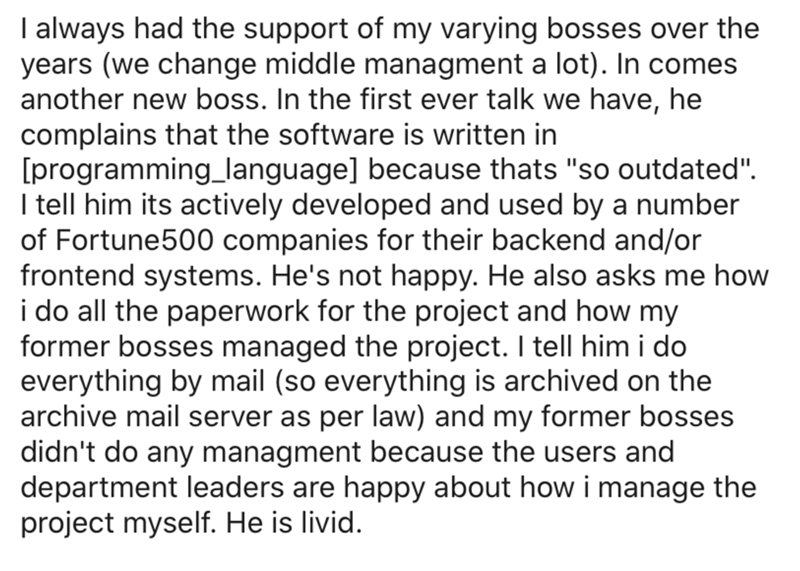 The new boss is a pain in the a*s. 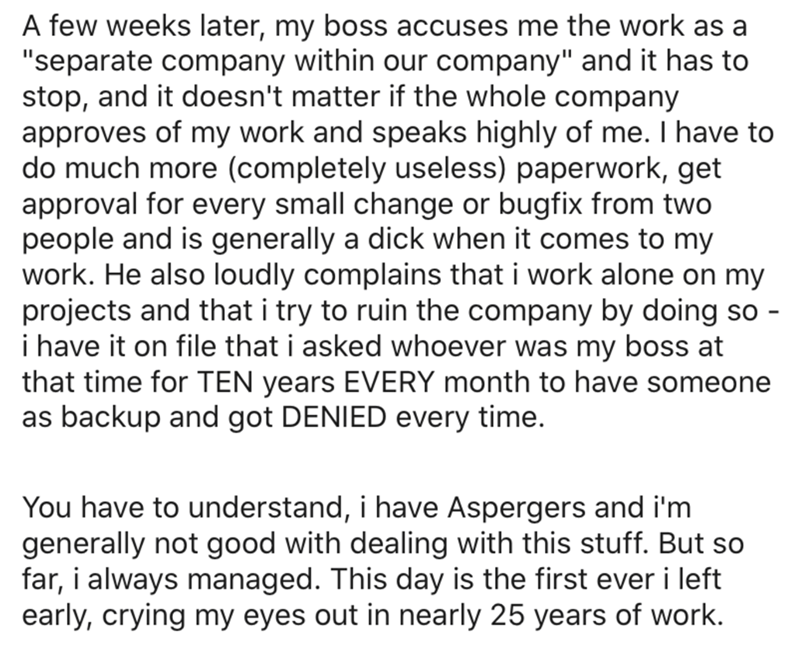 The OP lost his duties one by one. 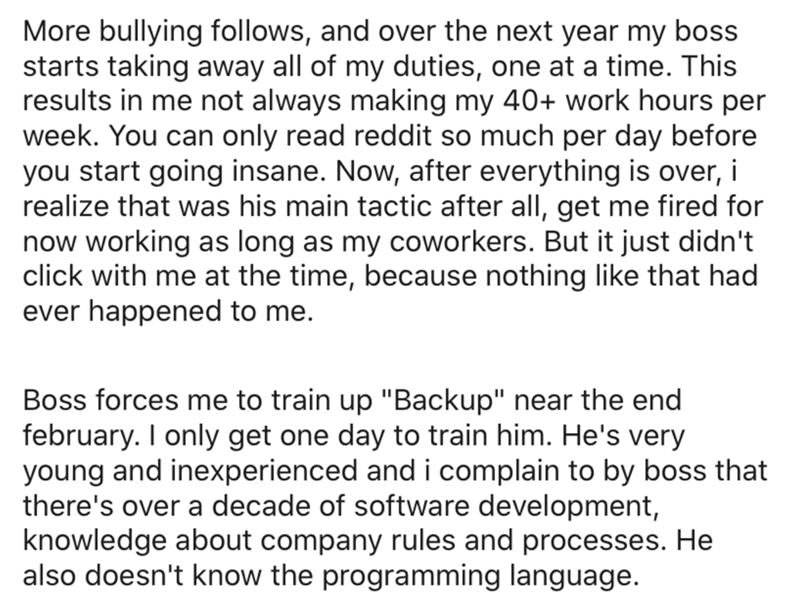 The new boss is a total jerk for behaving like that with OP. It is not what we call professionalism, as OP has been in that company way longer than he has. OP has not only served that company for over a decade, but he was also efficiently taking care of all his duties. There was no point in questing his abilities and hiring a new guy with no experience. At least not as much experience as OP has. The way this new boss is behaving, it seems like he’s trying to get even with the OP for something. 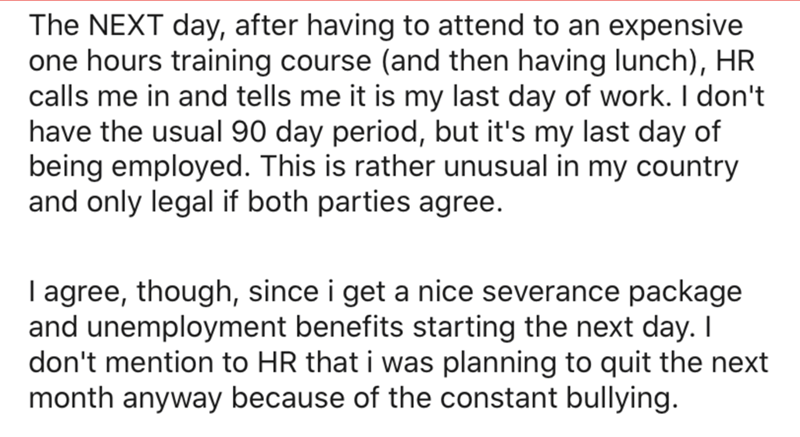 OP makes some changes in his code. 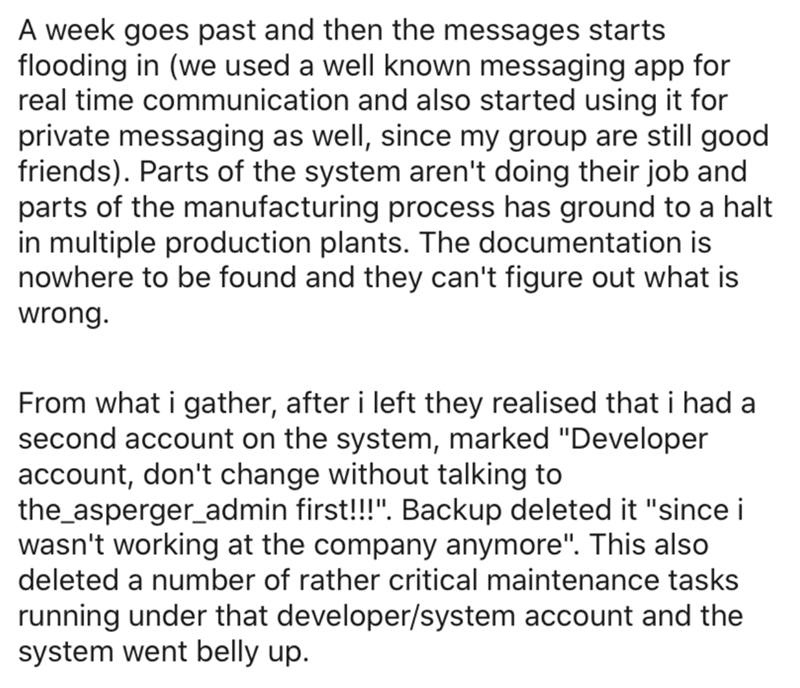 The sh*t hits the fan. 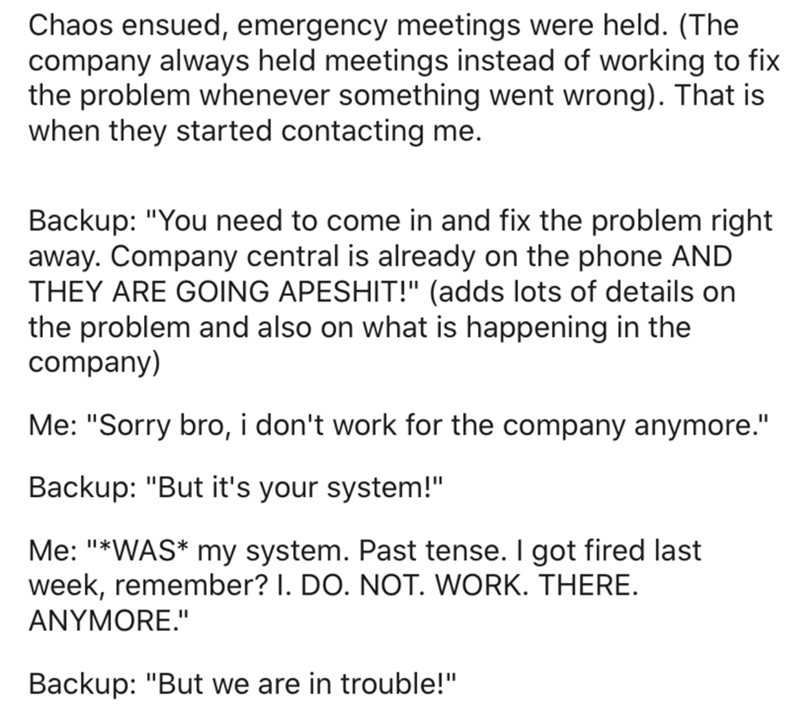 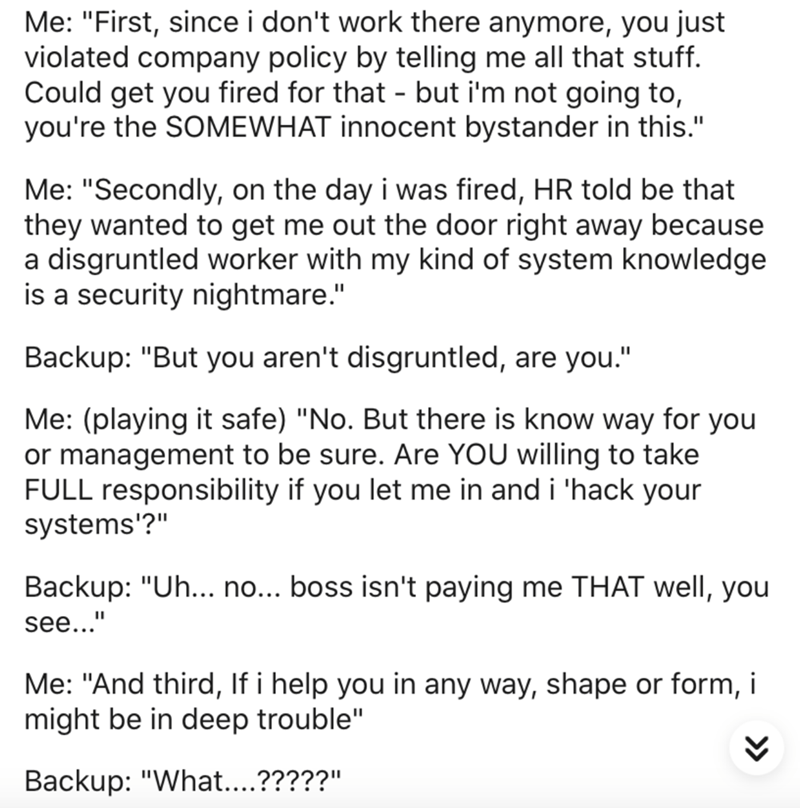 Only OP can save them. 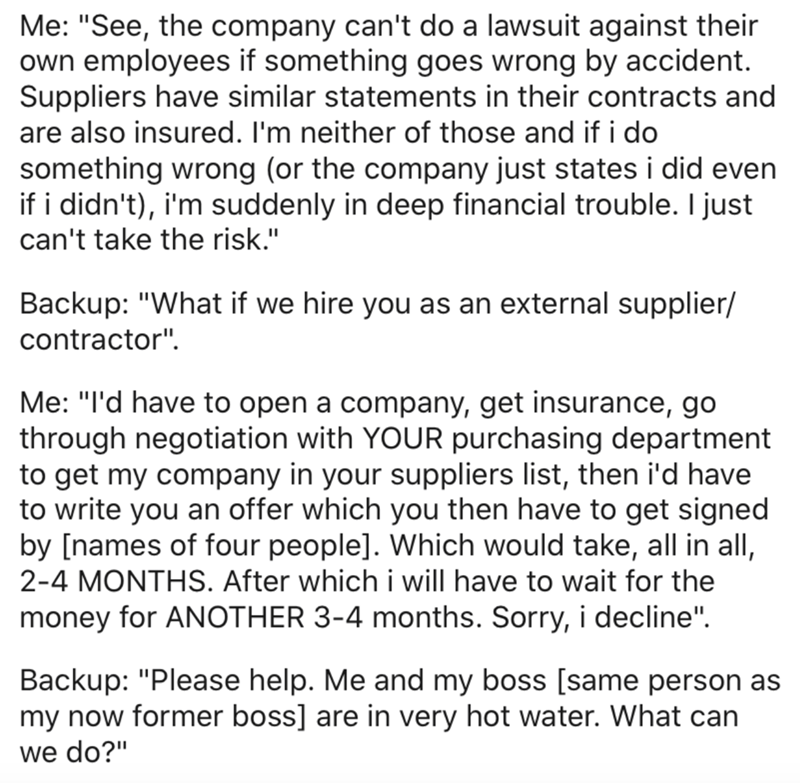 Anything to get OP to help with this matter. 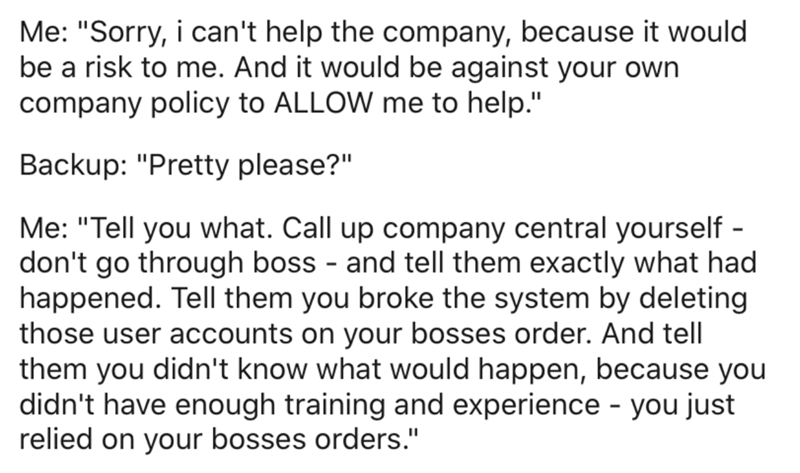 How the tables turned. 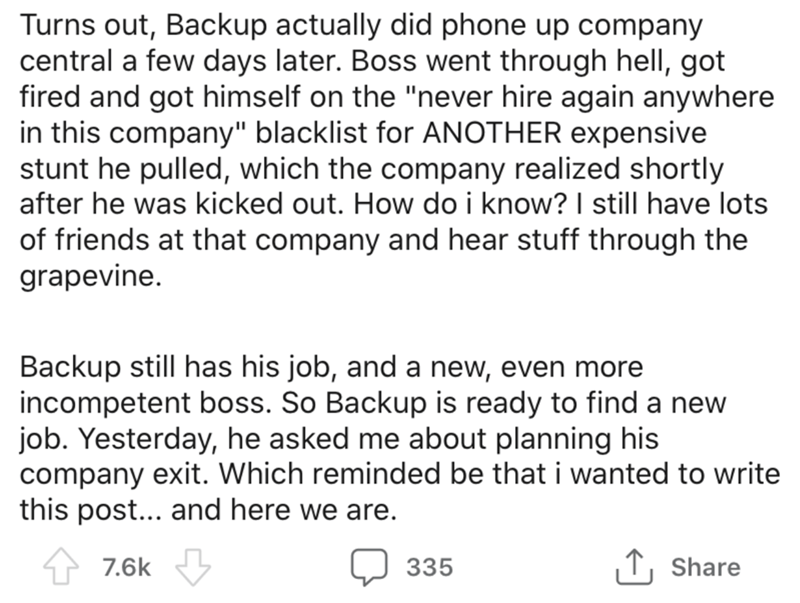 Whoa! That’s definitely a pro revenge. Hats off to OP and his genius brain for teaching Mr. new boss a lesson he would never forget. What do you guys think of this revenge? Let us know in the comments below.