Karens really are a nightmare.

It isn’t just employees that work in retail or customer service that fear facing a Karen every now and then. Even on a huge corporate level, Karens are dreaded. What is a Karen, you ask? I’m sure you already know the answer to that but I’ll still let you know if you’ve been living under a rock. A Karen is a middle-aged loud, white woman who is incredibly self-entitled and would love to speak to your manager. She thinks a company’s employees are her personal slaves just because they are serving her. She probably also drives a mini-van and has short, blonde hair in a bob. You get the picture, right?

This man on Reddit shared his story about facing a Karen on business level. She was being incredibly rude to a minor and demanded things she wasn’t entitled to. After breaking multiple clauses in their contract, the Karen and her guests were removed from the premises. Read the whole story down below:

The guy gave a little background to his story. 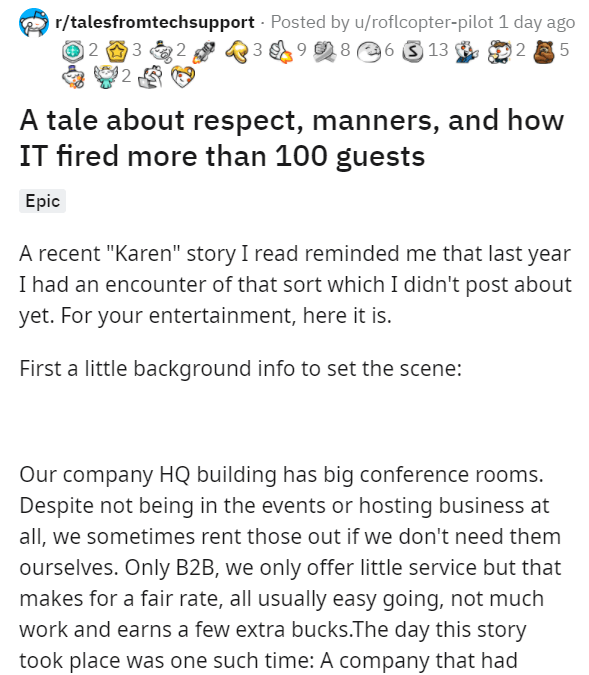 So they rent out their conference rooms for extra revenue. 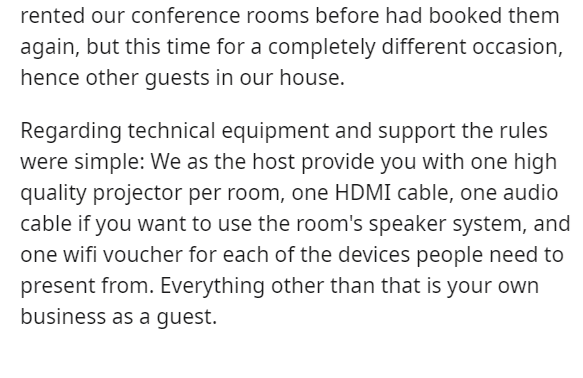 They were short on staff so the guy helped around with lower management level things. 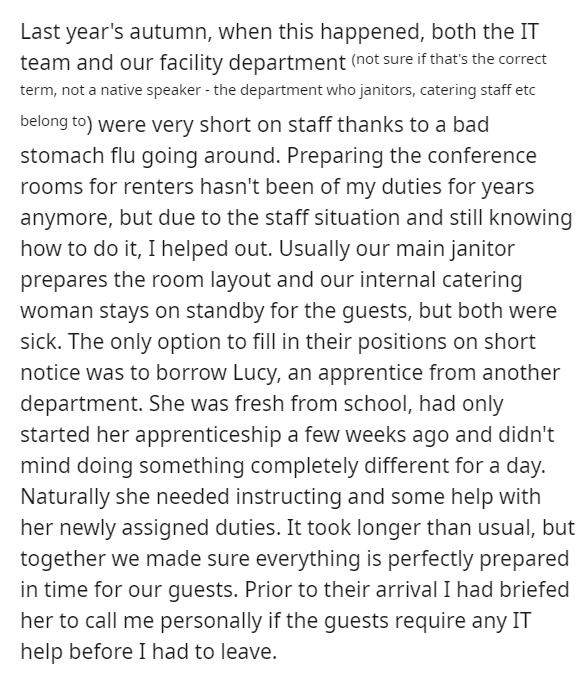 Lucy asked him to come to her for help, and things seemed really off to him at this point. 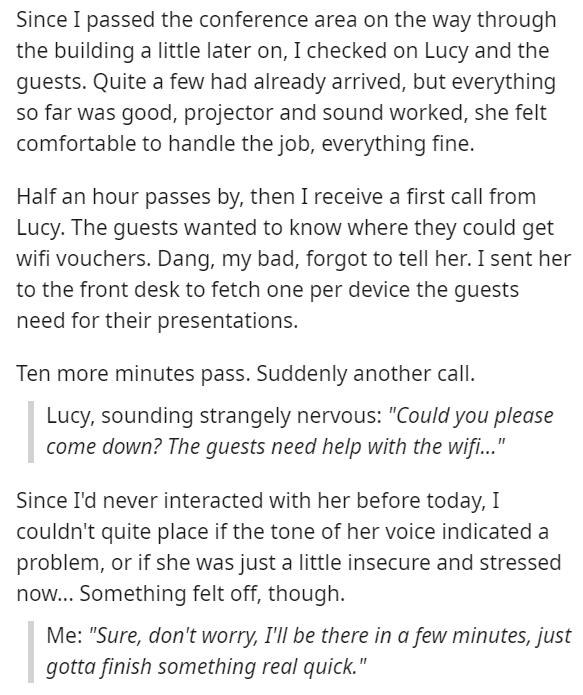 When he reached the conference room, he saw a very loud woman being rude to Lucy as she cowered in a corner. 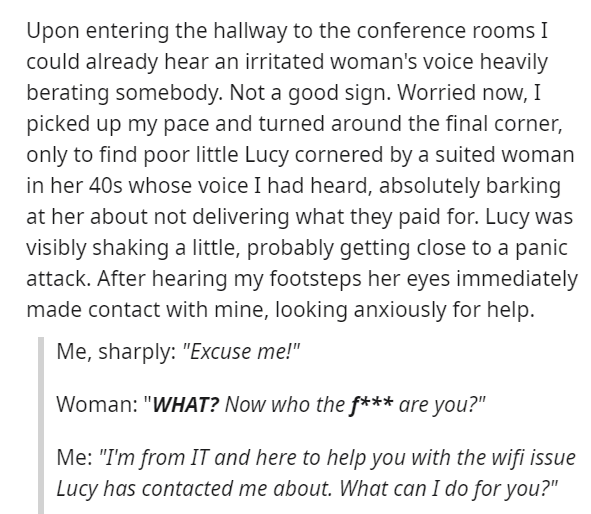 The woman verbally abused Lucy and that is when the guy snapped at her. 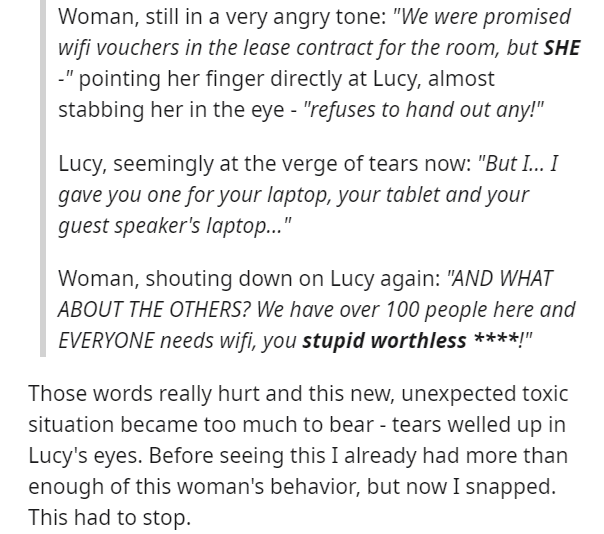 She demanded to see the manager, and that is where she messed up. 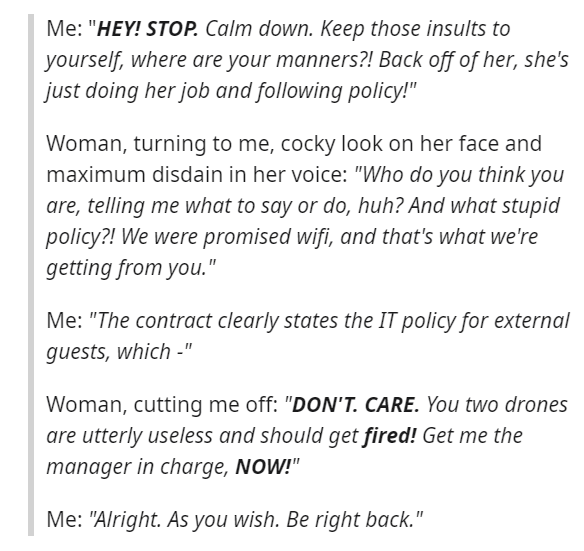 The guy comforted Lucy and that just proves what a good boss he is. 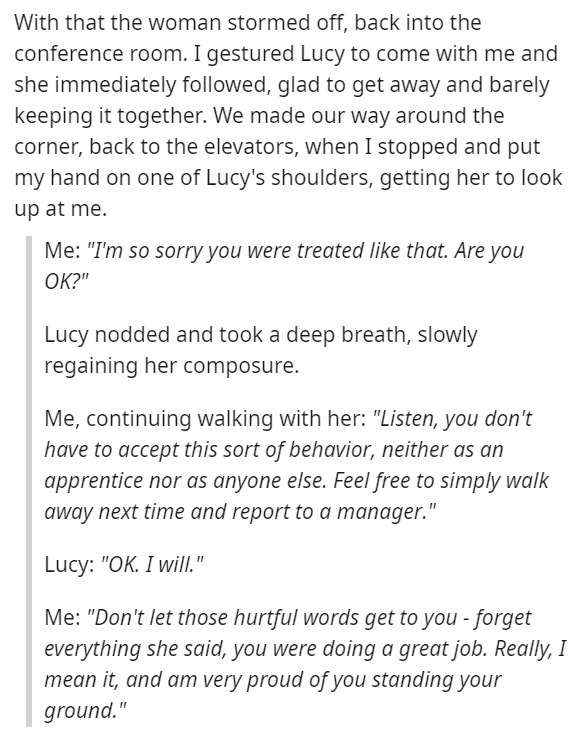 The guy changed to his routine suit and tie. 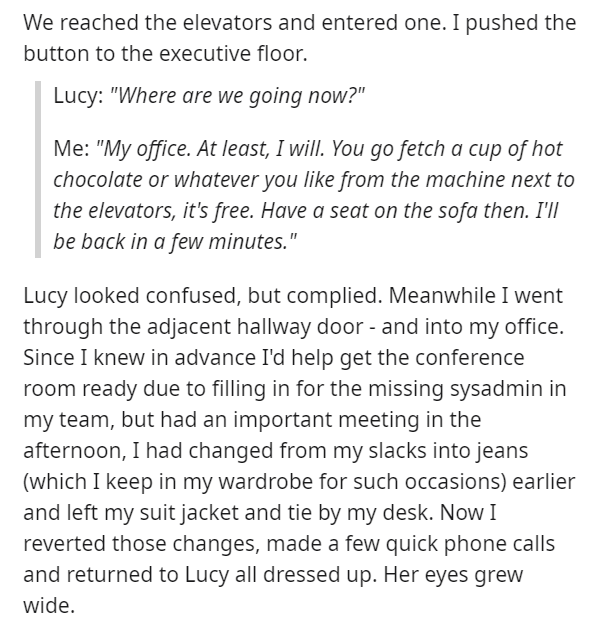 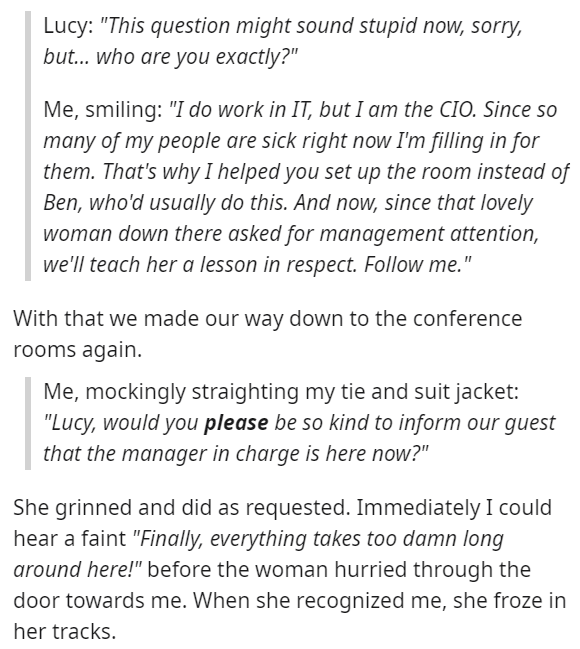 The guy introduced himself as the CIO, and the Karen was left speechless. 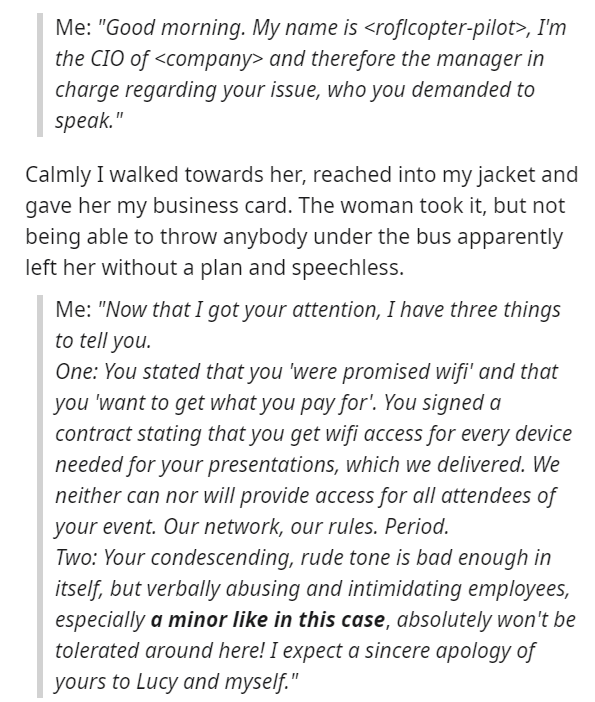 The woman apologised, but the guy wasn’t going to take anymore of it and kicked her out along with her 100+ guests due to breach of contract. 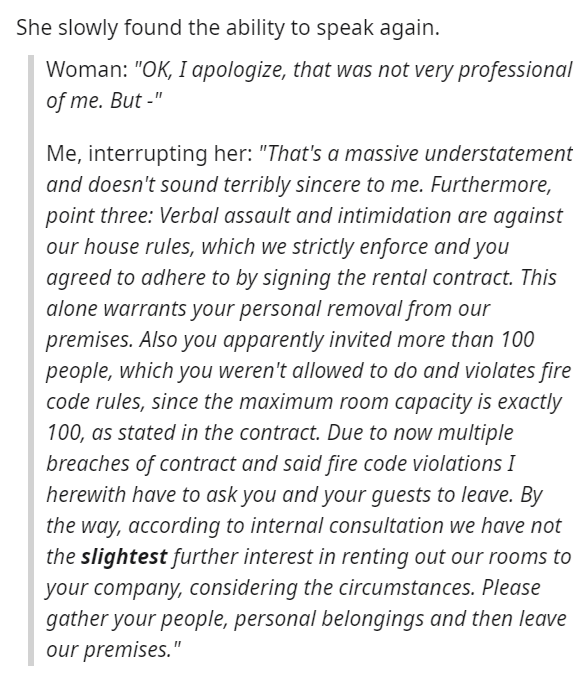 She refused to go and had to be escorted out by security. 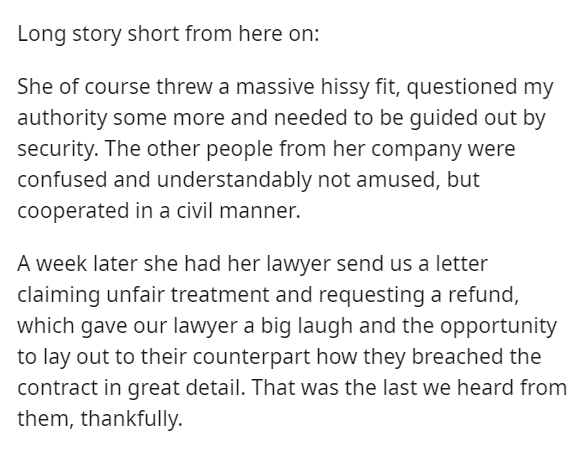 The woman got what she deserved. At such a level, you would expect a working woman to be professional, but this one didn’t even have any basic manners. You do not treat employees like trash just because you’re higher up in the hierarchy. You only need to be a decent human being. After this incident, I hope the woman learned her lesson. 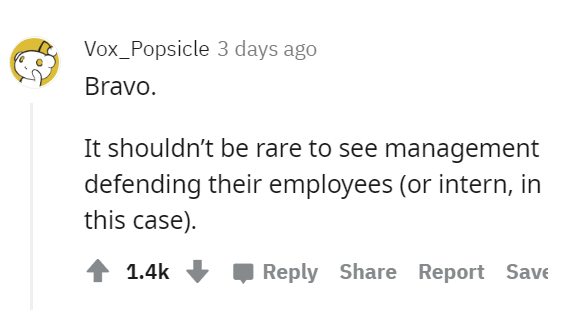 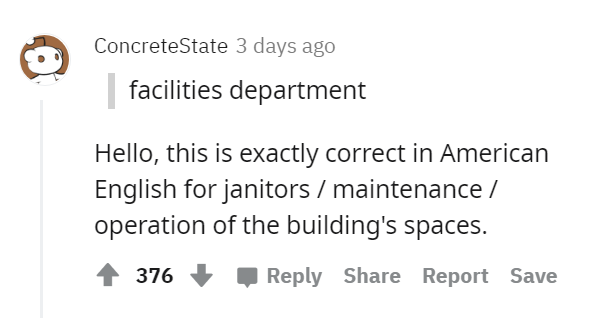 If you want to apologize, do it right. 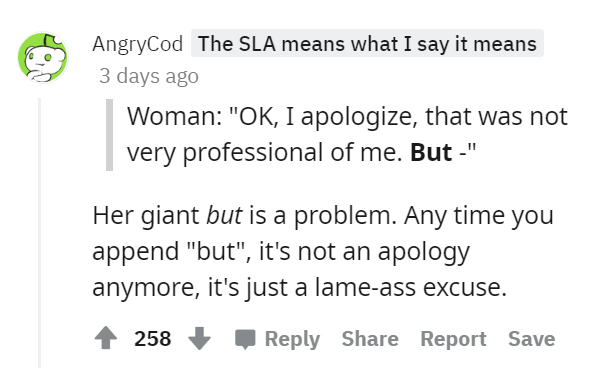 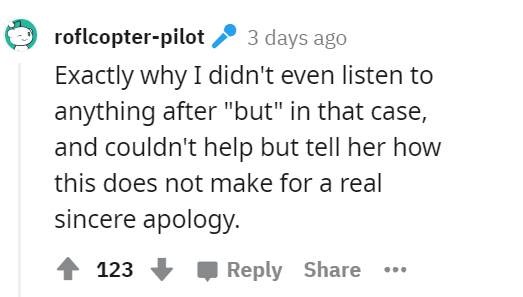 The law asks you to GTFO.

Things escalated for her quite fast. 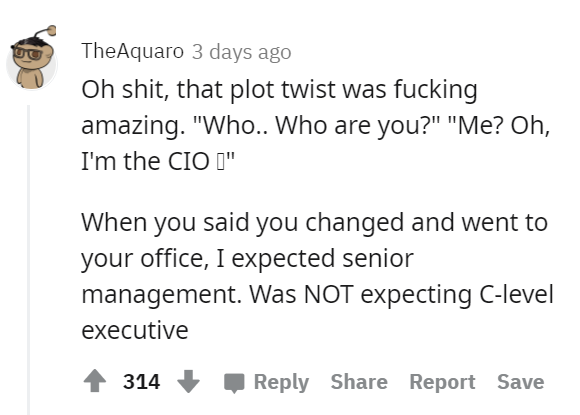 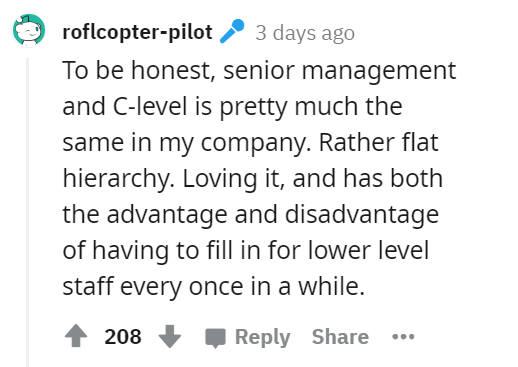 This guy is a hero for standing up for the apprentice. 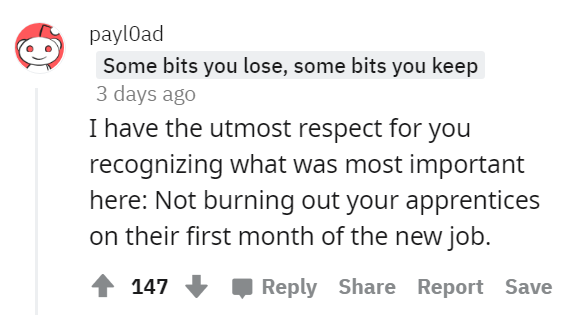 I bet Lucy will always look up to him now. 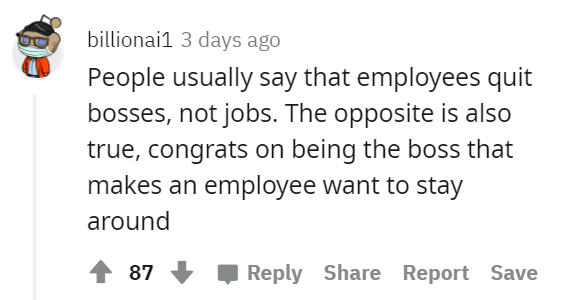 Do you think the woman deserved what she got in the end? Share your Karen-related incidents with us in the comments below!