Never push a worker to their limits.

Customer service ain’t know the joke. You meet thousands of people which also means you meet thousands of brains every day. Some are actually well-functioning brains, you have got to give credit where it is due but the others, they are infected. Do you know by who? By the Karens of the world. The germs are really traveled at a high pace and the whole idea of entitlement has really impacted the functioning of those poor brains. As a server to the customer, you have to deal with a lot of tantrums which is okay for all of them as their JD requires a person who is very patient with that kind of stuff, but when they get unfair, the servers are forced to provide the entitled with a not-so-sweet sweet reality check.

This one group of entitled individuals who seemed to have left their modesty back home decided to order a lot of expensive food items and drink at a food spot. The server complied and served the food as order and was treated with a very low tip, garbage considered to what the bill for the food and drinks amounted to. So it was time for the server to deliver the group a reality check that was long overdue.

Scroll down below to read what happened!

1. The server had ample experience to ignore stupidity but given the stressful times they were going through, you have to make a statement sometimes. 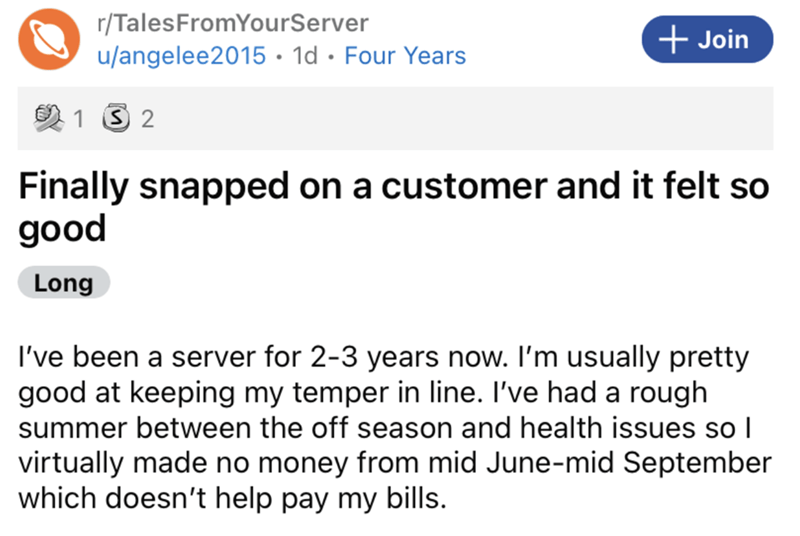 It is nice to stop the wrong right in its tracks!

2. GIven how this server complied with everything the customers said, they should’ve been tipped a sweet amount anyway. 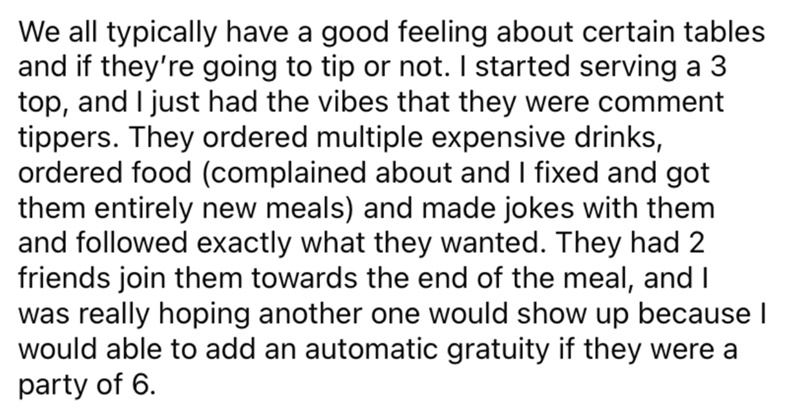 The vibes don’t seem too good. 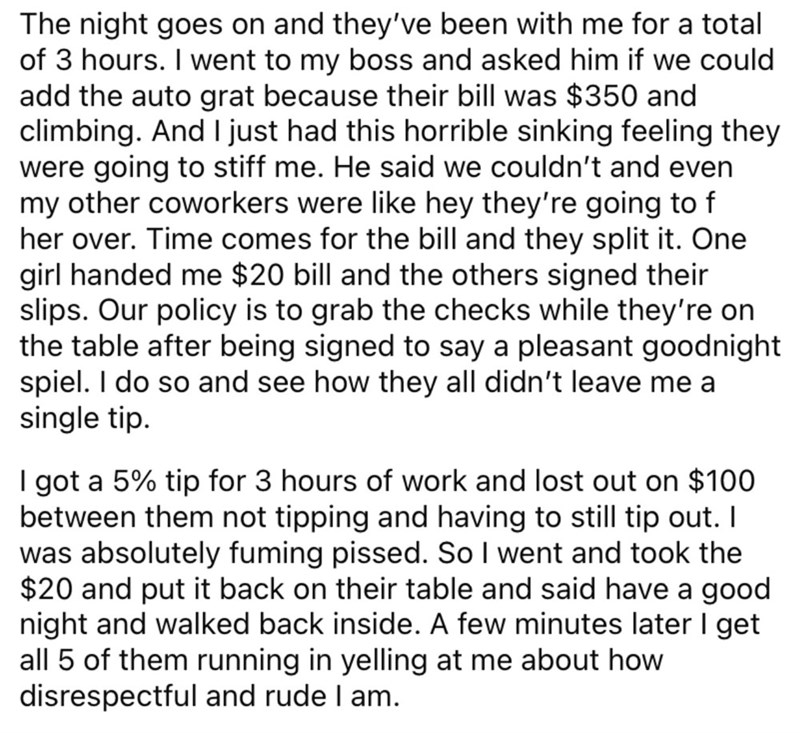 My people! You just tipped the server $20 and have the audacity to call them disrespectful? Science needs to be funded to get rid of this Karen gene as soon as possible because it is rotting brains at an unprecedented rate.

4. Put right into the spot they were always supposed to be in. 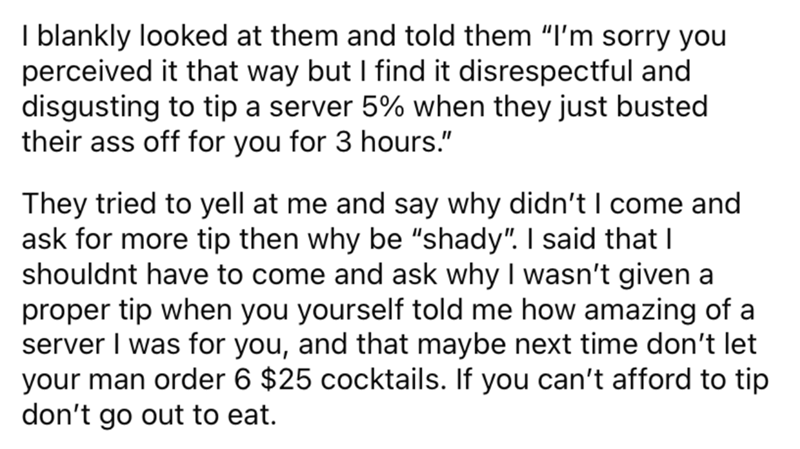 That must have hurt a little, they wouldn’t have shown it but it surely poked them.

5. “Hey! You’re really good but also f’ off.” This is what you call pure hypocrisy. 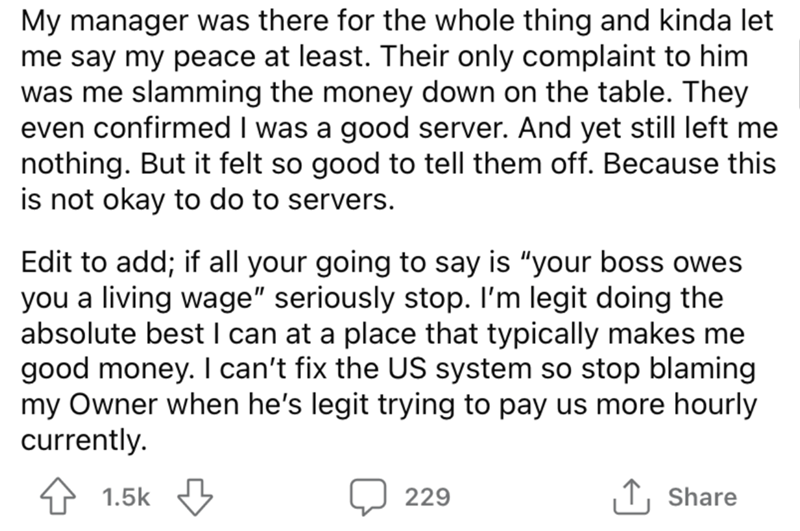 This is triggering me on so many levels. Imagine going to a restaurant and order stuff like you’re some business tycoon and even paying for all of it, yet not sparing some extra cash for that one individual who literally spent 3 hours serving you to all your needs they could possibly cater. I am fuming! They were treated rightfully.

I don’t know what the joy these entitled people find in showcasing their dominance over those who they think is below them. Superiority will rot everyone, eventually. Remember this. I hope this server is now seeing some better days.

I really hope you guys enjoyed it. Do share your thoughts in the comments down below. What do you think? AITA or NTA? My verdict is a full-on NTA!