We all know that Disney has basically taken over the world and most big-budget movies are produced by them whether they are animated or live-action. And while not all of their movies are masterpieces, none of them are horrible from what I have seen myself. This means that they pay quite a lot of attention to the seemingly small things when it comes to their animated movies and will go frame by frame in some cases.

However, that does not mean that movies produced by this studio are immune to mishaps or mistakes surfacing in them. People have made loads of videos and articles posting out plot holes and inaccuracies in these movies and have made a living off of this content. However, today we will only be focusing on the small mistakes that got overlooked. These might not be evident at first glance as they only stay there for a frame or two but become quite glaring if you’re paying close attention or are watching the movie for the 100th time because your child wants to watch Frozen again.

So if you are ready to look at some classics in a new light, just scroll below to take a gander at these overlooked mistakes. 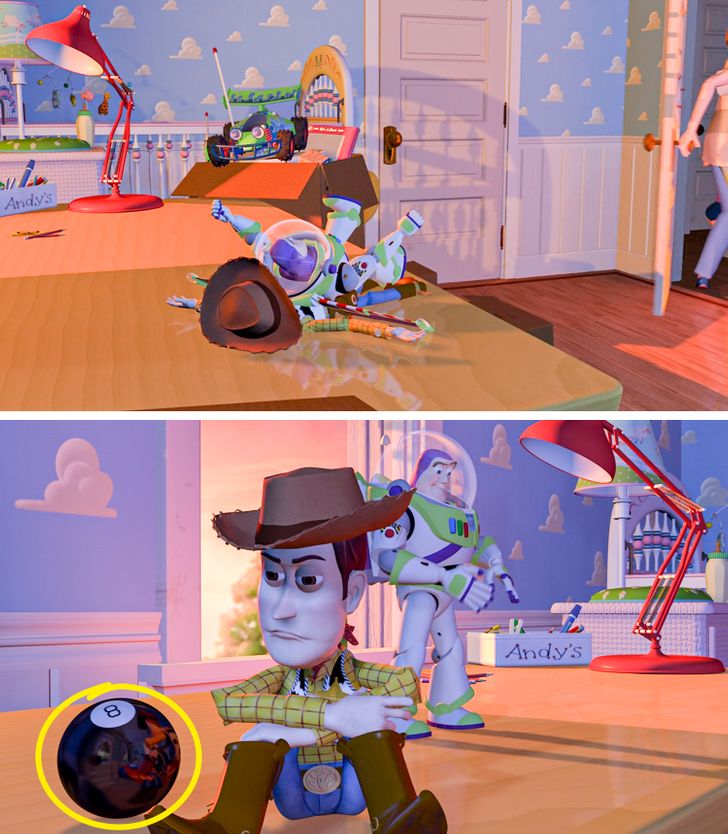 We all remember the first Toy Story fondly as it was not only a great children’s movie but it had something in it for the adults as well. However, what we might not have noticed was the 8-ball that just appeared in the frame even though it wasn’t there before. Was it a magical ball? Who knows? 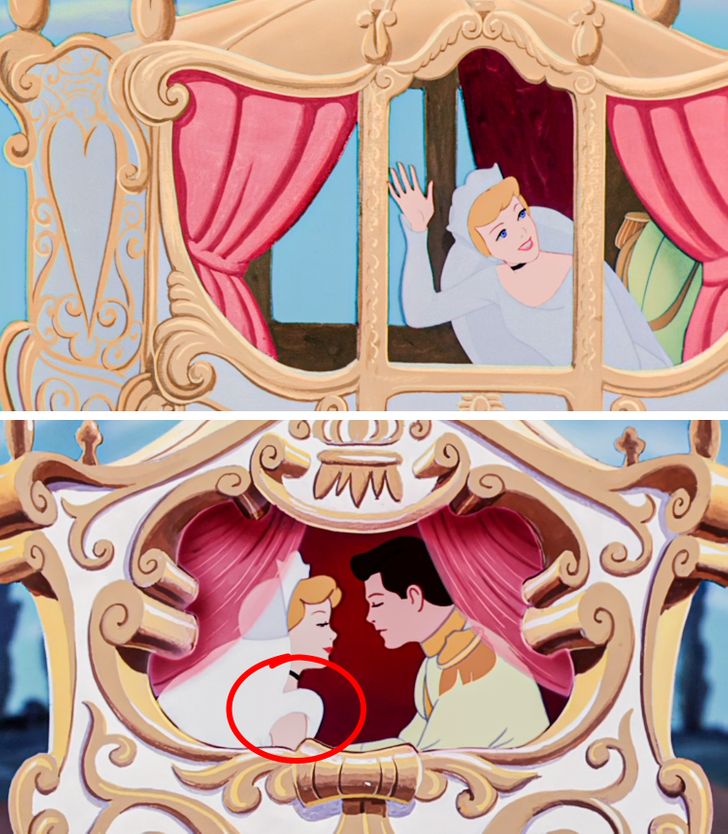 We have seen many iterations of Cinderella over the past years but the original is a classic for a reason. And the dress that Cinderella wears after the transformation still looks absolutely gorgeous. However, the same cannot be said for her dress that she wears at the end of the movie as in one frame, it has full sleeves while in another the sleeves are missing and it is poofy at the top. And is it just me or is the color different as well? 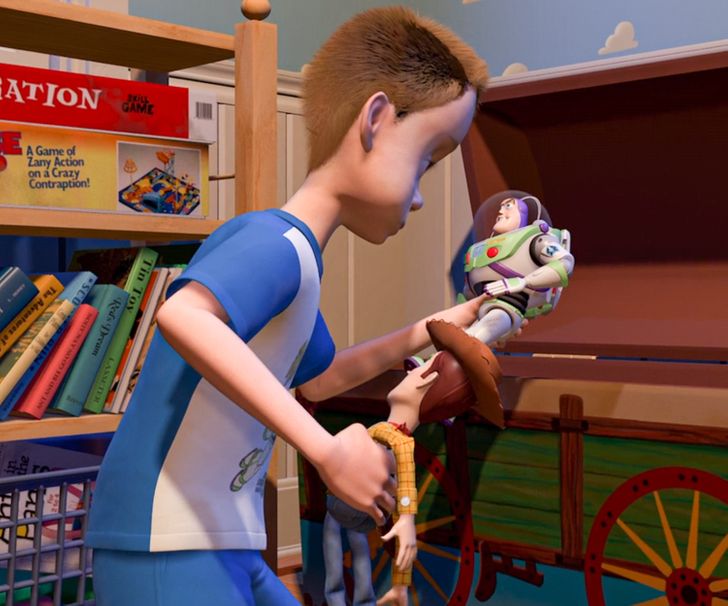 I am sure we all saw this coming. I mean the whole deal with Buzz Lightyear is that he doesn’t think he is a toy but why does he stop moving when humans are around if he thinks he isn’t a toy? 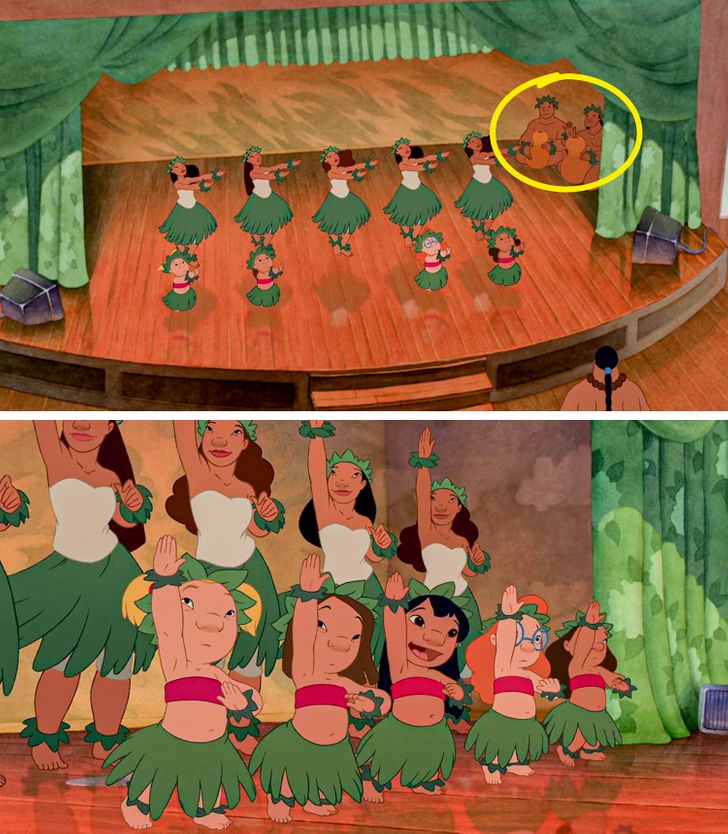 Simply put, the musicians at the side of the stage disappear in some frames and re-appear in others. And no, it isn’t just the angle either. 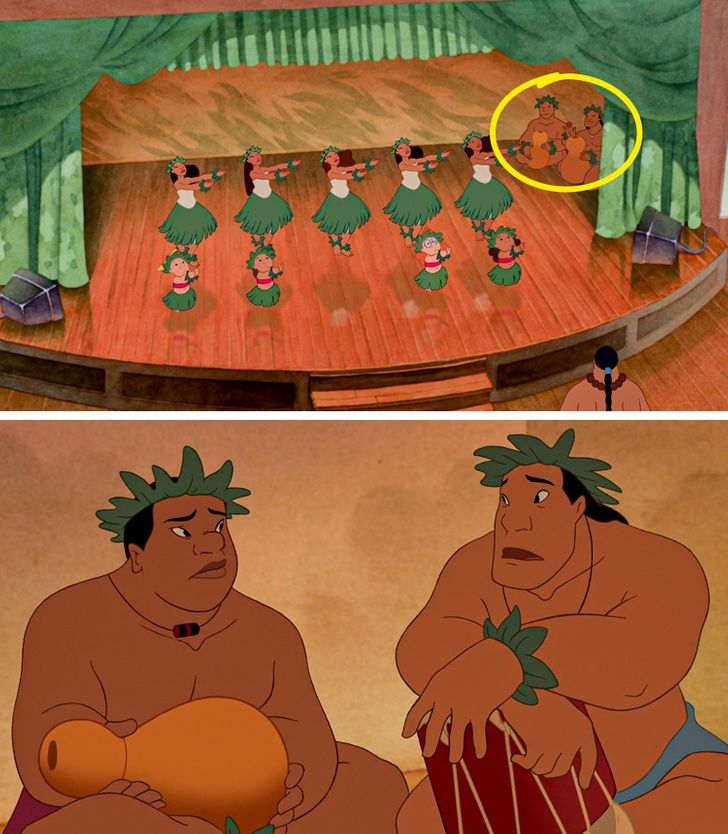 We aren’t done with this movie yet as the musicians also change instruments after they do a closeup. 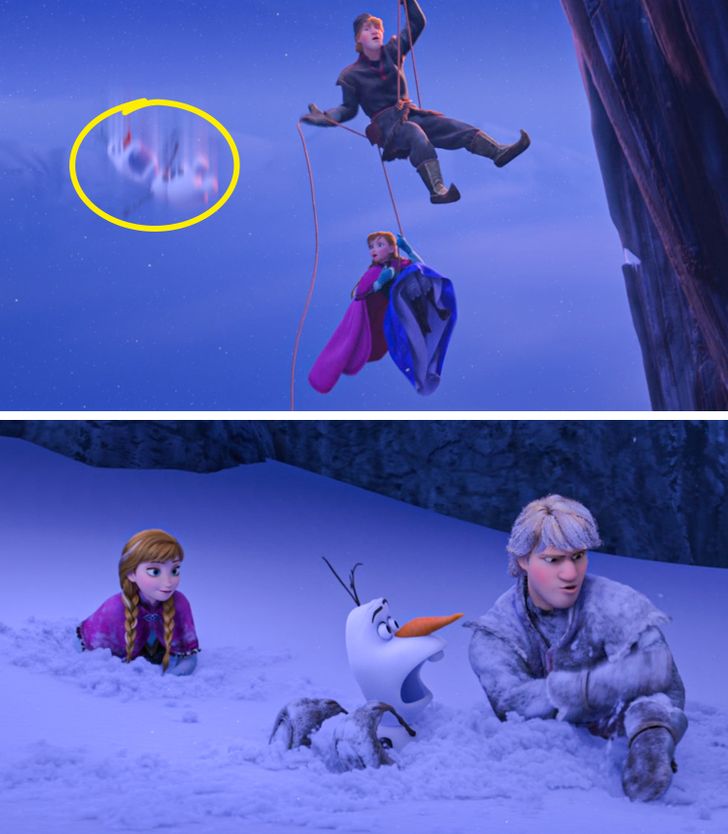 It turns out the smash hit movie Frozen that has us humming Let It Go on repeat also had a few mistakes. We see Olaf falling before Kristoff but somehow he ends up on Kristoff. 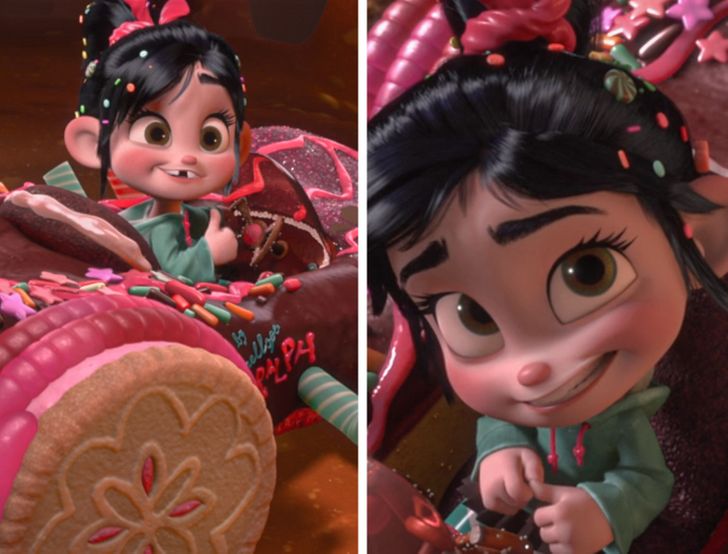 We see Vanellope lose her tooth while she is trying to drive the car but the missing tooth is magically still there for the rest of the movie. Maybe she drinks a lot of milk? 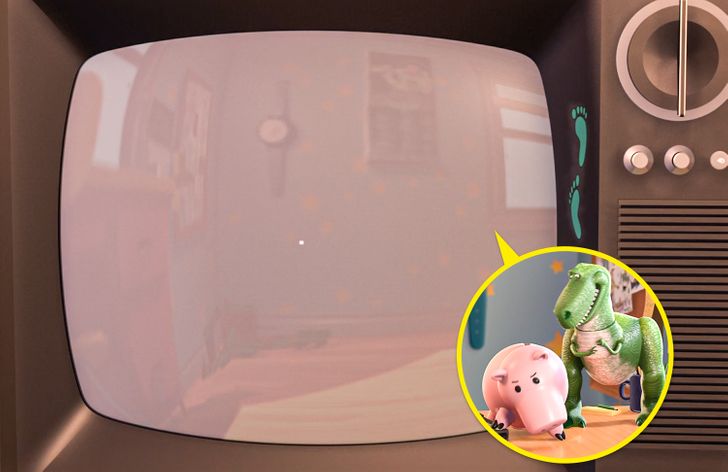 This one is simple, there is no reflection of Hamm and Rex on the TV even though they are standing right in front of it. Are they just a figment of the viewer’s imagination? 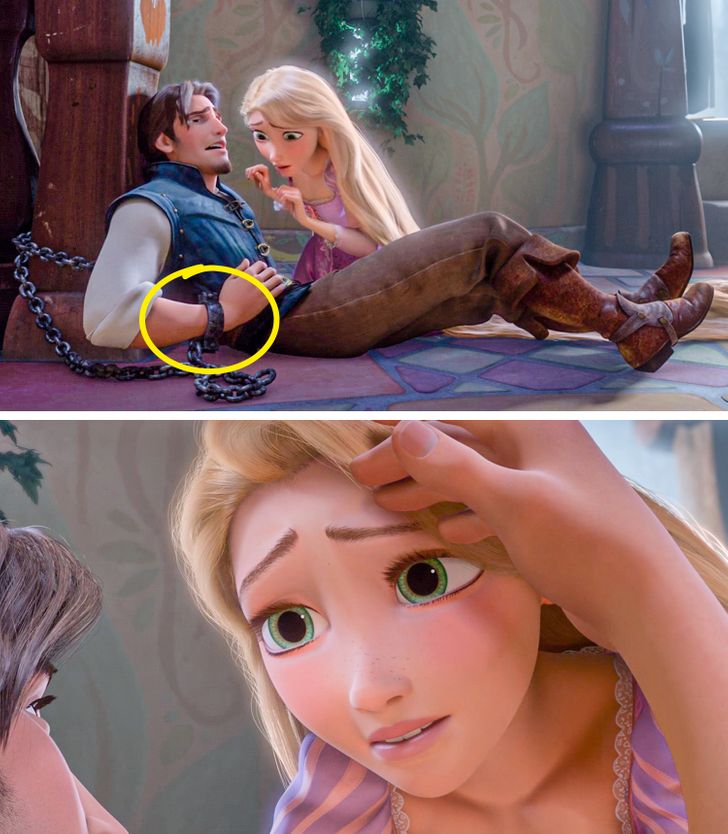 At the end of the movie, we see Flynn tied to a wooden post with shackles. However, in this scene, we see that his iron shackles have disappeared and he can move his arms again easily. 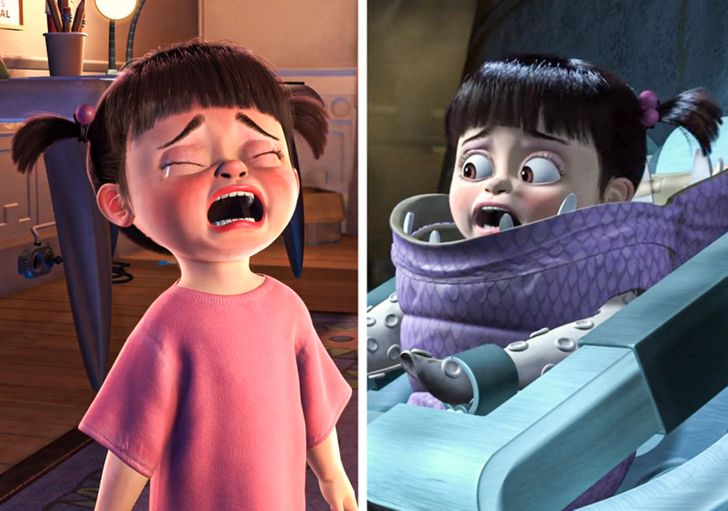 We come to learn that laughter can generate electricity much better than crying and screaming but nothing happens when Boo is caught at the end of the movie and she is screaming. 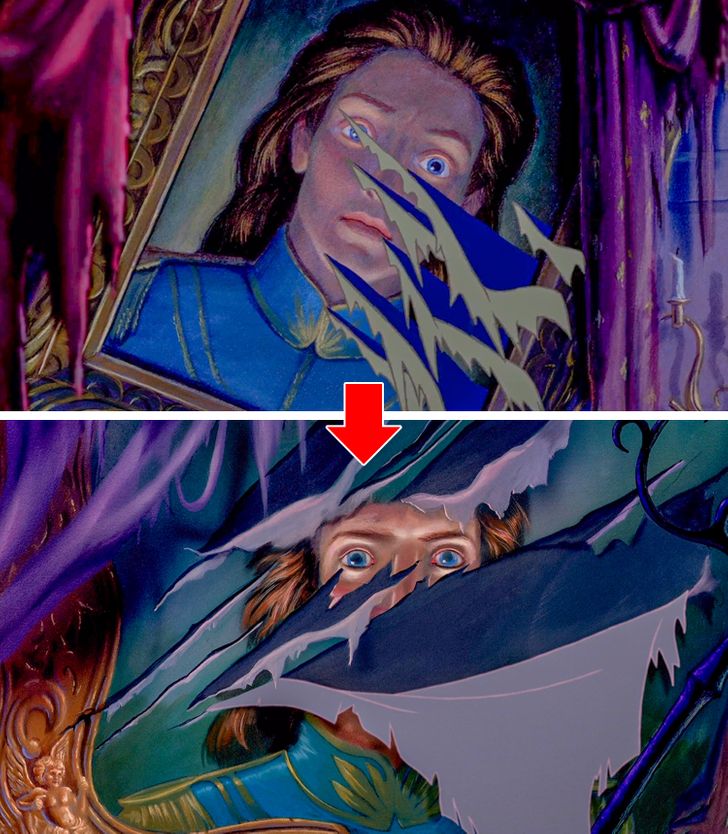 The rips on the picture of the Beast are entirely different in both these scenes. Maybe he has a lot of pictures of his face in his bedroom? 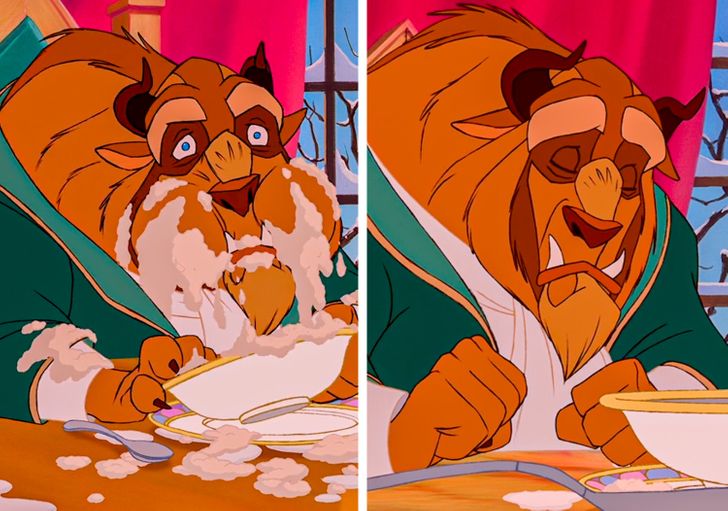 We have another mistake from this movie when we see Beast eating his lunch haphazardly and generally making a mess. But the mess disappears and reappears in these frames.

#13 The Hunchback of Notre Dame. 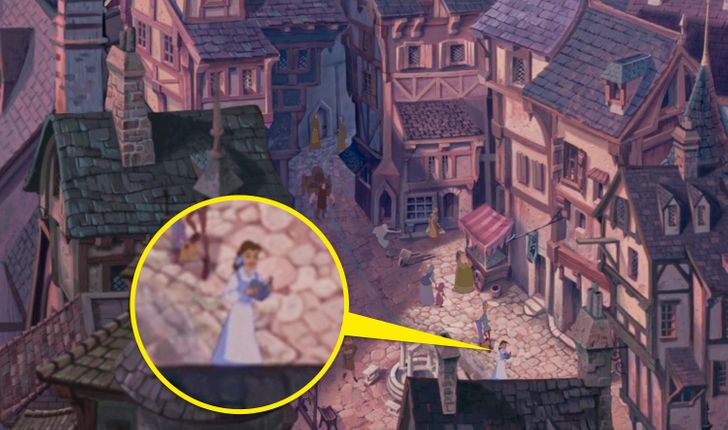 I am pretty sure that this isn’t a mistake but rather an easter egg. But we see Belle in the movie Huncheback when the son Out There is playing. 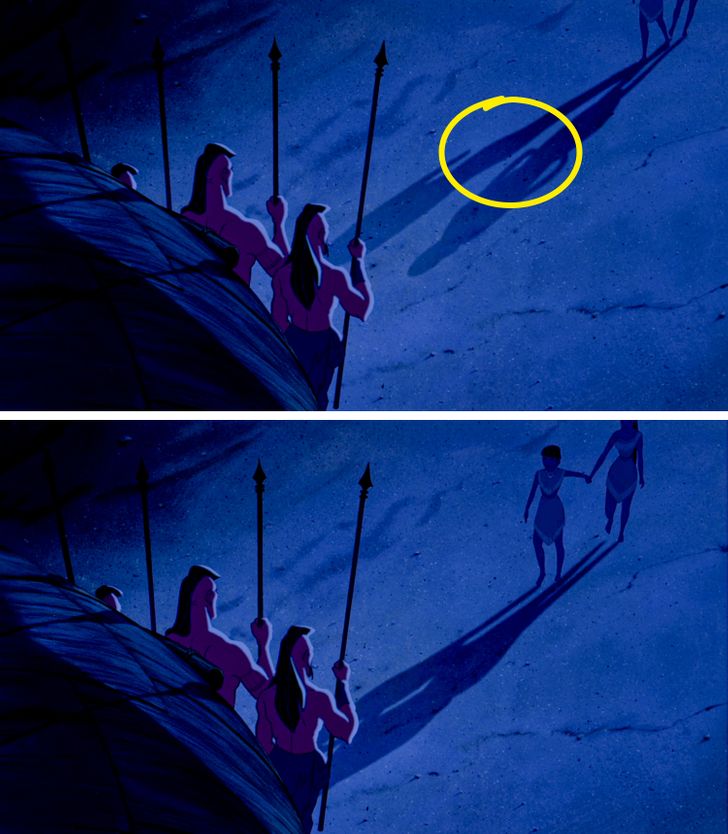 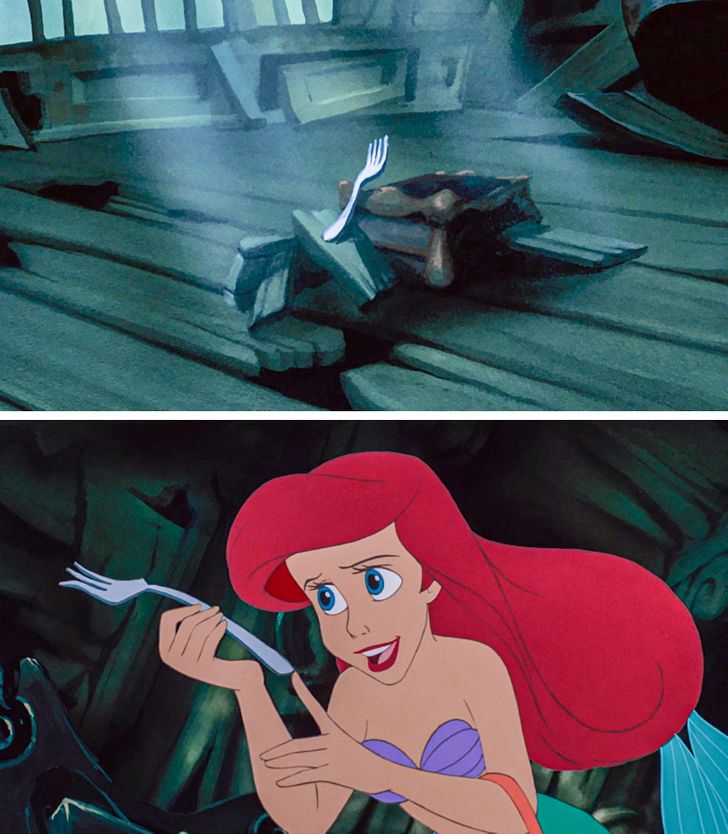 Did you spot any of these mistakes the first time you were watching these movies? Or did you not know of these before this article? Let us know in the comments below which mistakes you have noticed in Disney movies and the ones we didn’t mention in this particular article. Also, don’t forget to share this article with your friends so they can share the most glaring inaccuracies they have spotted in these movies as well.