Unless you are in your own home and isn’t flashing everyone. I mean I would never shame anyone confident enough to go out naked but there is a thing called indecent exposure. There is a reason we humans have evolved to wearing clothes. Being naked also involves chafing and such which is not a pretty thing.

However, that is not what we are here to talk about today. This man apparently thought walked around the hallways of a hotel naked and stalking the housekeeping was an okay thing to do. I don’t know about you but if I ever saw that, I would be scarred for life. Even after he was warned several times, he just couldn’t let it go so things had to come to a head to get rid of him.

We are definitely going to need some popcorn for this one. 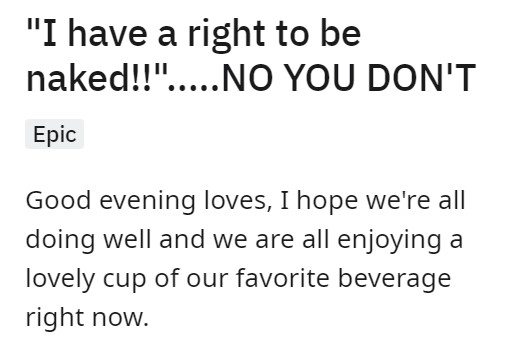 I just hope Ally was okay and he hadn’t hurt her. 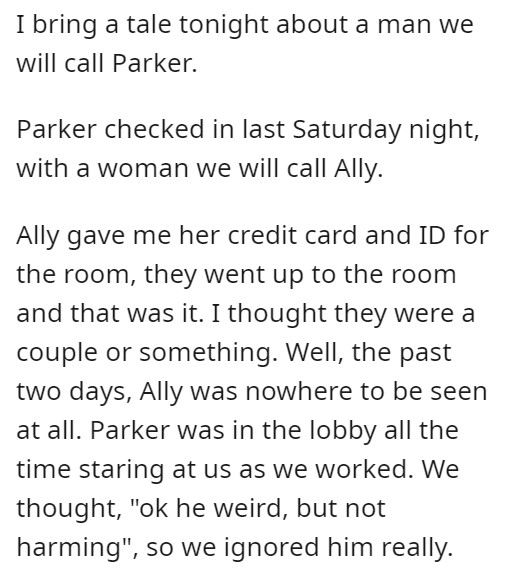 Okay, that is one of the craziest things I have ever heard. 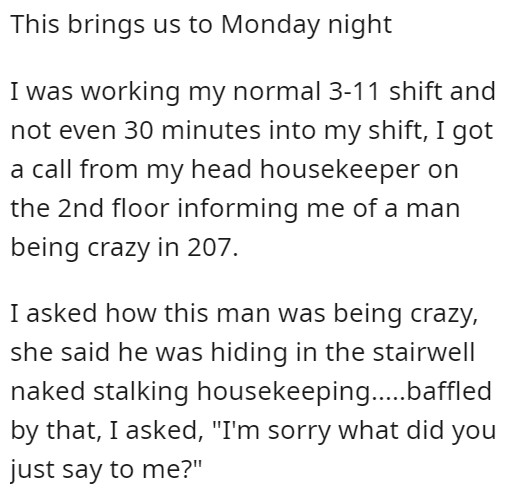 Was he trying to lure in girls somehow? 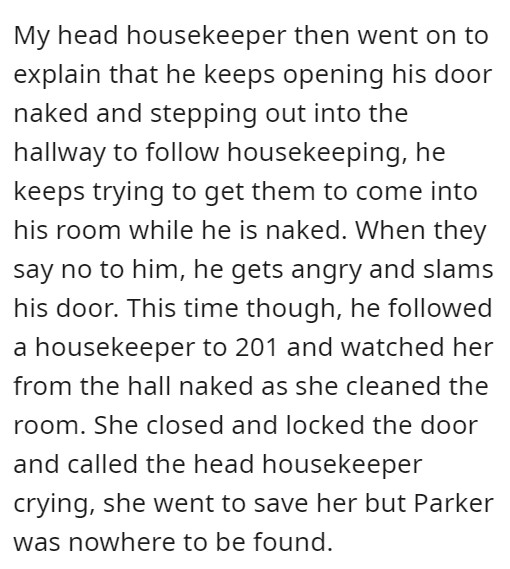 Most of the time but there are rules everyone has to follow. 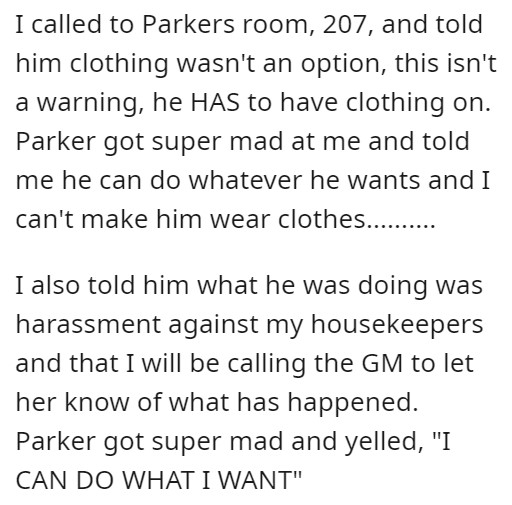 That was the sensible thing to do as well. 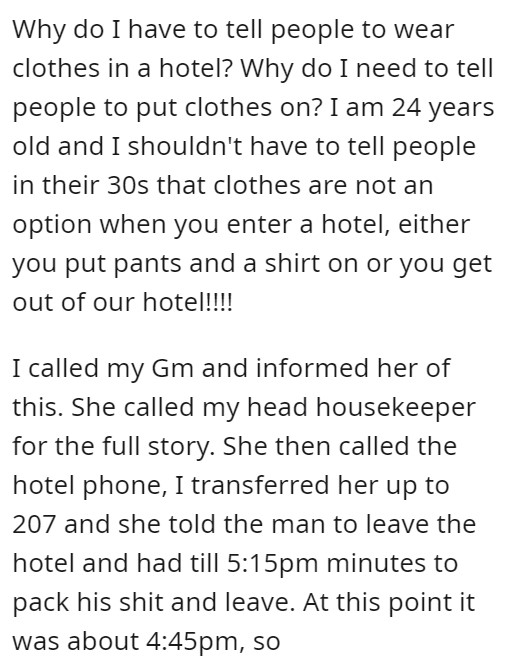 That would be a very scary thing to deal with while also being alone. 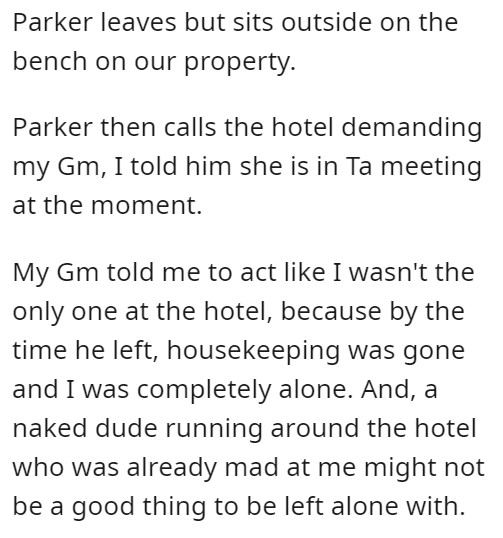 What was he hoping to achieve at this point? 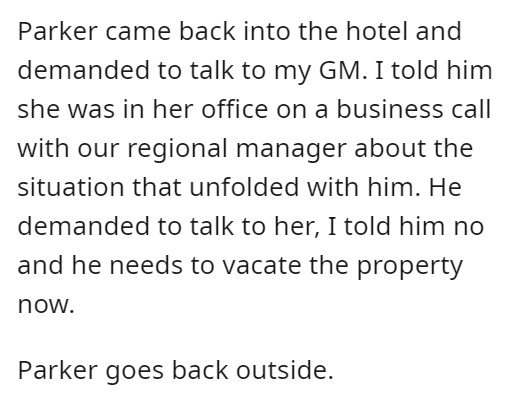 I honestly can not understand what was going through his mind. 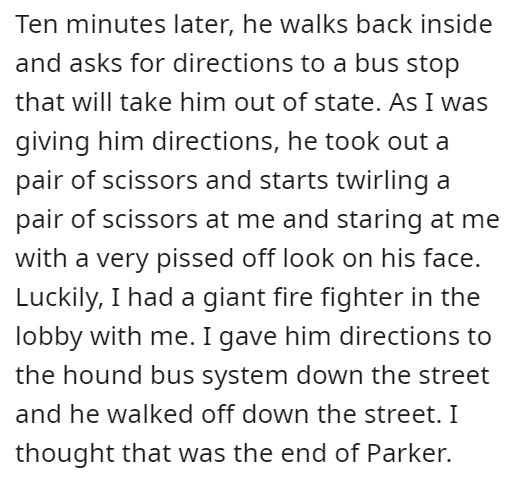 Did he think the manager would help him somehow? 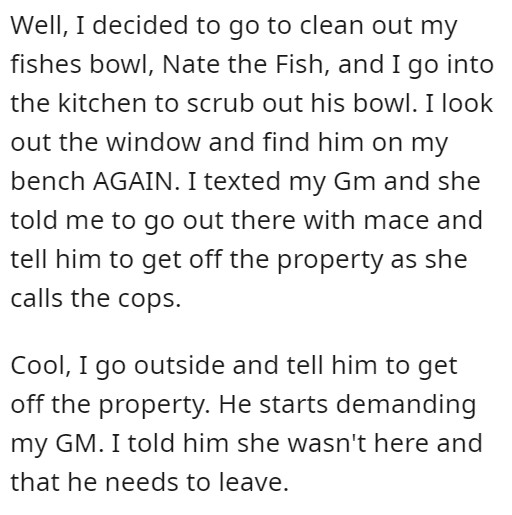 He really needs to ask why at this point? 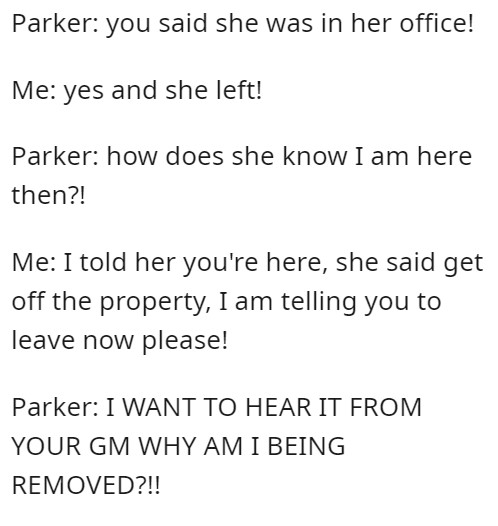 This just keeps getting scarier. 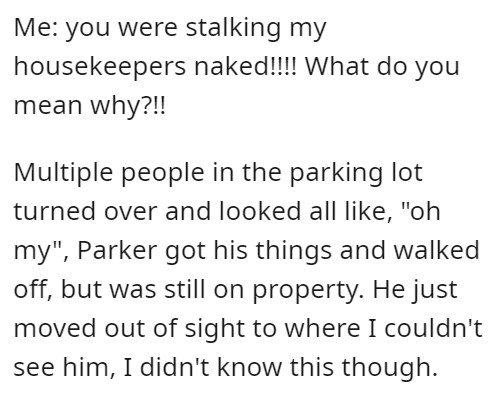 I have no idea what that little tidbit serves in this story but okay. 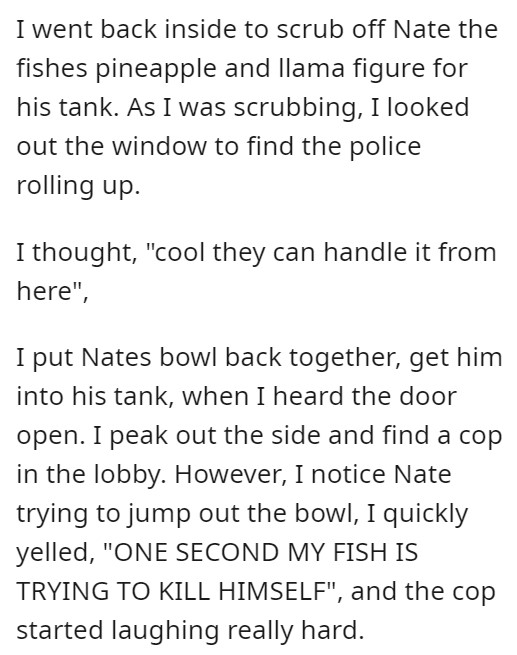 At least the cops were called. 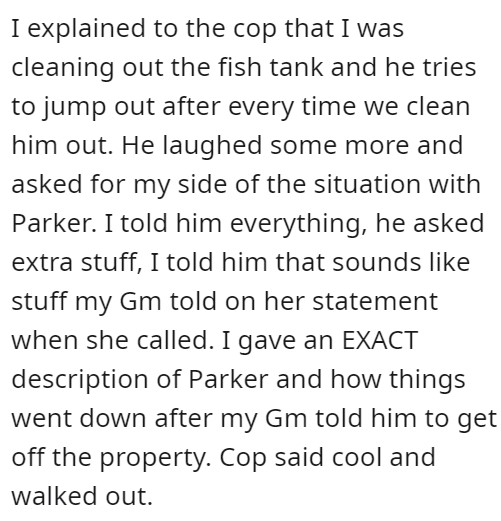 Threatening a cop? Not his best idea. 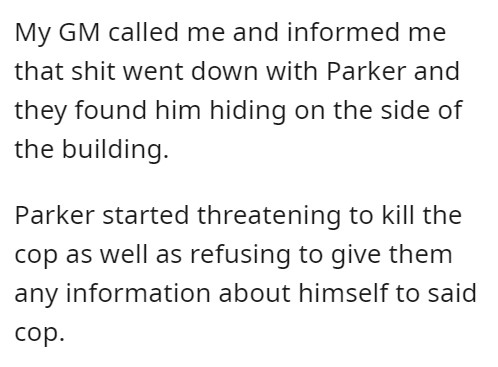 I honestly feel like he needs help from a psychiatrist. 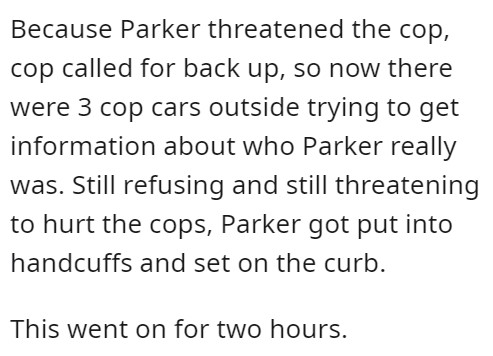 He definitely has some things he needs to deal with. 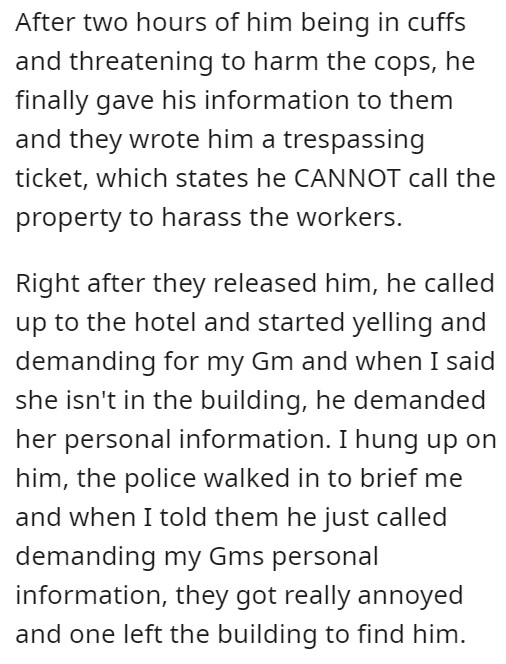 Thankfully he never came back after that. 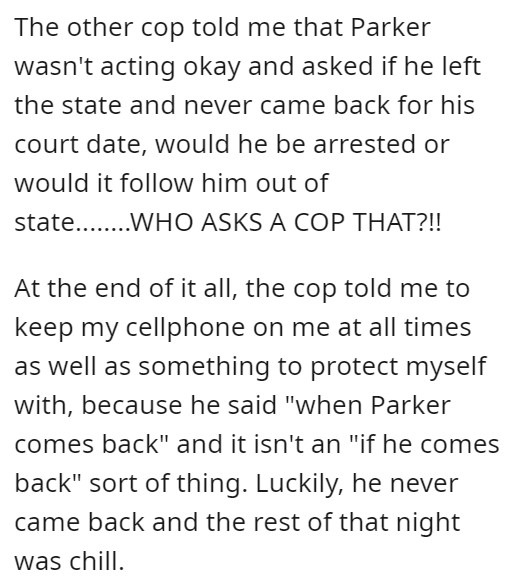 He still called after all that? 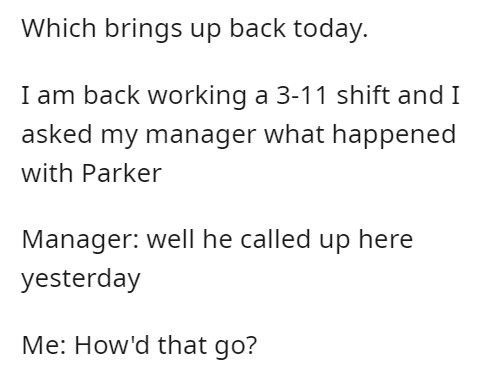 This story is too crazy to not be true at this point. 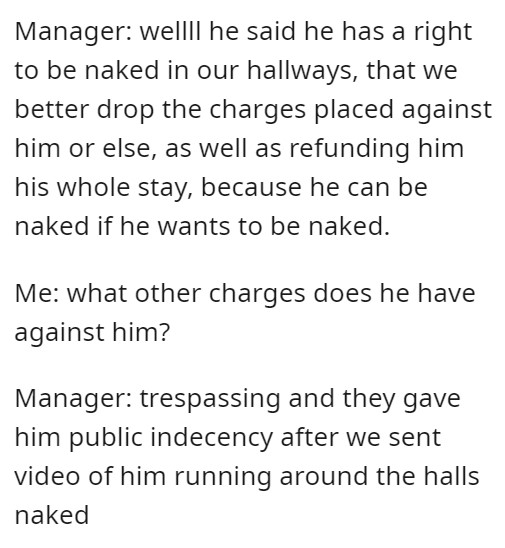 I hope he never does. 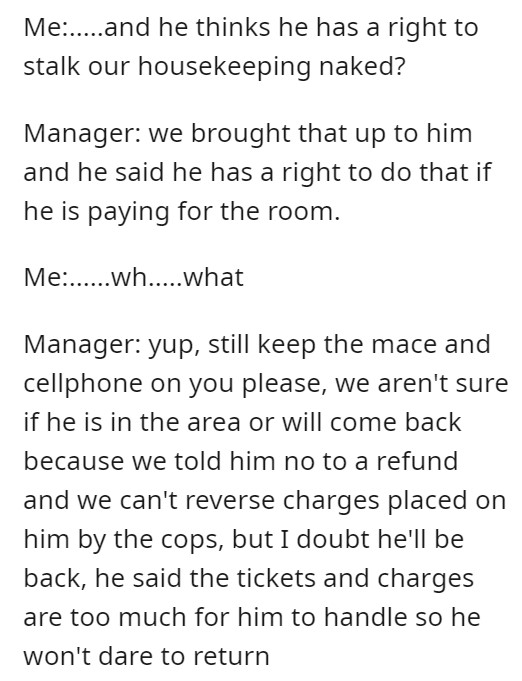 One nude man incident in my hotel your story reminded me of – An older gentleman refused to wear clothing in his room and would open the door butt ass naked when housekeeping knocked to service the room. He would tell them to come on in and do their thing, all while he HAD NO CLOTHES ON. They of course refused, and he went on a long rant about how he’s a nudist and we are discriminating against his beliefs.

I think he was an exhibitionist and liked to get that “shock value” out of the housekeepers.

Fortunately, however, he did not roam the hallways naked or do anything weird outside of his room. –internet_fodder

Perhaps drugs were the reason or perhaps he was truly like this. Only he knows. 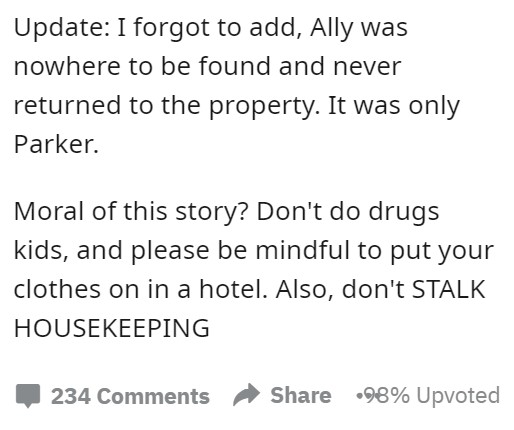 Tell us your experience of dealing with the weirdest customer in the comments below. Don’t forget to share so others can join in as well.