Not everyone is happy with their parent’s second marriage.

I am not saying parents aren’t allowed to move on if their previous partner died or it didn’t work out for whatever reason. However, if they have kids, they have to keep in mind the fact that their new partner might not treat their children right. I am not saying this is necessary but it can be very important when the children are young.

This man did choose to move on after his previous marriage and married another woman. She was clearly not interested in his children and for most of their lives, let them be. As you can probably assume, this didn’t leave their relationships on the best of terms. However, now she keeps calling herself Grandma since this guy now has a child.

Understandable, he is not too thrilled about that. You can scroll below and read for yourself.

This story is a lot more complicated than it seems on the surface. 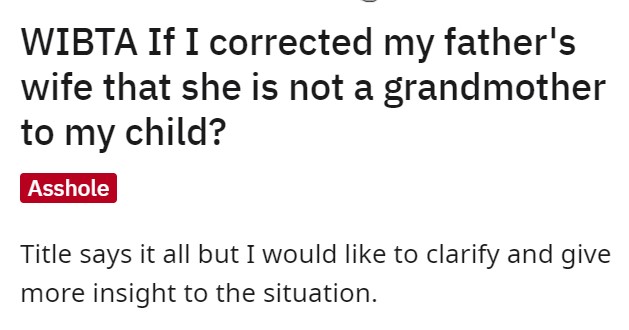 Sadly, many parents don’t treat all of their children equally and that can have a big impact on their lives.

His relationship with his father and his wife has been rocky from the start and they don’t meet much either. 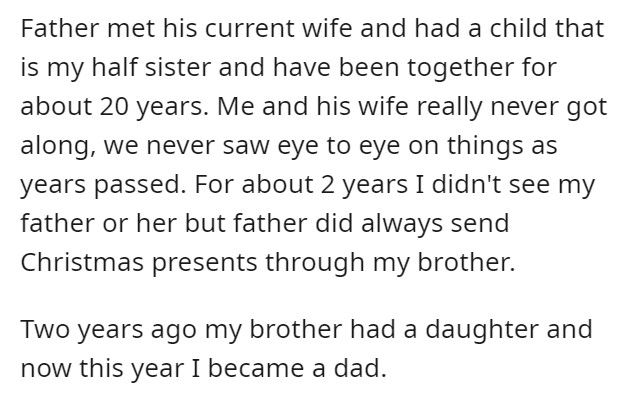 It is clear that his own relationship is clouding his decision which is perfectly understandable. 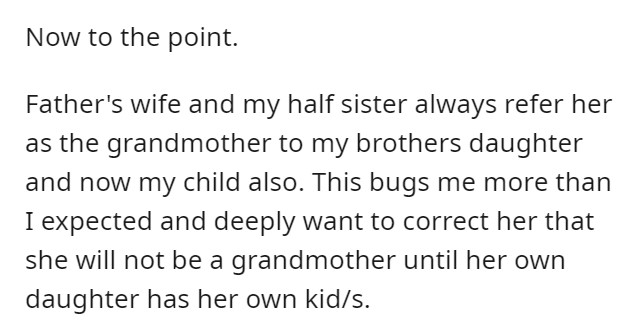 This can go either ways, most people would need more information.

YWBTA. Assuming they are treating your child well, do you think your child (or your Brother’s child) would benefit from having *more* or *fewer* people who love them?

Eventually, your child will become old enough to discern the difference between biological and step relations, but bestowing the honorific of “Grandma” or “Gram” or “Nana” or whatever seems pretty healthy and harmless. –OrangeJuliusPage

But as many people have said, he shouldn’t hang up on petty names. 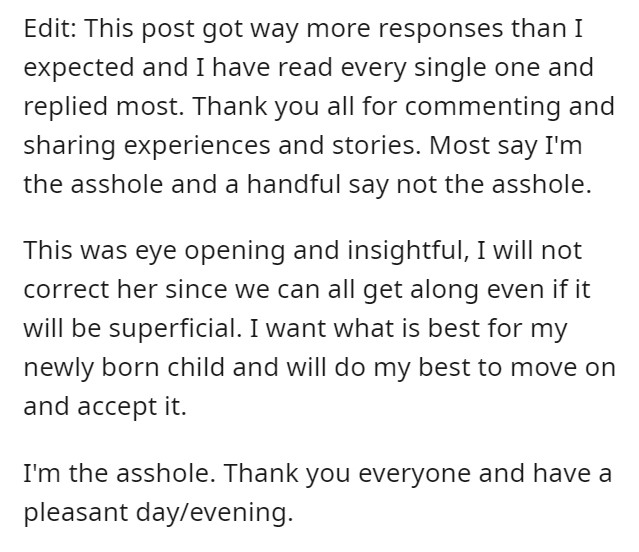 It’s not as if a mere name can give her more power. 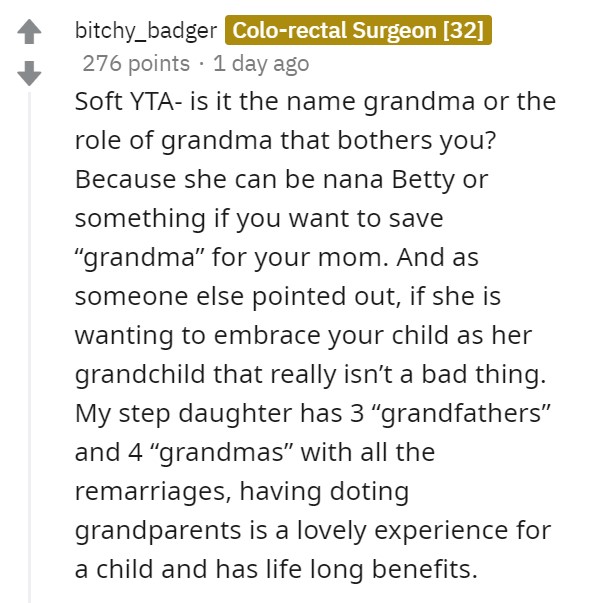 I don’t think I’ve ever heard that but that is very true. 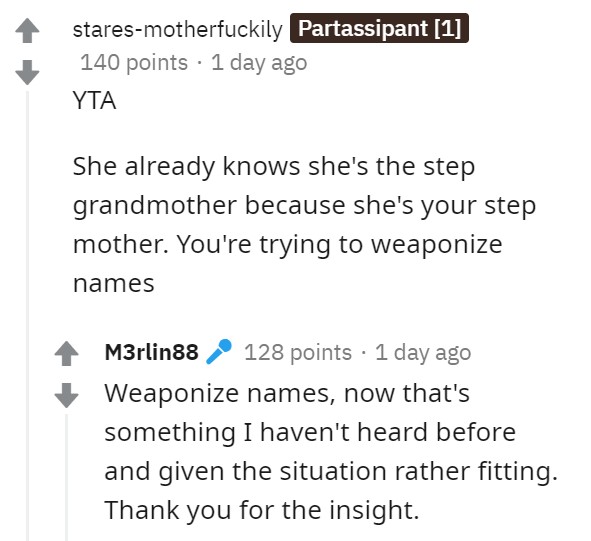 You never know, she might want to make up for her past. 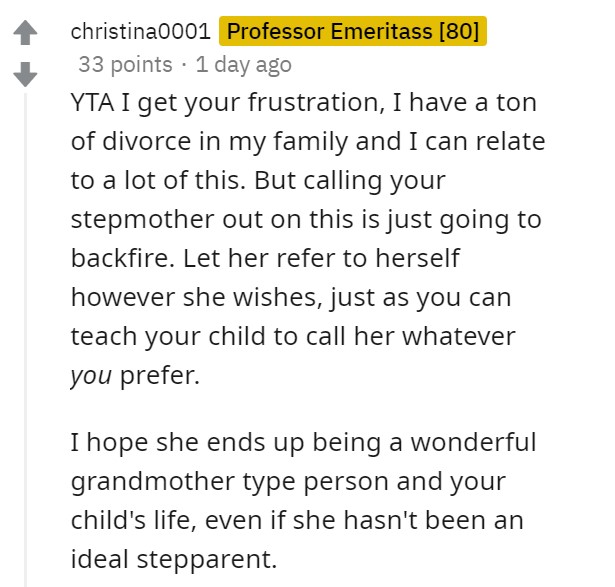 We don’t know if she wants to be involved or not, there is not enough information. 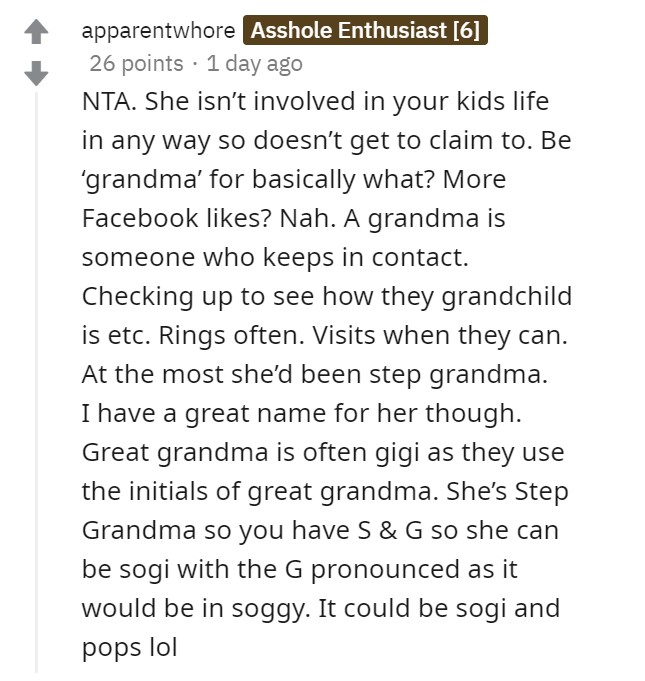 My parents divorced when I was little and have since found new partners. On my mother’s side, she met her partner a few years back and he became a grandpa a couple of years later. My mother has a good relationship with his kids, but they’re not particularly close. She’ll happily play with, care for and spoil the grandkids, but they call her by name, not grandma, and she’s sensible enough not to try to claim that mantle unilaterally.

My dad’s been remarried for 25 years. When my stepsister gave birth, there was never any question that he’d be a full grandpa. To the consternation of his wife, he’s my nephew’s favorite and they’ve been inseparable since the kid was tiny.

I think your feelings are completely valid. You’ve never been close to your MIL, so it’s pretty tacky that she thinks she gets to claim the grandma title by default just because she’s married to your dad. However, this is also a matter of picking your battles. It’s hard to see that you have all that much to gain from challenging them on this point. Just remember that YOU don’t need to refer to her as grandma, or force your kids to refer to her as grandma. –Snowscoran

That is a very important distinction to be made. 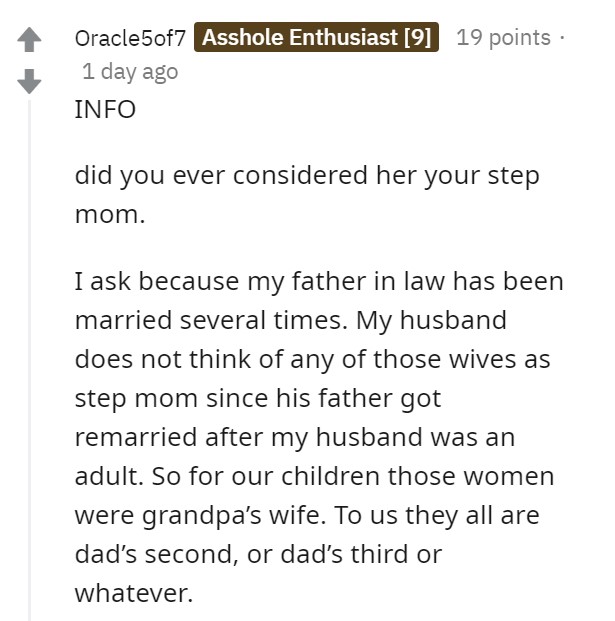 I can see why that would be. It is clear she didn’t care for them. 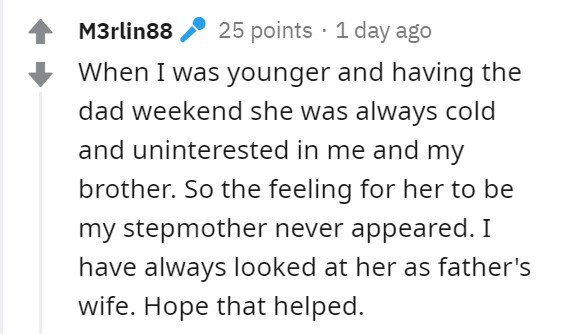 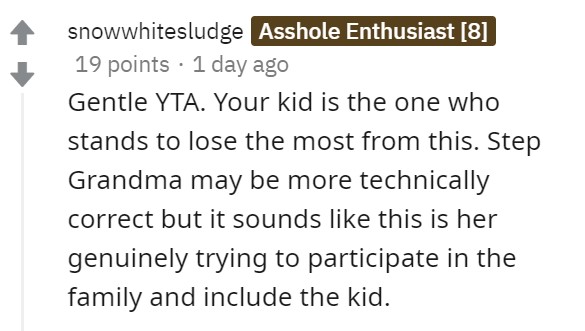 At the end of the day, it is his choice but he should consider his son in this decision. 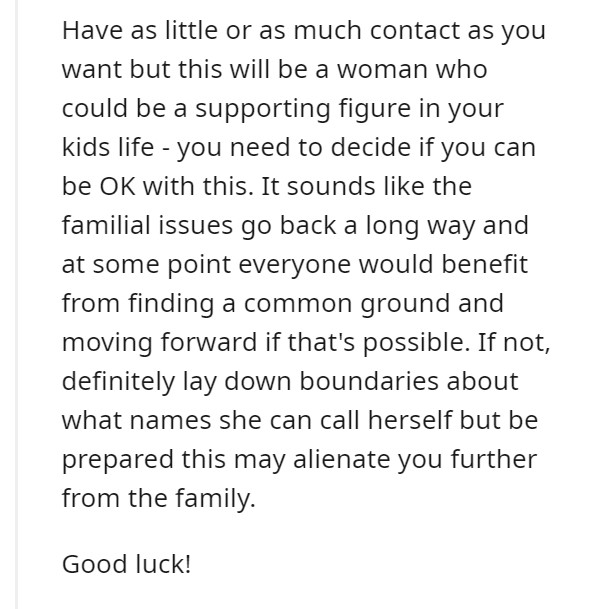 What do you think is the right thing to do in this situation? Let us know in the comments below.