Ever have your parents call you into their room by your full name, and even though you didn’t do anything, you just start freaking out about everything? Like how you just knew you were in trouble but were trying to figure out how or why? Or maybe when you heard a police siren behind you when you were driving and immediately pulled over because you thought you were in trouble for the car to whizz past you.

This story is nothing like those. Instead of panicking about something you didn’t do, this girl was on a flight out of Amsterdam and panicking in the security check because of something she did do. Or rather, something she forgot to undo. There’s only one reason why people go to Amsterdam, and it’s because of the lax laws against recreational drugs, but you can’t really bring that kind of stuff to the airport like this girl did. 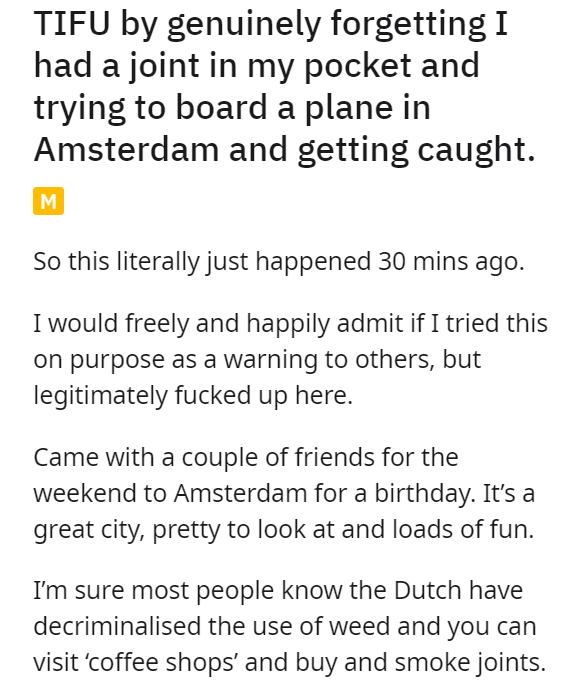 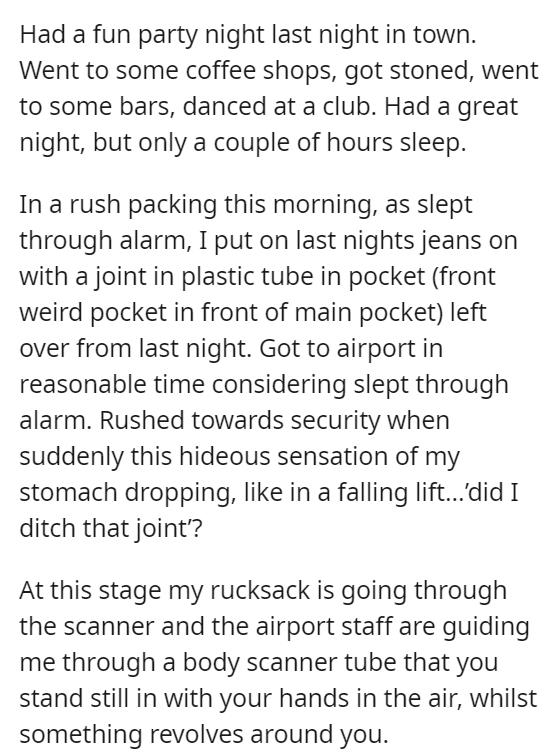 #3 A sentence no one wants to hear. 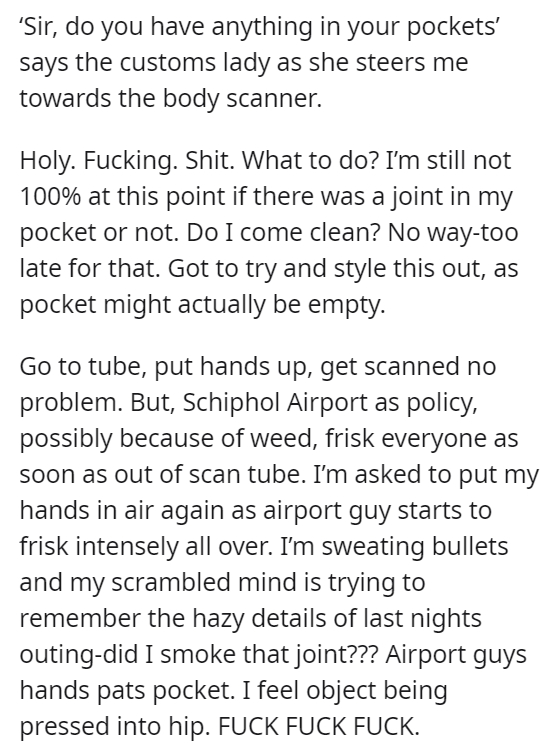 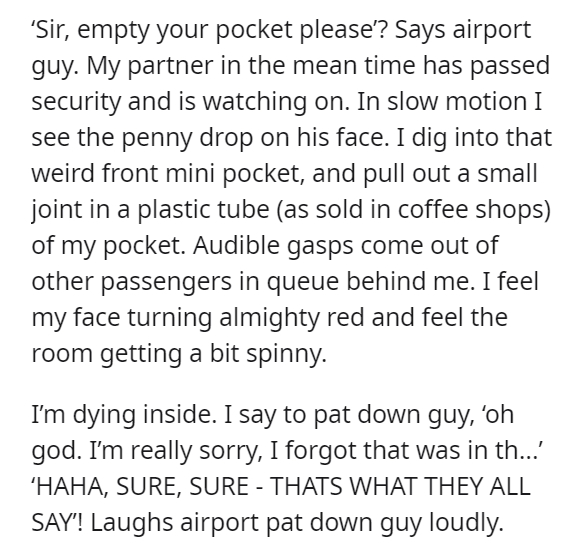 #5 If only other government workers were this kind. 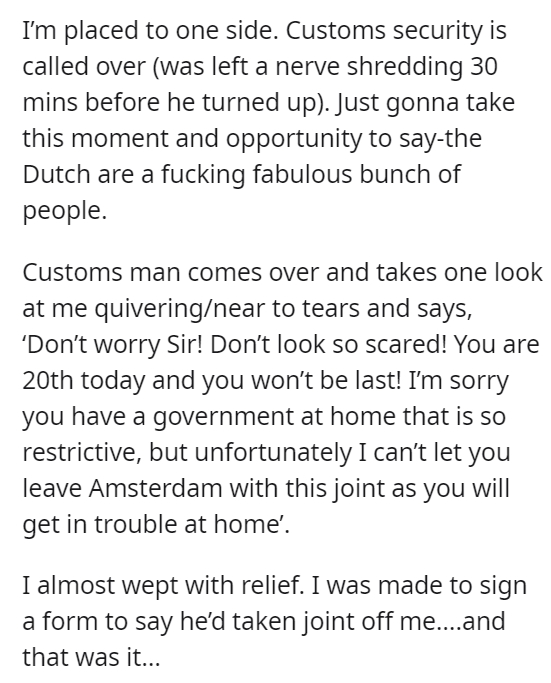 #6 Let us hope she has calmed down. 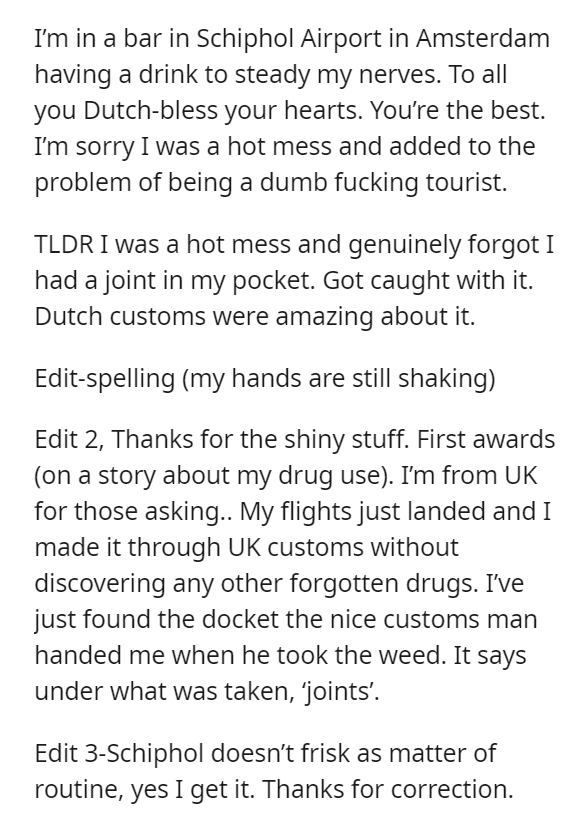 People commented on ideas and theories:

The same guy has probably been in charge of taking joints off tourists for 20-30 years. He hasn’t paid for weed in the same amount of time.

And also their own stories.

I was taking a domestic flight (Canada) and put my knapsack through the screen. When it got to the other side the security guy says he has to go through the bag. Okay. He unzips a pocket that I barely knew was there and pulls out a full eighth of weed. “This is garbage right?” Dumbfounded I nodded yes, and in one motion he tossed it in the bin. This was a few years before it was legal here, and off to the plane I went. They definitely had seen my forgetful kind before ha

And also a random story about a cute puppy.

Was waiting for my husband to get through customs in the states since he doesn’t have a US passport and his line was slower. As I had our bags and waited anxiously (this was after reading horror stories of people getting detained at customs), the CUTEST little beagle comes up to my luggage with his handler.

Oh, my God. I resisted the temptation to ask if I could pet it as the handler had him sniff my luggage. For a moment, I tried to remember if I had anything that would set the dog off, even though I knew for a fact we didn’t handle anything illegal, but I was already anxious. Dog sniffed, moved on to be cute elsewhere, and my husband finally got through customs so we could go home.

What about you? What did you think? Tell us down in the comments.