Fights over parking spaces are very common these days. People would do anything to provoke a fight or take someone else’s spot and claim it as theirs. The reasons for doing something like this people give are not just stupid but disrespectful at the same time. There have been multiple posts by us where we’ve covered the same topic, but people like this tenant never fail at coming and getting owned by people they try to rip off. And it’s always satisfying to see people like this get what they deserve.

1. The owner couldn’t find a job in the pandemic period so he sold off a couple of his shares and saved his earnings to buy a building. 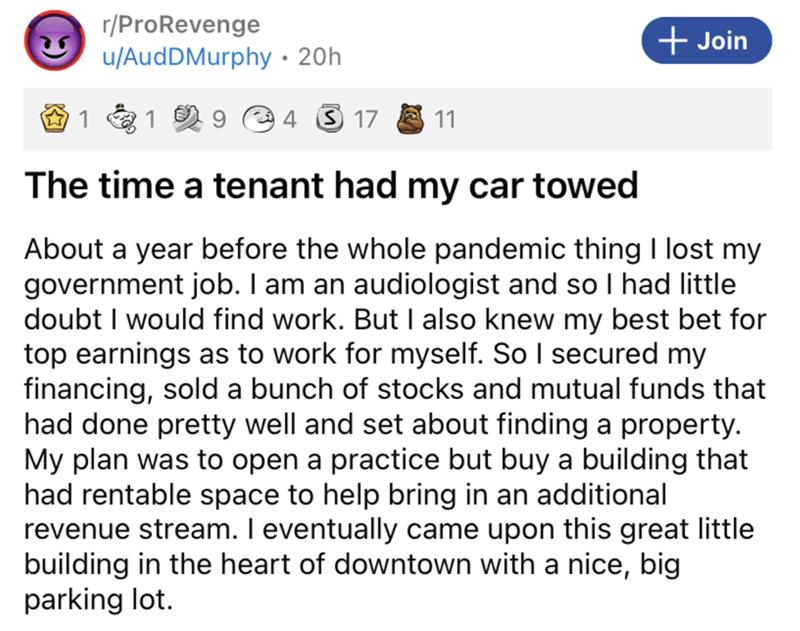 2. So he plans on investing in the building and get’s familiar with the place until this ”Karen” came forward and started shouting at him. 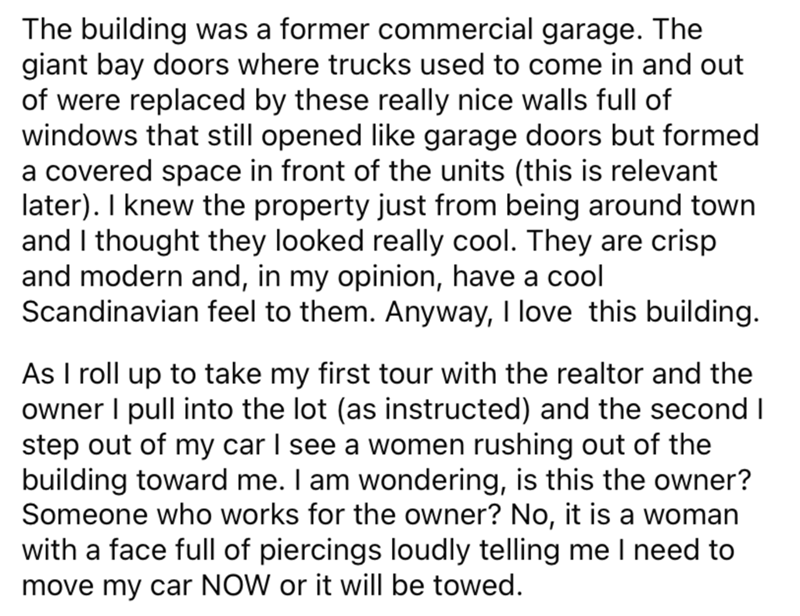 3. She kept on yelling at him to move his car until the owners came forward. She ran off and they asked him to ignore her. 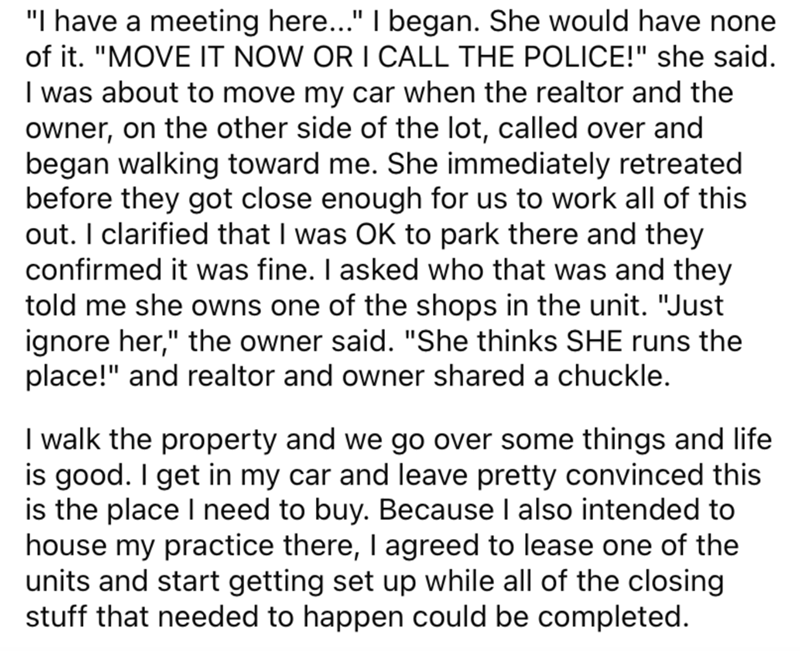 4. One day she interrupted him again and started going about the parking space again. He very clearly told her that he’s talked to the owner before. 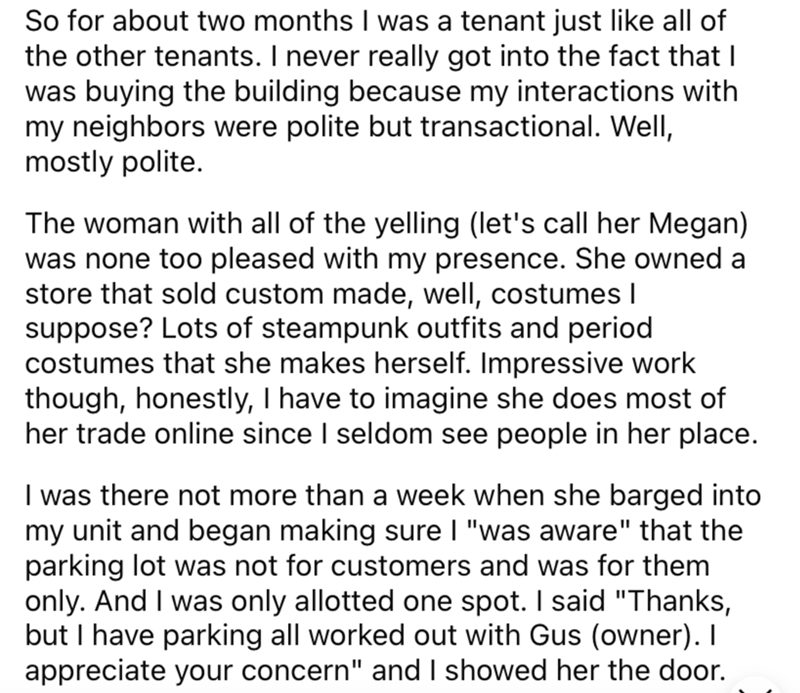 5. So he explains the parking lot and the spaces and says to himself that he’d most probably ignore the whiney tenant. 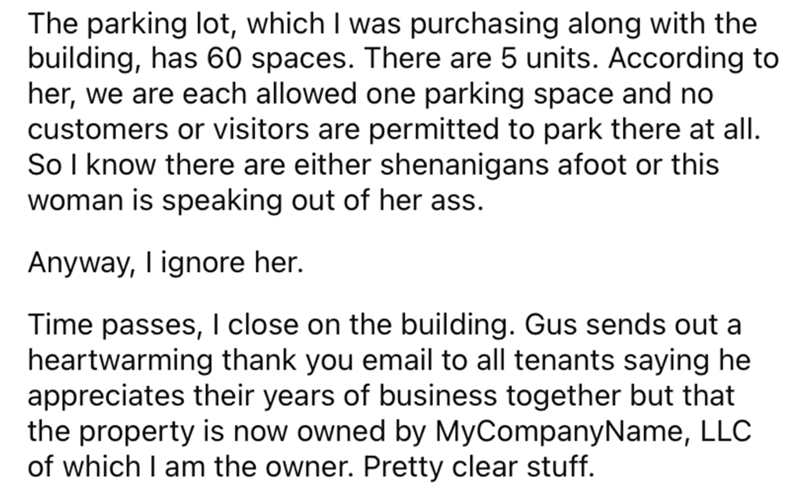 6. So he organises the parking lot so it’s easier and much more convenient for everyonee parking there but she gets very angry and tries to come up with a reason to attack the guy. 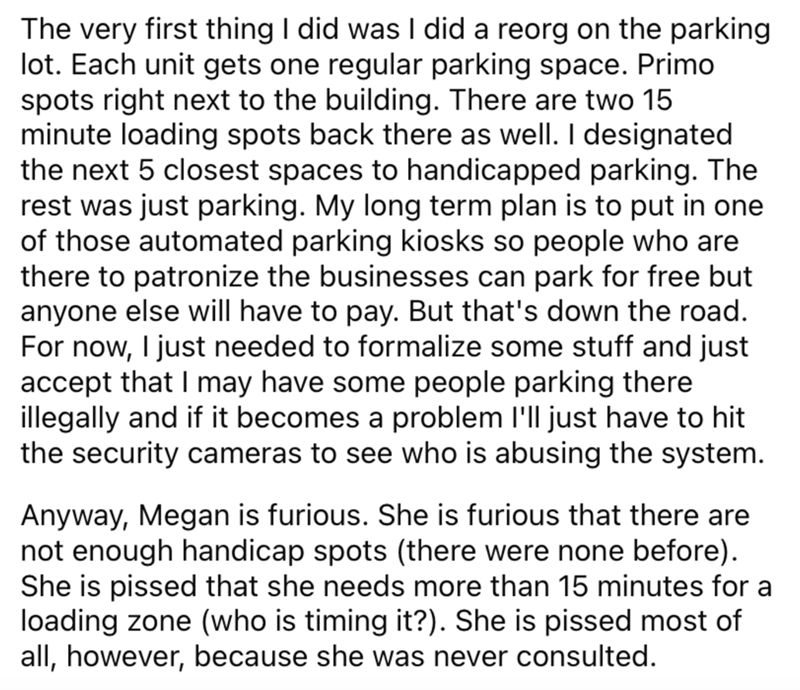 7. He very carefully parked his car at a spot he thought was right to park in but Megan called up the police and had it towed. He very clearly told her about the consequences she’ll face later. 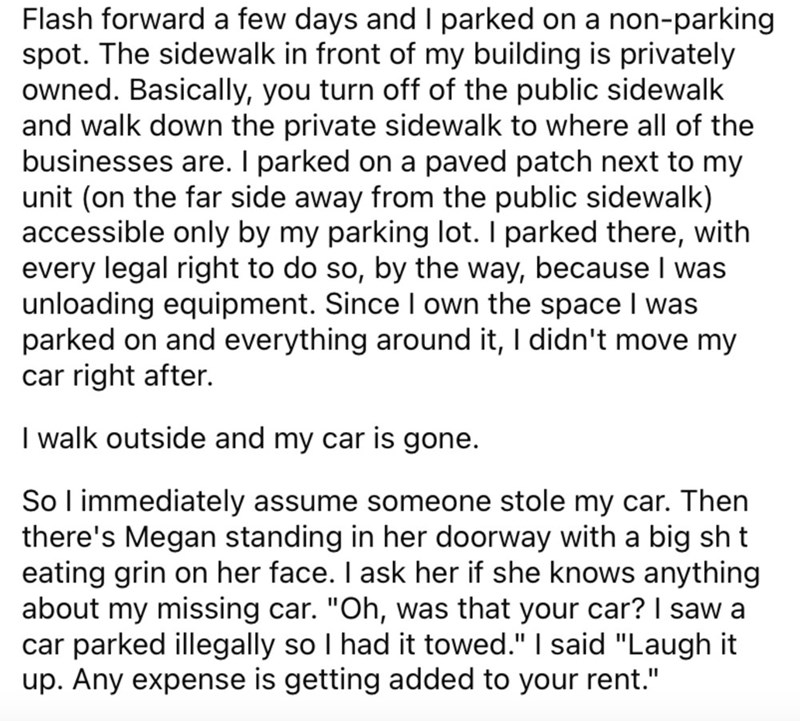 8. He eventually got his car back after paying fees but he was also planning on taking revenge on the tenant because of whom his car was towed. 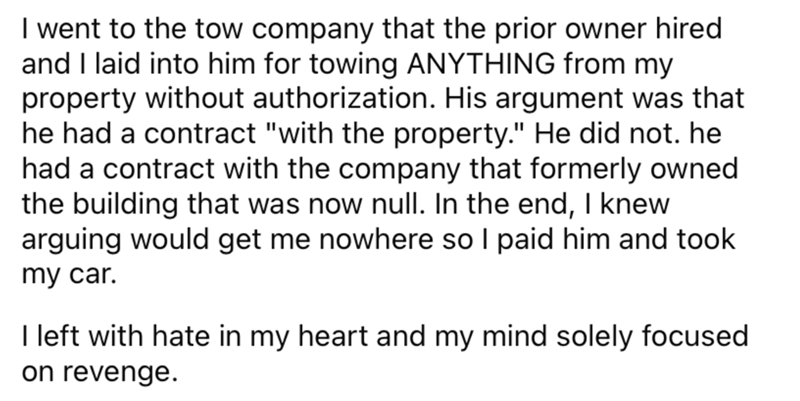 9. He very cleverly asked someone about their parking and who they paid in order to park at the spot. His investigation led to Megan taking the money for his parking space. 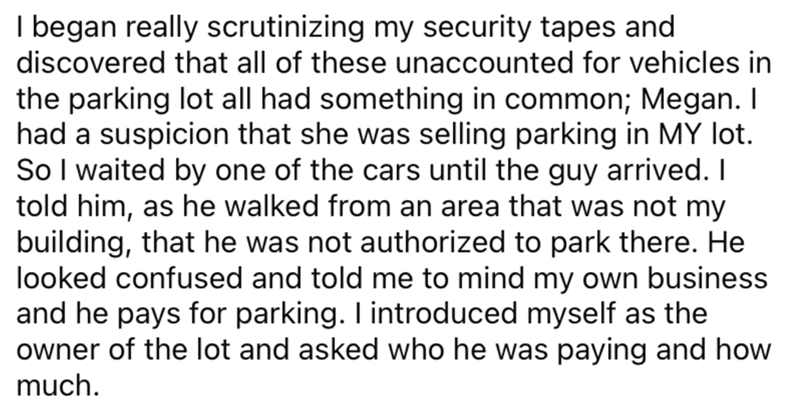 10. He hired a security company to see how Megan was tampering with the parking space and had enough proof to make all the tenants protest in front of her store. 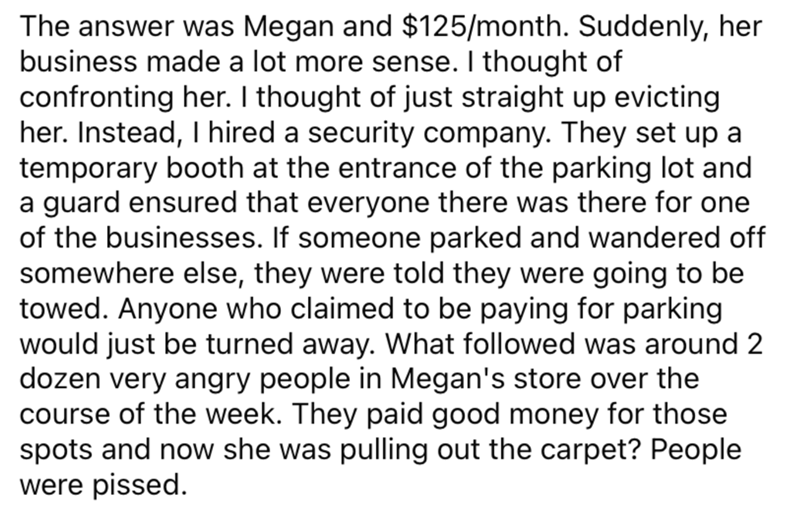 11. The subtle revenge he took was picturing to be a success. 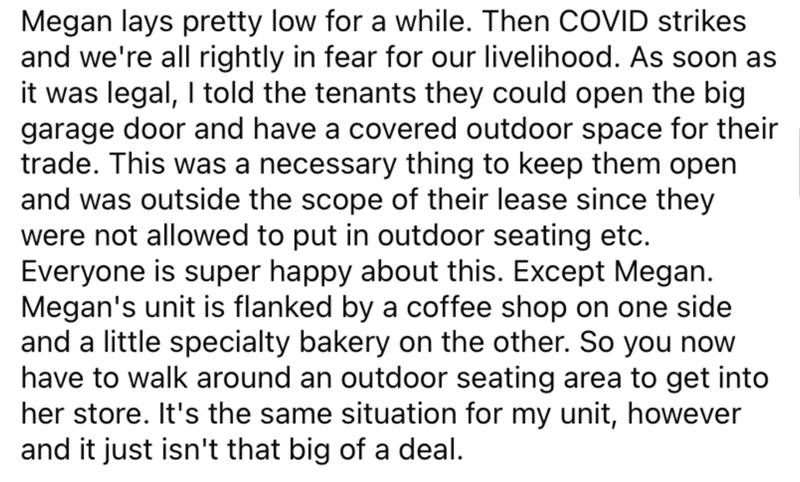 12. Megan got in deep trouble for her false accusations and our boy, the owner finally got served with some rightful justice and compensation. 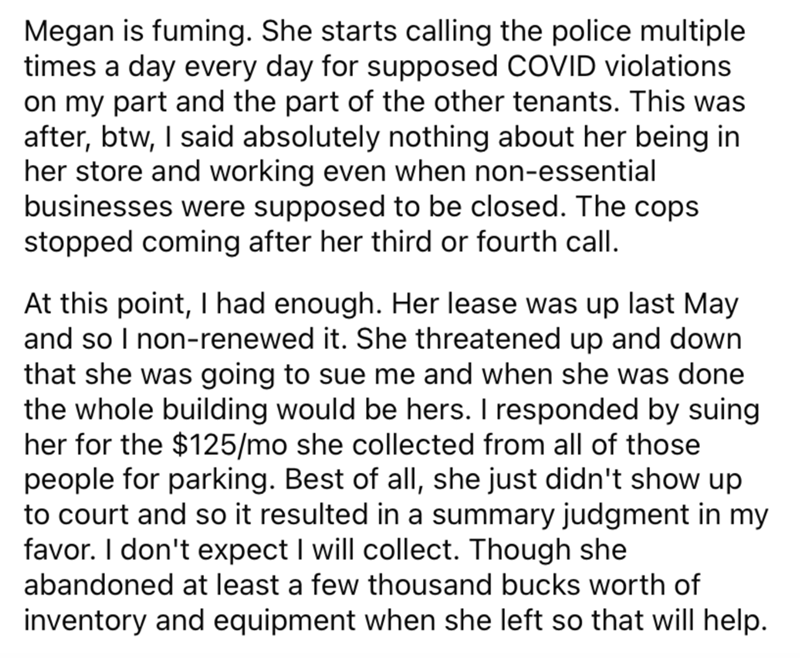 Let us know your thoughts on this story in the comment section below. I personally think that people who violate the law and manipulate other people deserve to be taken down by justice.