Having a kid isn’t required.

I know most of our parents do say that having a kid is absolutely necessary, or you will end up alone when you are old. However, if you are only having a child because of these selfish reasons than it is not fair to your kid. Becoming a parent can be quite hard. It can suck the life out of many people, and we all know it requires a lot of sacrifices. I am not saying that having a kid isn’t rewarding and the best feeling in the world for many people but ‘many’ does not mean all.

And yet we think it does. So today we have stories from parents who aren’t big fans of their kids. Whether their reasons are valid, or they just don’t feel like they ever wanted a kid. Every experience and reason is different. And that is why it is important to see every side of the story. It all started when someone on Reddit asked ‘People of Reddit who genuinely dislike your own kids, when did you realize it and why?’ As you can imagine, people had a lot to say. Just scroll on below and take a look.

#1 This is something many parents have felt at least once in their life.

#2 I mean kids can act like complete a**holes most of the time. 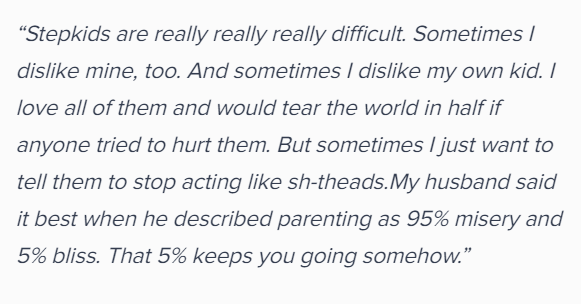 #3 Then we have this story of one parent who is rightfully tired of their sons blame game. 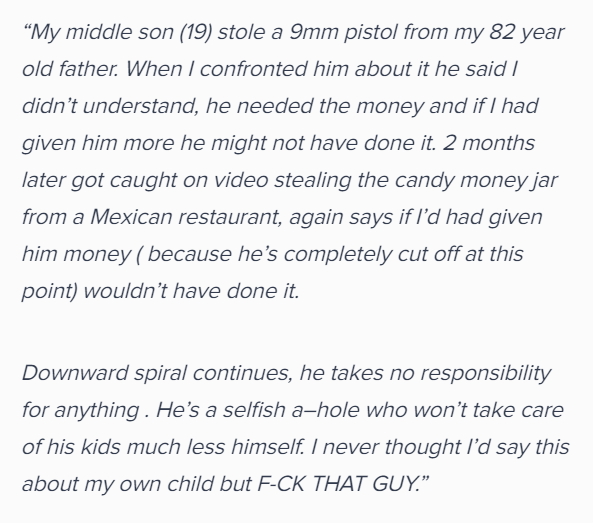 Wow he has kids and is resorting to stealing from family members and tip jars for money? There’s this thing called a job, I know its a bit unconventional, but hey I hear you can make good money at some of them. I feel so bad for you that he is acting this way. –c_girl_108

#4 Many people might hate him for feeling this way, but he is clearly going through a  hard time. 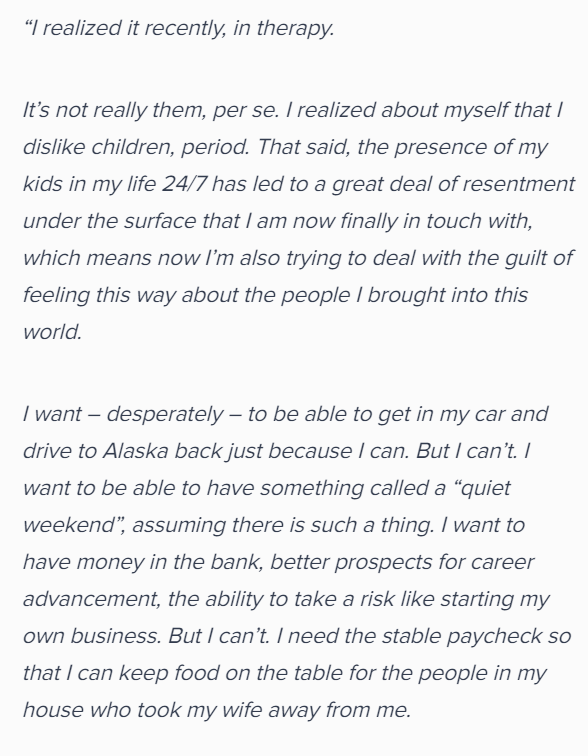 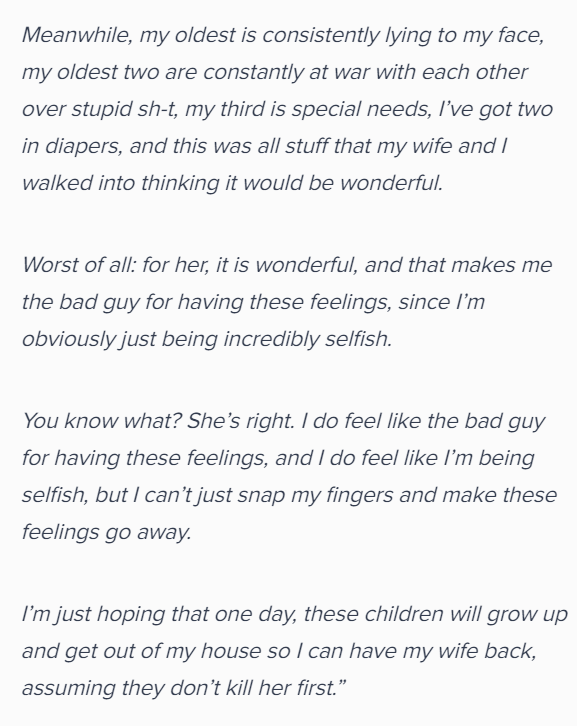 #5 Most kids makes mistakes in life but the important thing is what they learn from it. 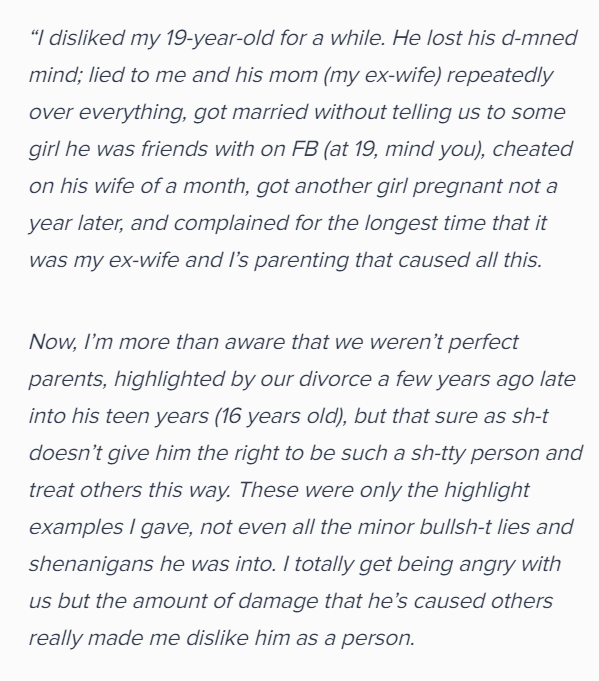 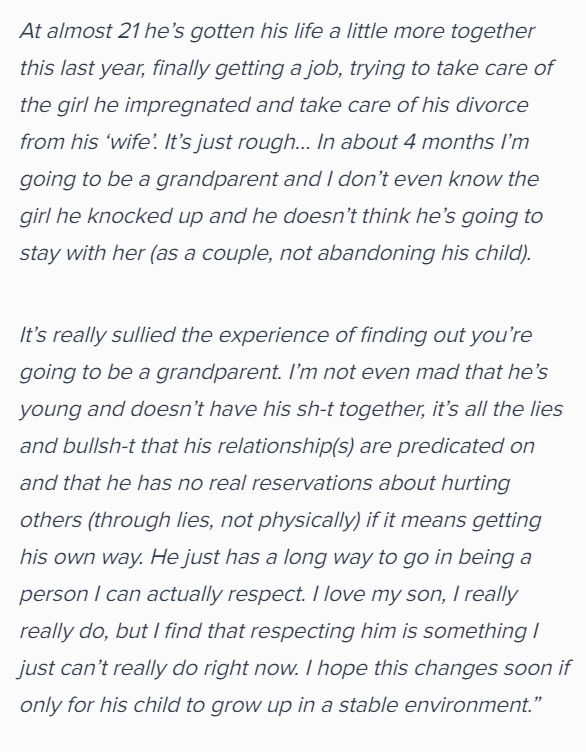 I don’t think my parents hate any of us, but we definitely put them through some sh*t at that age. My younger siblings are almost out of that “I’m right about everything, I don’t need your help” stage (age 19-21). For me (f24), I’m out of that stage now and have a “thank god, you guys are my parents” attitude. My brother (25) is also there, I think. My younger sister (21) is getting there. The youngest sister (20) though…. she’s so stubborn haha. She’s kind of always had that mentality, but I’m hoping she’ll come around – they’ve done a lot for her since she’s been in college.

My parents are such good people. They never deserved the way they were treated by us sometimes. But holy hell am I trying to make sure they know how thankful I am now.

One day it’ll hopefully click. Just gotta get over that dumb “I’m so smart” hump that everyone has when they get a taste of adulthood. Not that I’m that old lol. I’ve just seen it happen in our family. It’s been like clockwork. –smellie352

#6 Okay, I have to admit that is a bit scary and is reminding me of horror films. 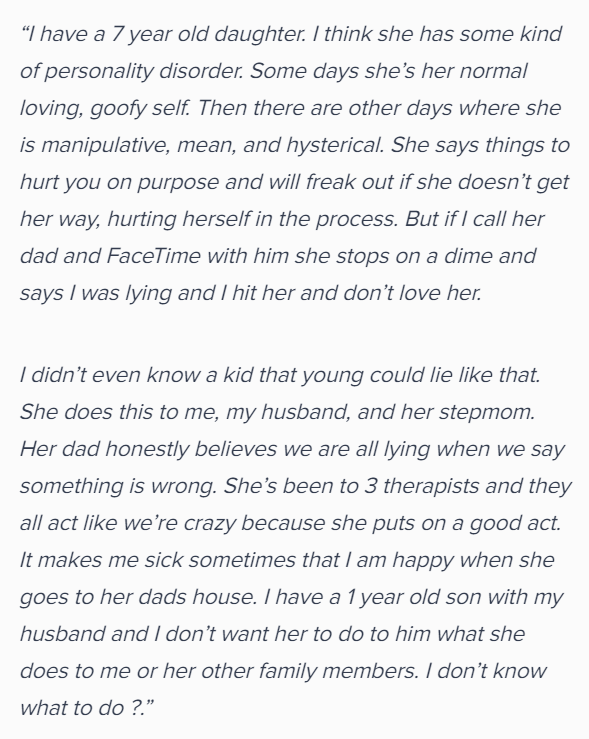 #7 Neither a parent nor a kid should physically hurt each other. It’s plain wrong. 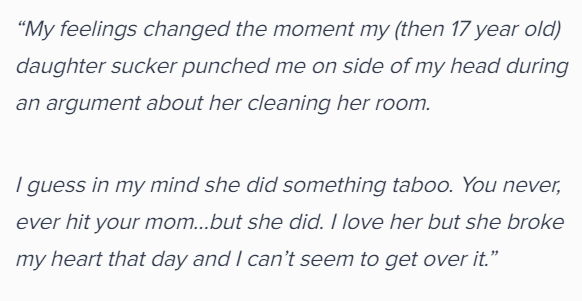 #8 Hopefully he will learn and change before it is too late. 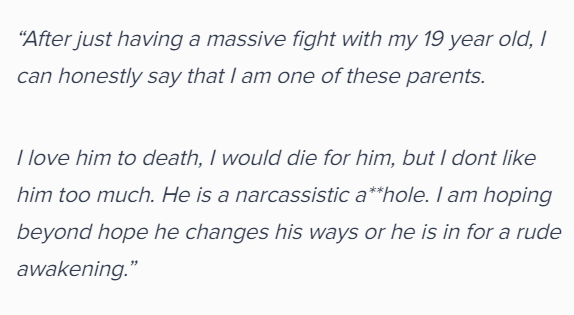 #9 It isn’t about the children many times but the act of being a parent that sucks the life out of you. 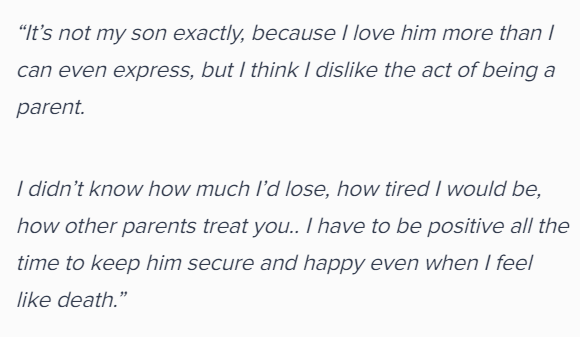 #10 This is why having kids is never like what you imagine.

Are you a parent? If so what are your feelings about it? Comment down below and let us know.