We will always encourage people to adopt, not shop.

Breeders make a lot of money from dealing in purebred animals. The animals are kept in their custody for the sole purpose of breeding. This can result in overbreeding and is highly dangerous for the animal as its health can deteriorate quickly. However, breeders do not care about that. They will use the animal as long as it can provide them with purebred babies, and sell those babies later on for extreme prices. Every animal is capable of giving love whether it is a pure-breed or a stray animal that decided to follow you on the street. Why waste your time injecting more money into a breeder’s business and spending so much money on a purebred animal when you can easily find one from shelters that already need a forever home? People have a very weird complex when it comes to animal breeds. They think it is very reputable to have a purebred in the house. First of all, that should not be the purpose of someone getting a pet. Secondly, stray or rescue animals tend to love their family even more because they are grateful to have found a home.

While it is true that you can prepare yourself for a pet’s temperament when you know its breed, you can also find that out when you spend some time with them. Some animals have been so overbred that they now have health diseases which include problems in the heart and lungs. All animals can show affection once they are comfortable in their new home and their breed won’t matter once you cuddle up with them for the first time. People need to let go of their obsession with purebred animals and give stray animals a shot at life. Trust me, it will change your lives for the better. If you need some solid proof of how much love and affection stray animals can give you, scroll down below to see 25 people who adopted stray animals instead of pure breeds and lived happily ever after.

“Our miracle dog. When people ask us what breed this guy is, we don’t know what to say.” 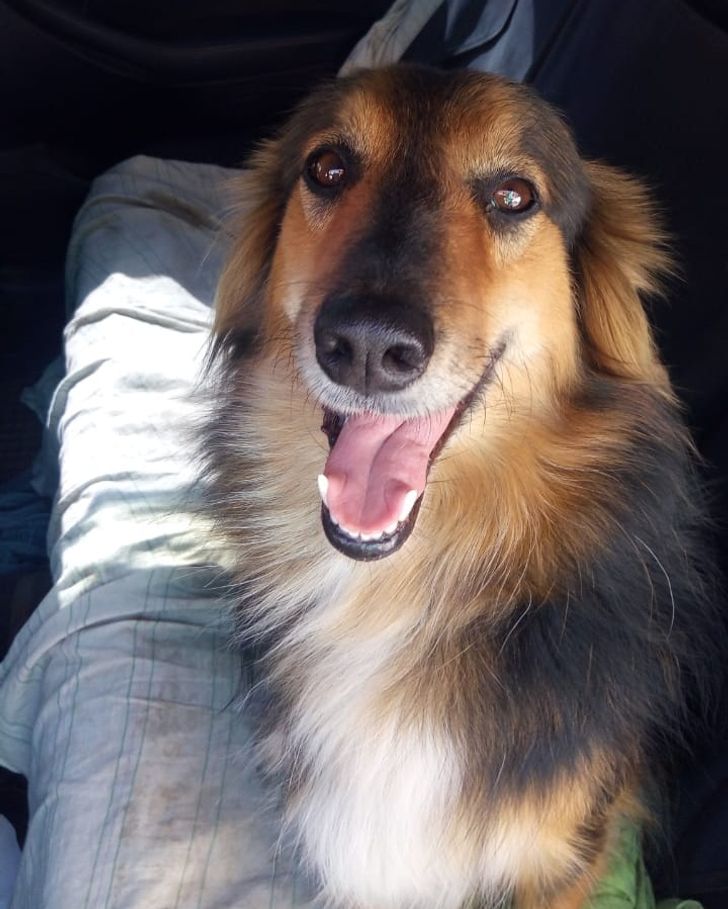 “We got her from the street and on her third day home, she had 5 amazing kittens. We found homes for all of them and kept the mom.” 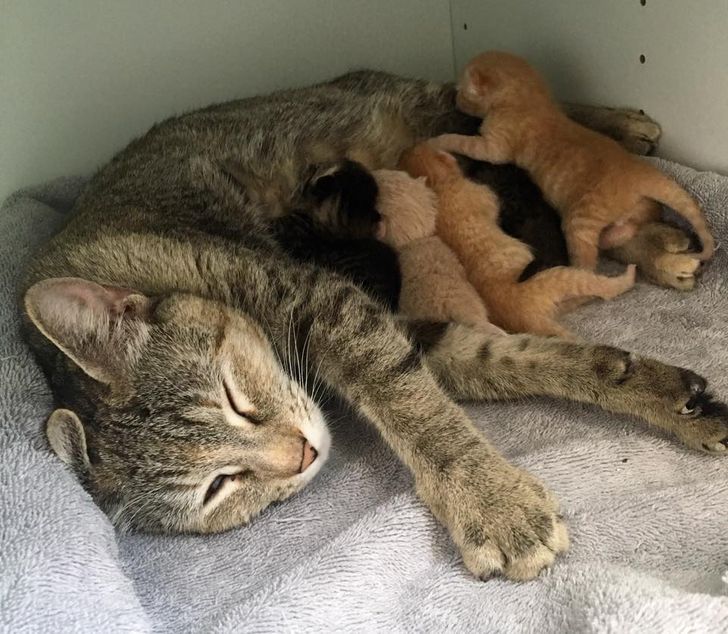 “They all used to live in a shelter. Now, in order to change the sheets, we need to get them out of the room.” 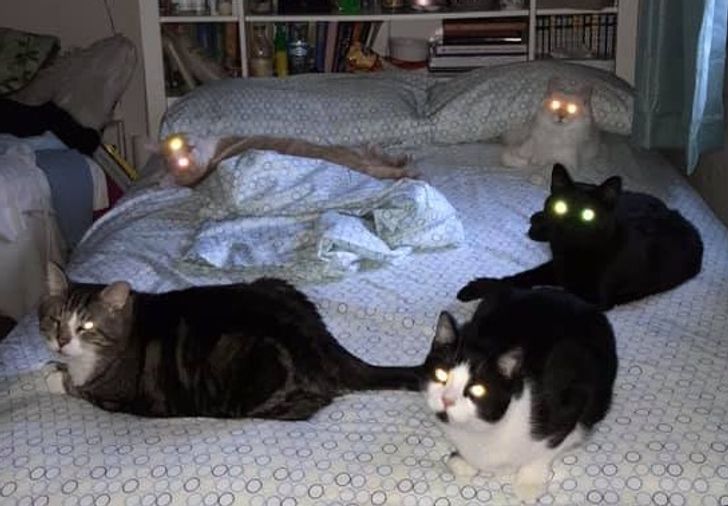 “We got him in 2017, he was scared and almost dead. And he grew into this handsome guy.” 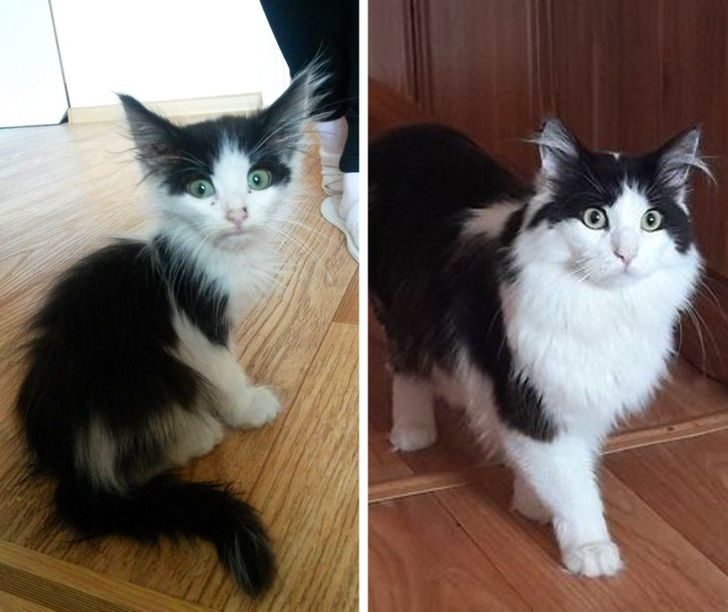 “Meet Willow. Just under one year ago, I found her abandoned in the woods while I was foraging for wild berries. She had 2 broken femurs and was starving. She drank my 1-litre bottle of water, so I went to the truck to get 3 more bottles and she drank those too.” 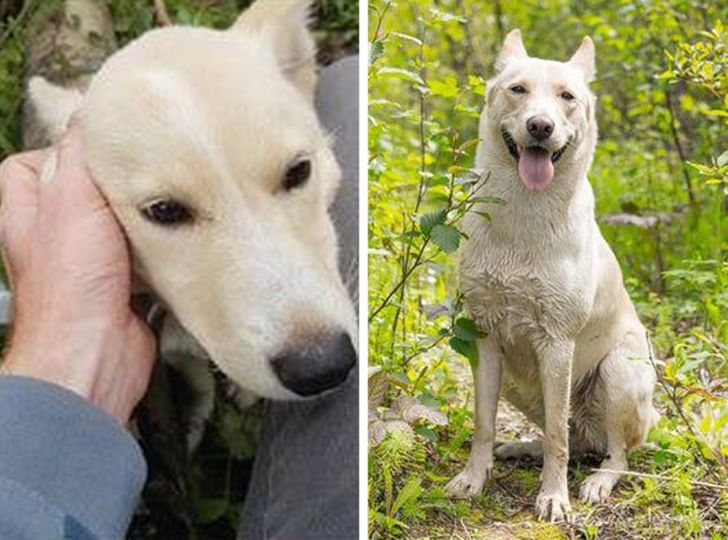 “No one wanted to adopt her because she was sick but now my baby is healthy, and so spoiled and loved.” 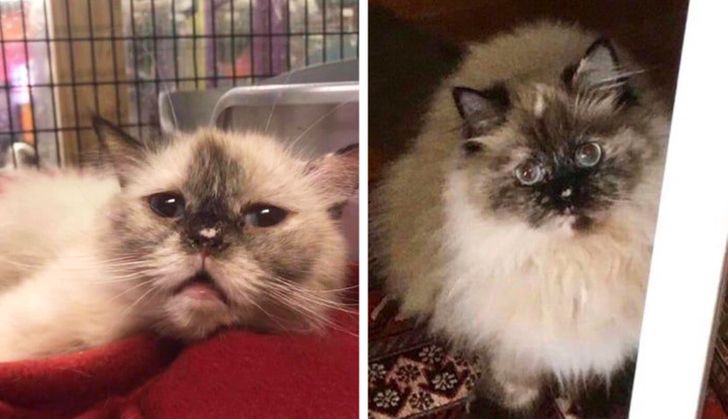 “My son got a pet on the street and he’s been with us for 10 years. I’ve never seen a more decent cat!” 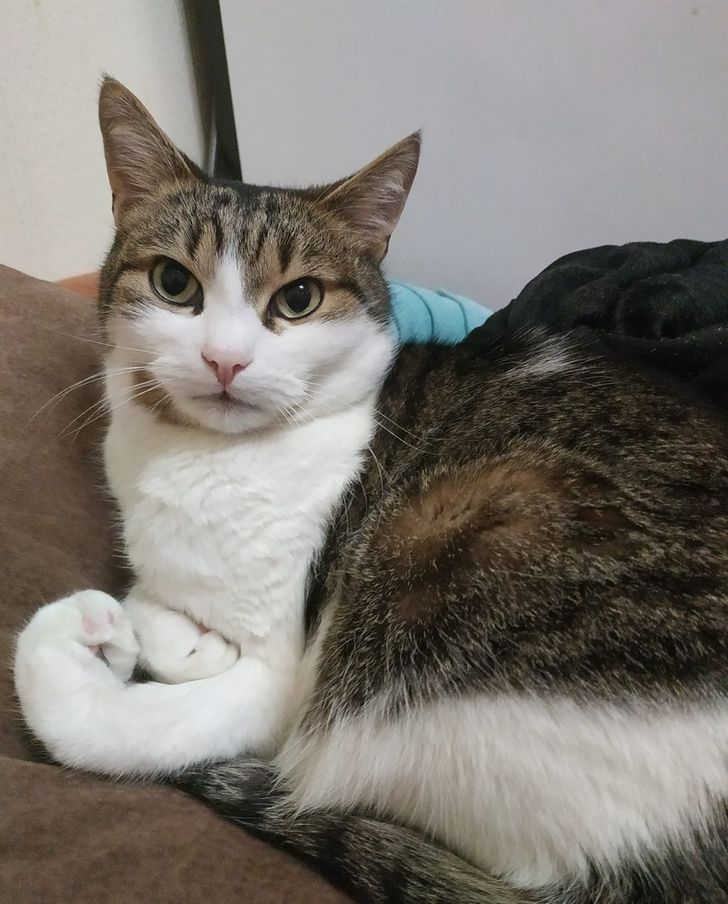 “That moment when an old dog realizes he’s been adopted” 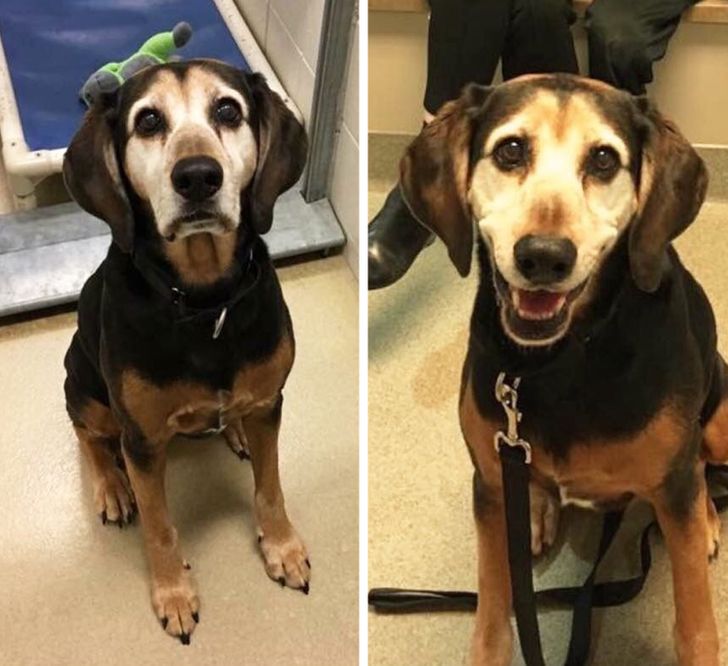 “From a scared stray cat with 3 newborn kittens (plus 4 adopted ones) to this confident gal enjoying her new forever home.” 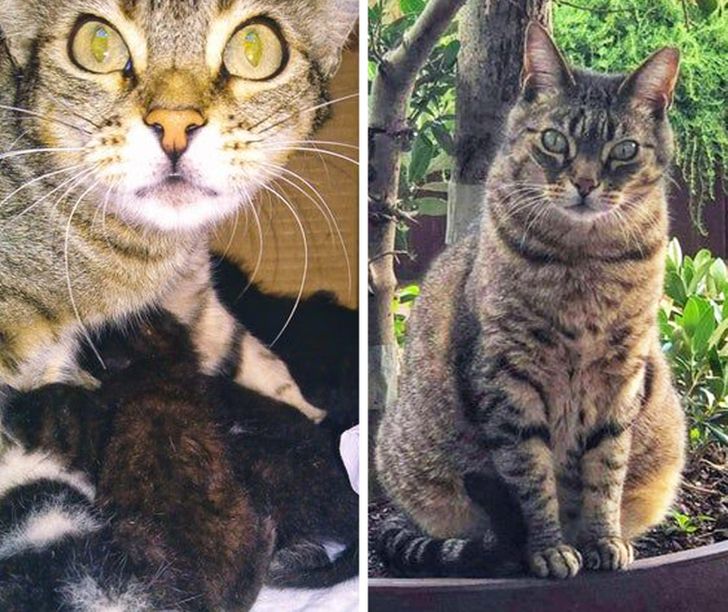 “My cat was in a shelter and was denied transport to a no-kill rescue because he was ‘too ugly.’ He was so sad and just wanted love. I adopted him a month later (in 2018). He is so loving and such a sweetheart. Every life is worth saving!!” 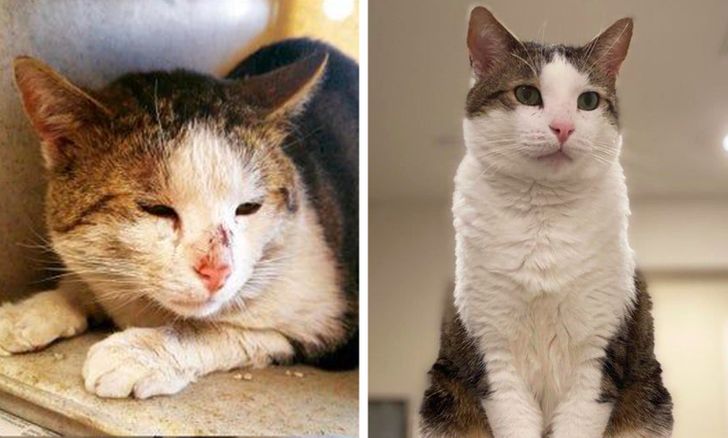 “Wilbur was found as a stray, missing hair, underweight, and his whole body was inflamed due to allergies. 2 years later my boy is happy, healthy, and the love of my life!” 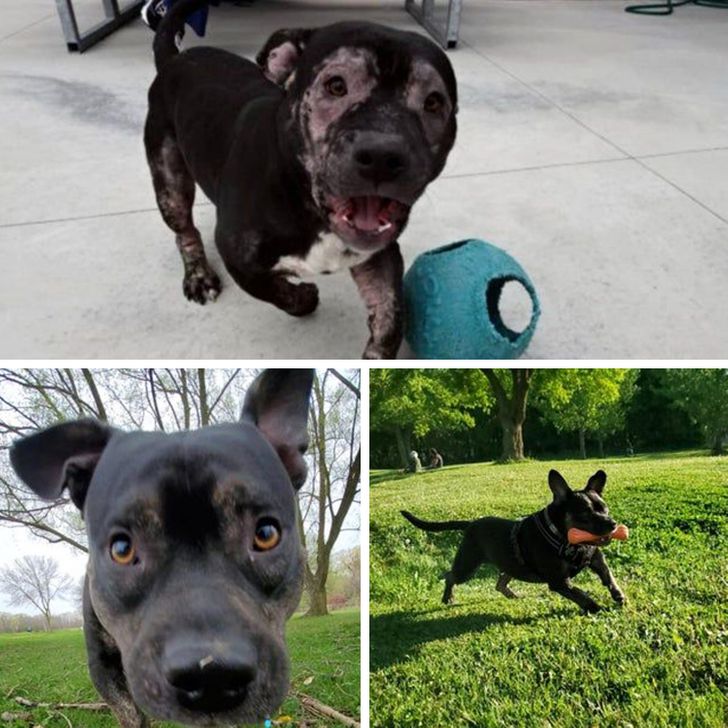 “Adopted a cat from the shelter last weekend. It looks like I made the right choice.” 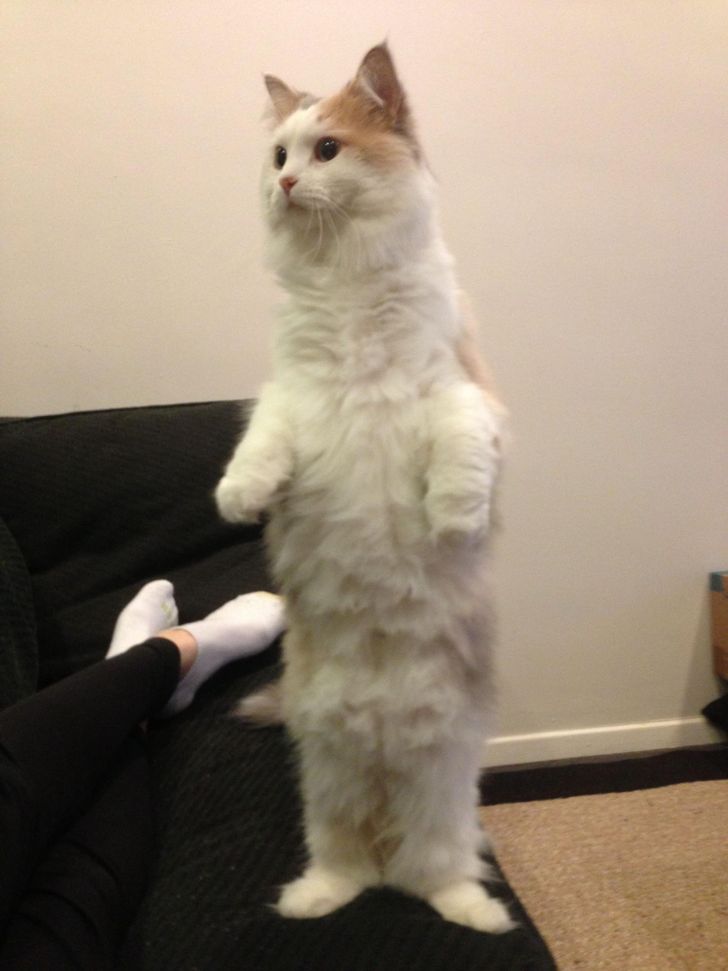 Now, isn’t this heartwarming to see? All these animals wanted was a place to call home, some food in their tummy, a roof over their head, and a human they could love forever. Once you let a stray animal in your life, it will turn it around. They will give you so much unconditional love that you will never settle for anything less. We are only halfway through the wholesome pictures, scroll down below to see more.

“7 months ago I unknowingly brought this guy home in the engine of my car. He became a member of our family that day. This is Danzig.” 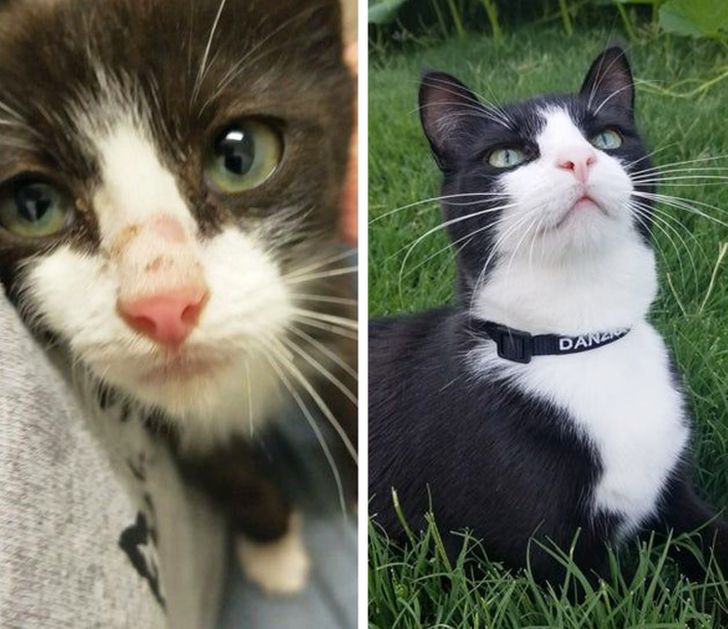 “Our Shucher. Found under a car with a broken tail. This is him 4 months later.” 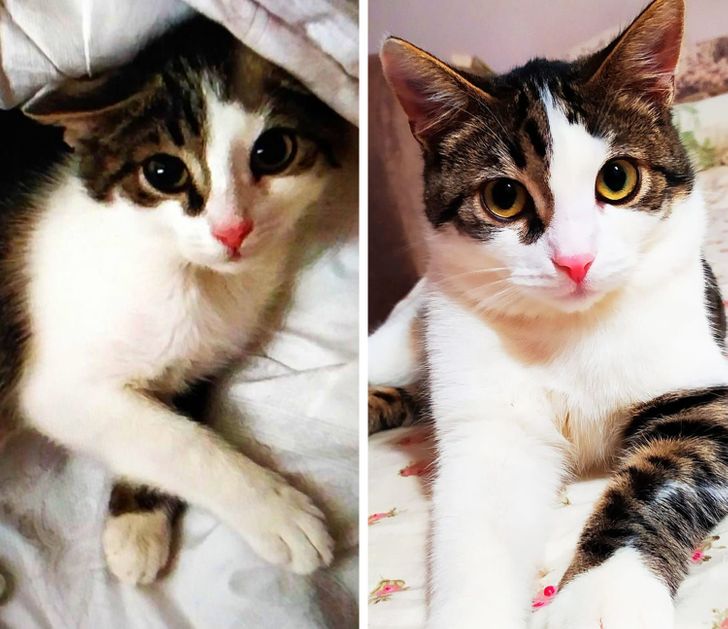 “This dog got adopted from the shelter I use to volunteer at. I think he’s pretty happy.” 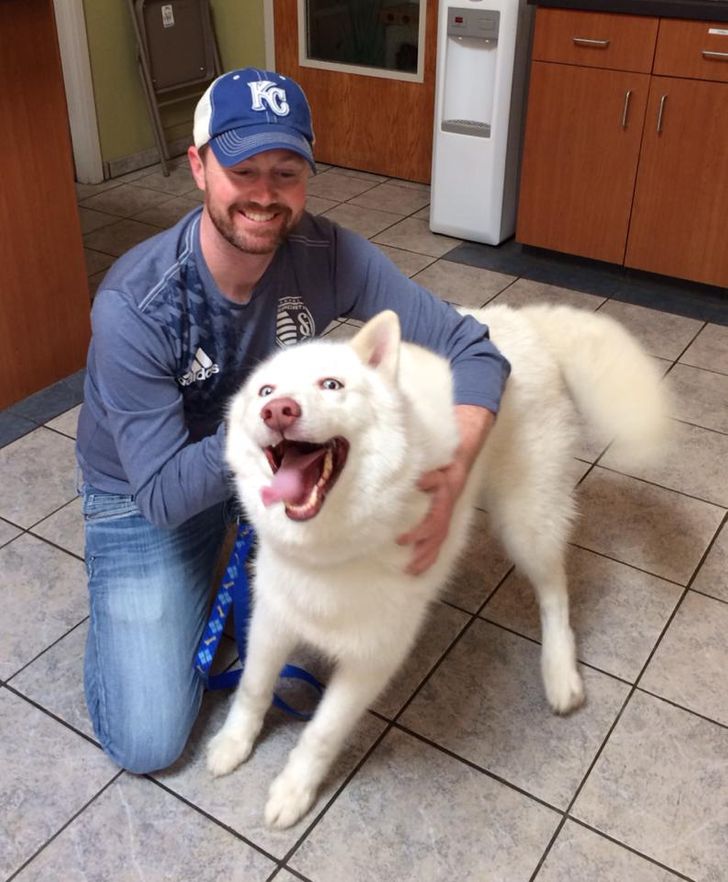 “I got 2 girls from the street and a boy from the shelter. Adopt ordinary pets — it’s a noble act.” 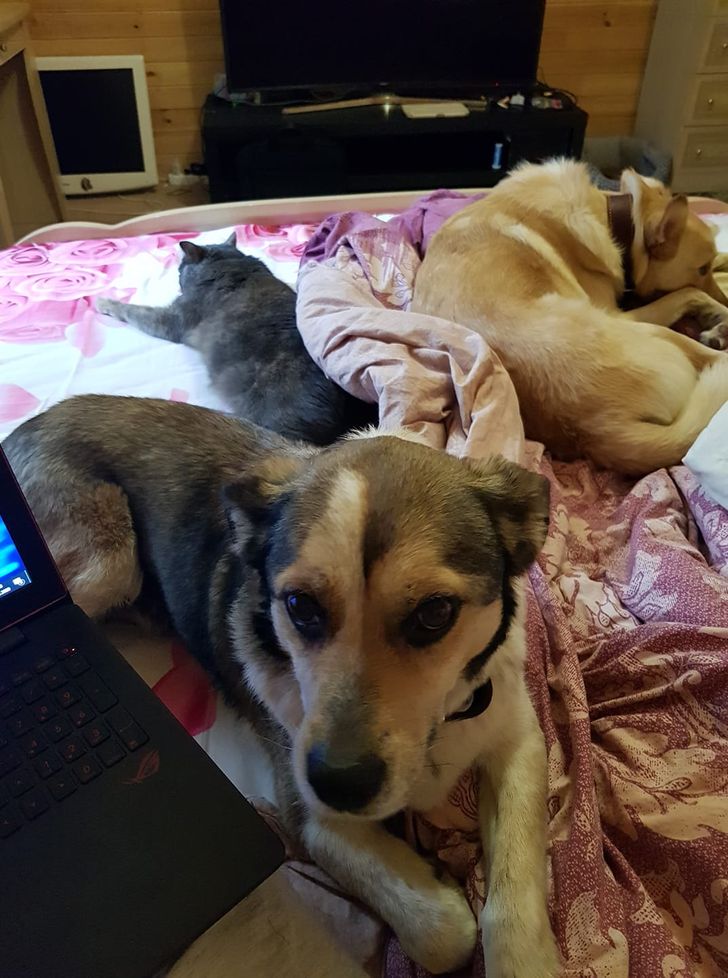 “A few weeks ago I rescued this beautiful boy from the local animal shelter, instead of getting a Corgi from a breeder. I couldn’t be happier with my decision. This is Chip” 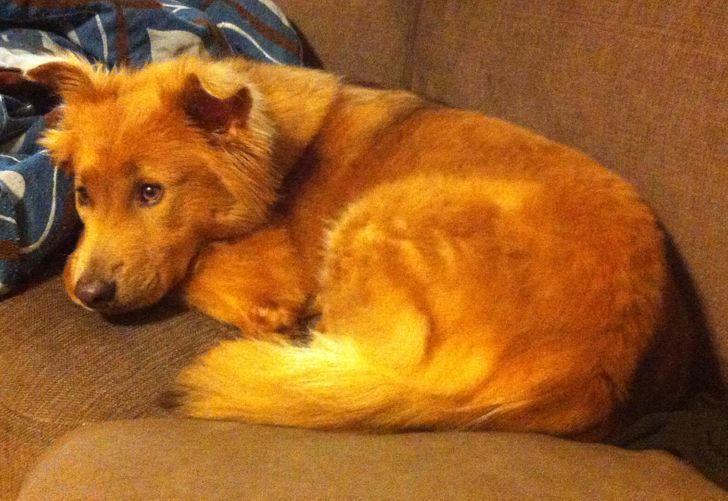 “I was on a bus, and there was an old lady with a basket. She told me, ’Take the kitten, nobody else wants it. She’ll find you a husband.’ So, one year later, my future husband came to meet my parents. Thank you, lady!” 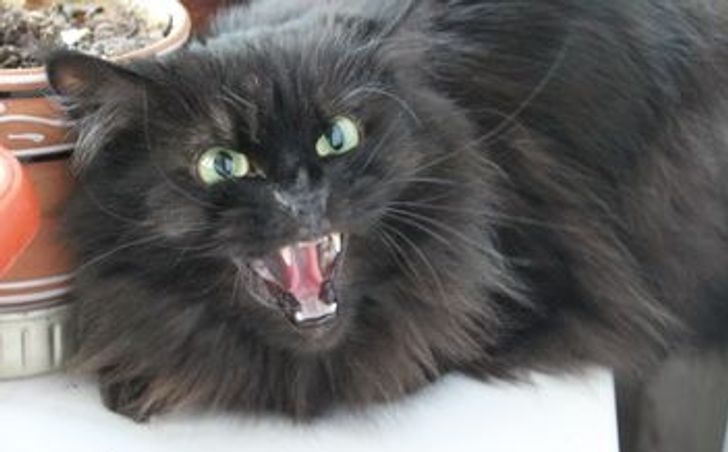 “Saved her from the animal shelter the day she was supposed to be put to sleep 3 years ago. Meet my friend Bossa.” 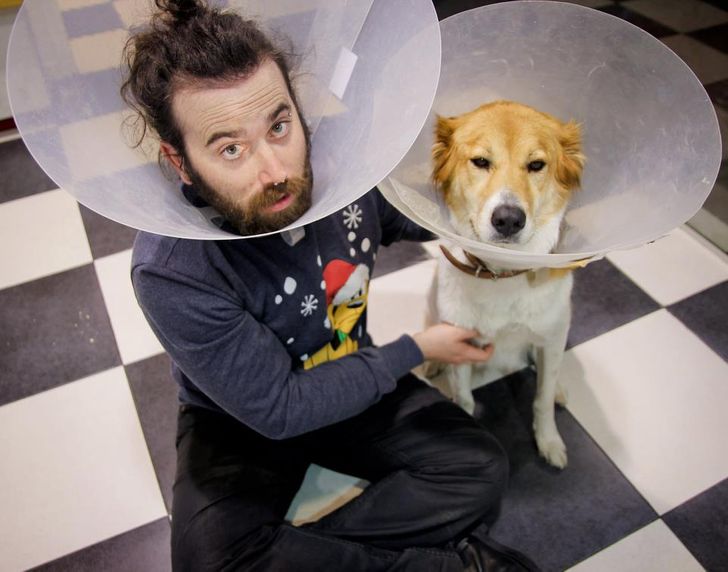 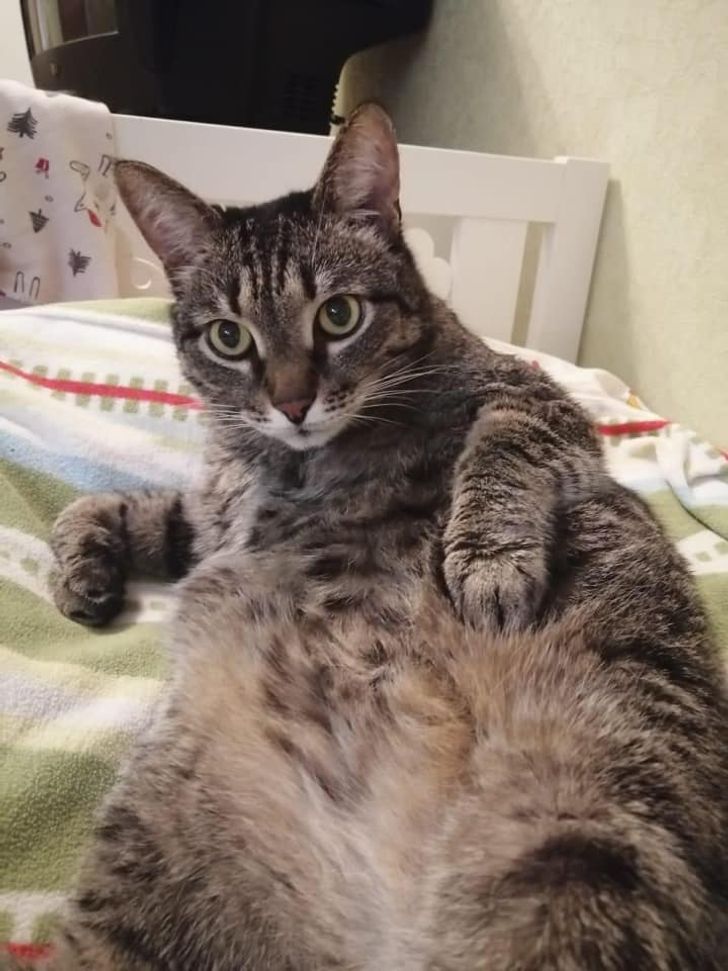 “This little guy was born in the shelter, his mom was a stray they brought in who turned out to be pregnant. This was the first time I ever saw him. What I did to deserve him in my life, I’ll never know. But I’m happier that he is.” 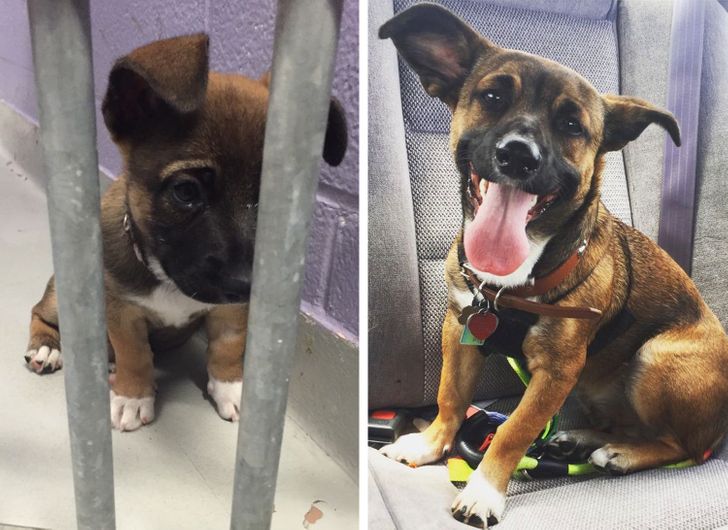 “I was just sitting on a bench with my girlfriend and this guy was trying to get into my pocket. So, I brought him home and this is how I got a cat.” 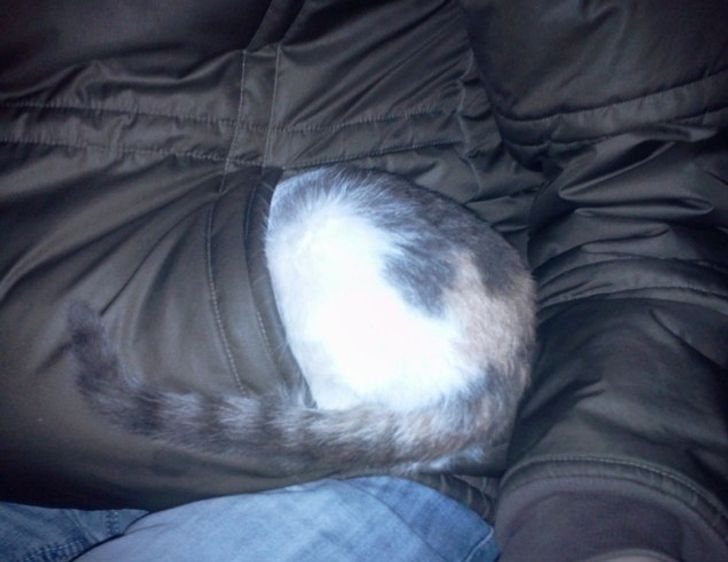 “My girls are not purebred but I love them very much.” 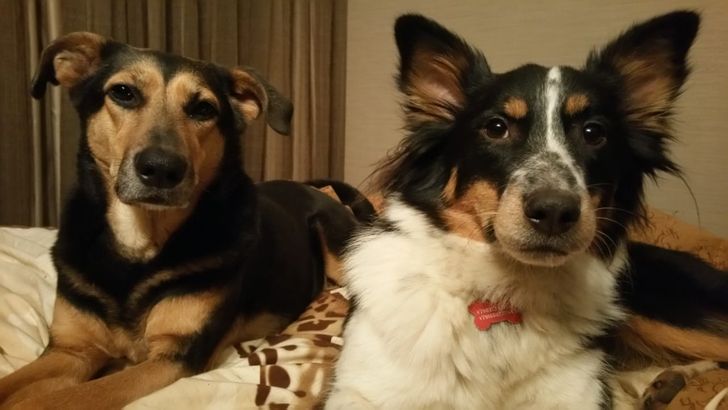 “When we found her, even her toes were thin. But now she is a Queen.” 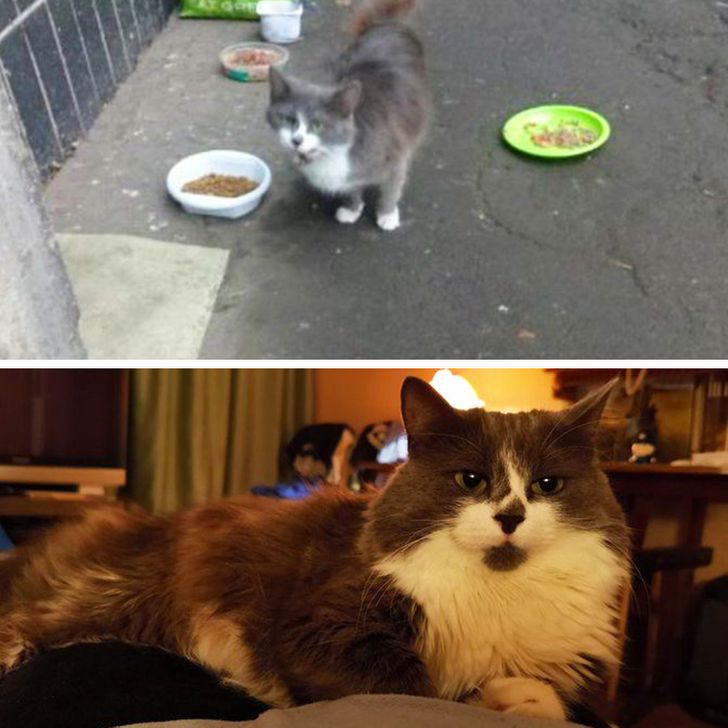 Have you ever adopted a stray animal? How did it affect your life? Share your stories with us in the comments section below.