Such a wholesome story.

Cats are independent animals. They don’t rely much on their humans or anyone but sometimes their emotional side takes the best of them and they just want to be loved and cherished. Yes! no matter how independent a cat is, It still longs for love and someone who can take care of it. There are plenty of cats who spend most of their lives on the streets and it’s really hard for them to live and adapt to life inclined with the outside world but some of them try to and it’s sad to see these fluffy little babies suffer until they’re saved by animal shelters or not. Every animal deserves good people to look after it and treat it like it’s their own child and the people who make that effort eventually find good pets and animals that look after them and love them all their lives.

So today we look at a sweet little story in which Sophie (a stray cat) followed Akwan. Basil Akwan works in a cafe in Kuwait with his girlfriend. They’re in love with their job and get to roam around the area but they’re not the only ones to do so. There’s a pair of kitties that follows them around who also enjoy their presence. Every now and then, waiting for him and his girlfriend to show up so they can just hang around with them. “We used to see them together all the time — they always waited in the same spot for us to come, even on rainy days, they would sneak on the table for food and cuddles,” said Akwan. 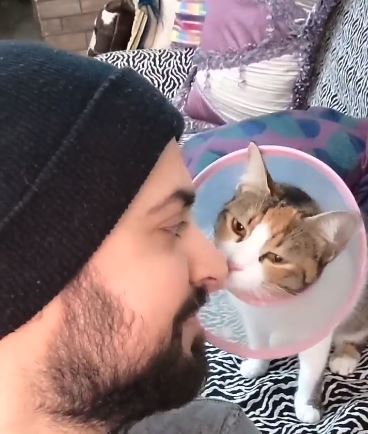 Little kitty peeking at Akwan from under the table. 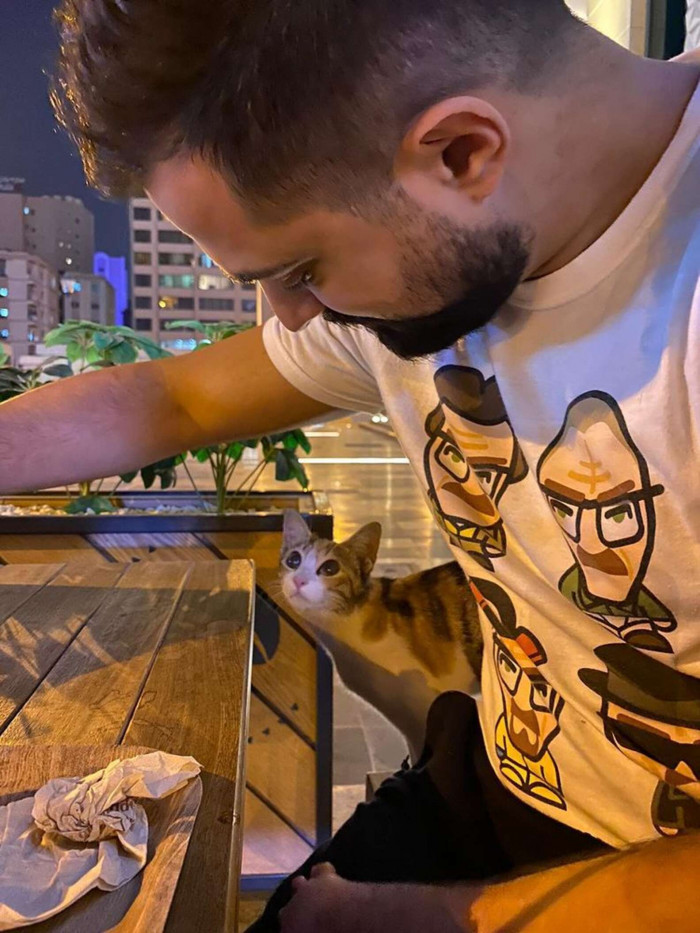 Sooner or later Awkan was being followed around by Sophie really often until one day she chased him all the way to his home and after a while, Awkan realised that this kitty considered him her dad. 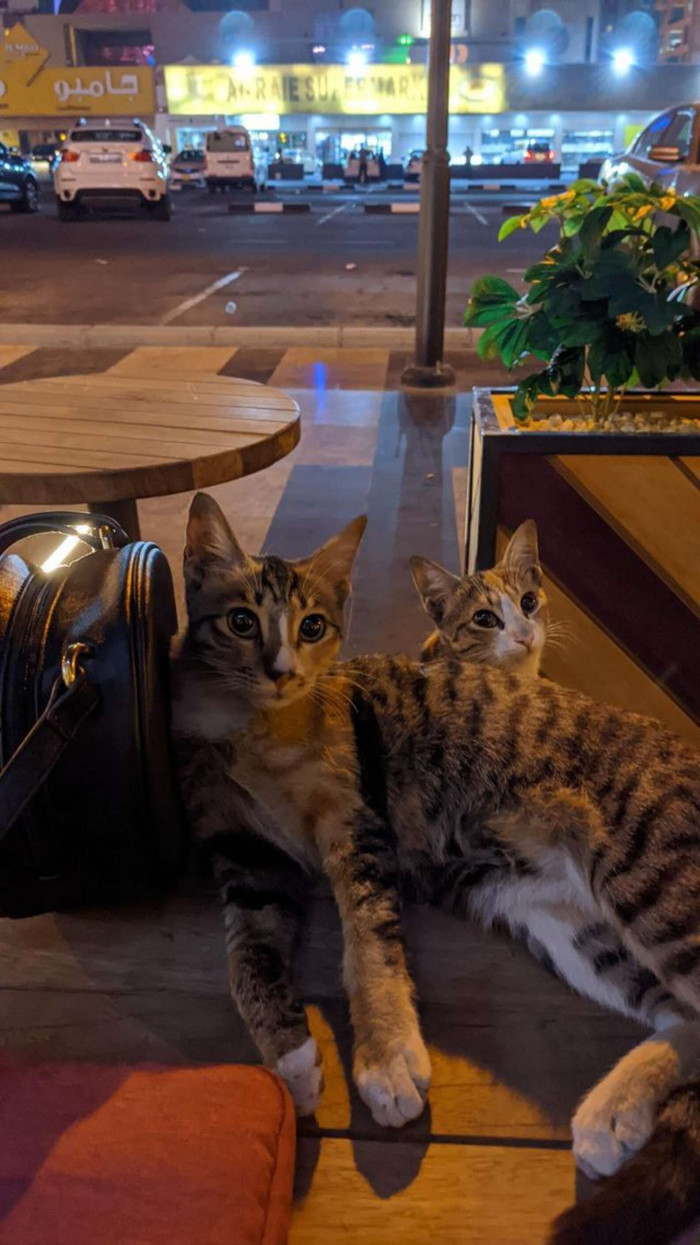 Awkan’s girlfriend adopted Sophie’s sister. Now they’re both united and having a loving home all thanks to these lovely people. 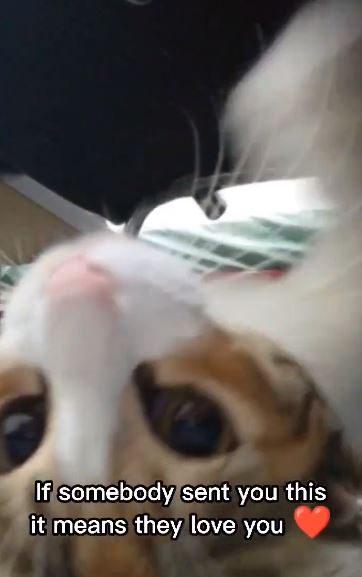 Look at this adorable kitty sleeping. 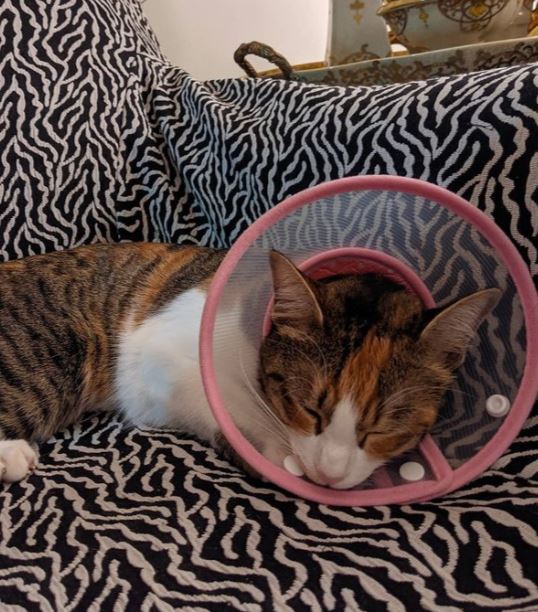 It’s vet day for this baby. 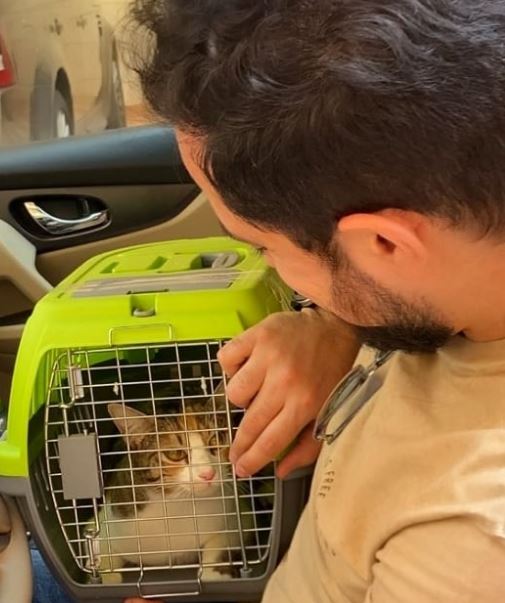 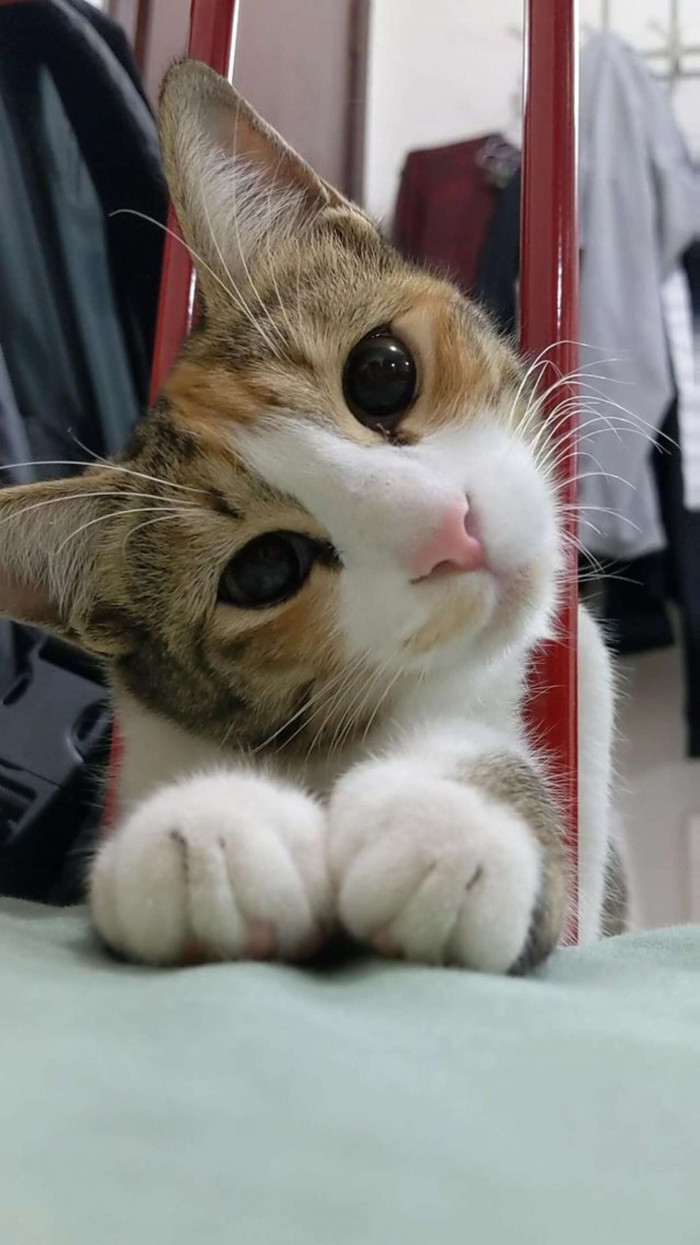 Mirror selfies are not just for humans. 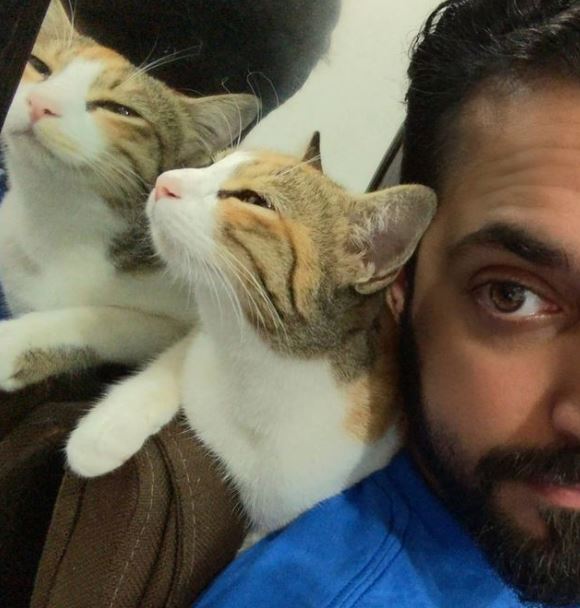 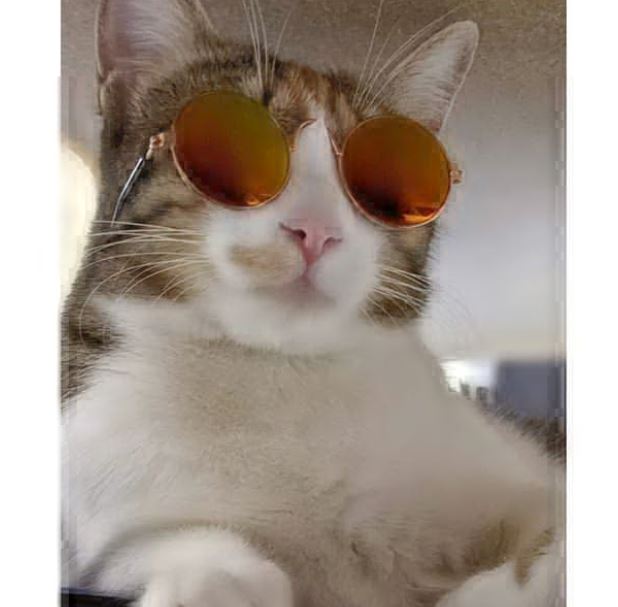 The emoticon perfectly sums up her face. 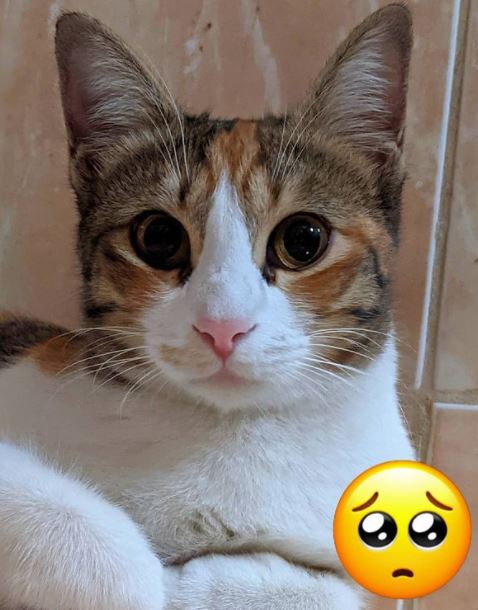 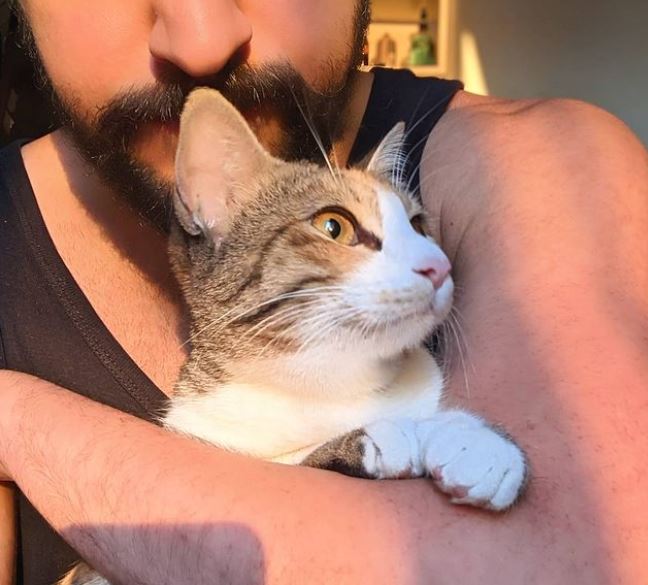 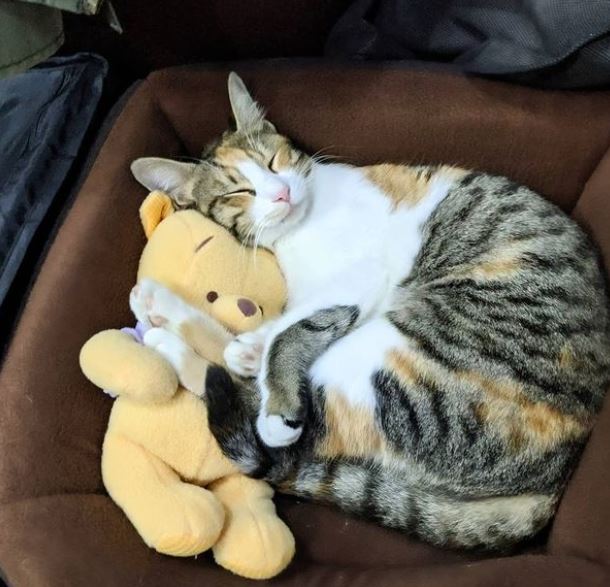 And with that, we conclude this cute story. We’re glad that these kitties found a forever home and they’re having a happy ever after that a lot of other kitties deserve too. Let us know your opinion on this story in the comment section below.