There is always that one person in the group project.

I admit that working on group projects is not easy. You get paired up with all kinds of students with different personalities. You have to figure the people out first and then plan on how you want to go through with the project. It is hard to keep everyone on the same track and make sure that everybody does their part on time. If even one person slacks off, the whole project falls apart. So you have to make sure everybody is putting in the same amount of effort. If they don’t, they sabotage the project for everybody involved, which is selfish of them. But you cannot control everyone. Student life is filled with all kinds of students. You have people scoring straight As, then you have the below average or average students, and then there are the kids that don’t care if they even pass or fail. If you get paired in a group project with the kids that don’t even care if they fail, good luck. You can not push those types of kids to work because they just won’t. If you have to work with someone like that, just accept the fact that you will be doing the whole project yourself. Pretend that they do not even exist. However, it is unfair that they get others to do their work and then get credit for doing nothing.

A Redditor shared some screenshots of a conversation they had with their classmate that was supposed to finish a project with them. The classmate made some excuses about being stuck in the hospital because of their uncle. The classmate got caught lying, and things went downhill for them after that. Scroll down below to read more details of the story.

OP texted Elias and asked if he had finished his PowerPoint slides. Elias replied that he was in the hospital because his uncle had kidney failure and couldn’t complete the project. 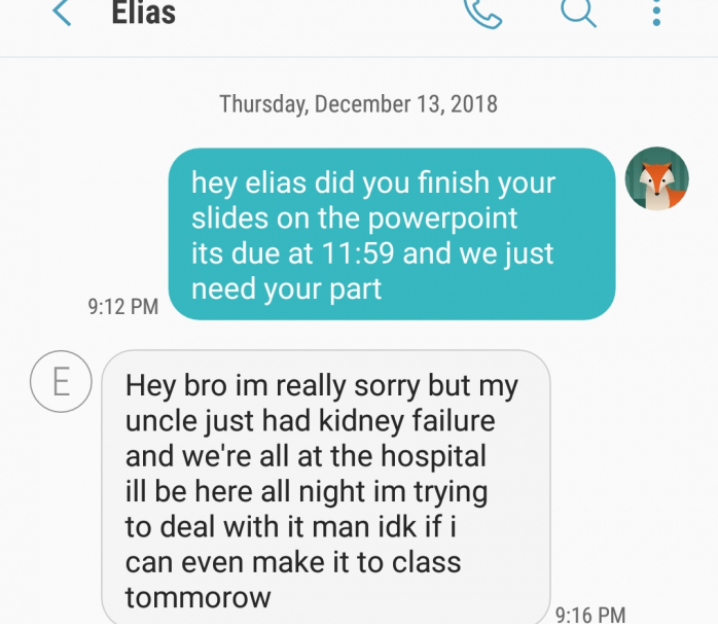 OP felt bad for Elias and offered to do his part of the project too. But soon, OP found out the truth and hit Elias with a dreadful question. 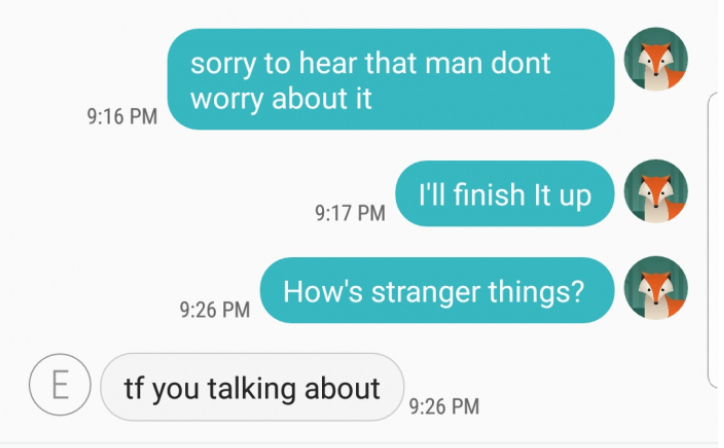 Then OP sent a screenshot, bringing proof that Elias was not in the hospital. He was just watching Stranger Things. 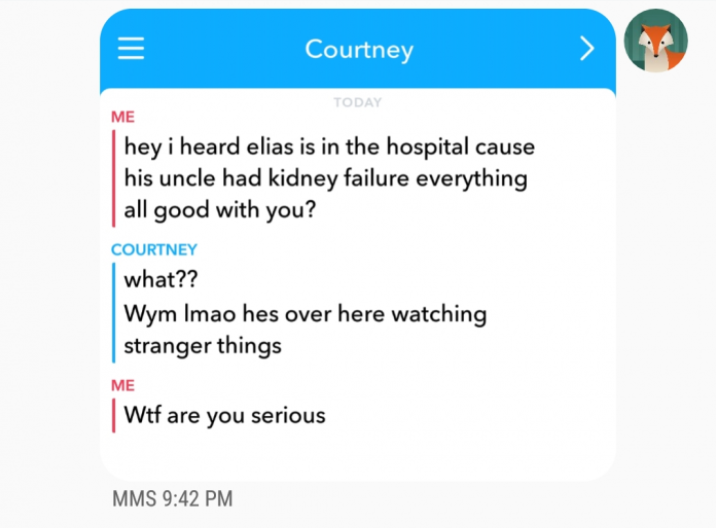 OP said Elias’ name would not go on the project. Elias pleaded with him but it was of no use. 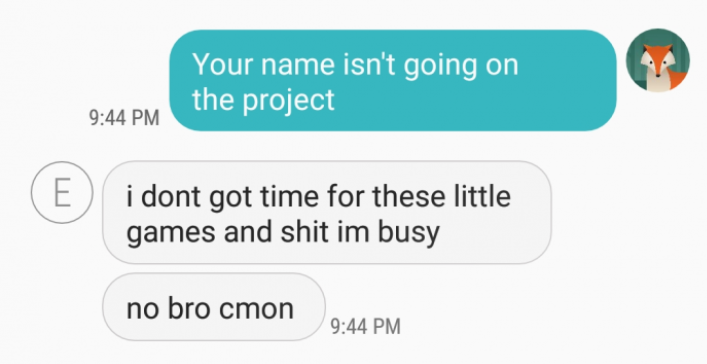 And soon enough, Elias resorted to all caps and empty threats but OP remained unfazed. 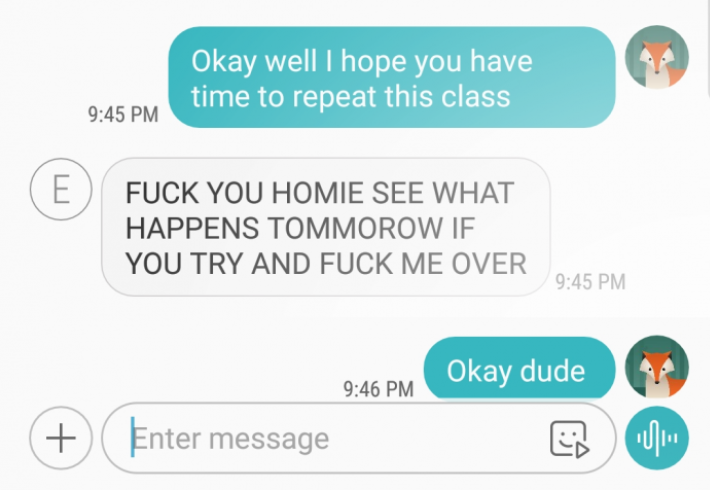 OP dealt with the situation with maturity. If that were me, I would be blowing off at Elias for lying and slacking off. Why should I do someone’s part of the project while they sit and watch a TV show? Elias does not deserve to have their name on the group project. If you want credit, you have to earn it. 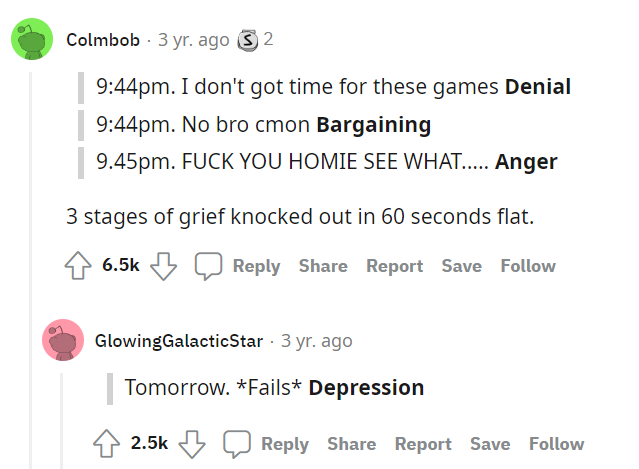 OP was awfully calm in this situation.

Courtney picked a side.

Elias dug his own grave. 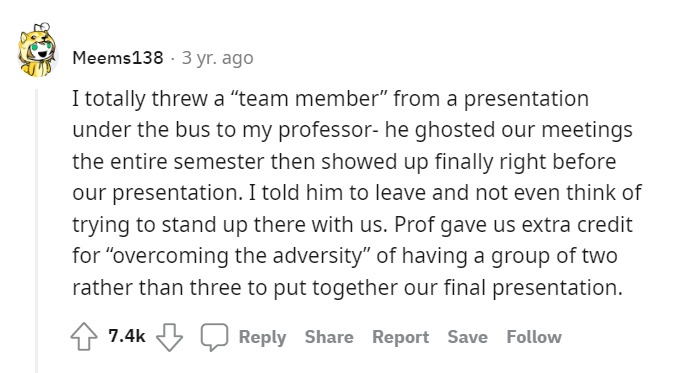 Have you ever worked on a group project with someone that didn’t do their part? How did you deal with them? Share your group project stories with us in the comments below.