Work settings can be difficult to deal with at times, this mostly happens when there isn’t a very good employee-management relationship. When the management prefers ordering the labor around rather than having open communication with them, leads to labor being defiant. Irrational orders/commands can cause malicious compliance with orders by the employees, where it is known that sticking to the orders will inflict a negative outcome. Today’s storytime includes a similar story where the OP as an employee was unnecessarily asked to pay for personal calls made from the work phone despite having an unlimited cellular plan.

OP being a supply in charge for a medical company was provided with a work phone for countless dealings throughout the day, he was supposed to stay available the whole day despite being an hourly worker so that clients/team members could stay in contact with him. Considering the cellular reception in the area which was pretty poor, OP used the official phone for personal calls too instead of his own phone as it had better reception. Although this happened only sometimes OP was still charged for the few calls he use to make although he had an unlimited cellular package that could easily cover them. Complying with the orders OP’s response left the senior management hushed. 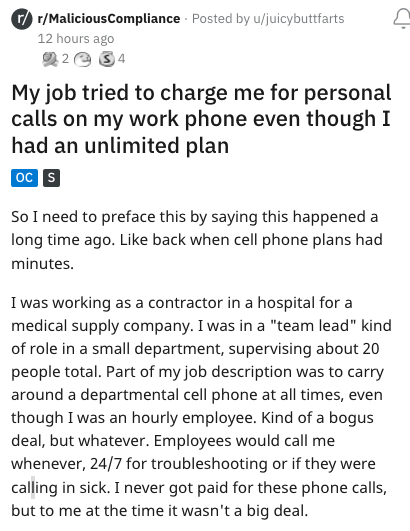 2. Complying with the rules, asked for compensation for the overtime 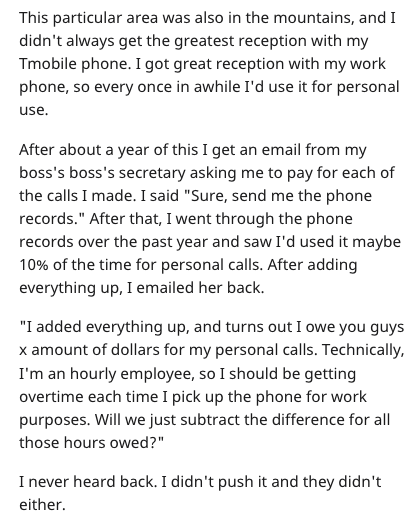 People often work extra hours just because they are devoted and determined towards their jobs and are honest about their duties. This overtime, that they do, is hardly ever acknowledged by the employers and that’s a dilemma in every other work setting. Despite the honesty towards the job, when such an employee is asked to do something phenomenally irrational it often results in the employee fulfilling the commands out of irritability just to show the management how stupid they can be.

3. What People had to say about the whole incident 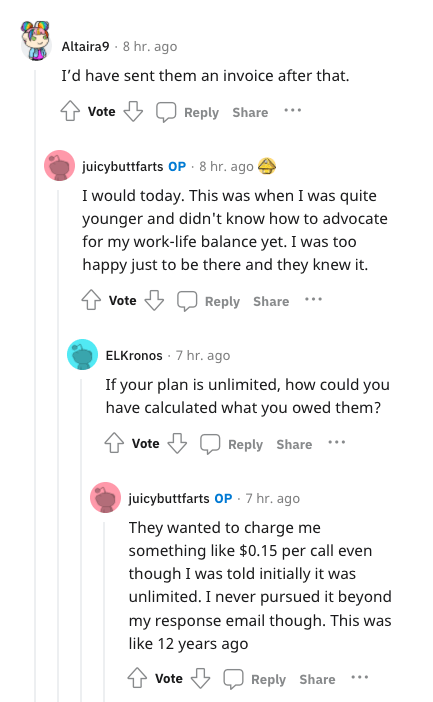 Altaira9 has a point there! sending an invoice would make the management go nuts

4. Makes sense, there is hardly any employer who considers off-time work 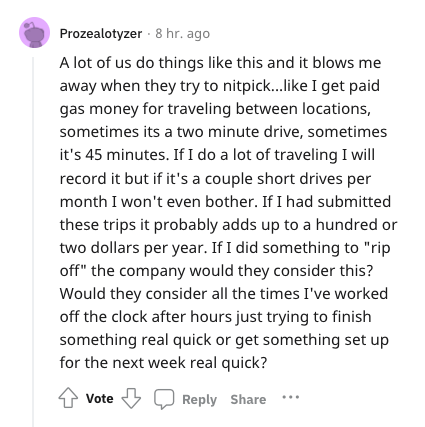 5. Looks like the supply guy’s long-distance had something to do with Louisiana 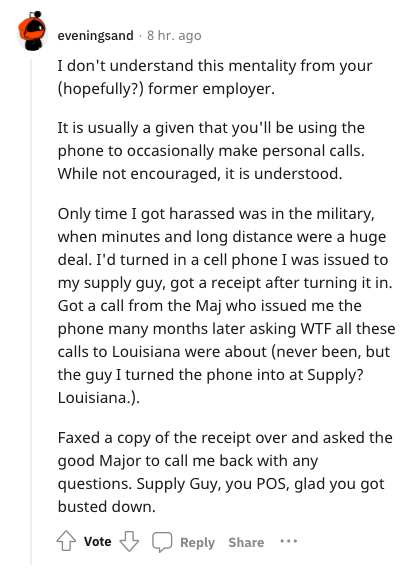 6. Fair employers would never take such an action 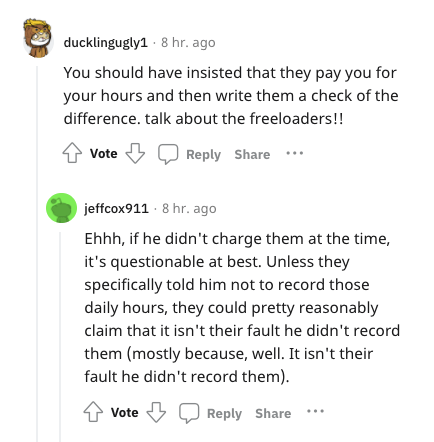 Well, if they could keep a record of OP’s personal calls they should have had the audacity to keep a record of the work calls made by him in the off hours and hereby reward him with an incentive for being responsive towards his job.

It’s totally fine to make use of the official property for personal reasons, only sometimes that too if you’re an honest employee who doesn’t mind giving your job extra time to speed up the work or fulfill extensive tasks. This practice shouldn’t be encouraged but it can be counted as compensation for all the extra hours given to the job when there isn’t any other incentive.

Have you ever come across such a situation? If not, what would you do to tackle such management? Do let us know your story!