It’s no surprise that companies often provide poor quality software to their clients to maximize their profits. They know that most people aren’t that technical so there’s low chance they’ll ever get caught. And even if someone ever confronts them they can always lie about software bugs and scam them into buying new and improved versions. Thereby, making more money. So, this is a common practice and it works most of the time because the majority isn’t tech savvy.

However, what these tech giants don’t know is that their tactics are nothing compared to the willpower of a bunch of kids deeply motivated by gummy bears. Yes, you read that correctly. There’s no power on this green earth that some 12-14 year olds can’t undo. Don’t believe it? Then scroll on below and see how some eighth graders took down an entire software company in just a matter of days.

The supreme power of Gummy Bears! 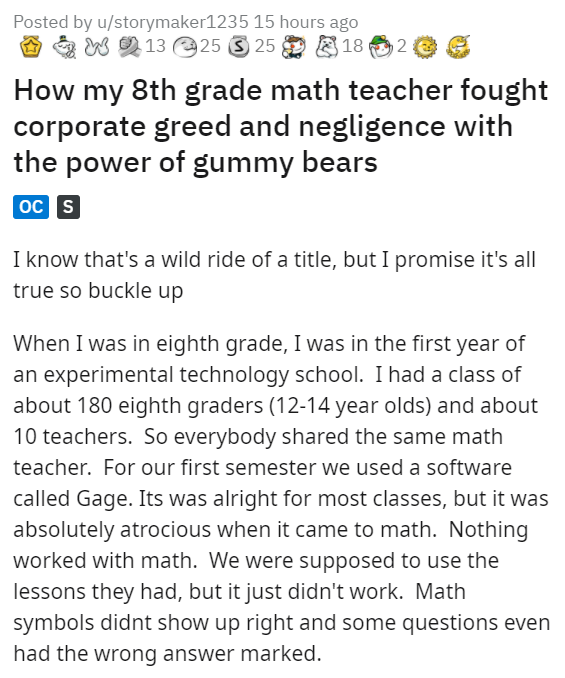 The companies sometimes purposefully supply clients with low-grade and faulty software so that they can later make more money by offering them “cheap” upgrades. 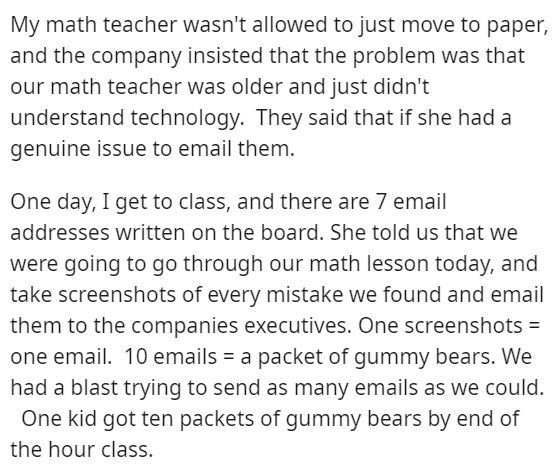 The math teacher was smart. She knew that the only way she could get her message across was if she did something big, something dramatic. Otherwise, they were already blaming her for “not understanding technology” when clearly she was in the right. So, she made use of a technique called positive reinforcement. It’s where you reward someone for positive behavior and that encourages them to do more. She used gummy bears as inspiration and made them send hundreds of emails that the company couldn’t ignore. 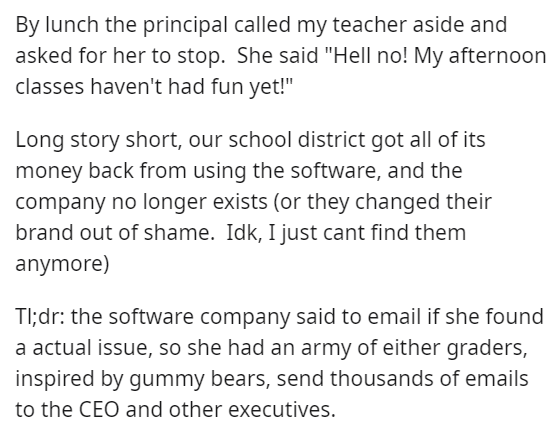 So, not only did she clear her name but she also highlighted and resolved a major problem that was giving everyone a hard time. Kudos to the teacher! Because of her the school administration got its money back, the kids probably got a better software and all it took were some packs of gummy bears.

Moral of the story? The power of children promised candy is the strongest in the world.

What do you guys think? Share your views with us in the comments below.