What! did you spill coffee on your new dress at work? The black cat might have crossed your way while you set out for the office… you stepped in cow dunk? It’s the 13th of the month, the day just had to be misfortunate! These might also be the expressions you would be hearing from people who appear to be having bad days around you. But do these superstitions actually make sense?

Days can be good but then they can be bad too, there’s always an opposite to something happening. However, nothing lasts forever. You might have been going through an unfortunate day thinking that either karma has been hitting you hard or it’s just your luck that isn’t working at all. Whatever it may be, bad days just seem like a never-ending event. And it leaves us wondering what we did to deserve it all.

In case you’re having a bad day and go on thinking that it couldn’t get any worse, you should definitely go through the instances below to boost your morale just by a bit. Because no matter how bad of a day we’re having, there’s someone who is having a worse day. And we can’t help but sympathize (and then laugh about it later). Scroll down and check these bad days out!

P.s you might end up laughing your bad day off, so give it a try!

1. You can’t be a fisher hunter

3. Missed by a whisker

“When you miss the moment you’ve waited 14 years for”

4. Tried to snowplow your car 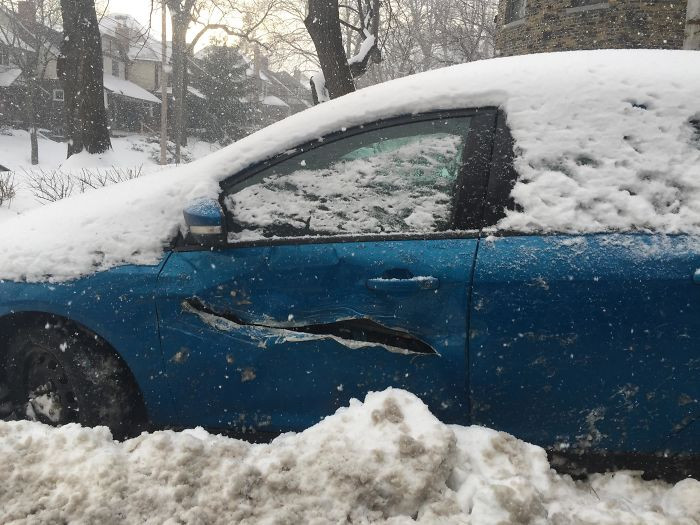 Read the sentence again, this time leaving out snow

5. My heart sink-ed seeing the sink in the car

Let that sink in.

6. That’s some serious pizza cutting by the pizza cutter

When you try to be the efficient one

Hope you fix it before the ceremony, at least!

8. You can’t blame the barber, being honest

It doesn’t look that bad, after all…

Siri just knocked out all odds of you getting a date.

10. Behind the scenes of anesthetic photoshoot

The struggle is real!

11. You don’t require an actual visa for entering a bathroom, I assure

Dude! you could have taken it inside with you…

I’ll just go stay in the hotel then. Or burn the house.

13. Well the name says it all, Nutri ‘bullet’ you said

When the bullet leaves the cannon a little too soon

But how did it get up there, anyway?

16. What “to go an extra mile” actually looks like

17. Summer in Siberia is pretty pleasant

Things can be contrasting in Siberia

Looks like you delayed your skincare a bit too much

We hope everything is okay, though.

20. What? bristles aside a porcupine is a kind creature 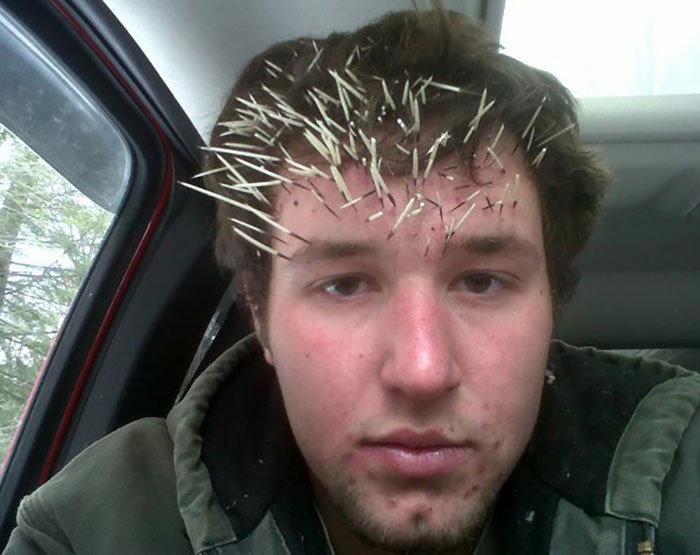 I just wish your day doesn’t get any worse, with the swollen face you know…

21. When your car knows you too well

When you get in an accident wearing too much makeup, it serves as an evidence

Each of the above is that day where the bearers seem to be super annoyed about the fact that their bad days have been passing by super slow, but what’s worse than realizing you missed a trip to the UEFA championship final which was free of cost that too when you’re a big soccer fan moreover finding it out 2 years later than the actual date. That’s ironic, not just bad.

23. “Don’t play with the fire hose during the Coast Guard demo”

25. When I say I have my standards high, I mean it. A person just tipped a $135 million satellite

Did you say you were having a bad day?

26. We went on a drag-the-master walk

27. Good morning, it’s a new day so better get a new roof too

How did she even get inside, isn’t the door small enough for her to walk in?

29. “Proposal ended with dropping ring down a gopher hole”

When you travel 200 miles away just to plan a dream proposal and it fails, then you talk about bad days.

31. Chocolate was denied so did my access to everything else

33. When you forget to refill the cat litter box

That’s how she reminds you, welcome to cat parenting

34. “Cutting your finger one trying to get the Band-Aid. That’s some A-grade irony”

What doesn’t kills you, makes you stronger

35. That’s no less than an A-grade irony either…

You should have taken the bus today

36. “The ATM shuts down with the card still inside”

I hope you have extra cash in hand 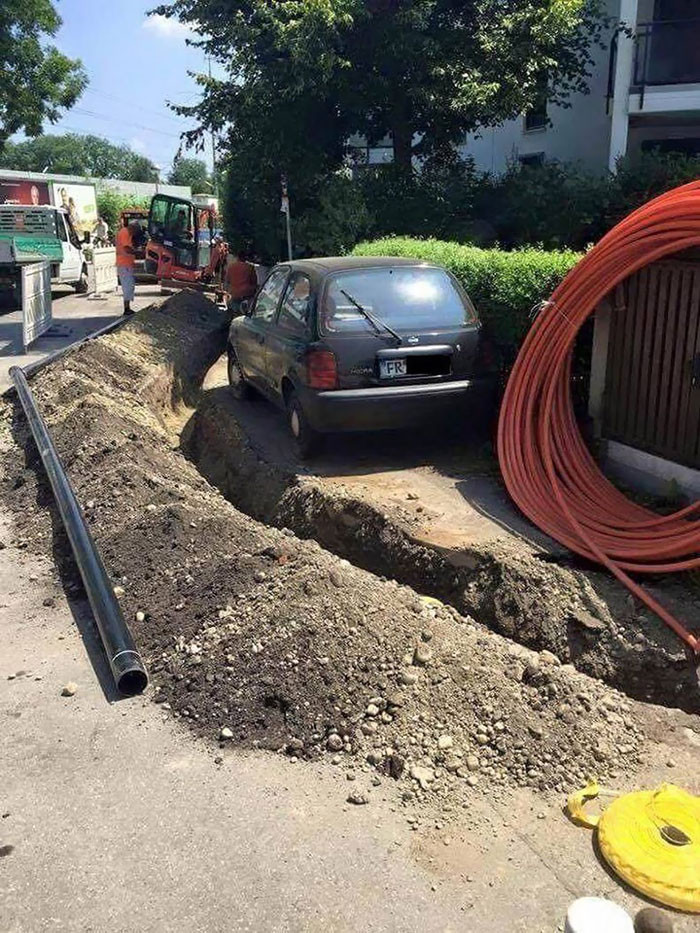 I’ll probably get an uber then…

38. When you’re unaware of your allergies

BUT, I wanted to pet a kitty *cries*

39. Not always the hefty one’s the survivor

What a shame, the chairs bore the storm but not the Bbq grill

Otherwise, how will the world know you’re the artist?

41. “One woman put 1.5 gallons of windshield washer liquid in instead of oil”

They said your engine needs some cleaning

42. The weddings photos were supposed to be aesthetic

44. Help me out, don’t just stand there and take pictures

Oh my, it was just one of your unlucky days, little guy

Have I been bathing in the dog shower?

Which one do you think took the lead among all others? Write your comments in the comment section below. Do let us know if you were able to capture the worst moment among your bad days it might serve to be a lighter spark for others!!