If only going to a store several times meant you work there.

If that was true, a lot of stores would have to pay me overtime for the amount of pay they owe me. However, that is not how business works and yet Karen’s just don’t understand this simple fact. We have seen time and time again Karen’s mistaking customers for employees. And most if not all times, they get violent even towards children as seen in this story and in this one as well.

Usually a normal person would admit their mistake, apologize and move on. But not these people. It seems they double down on it and shreak at the manager until he fires a customer. I am well aware how dumb that sounds but nobody has ever said Karen’s were an intelligent species. So today we have such a story with a little twist. You see, the customer wasn’t going to just stand there and take her berating.

That’s a first, every store I go to, I feel like they are judging me on my purchases. 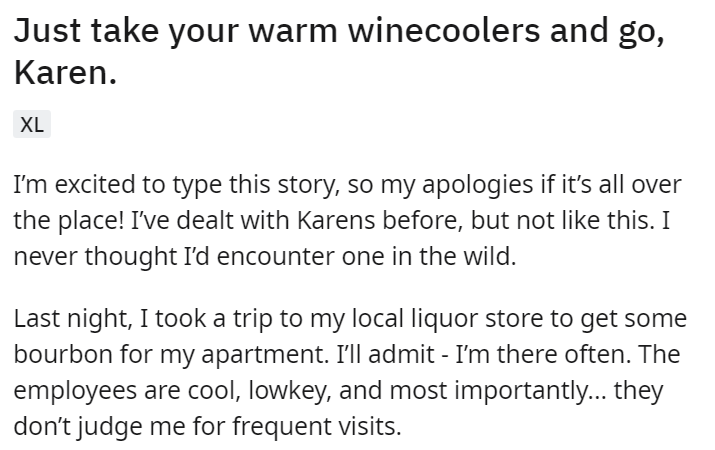 I would love to see a picture for the mascot of Karen’s. Would she be called the mega Karen? 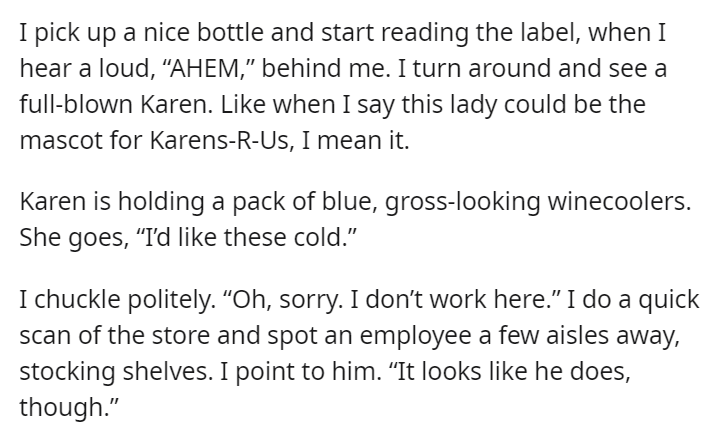 As they said before, they are an alcoholic not an employee. Know the difference.

Ya know what I can’t wrap my head around… is how many of these Karen’s say something like “You’re lying I know you work here…” — Like.. Does that mean that somewhere, there are people that DO work places that just say that they don’t? –FJCruisin

So wearing sweatpants mean you don’t have a job? Good luck to all the writers then. 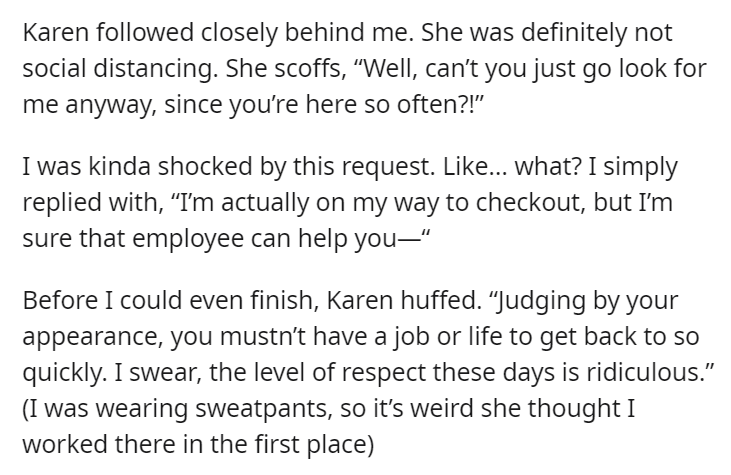 They clearly had enough of listening to her so answered her perfectly. 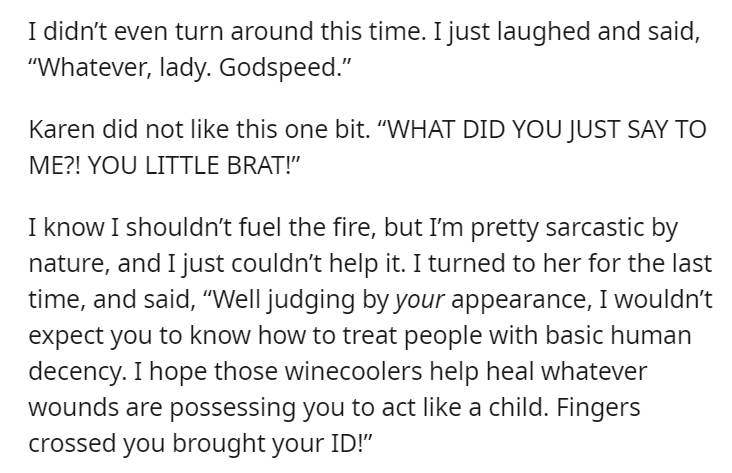 Damn, nice retort. I mean we’ve all been in that situation where someone says something really crass or stupid or rude, and the average person probably doesn’t summon anything nearly that eloquent in reply.

So it feels pretty good to hear someone say what are pretty much the right words at the right time. I guess some people just have a gift for it. –unphamiliarterritory

I don’t she ever has to deal with people talking back. She just doesn’t know how to handle that.

They should have thrown that back in their face.

It seems they are already making plans.

Because anyone who is not her is clearly beneath her.

Perhaps then they will learn but I doubt it. 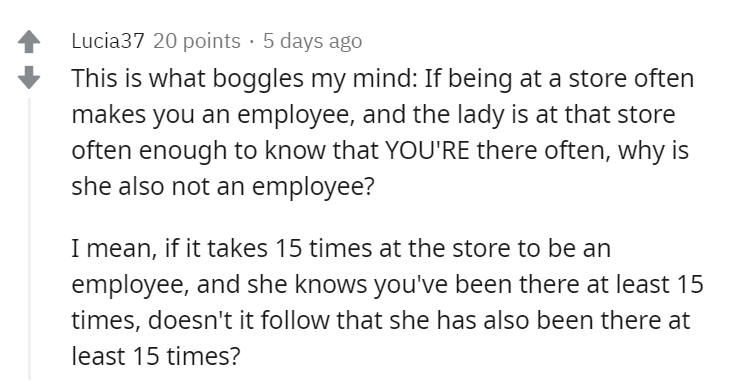 That would have been hilarious to witness. When two Karen’s collide.

What do you think about the response? Would have done something different? If so let us know in the comments below.