Sometimes all cats need is love.

Cats may give us the impression that they don’t care, but the truth is they do. Like everybody else, they too want our love and affection. Especially, the ones that have been abandoned by their owners. That too, at the time when they need love and care the most.

But instead of focusing on people who abandon their pets, we’re going to praise people who give pets the love and care they deserve. You see, not so long ago, a girl named Bree Taylor in Queensland Austrailia was walking her dog Koda home when she noticed something unusal.

While they were walking on Branch Creek Road in Dalby, Bree and her dog heard something in a nearby grassfield. Normally, when you hear a noise from a nearby bush it’s not a problem, but when you live in Austraila the chances are it’s a big snake.

Thankfully, it was nothing like that. Instead, much to her surprise, it was a small troop of adorable kittens!

The kittens kept coming towards her. At first, she didn’t know what to do as she thought they were feral cats and that their mother would be nearby. While talking to Courier Mail, this is how Bree described the scene:

“Honestly I thought they were little ferals coming out to attack my puppy and sort of stood back ‘cause I thought mumma cat was going to come out.”

Sadly, the kittens were unaccompanied. They were all alone in the middle of nowhere.

“They came right up, so I sat on the ground and they were purring and really hungry.”

Upon seeing Bree the kittens got all excited and happy. They just wanted someone to show them love and affection.

“I just couldn’t believe there were ten and I was just more surprised that all they wanted was a cuddle. They were very hungry. I knew they weren’t feral because they weren’t hissing they were meowing and jumping on me. They definitely knew what a human was.”

Now, that Bree knew the little kittens were a bunch of total sweehearts, it was time to think of what to do with them. Since they were too young and couldn’t fend for themselves, she decided to take them home.

“I was more nervous they were going to get run over by a truck and the fact I couldn’t carry them all.”

But that was another challenge. Her home was far away and she couldn’t carry them all. So, she thought she would first go home and get something to carry them in.

After deciding this she left. Little did she know all of this was not needed. She turned around for no reason and saw that all ten kittens were FOLLOWING HER!

They followed her for over a mile and a half till one of them got tired, so she picked him up and carried him herself. The rest kept following her and her dog Koda till they finally reached home.

But wait, it didn’t end here. When she told the whole story on Facebook it quickly went viral and people pooled in money for the stray kittens so Bree could feed them and get them vaccined.

After her post went viral, a lot of people reached out to her. While talking to Daily Mail, Bree stressed on the importance of taking care of stray cats.

“If you can’t afford to desex your cat, or look after and find homes for kittens don’t own a cat. Don’t dump them on the road after they are already reliant on humans — it’s cruelty.”

“They are incredible at reproduction. They have a huge impact on native wildlife in the environment, especially feral cats, which is most likely what these kittens would have turned into.”

Later on, Bree found loving homes for all her little furballs and rehomed nine of the ten kittens and adopted one herself.

Here’s a clip of Bree and her lovely kittens! 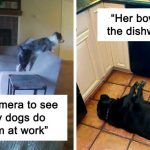 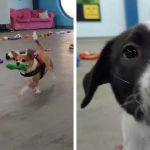 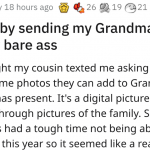 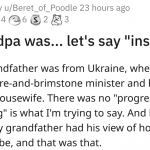 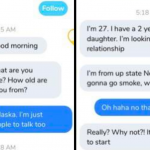