Every household is unique.

We all grow up differently. Since most of us grew up in our parents’ house, we had to live by their rules. We did not ask any questions about the rules that our parents came up with because we were too young and well, we did not pay the bills so we did not have much say in how the house was run. Some rules made sense. Our parents mostly just want what is best for us. They want to protect us and give us the best quality of life. To keep us safe, they came up with some rules that most of us grew up with. Rules such as curfews would give them surity that their children would be safe. Some rules were made to teach us manners. We did not question them much because we believed they were doing this for us.

However, as you grow up, you start to realise that there were some ridiculous rules that your parents made up which made no sense whatsoever. This is when you realise that your parents are not always right and they can sometimes make up rules just to fit their own comfort zones. These uncommon rules could be very unfair to some children. They remember this stuff for the rest of their lives, even as adults. You do not realise this as a child as you do not think of the logic behind the rules. But when you grow up you realise your parents made up some rules just because they could. Some adults decided to share uncommon house rules that their parents made up when they were kids. Please scroll down below to read them.

6. No Simpsons? That’s so oddly specific. 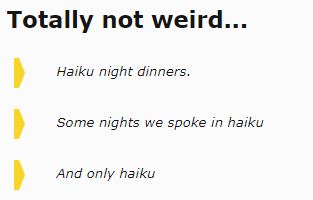 When I was a child, my father gave everyone a curfew at 7 PM. No house member, adult or child, was allowed to stay out of the house past 7 PM. That was because he would lock all the doors and turn off every light in the house at 9 PM sharp. There were no exceptions. This continued until I was 16, and I realised it was just holding me back. That is how you get rebellious teens. I learned to lie a lot to skip curfew and eventually, as I grew up, my father gave up. I am not surprised to see that I am not the only one who grew up with such strict or ridiculous rules. There are still more stories left for you to read. Scroll down below for more.

What rules did you grow up with? Did any of them seem ridiculous? Share your stories with us in the comments below.