Ever heard of a Facebook group only for people to share photos and videos of unexpected encounters with the cutest cats?

We’ve got you covered, as in this post we would like to introduce you to a group called ‘Catspotting’. “Cats are elusive and have lots of attitudes, so the scenarios you’ll find them in are always really interesting,” said Ruby Black, the founder of this niche Catspotting group on Facebook.
Ruby Black founded the Catspotting community in 2014. This group is filled with many bizarre and weird encounters with our feline friends over the years. “We encourage members to share a bit of the story with their spot, like the circumstances surrounding how, when, and where,” Black explained.

The potential of a particular post going viral depends on the uniqueness and weirdness of the spot, where more is always better. “Most of our viral posts have been either extraordinarily silly (cats with wild expressions or in really silly places or positions) or really, really unique (one of our most popular posts was a beautiful photo of a cat standing triumphantly on top of a huge sand dune in the middle of the desert),” Black explained. Clearly, the weirder the better!

1. I was watching TV in my house when I realized I was being watched! Can’t complain when it’s a cat! 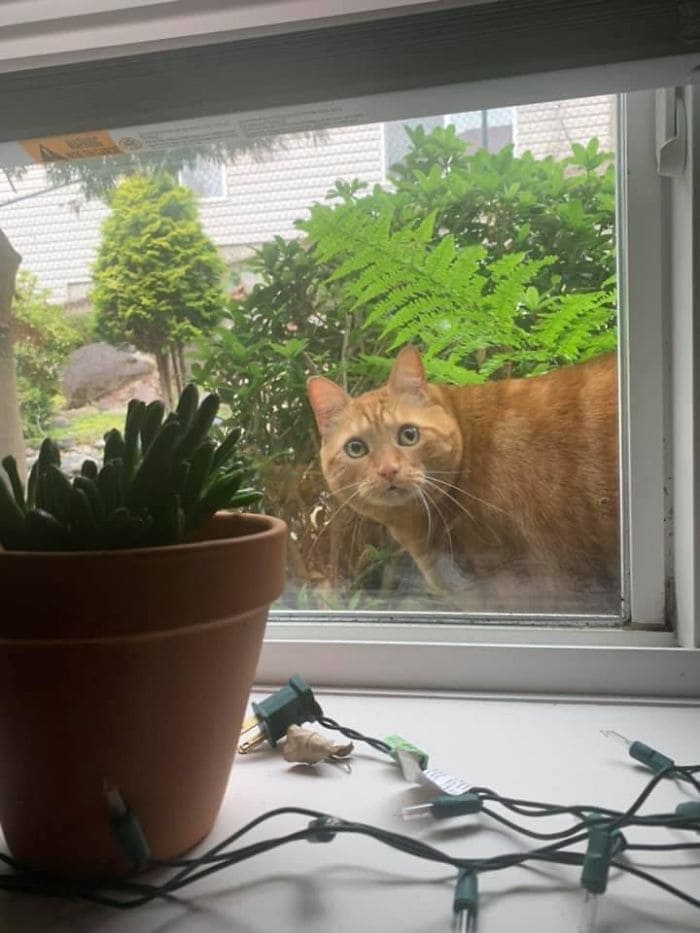 2. This stray mama cat had been coming around for the last few days and finally had the courage to bring its baby around, what a cute duo! 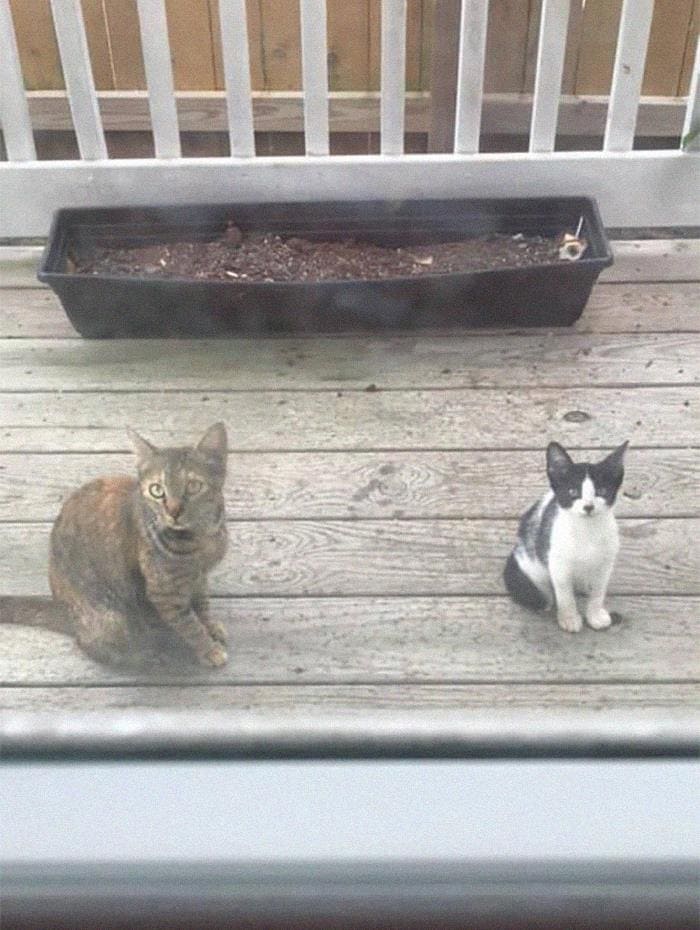 3. My brother saw this cute little baby deserted in the middle of the street and bought him back home. He proceeded to give it a bath and take care of it like a baby since it’s only 2 weeks old 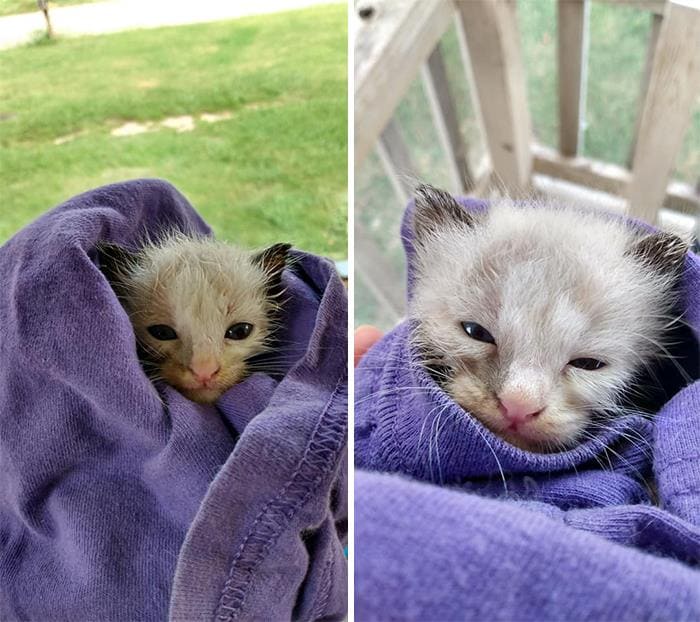 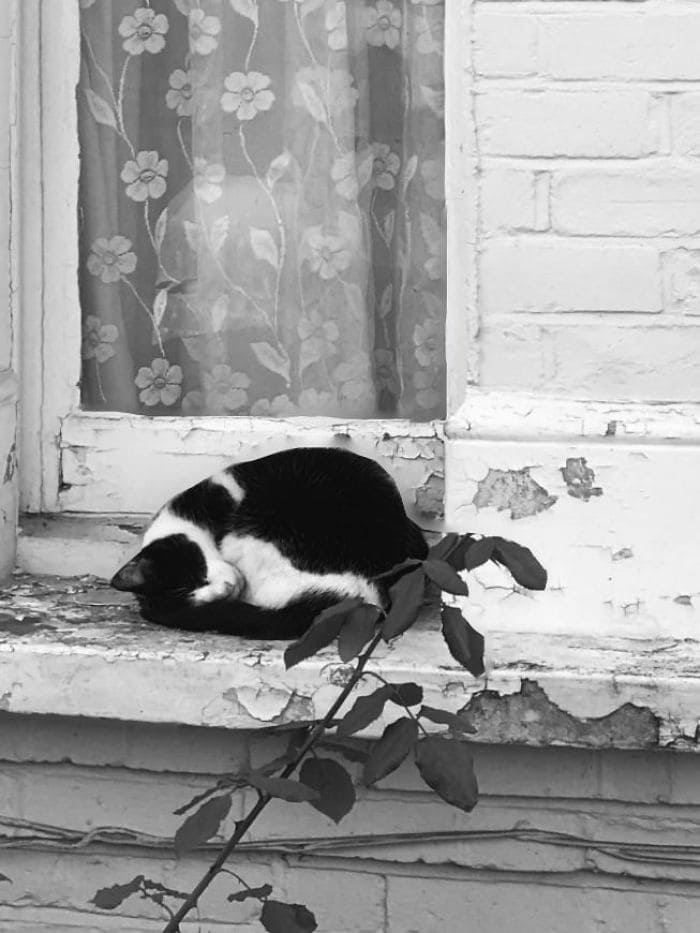 5. Our feline friend safeguarding the bookmarks against thieves 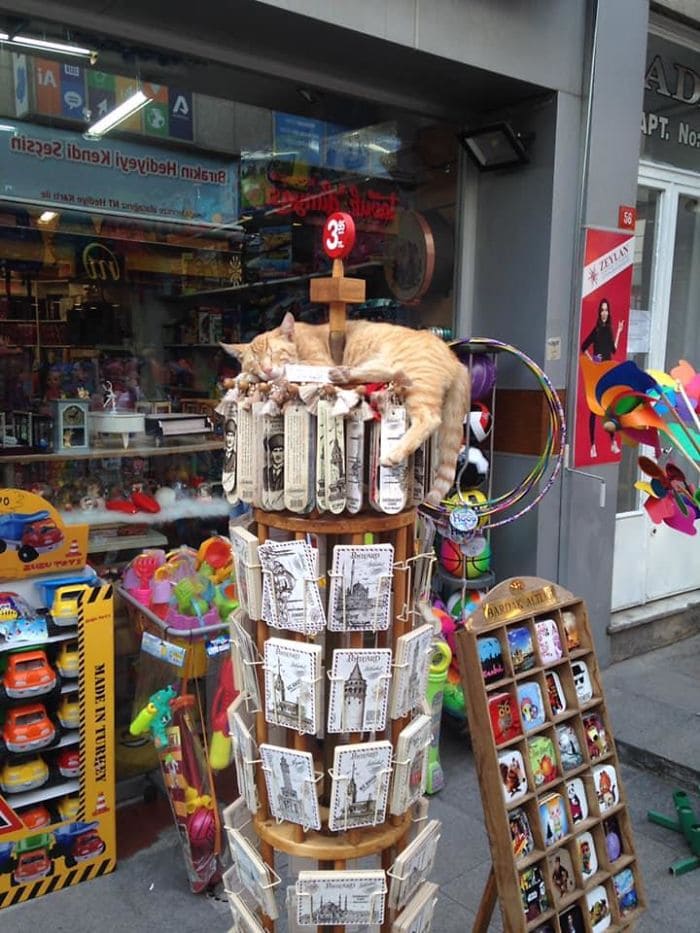 6. The Sahara desert is filled with all sorts of weirdness, but the last thing I expected to encounter was a legendary Tuxedo Kitty that, according to the Berber people, visits sometimes to chase away the scorpions. 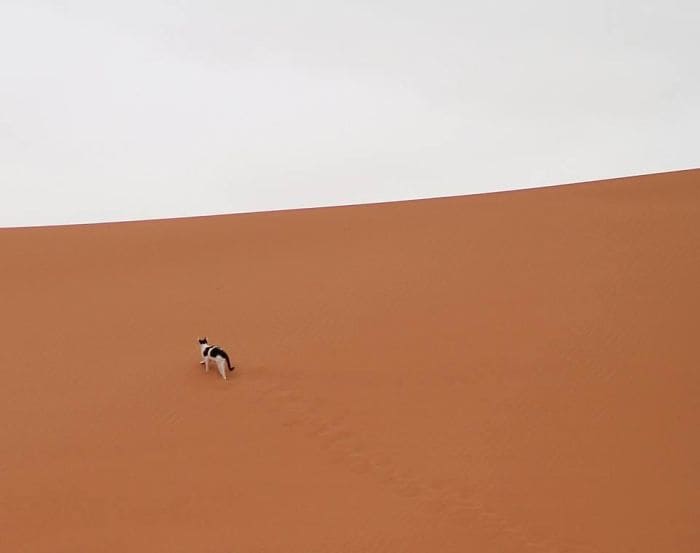 7. Ever seen a cat with glorious chest fur? Spotted this gentleman in my dad’s garden the other day 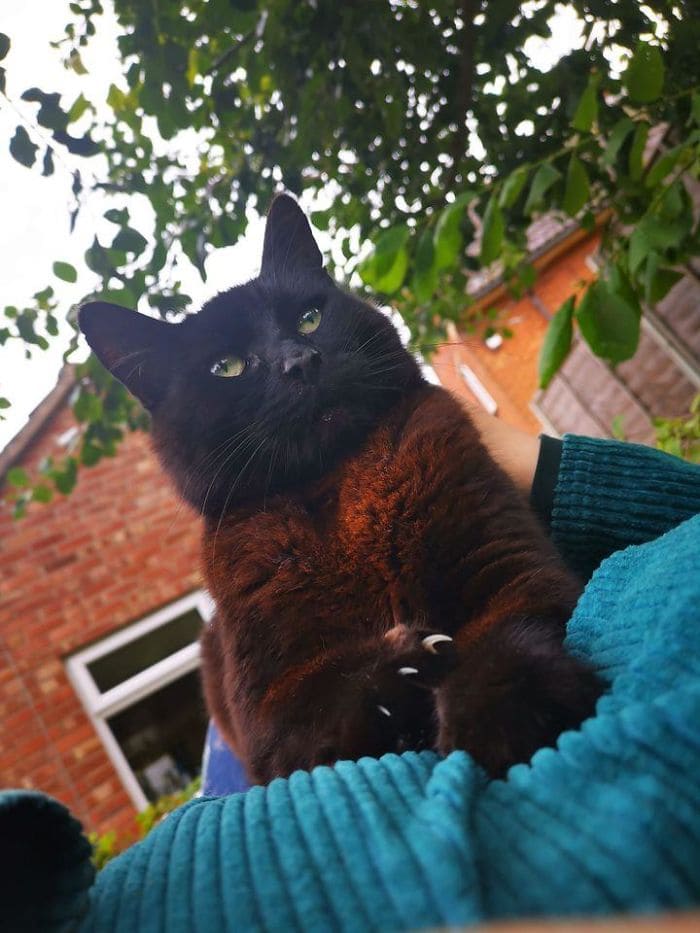 She said that her group is obsessed with everything cat-related and can’t get enough of the majestic animal. “In our member requests, we ask people to answer the question ‘What do you love about cats?’ and 99% of answers are ‘Everything!’ and ‘Toe beans!’” 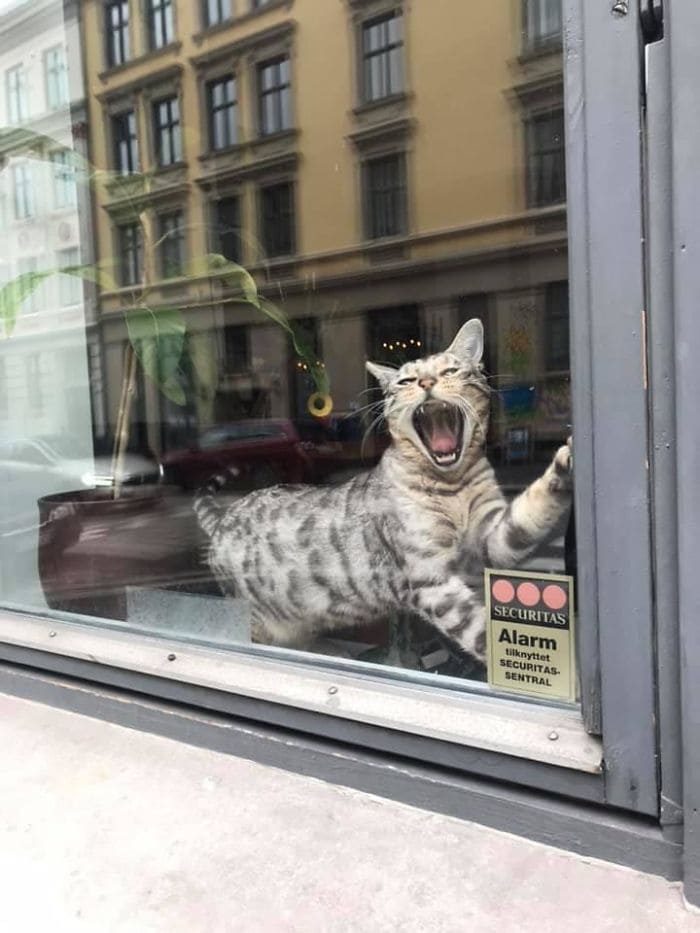 9. Peak-a-boo! Spotted this tiny fellow keeping an eye out, outside my building

“I never really intended for the group to get this big,” she said. “I created it years ago as just a thing for me and my friends because I kept seeing cute cats and didn’t have [anywhere to share the encounters]. I was a member of Dogspotting but I didn’t really like the way that they did their admin and some of their rules were a bit weird so I figured I would make my own version with cats and it just blew up immediately.”

10. My boyfriend and I managed to rescue this tiny fellow from the streets. We couldn’t stand the sight of him running onto the streets asking for help 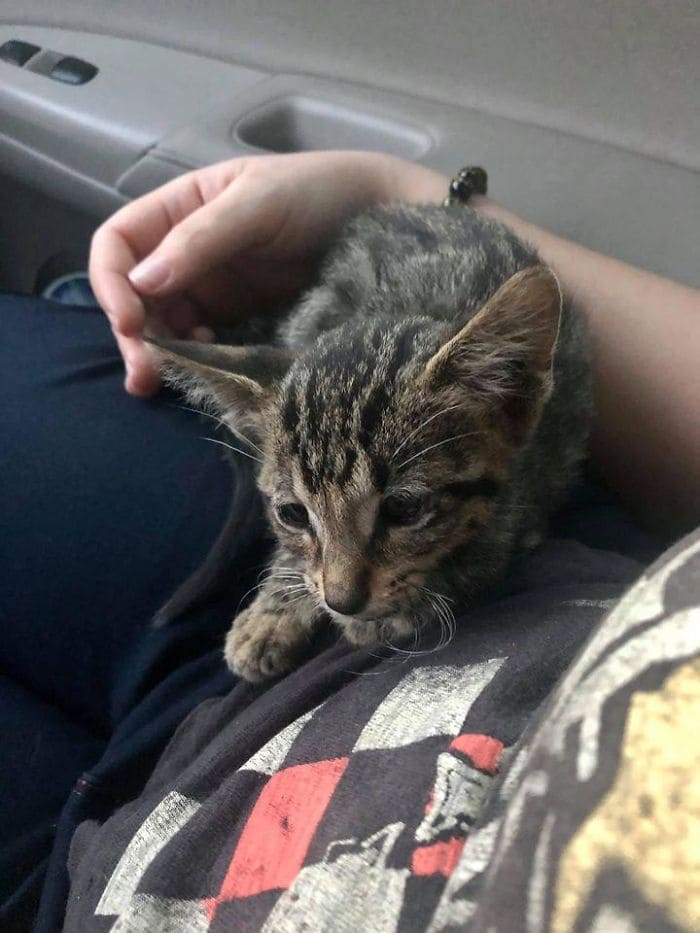 11. Saw the most beautiful catto with multi-colored eyes lounging near a restaurant in Amsterdam 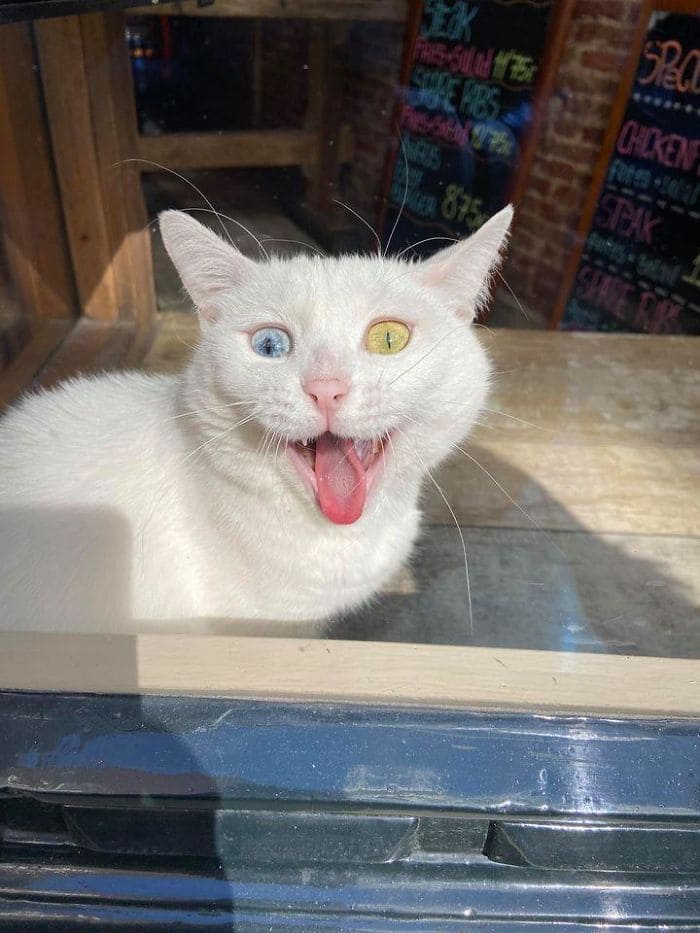 12. Captured a photo of this cuddly lil ginger while it was in the middle of a head shake move! It’s ready for the dance floor 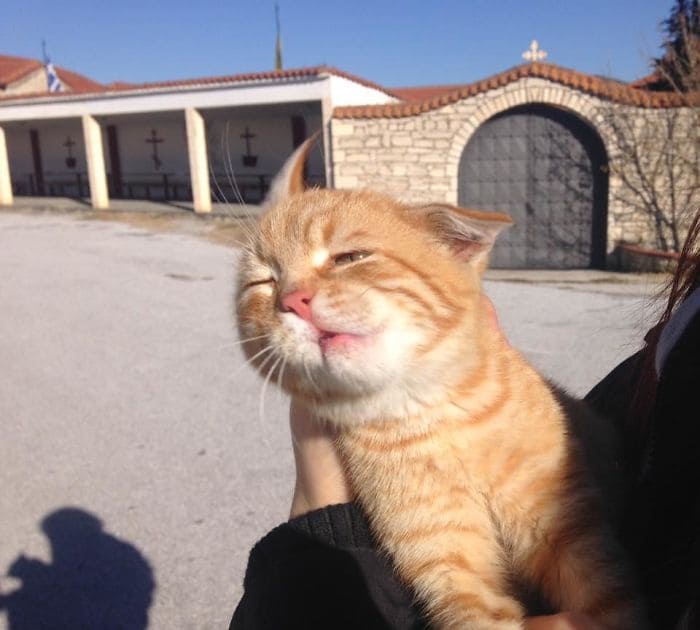 Black is really happy with the number of people that are part of this wonderful community. She is glad that there’s a source for everyone’s happiness. “We’ve had heaps of members say that seeing fun spots brightens their day. I love the group a lot.”

13. I have a new neighbor since the last few days. We’re thinking of moving in! 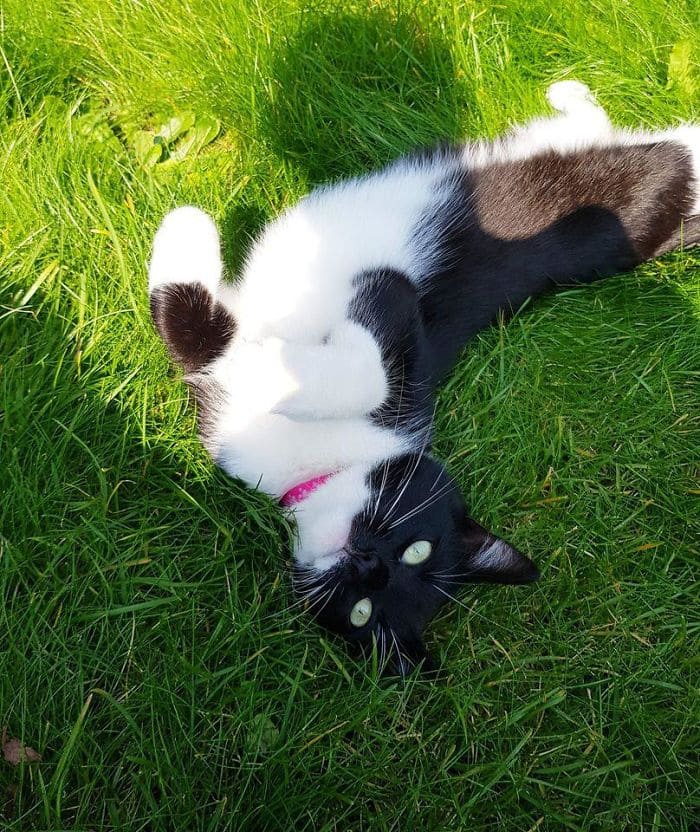 14. Came across this old guy today and decided to break social distancing rules for a head scratch. 11/10 would do it again 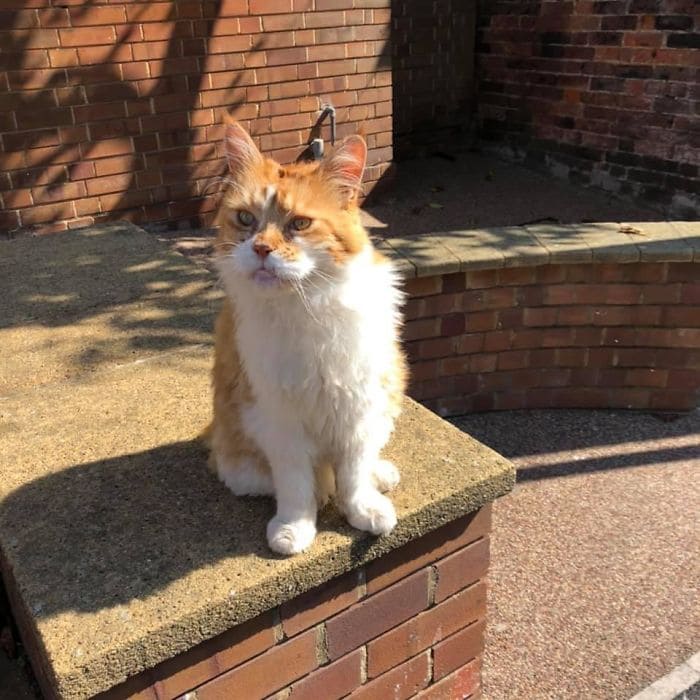 15. Spotted a new type of plant today. Super rare, a little reluctant to other animals, but loves a good head scratch. 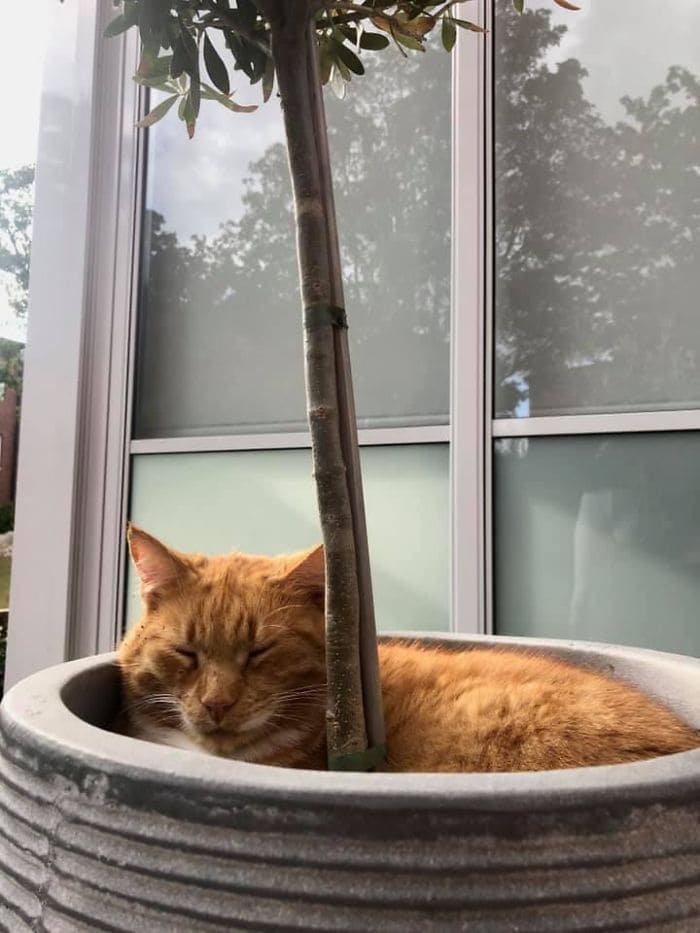 16. It’s not as smoky in The Bay Area these days, so when I ventured out for a walk, I saw these two buddies enjoying a lovely night out together 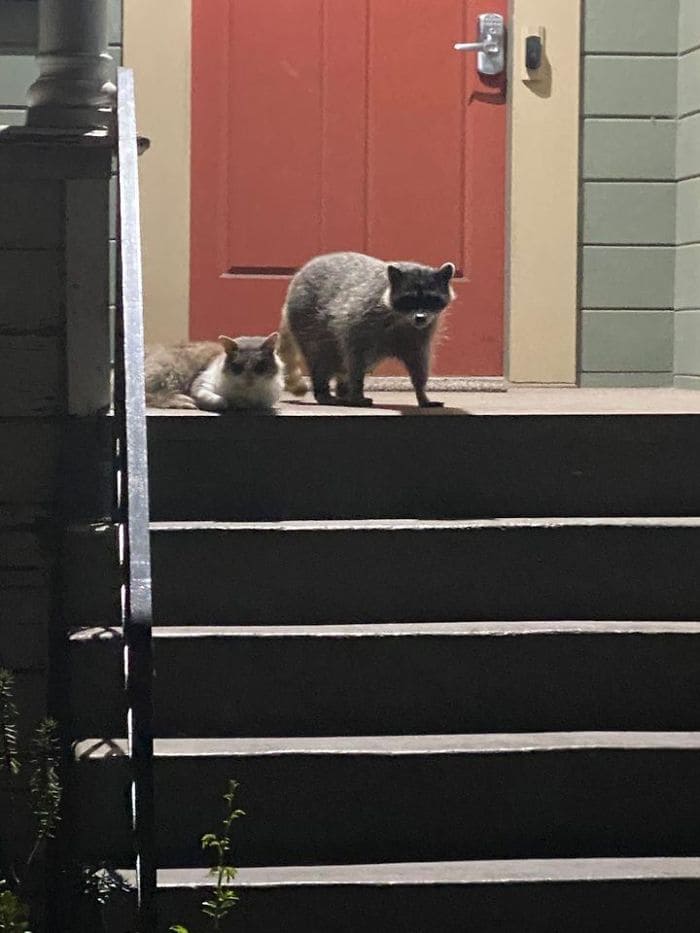 17. Who could be mad when their neighbor’s cat decides to make your bathroom their new home? Especially if it’s called Juno and it looks so adorable. 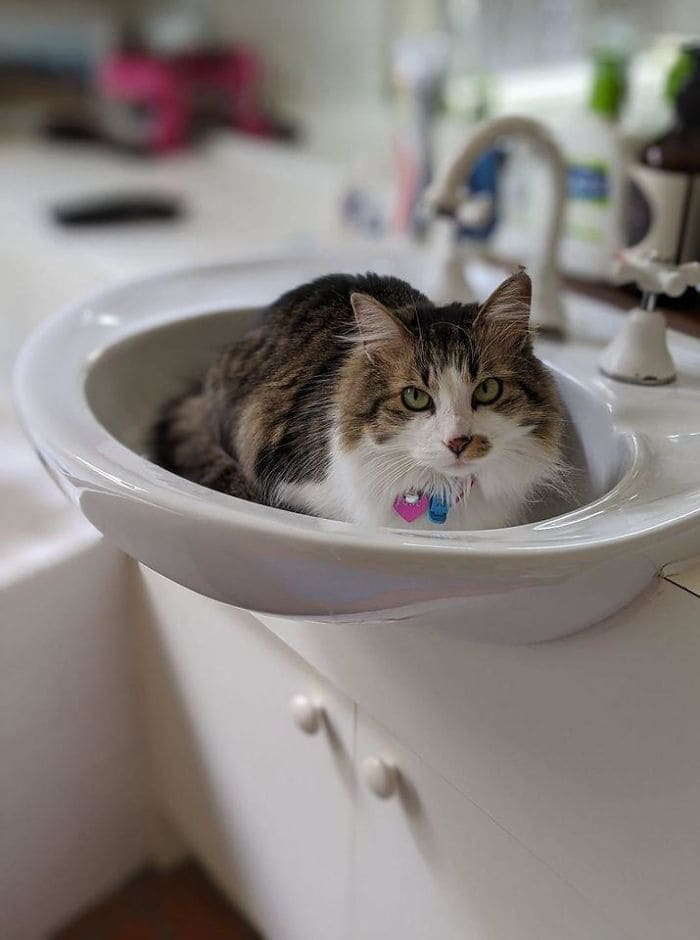 18. Mitzi is an adorable creature that hangs out with the security guards on my campus. Mitzi in Hebrew means Means Juice, so whenever any student posts about her on Facebook, it’s automatically translated to “Security Juice”. Presenting Security Juice, who enjoys a good belly rub. 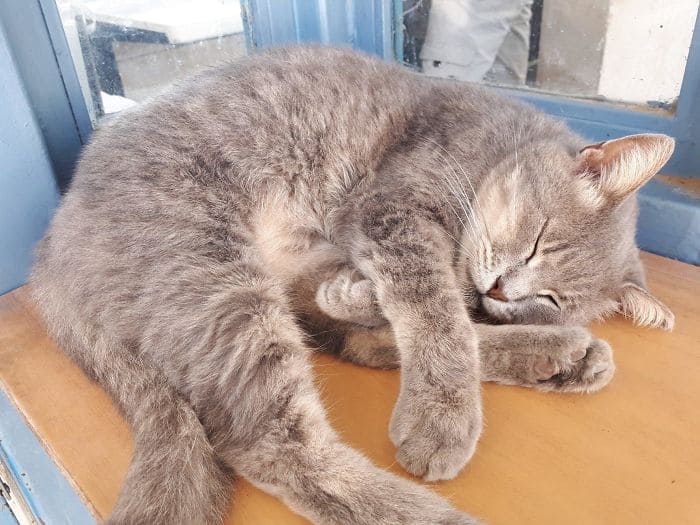 19. If there was ever a more glorious stairway picture taken. Presenting Ms. Diva ‘The Cat’.

20. My friend and I were out for a walk when we spotted this majestic fellow on the road, couldn’t resist giving it a belly rub 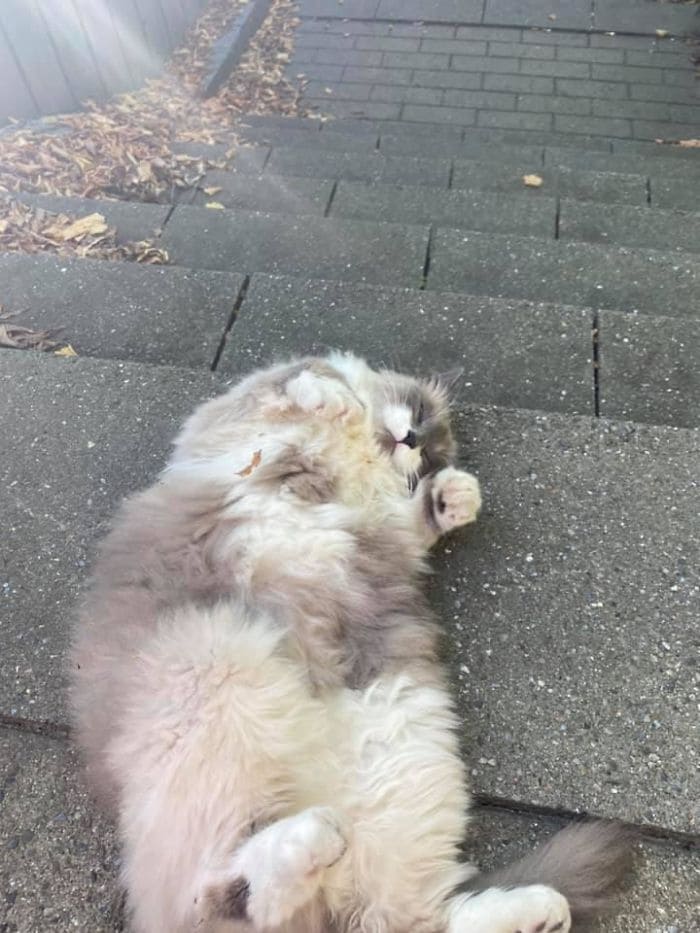 Every single one of these babies is cuter than the last and if it were up to me, all of these pictures would be going viral! We love it when the internet drools over these cute cattos and we can’t have enough of it! So you know where to go when you need your cat fix. Let us know in the comments below which one was your favorite!