While I fully support all vegan people and others who care for the environment, not everyone can do it either for health reasons or other undisclosed reasons. And while being a vegan is great for your health and environment, people usually choose to go vegan and aren’t typically forced into it. However, the same cannot be said for animals. We have heard a lot of stories where people feed their animals vegan food.

And while I am not an expert in this area, I do not generally think that this is okay. I am not going to dispute the fact that some animals can thrive with proper vegan food, carnivores were naturally meant to eat meat. Humans, on the other hand, are omnivores and we can stay healthy on either meat or plant-based food but animals can’t really consent to such a diet change. But some vegans still force their pets on vegan diets which ends up hurting them in the long run.

That is not the case in this particular story. And you can read it in their own words by scrolling below.

Right from the start, we can tell that they care about their kitty’s health which is great to see. 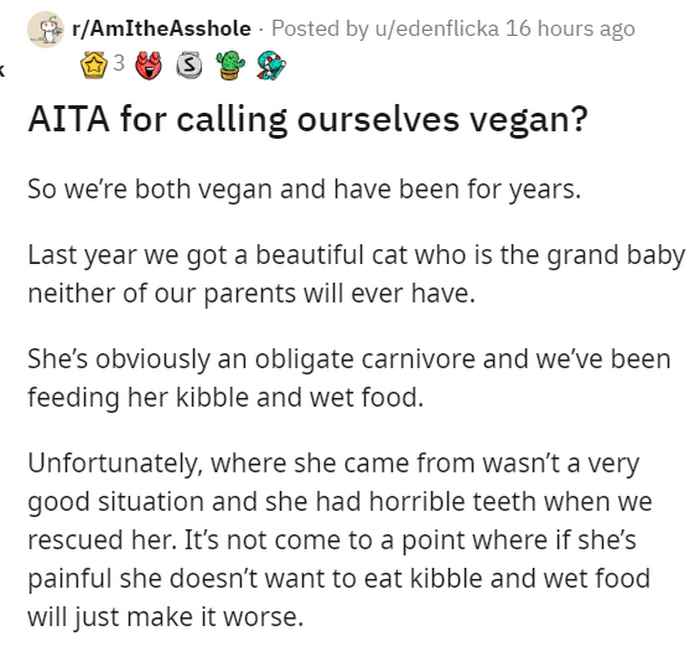 They were previously going with kibble and wet food but that wasn’t working out for her teeth so they switched to raw meat. 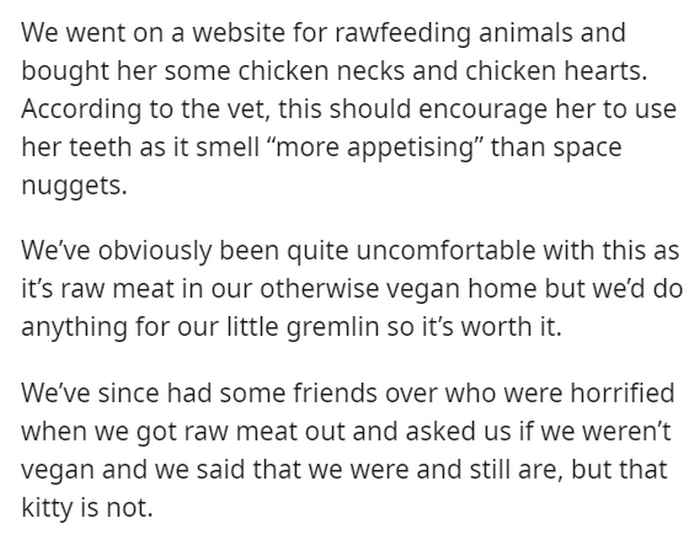 But their friends were less than happy when they saw the couple feeding their cat any sort of meat. 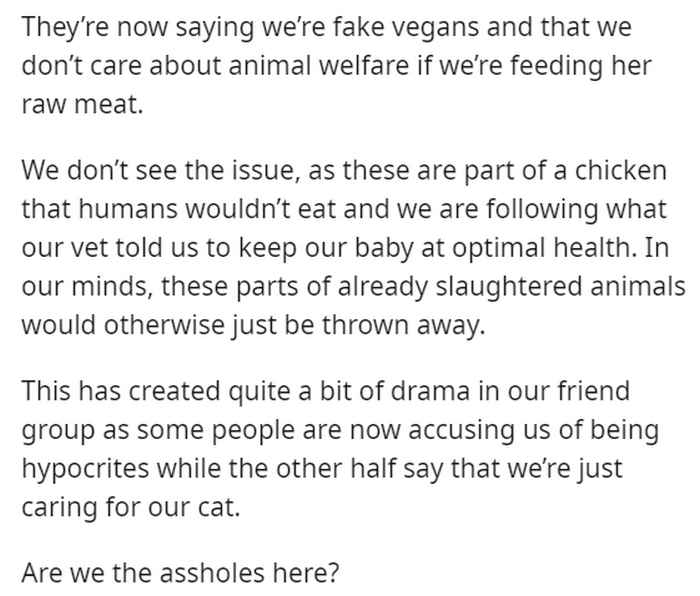 It is pretty clear that they wouldn’t have gone the raw meat route if they could help it. However, it was done because of their cat’s health and I appreciate that they were willing to do it. Their friends clearly do not care about the cat’s health if they are willing to cause such a commotion over meat. I understand that they are vegans but it is not hypocritical to feed an animal what it was meant to eat and people who say so are wrong. Every vet and field expert out there will tell you the same thing. It is great if you decided to be a vegan but please don’t force it on your pet.

And if you can’t see an animal eating any sort of meat or dairy product, just get a pet that only eats plant-based foods and your problem will be solved.

People in the comments were 100% on the couple’s side. 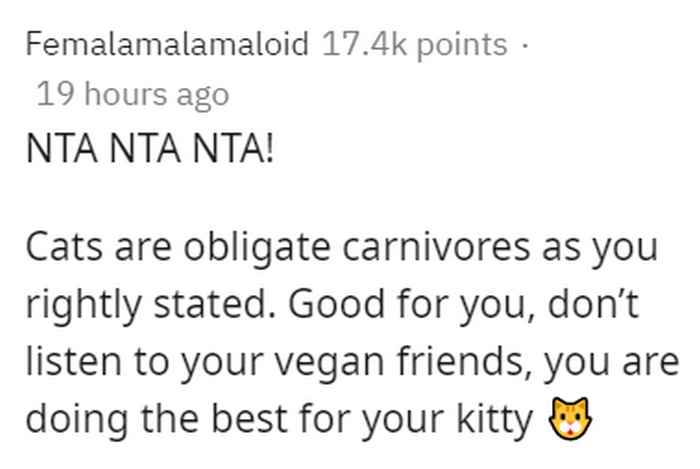 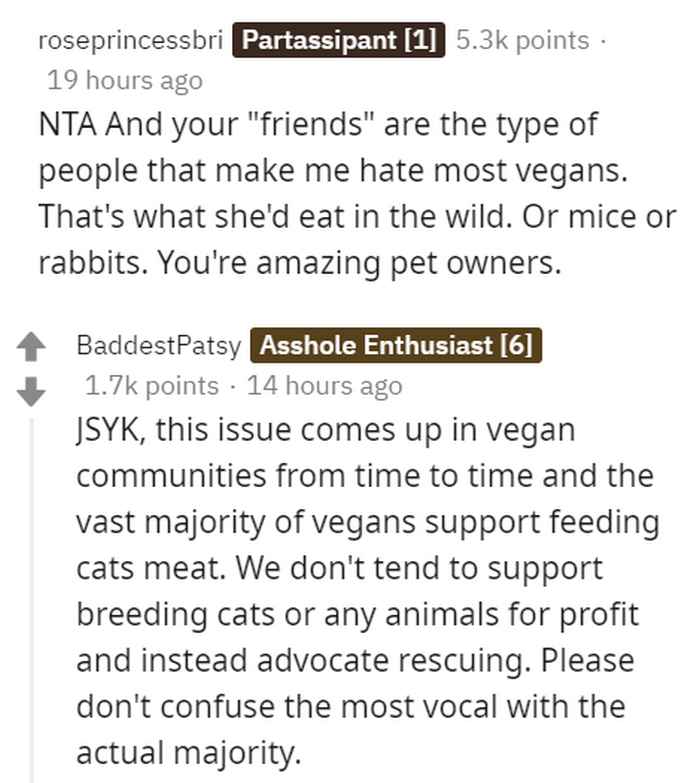 Cats are carnivores and you cannot change that. 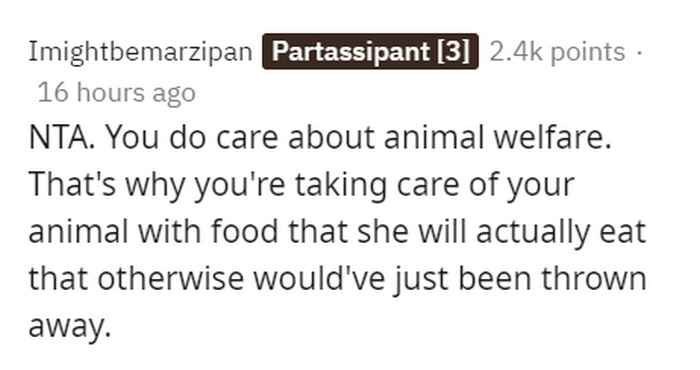 It is very simple but some people don’t see it that way.

What are your thoughts on this story? Do you think vegans shouldn’t handle meat at all even if it is for a carnivorous animal? Or do you think their friends are making a big deal out of it? Let us know in the comments below and don’t forget to share this story with your vegan friends so they can join in with their opinions as well.