Pets are one of those who only know how to look cute.

When you decide to adopt or buy a pet, a lot of thinking goes behind it. It’s not just a process of going and getting one, it’s like having a new baby. When it comes to pets, you really want to teach them rules and tricks, get them familiarized with routines, and basically make them look cool. It does take some effort but there are specialists who say you can teach your pets some good tricks and rules, it is possible. But still, being how mischievous and full surprise pets are, it is not guaranteed that they will always follow all the rules they are taught.

There is one thing that all the pet animals of the world can effortlessly do, and that is to look extremely adorable and cute. You know how we often say “Wow, you are so photogenic.” or “You don’t even have to pose”. That is the case with all of the animals. They look good no matter what they are doing. Some even make pooping look cute. But coming back to our topic of pets not always following rules, imagine combining their adorableness with that. Hmm, I wonder how would that result look like.

Let’s look at some pet animals failing to follow the rules they were taught, yet looking so majestic and adorable in the process. 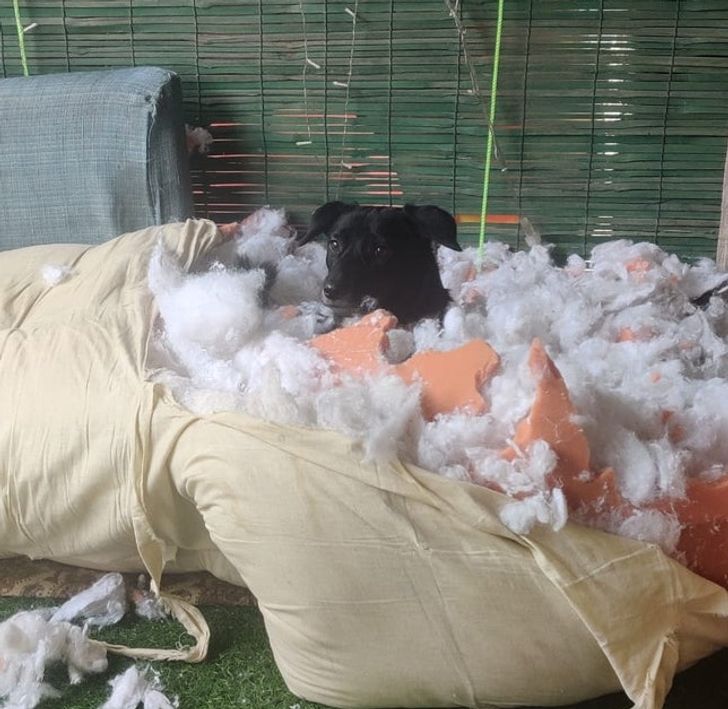 2. “The most efficient way to get white fur over all your black clothes.” 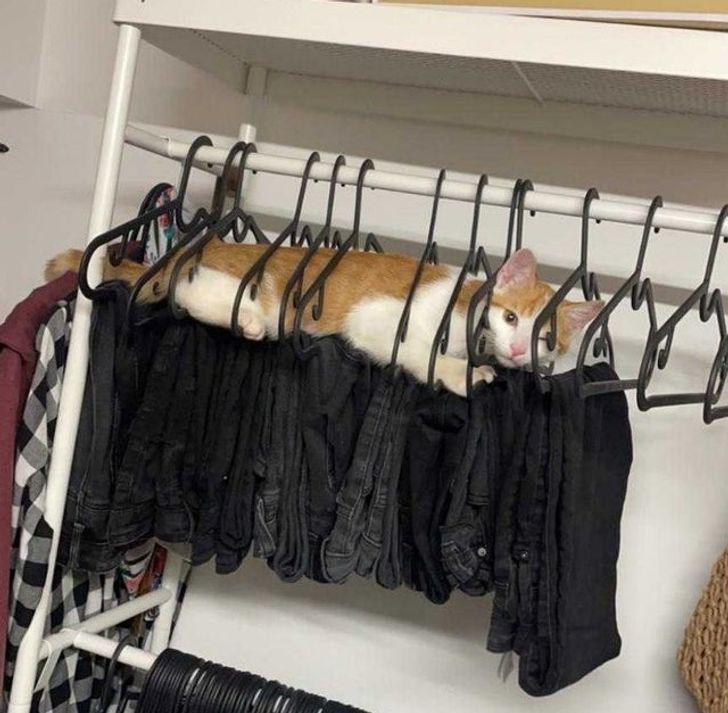 3. “Game of Monopoly got interrupted.” 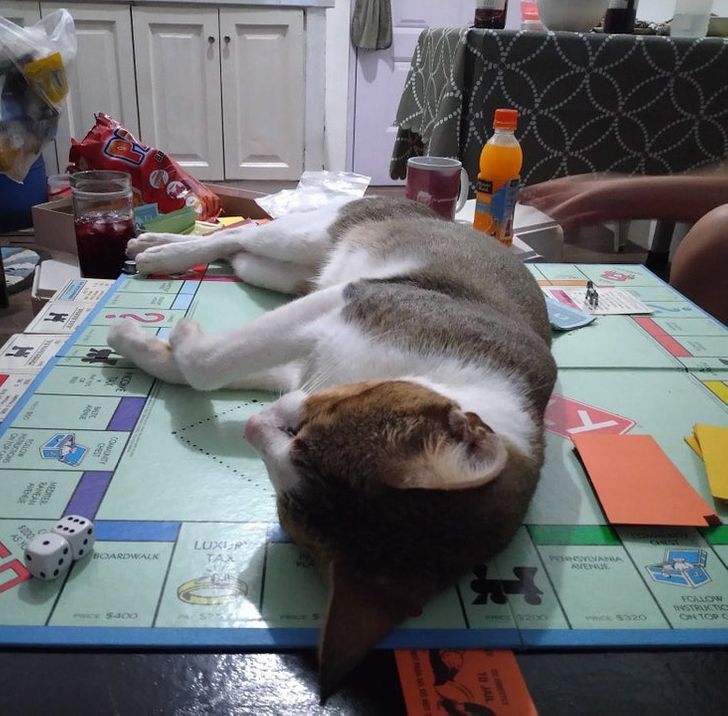 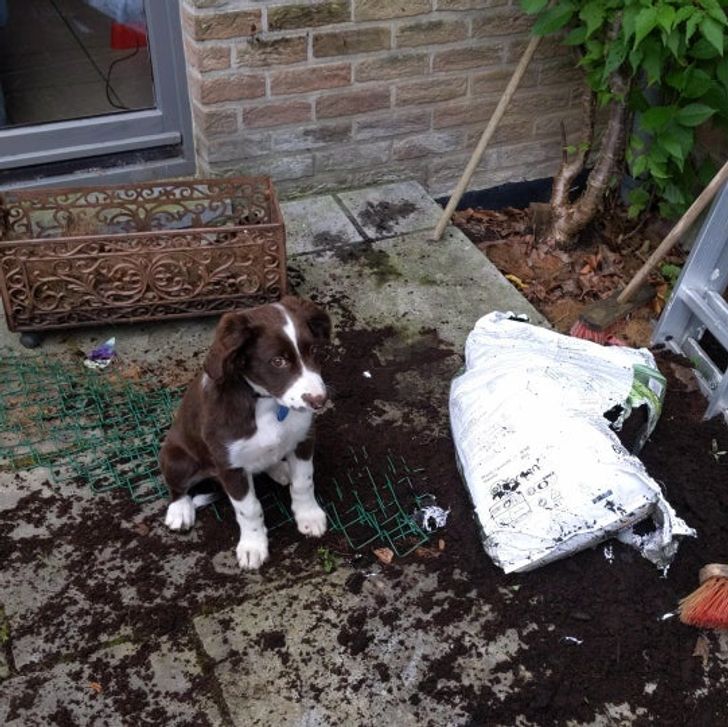 5. “We should’ve named him ‘FOMO,’ not ‘Tito,’ for jumping the baby gate repeatedly while we leveled the floors.” 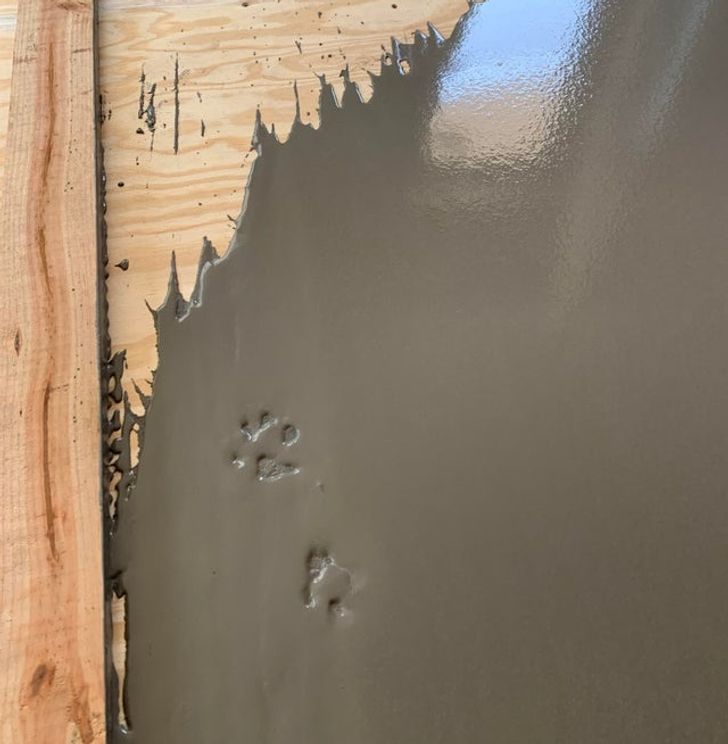 6. “He likes to lay in front of the cat door and bite his siblings as they try to walk through it.” 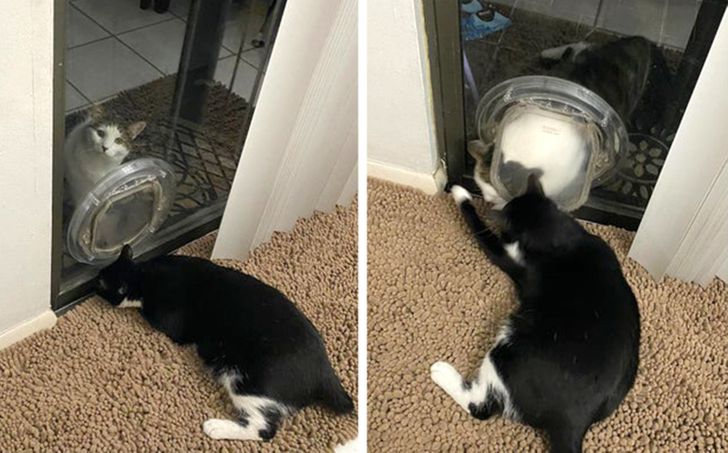 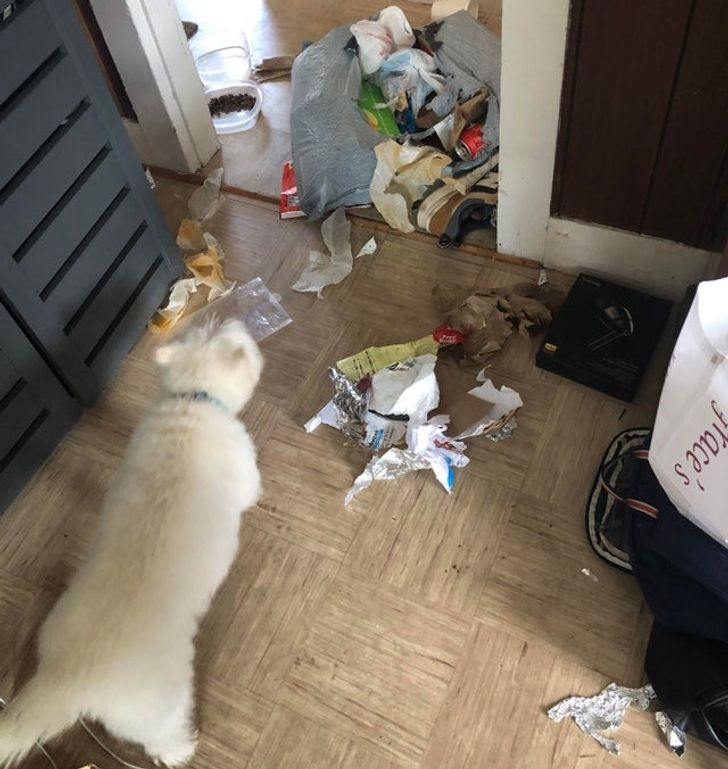 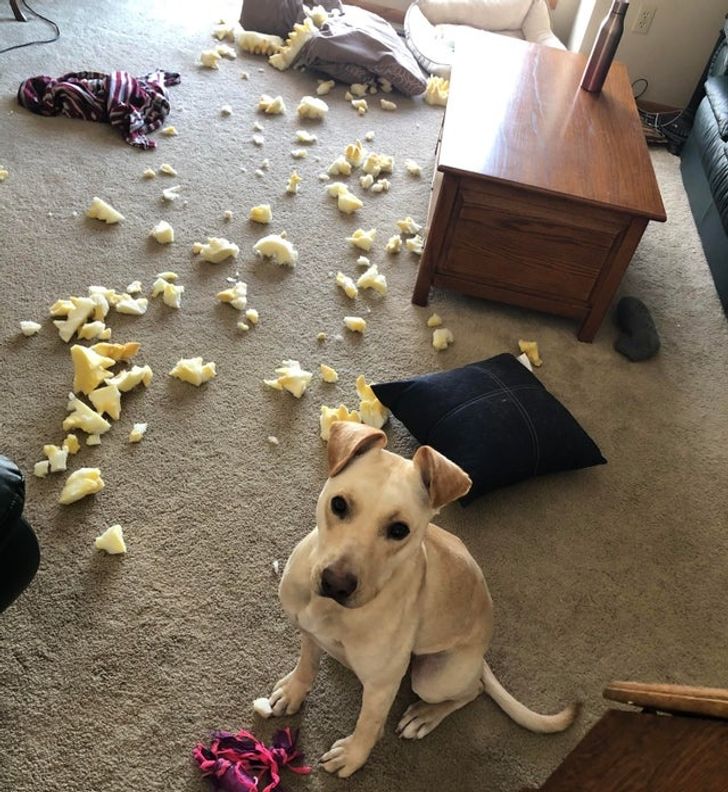 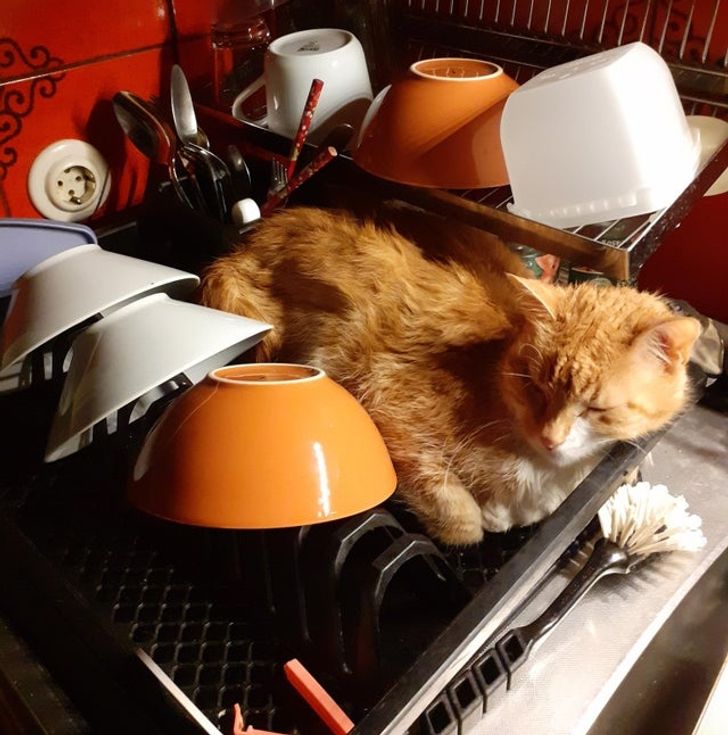 See, this has actually put in a sort of a dilemma. Is rule-breaking okay when you have the ability to make this cute face? Like, I feel like these animals fully realize the errors they have made or are about to make but they also realize that the one trick they are masters of, which is “adorableness”, will help them get away with everything. If that’s what they think, they are absolutely correct.

Let’s look at some more evidence to see if we can conclude it is okay for pets to break house rules.

10. “I tied the bag full of litter, ran to grab a sturdier bag, then heard a loud thunk and digging sound… Plus, I just shampooed the carpet earlier…” 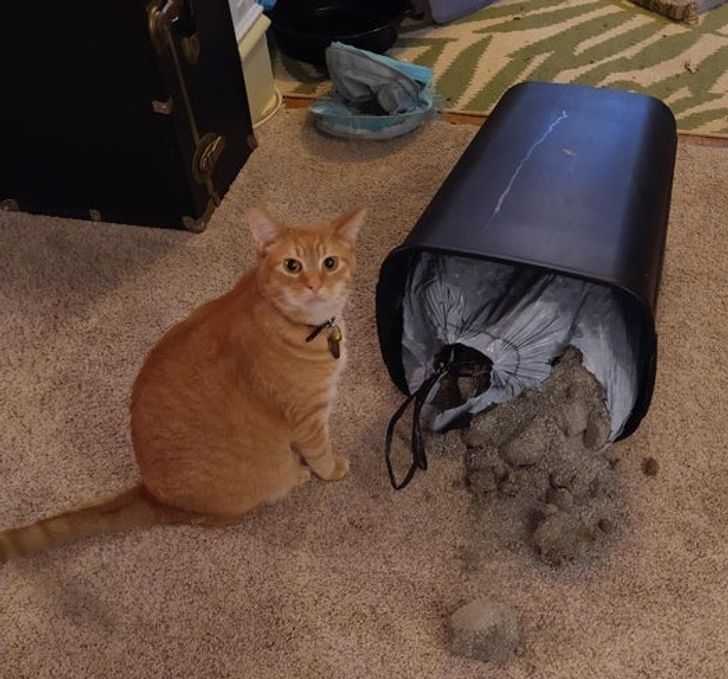 11. “My dog’s new bed is memory foam. He’s realized my fiancé’s pillow is made of the same thing so now he thinks he has a second bed…” 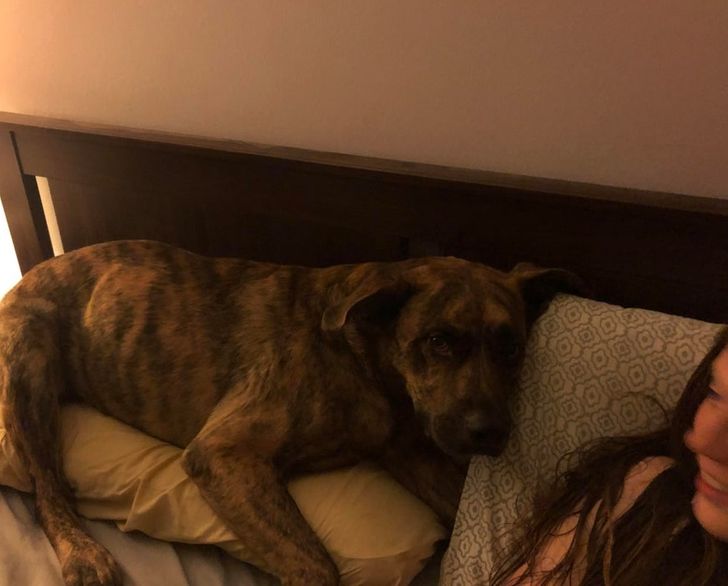 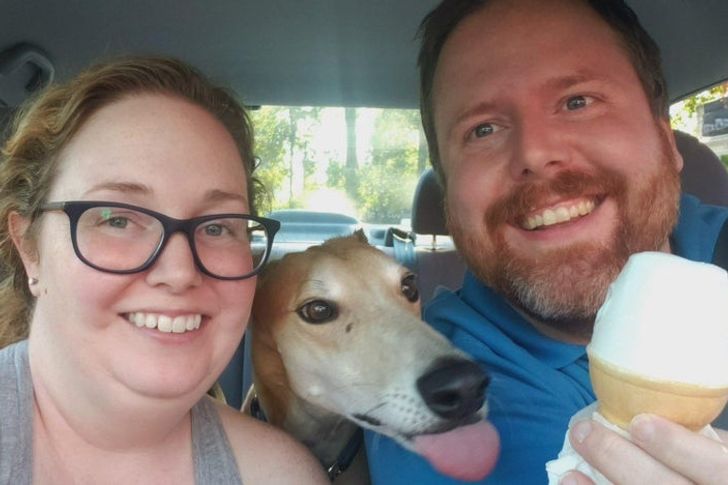 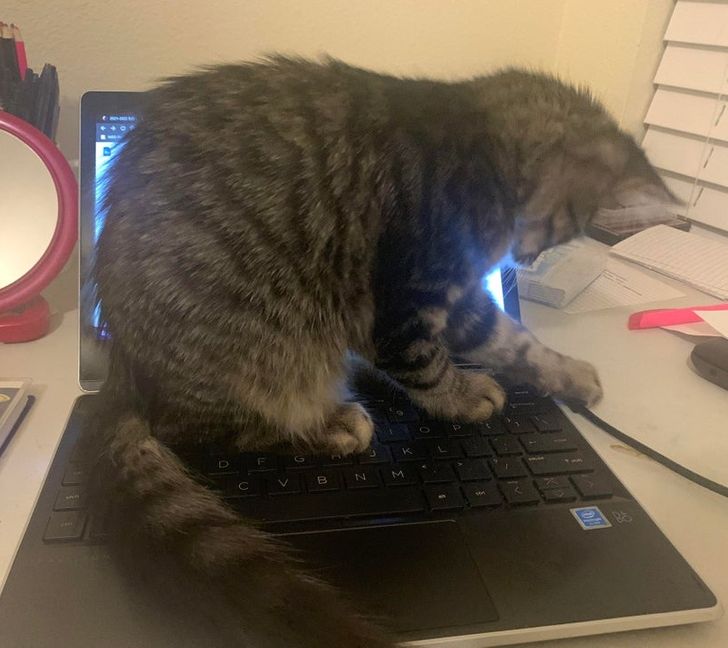 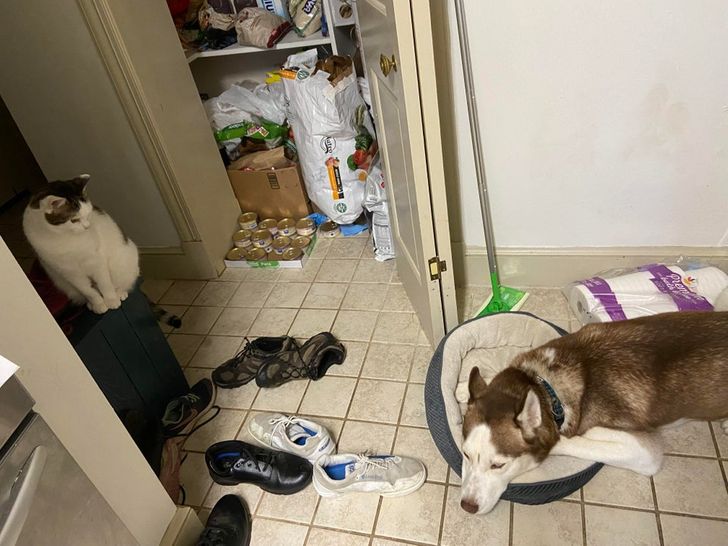 15. “I told him to stay inside and I turn around and see him like this.” 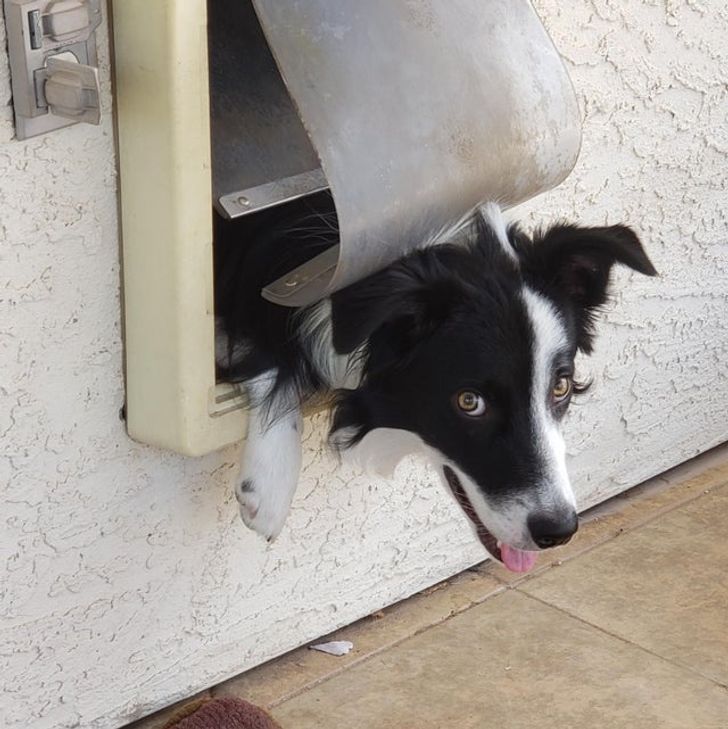 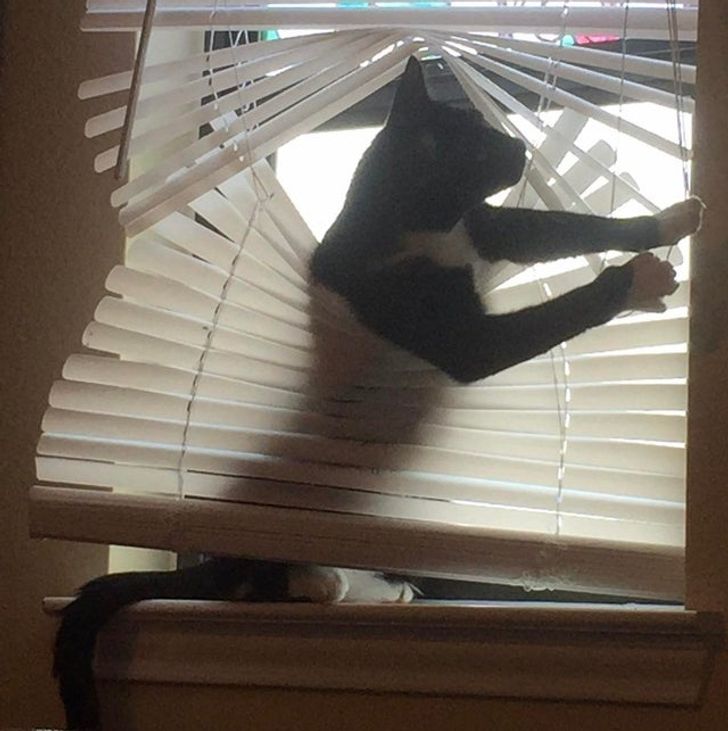 17. “Here, let me open that for you while you’re out running errands.” 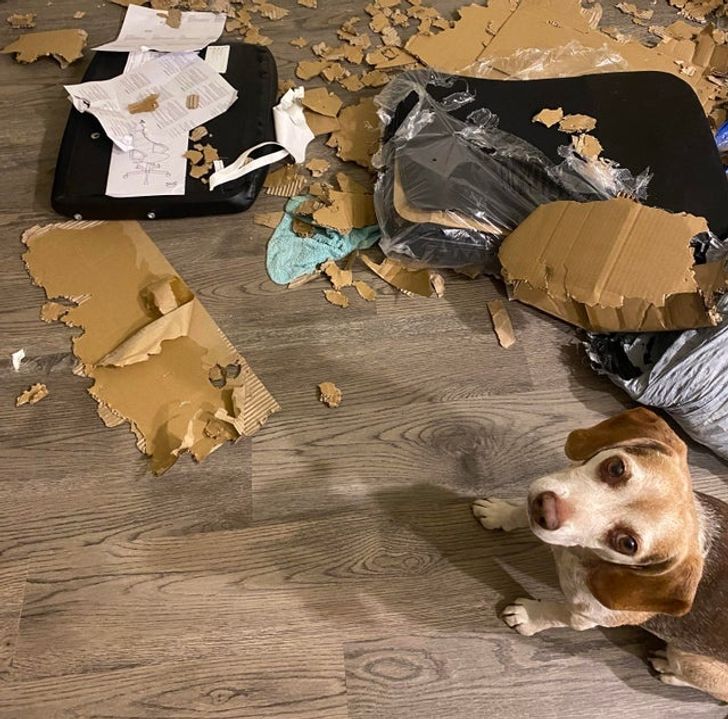 18. “My dog is patiently waiting for the dominant cat to eat.” 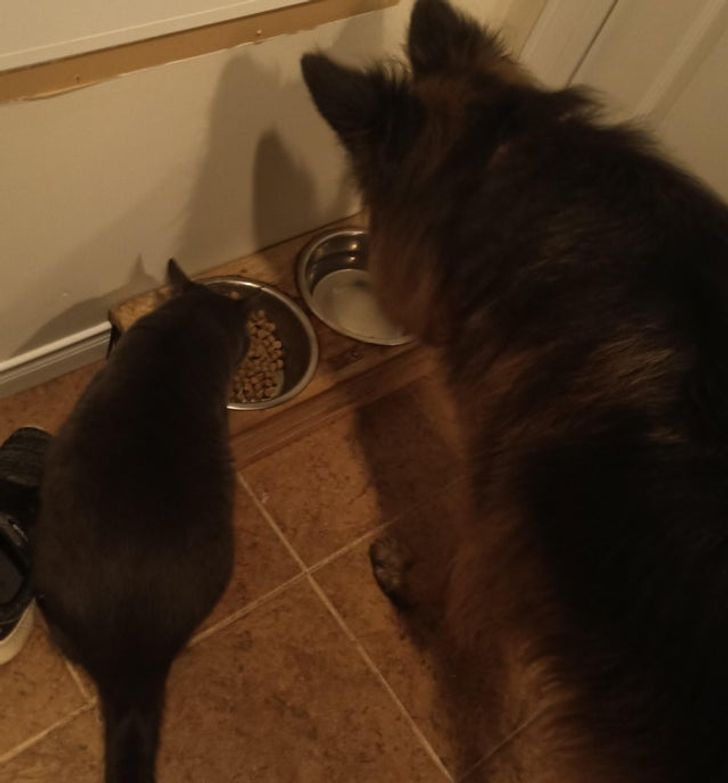 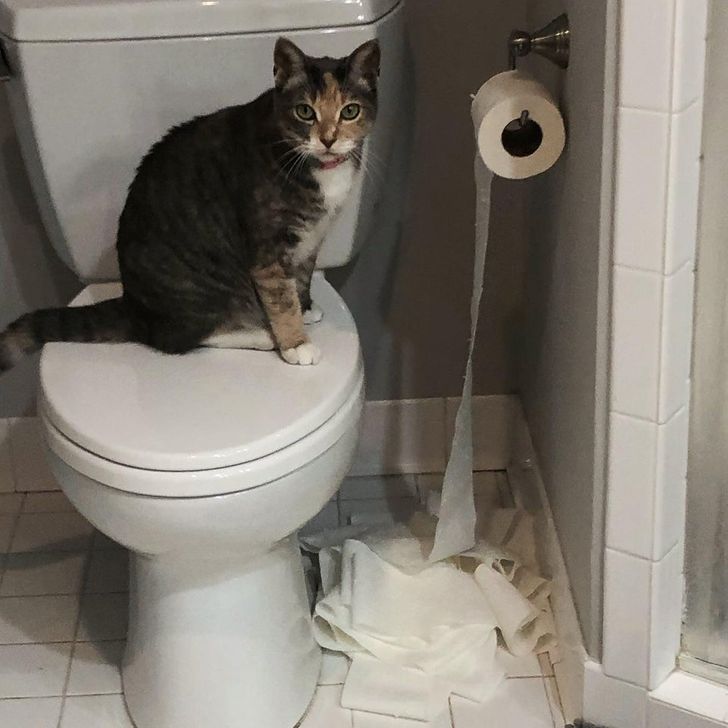 These adorbs are free of any charges. I love them all and its absolutely okay if they make messes. What do you guys think? Share your thoughts in the comments section down below.