Cats are definitely one of the more peculiar animals you can have. Despite how everyone loves them across the entirety of the internet, it’s possible to very much not be in love with them. In fact, it’s becoming more and more common to be either an exceptional cat lover or a passionate cat hater. You’re usually in the latter because you believe that cats aren’t that capable of affection the way dogs and other animals are.

To which I say, nay. Because cats are more than capable of showing their affection to you, they just do it in ways we don’t completely understand. After all, we don’t speak cat. What makes the entire ordeal even more confusing is that cats don’t recognise human beings as a separate species but rather large, hairless cats themselves. Just look at how they treat us! 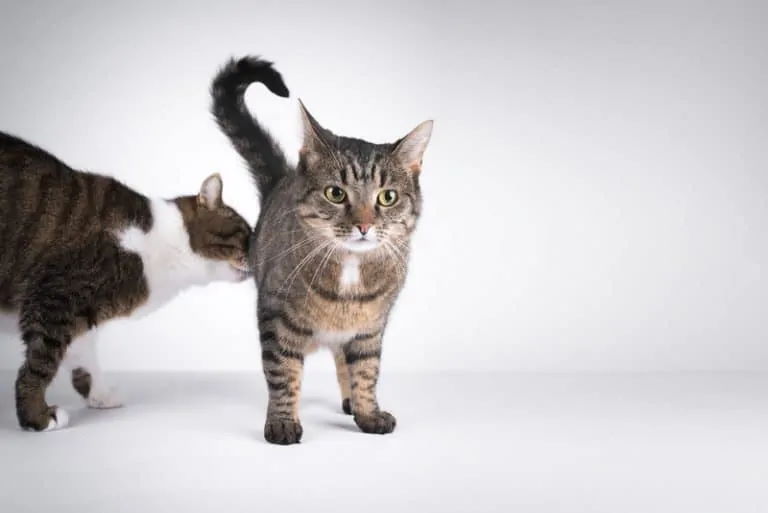 It’s unfortunately really common for cats to randomly present their posterior to you, whether it’s during a petting session or for no reason at all. Mooning someone is hardly an appropriate or even polite behaviour in human society, but for cats, it’s quite different. See, cats are predators, and really good ones at that, and for them to turn their back on someone means showing them vulnerability and weakness. The only time a predator would do something like that is when they trust the creature they’re turning their back on. So keep that in mind, buttholes mean love! 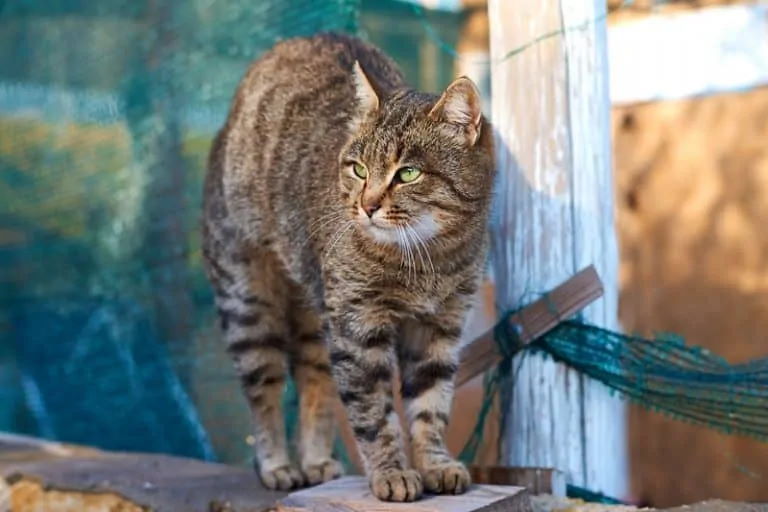 Under normal circumstances, a cat arching their back is not a good sign. It means they’re afraid or uncomfortable, and getting ready to pounce, but when you’re petting them, the reason they arch their backs is to push themselves further into your hands. It’s like when you find someplace warm, you want to bury yourself deep into that warmth. It’s a similar concept. Give them a source of affection and the cats immediately want to bury themselves into that affection like their lives depend on it.

#3 Rolling onto their backs 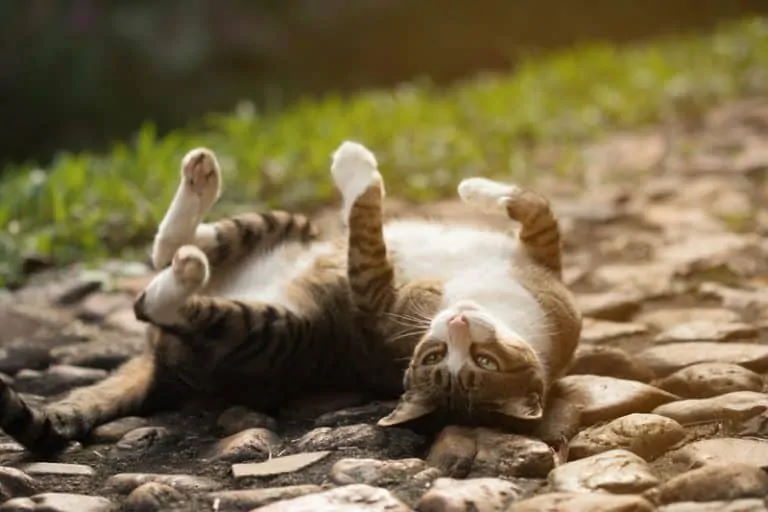 The reason why this is an affectionate sign is pretty much the same reason why #1 is. It’s because for a powerful hunter and genetic predator, lying down and showing someone the soft part of their belly is a sign of vulnerability. Their bellies do not have any protection and have all of their vital organs. In nature, for a predator to show someone their belly, it’s a sign of servitude and weakness, but in a domestic environment, a cat would only show you its belly if it loves you. 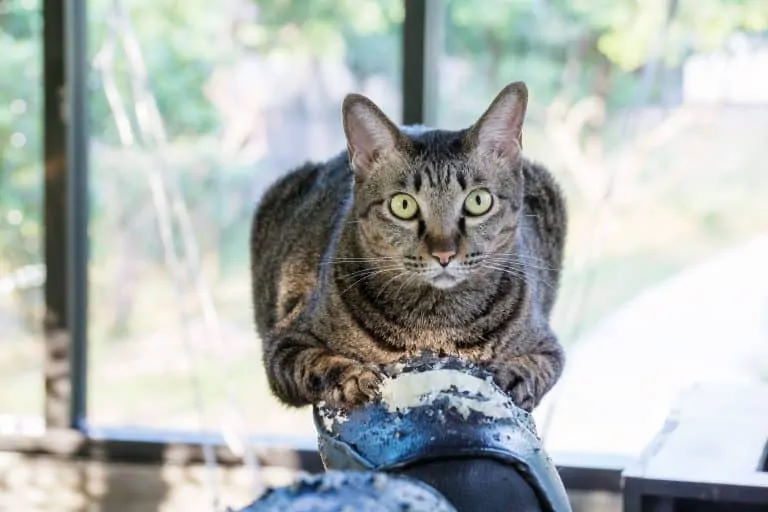 Highly possessive, the predator known as the common house cat is obsessed with scent. And the reason it scratches surfaces, especially furniture, is to pick up on the scent you left behind. Sure, the results aren’t that great, but the intent is nice. When scratching surfaces, they’re either trying to pick up your scent to make it a part of their own, or laying down their scent to mark you as theirs. It’s a way to show possession and admiration and love. It’s their way of saying “You’re mine now”. 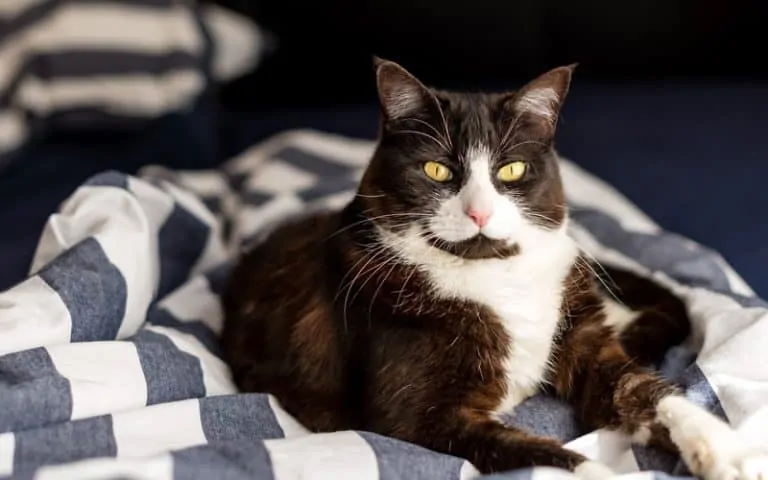 Much like scratching, a cat climbs into your bed to surround itself with your scent. It also leaves its own scent on the bed so the next time you sleep in it, you wake up smelling like a cat. This is important for two reasons, one for the cat itself to know that you’re friendly and it can be comfortable around you. And the second thing is so that you can’t go outside and meet other cats behind its back without them also knowing that you’re spoken for. In many ways, I suppose a cat is like a girlfriend. 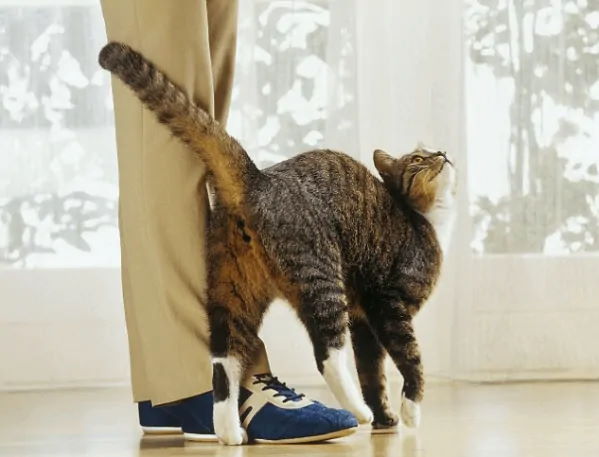 A cat’s tail is like a mood ring. You can tell a lot about how it’s feeling by judging how it looks. If it’s straight up, the cat is cautious, if it’s straight up and fluffy, then it is scared. If it’s wrapped around you, that’s your cat’s way of showing love and affection. I promise they don’t intend to trip you by wrapping their tail around your leg, and it’s probably a complete and total accident. If they truly meant to do that, they would probably jump into your feet when you least expect it, and cats don’t do that… Right? 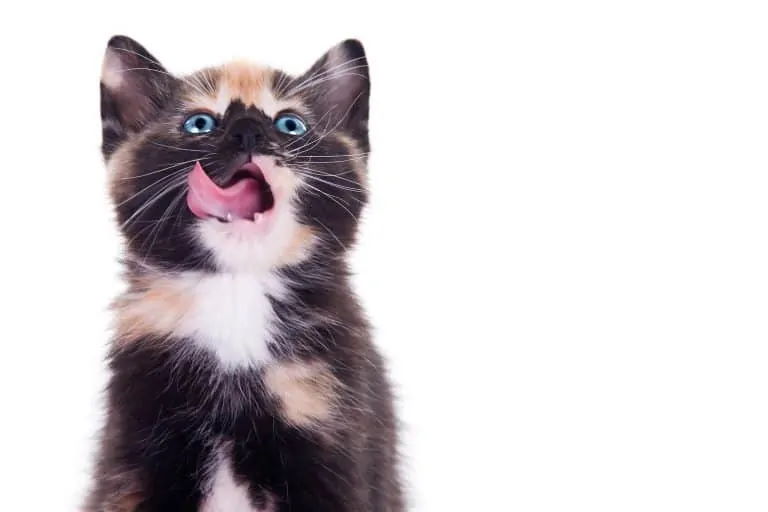 Cats can’t taste if things are sweet, so giving them sugar is like giving them chalk. So, when they lick you, it’s not like they’re trying to figure out if you taste good so they can murder you in your sleep, it’s actually something called social grooming. Remember early on in this post when I said that cats recognise human beings as larger cats? Social grooming is a cats way to keep another cat protected and loved. It happens a lot when cats cohabitate, it’s their way of looking after them. But try not to lick them back, because you’ll just get awful taste and lots of hair.

The animal behavior manager at Operation Kindness, Karen Reese, says, “Cats that love you will put their tail straight up in the air with a hook on the end (like a candy cane). They may vibrate their tail when they see you indicating their excitement.” This might look a lot like they’re spraying, but it’s actually far more sincere. The tails are still mood rings, and these vibrations are literally them being so happy to see you that they can’t hold it in at all.