With the rise in BLM due to recent events of a certain officer kneeling on a certain black man’s neck, there has also been a serious backlash from the tag. Since Black Lives Matter is pro-black, the automatic response is often that BLM is anti-everything else. Just like Christmas isn’t anti-non-christian holidays, BLM is not about anything but black lives and the problems inherent in existing society about it.

So she took to Facebook. Being Pro Black isn’t just for black lives, it’s for everyone affected by black people. If you’re in an interracial marriage, if your coworker is black, if your friend is black, then you are being affected by proxy of them. That’s why this woman’s story is so significant. She tells us how it is, and it went viral on Facebook with hundreds of thousands of likes and shares. 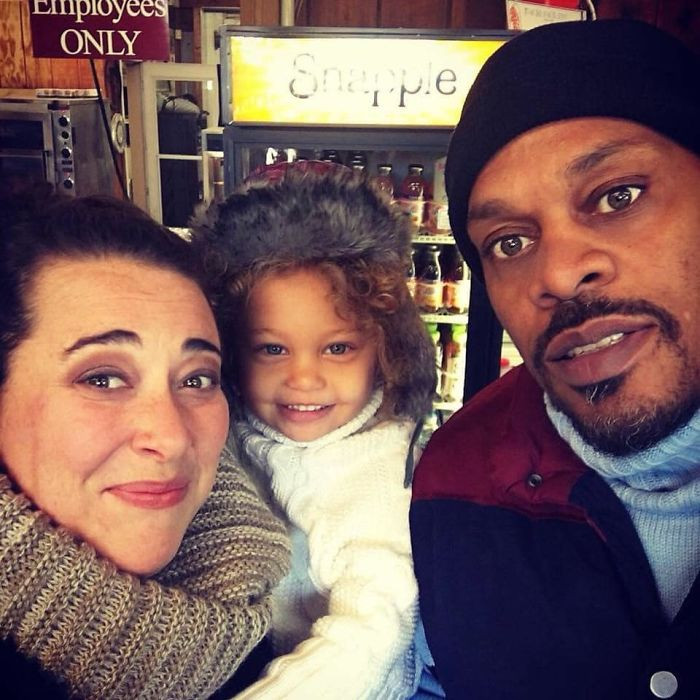 #4 She handles the talking mostly.

#6 Husband talks to everyone.

#7 Receipts is ready for any racists.

#9 Thankfully one church took them in.

#11 Saying hello to their daughter. 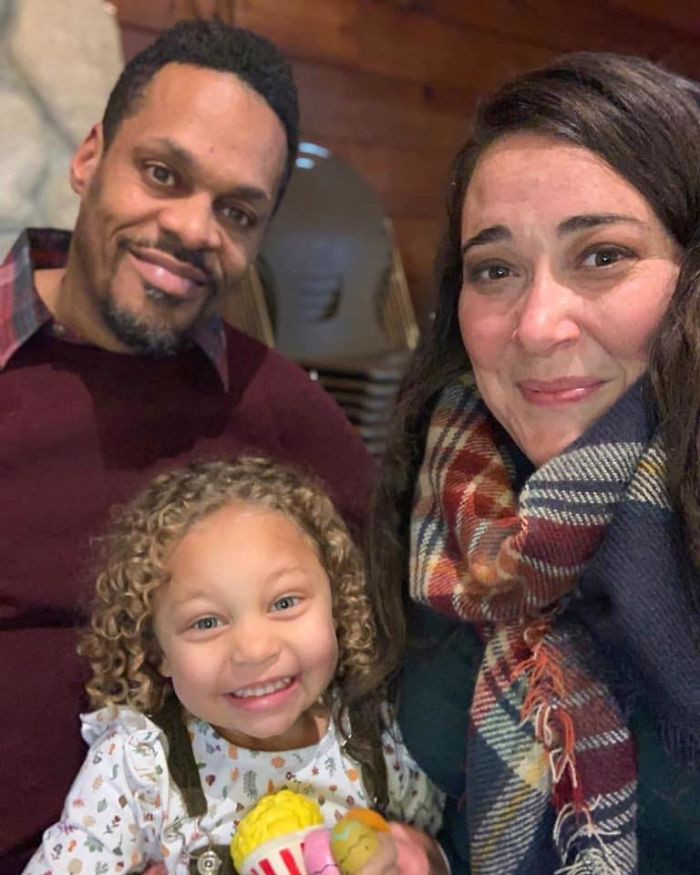 #15 Father takes his daughter to the park.

#16 Not looking for sympathy. 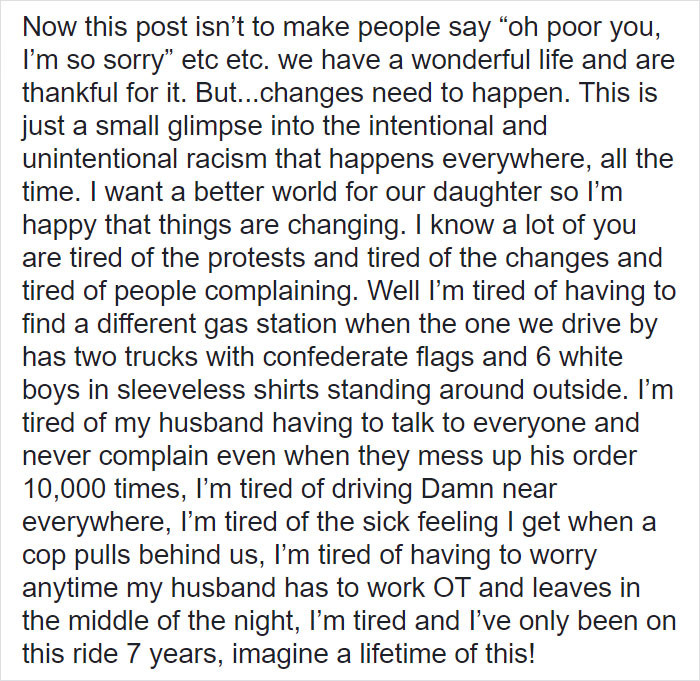 #17 Edited to included their pictures. 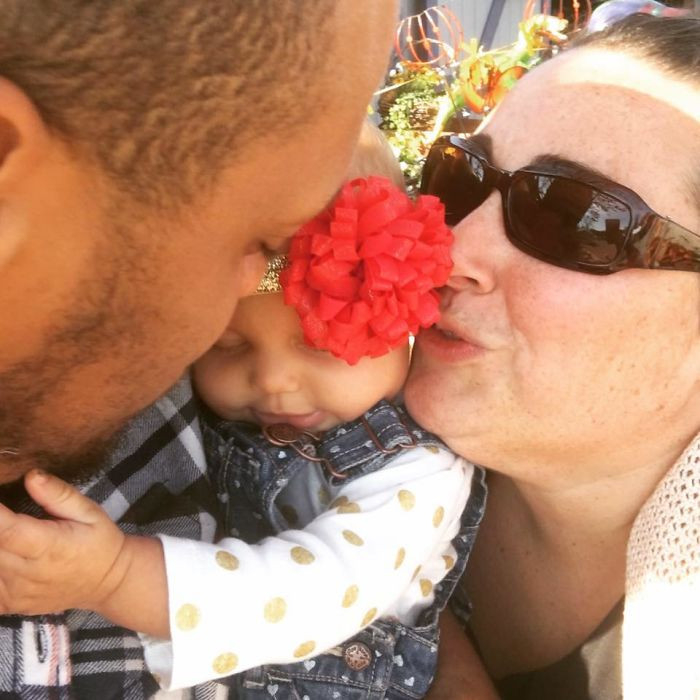 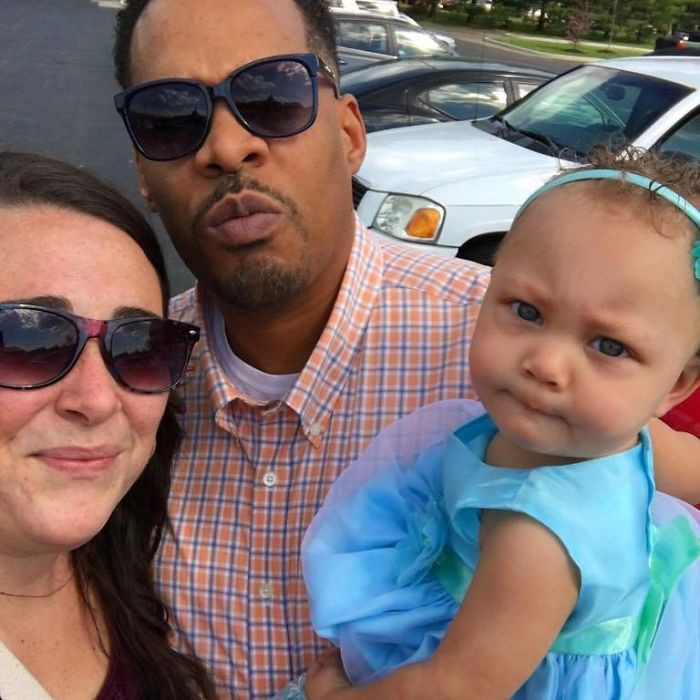 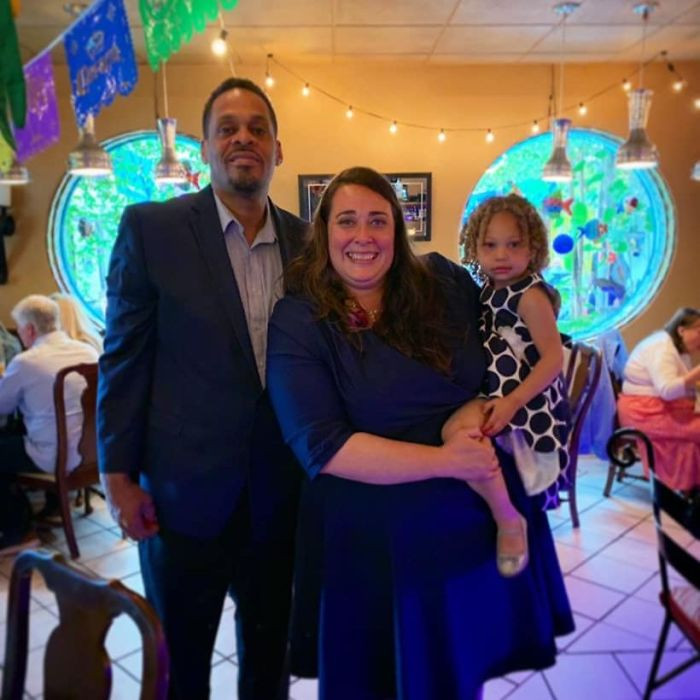 #26 This makes me sick too Clingo.

I am almost 63 years old and have been in interracial relationships since I was 18. And the racism goes both ways. When I first married I moved into an all black community and was accepted for the most part. But there was The Whispers And The stares from people right there in the community. There were remarks made but I carried myself with pride and dignity I held my head up and just ignored the racial slurs. I also had biracial children but by the time they were born I was living in a white community and we had our troubles there also with the stares and the racial remarks. I taught my kids you are a child of God. I also taught them it’s not what you’re called it’s what you answer to. Be proud of yourself for the wonderful qualities you have and be kind and caring. When people ask them about their race they would say they’re from the human race. I understand that there are still ignorant prejudiced racist people. However, as white women that fell in love with a black men you have to be strong especially when you have biracial children. Overcome the ignorance by being Who You Are hold your head up high and continue on. You and your family are in my thoughts and prayers. Just remember that when you look at a flower Garden the most beautiful gardens have a variety of flowers with all different colors. So enjoy and live your lives As Americans and remember it doesn’t matter what color a person is on the outside it’s what kind of spirit they have on the inside. We all bleed red blood. And some of the bigots if they’ve had a blood transfusion or we’re giving blood they don’t know if it’s a white person’s blood or a black person’s blood or Chinese or Mexican or whatever. God made us all and he loved us enough to sacrifice his son for all of us.

What about you? What do you think? Tell us down in the comments.