I know that when we were kids, we basically didn’t have any kind of privacy and most parents would invade it willy-nilly. But as a person grows up, their privacy can be very important. And in recent days, many people have become quite vary of social media apps and their phones so they try their best to safeguard themselves so that they do not get into any problems. While I understand that these apps are inherently known for invading privacy and sharing things with everyone, we would still feel awful if we found out our supposed friend had put a tracking device on us.

Now, that is what happened in this particular story. To be clear, this guy didn’t put an actual tracking device on the girl, he basically just used Snapchat to do that for him but it still sounds like abhorrent behavior to me. I understand that sometimes pranks can go a bit too far for some people but this wasn’t even funny so I don’t know how this guy could call this a joke. This story is a weird one right from the start.

And you can read the whole story and how it happened by scrolling below.

This is going to be a long story but first, we need to understand how it all started. 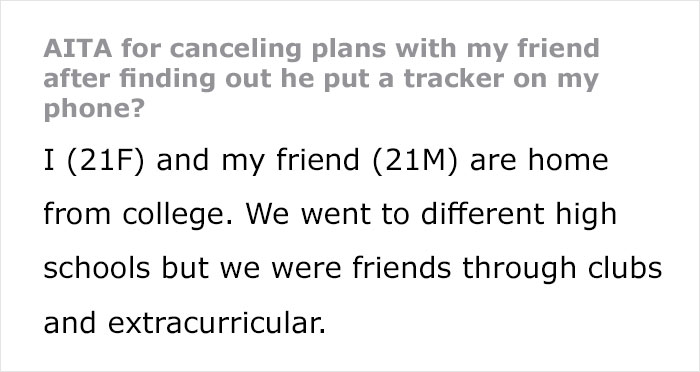 They weren’t the best of friends.

However, they knew each other from their college days and were decently good friends.

As she mentions, she was quite close to him in a way.

But that is when things took a turn. 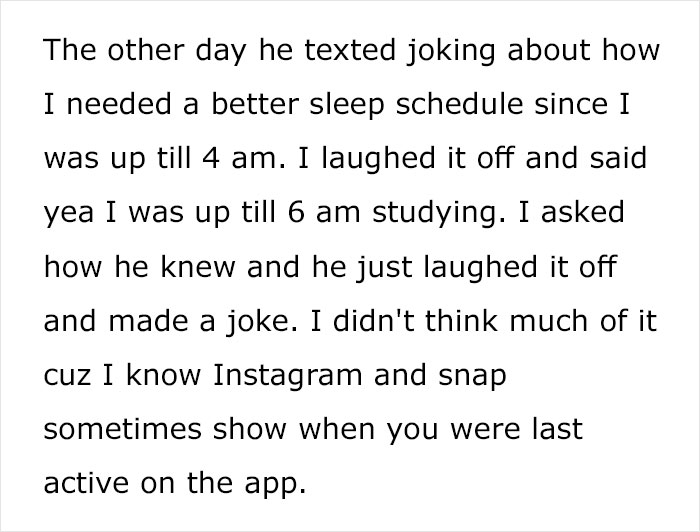 He randomly messages her some things that he shouldn’t have known out of the blue.

Now, she was quite weirded out by this as would everyone be in her position.

But he just kept joking and didn’t take anything seriously until she found out he had disabled ghost mode on snapchat. 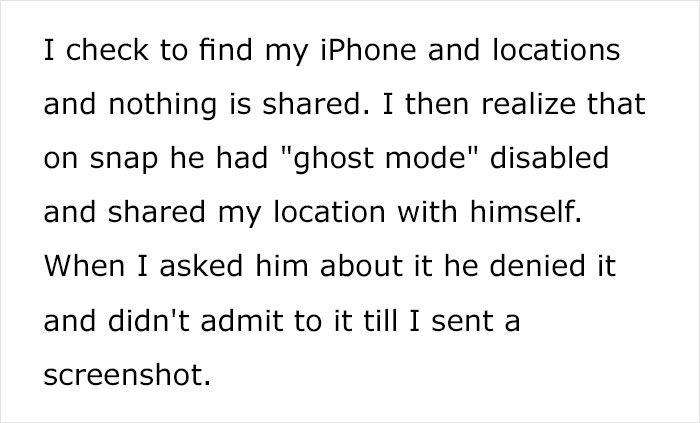 He denied it at first until she shared proof with him.

Her friend was even weirded out but she laughed it off as a prank as well. 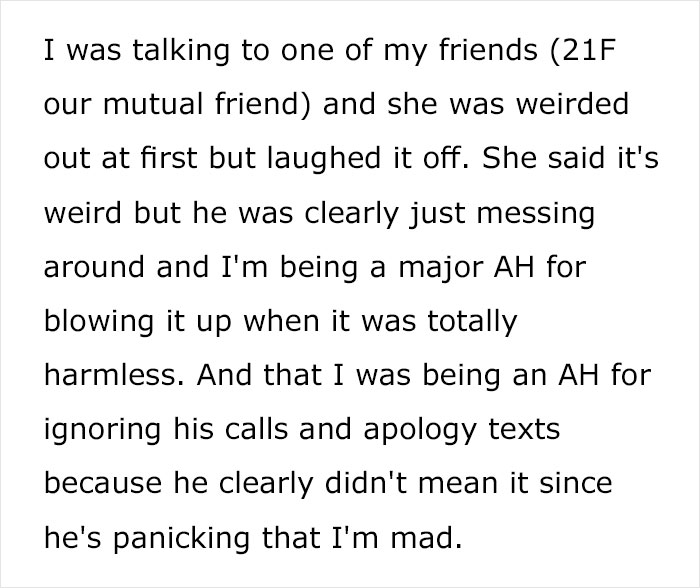 Now he has apologized for it a bunch of times but this is all just way too creepy.

She then went on to get her phone checked to see if anything else was amiss. 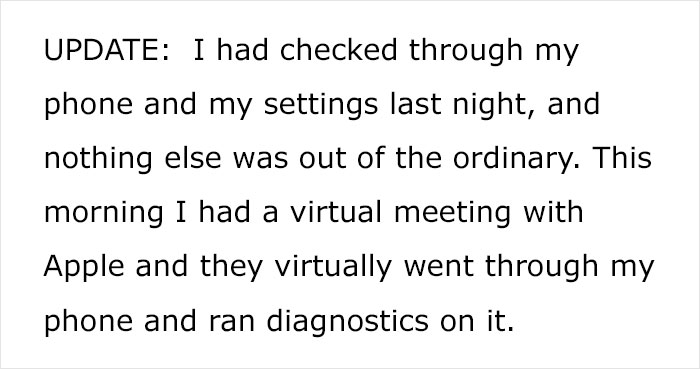 Everything was fine with her phone other than Snapchat.

And the techs reassured her that he couldn’t have downloaded malware to her phone without a computer. 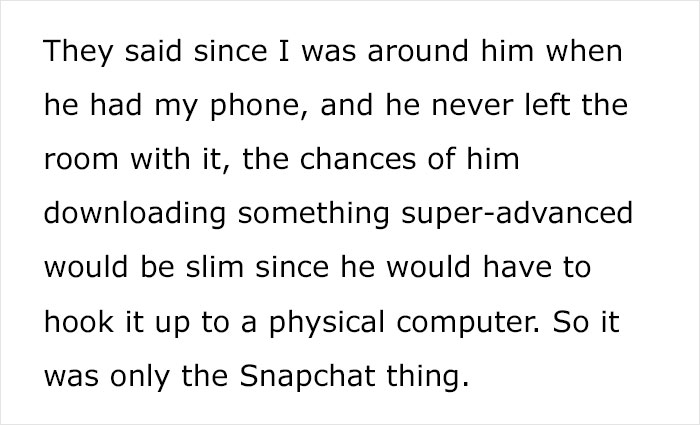 She also realized that he could see her battery life because of the location sharing as well. 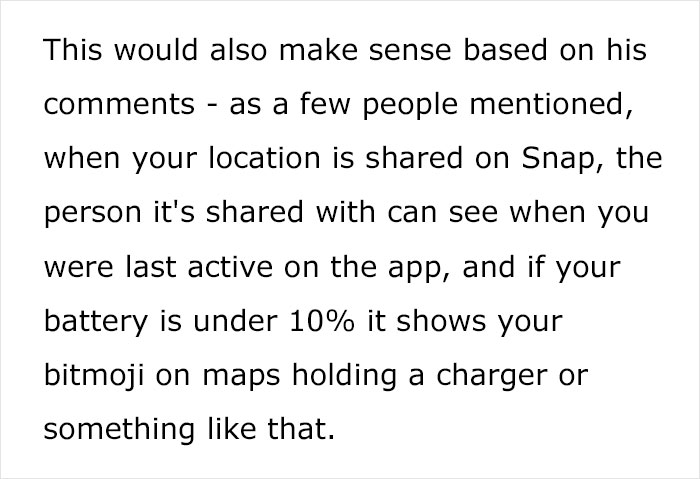 Now, he hasn’t tried to contact her after the whole fiasco.

He clearly tried to call her but she ignored him at first.

He wanted to meet up with her so he could explain himself but she was way too creeped out.

But she goes on to mention how he hasn’t tried to fix this in any way. 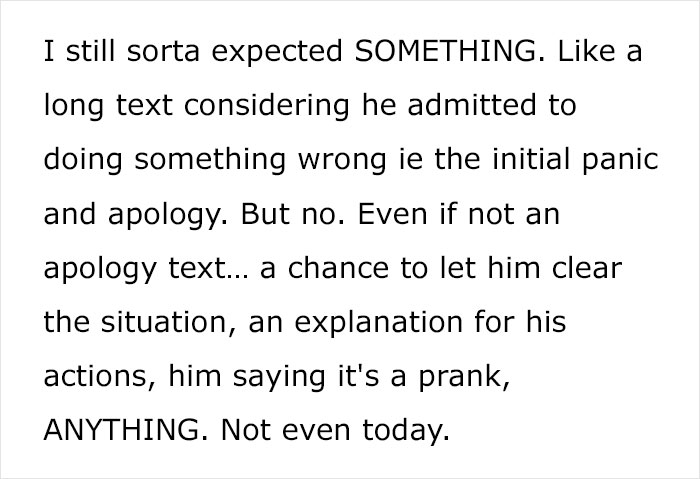 Maybe he just doesn’t want to incriminate himself.

But he has broken her trust.

So it is no surprise that she doesn’t want anything to do with him after this. 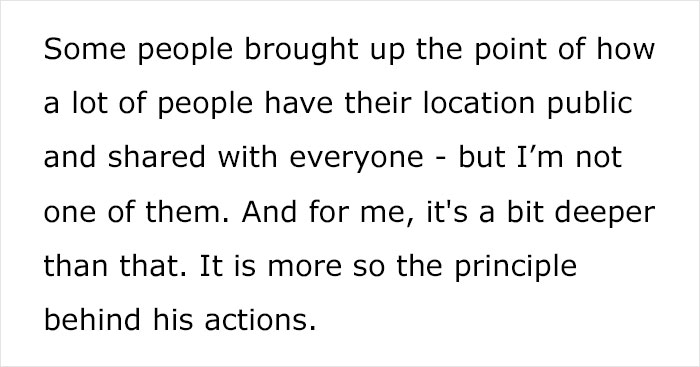 If this was indeed a prank then it was a bad one. 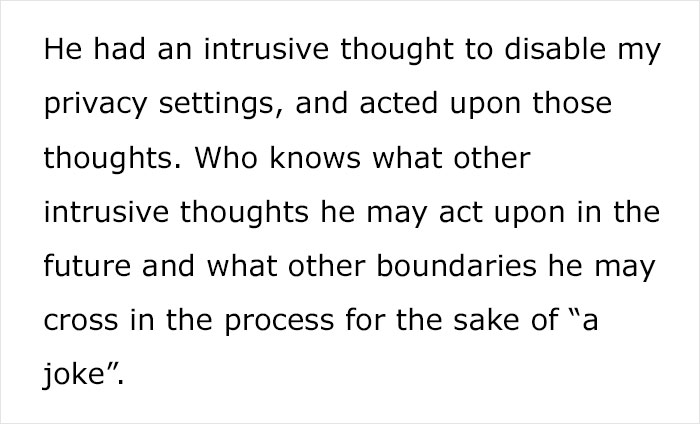 And most pranks only last a few hours or a day not this long.

She also went on to speak to another friend about this. 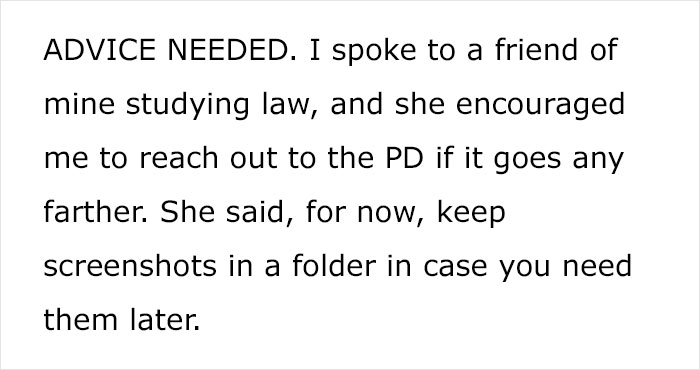 And she advised her not to press any charges.

Because she doesn’t want this issue to mar her record.

And that is how this story has ended for now. 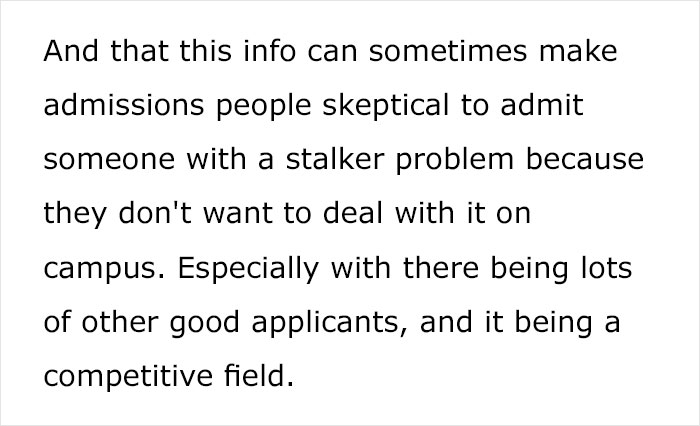 This just goes to show that anyone can track you if they get your phone for a few minutes.

Unsurprisingly, people in the comments were just as weirded out. 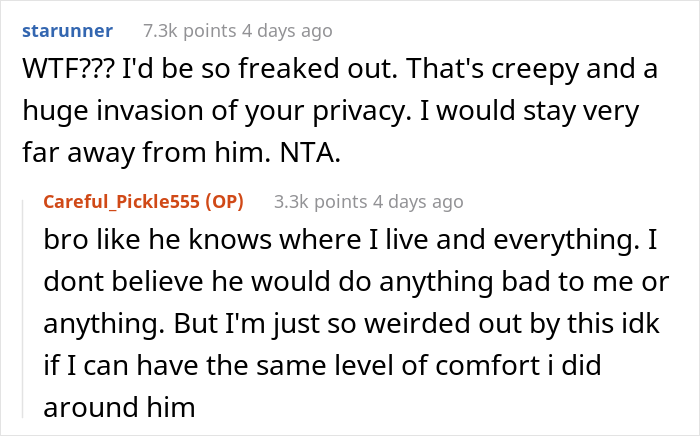 Honestly, what kind of joke was this? 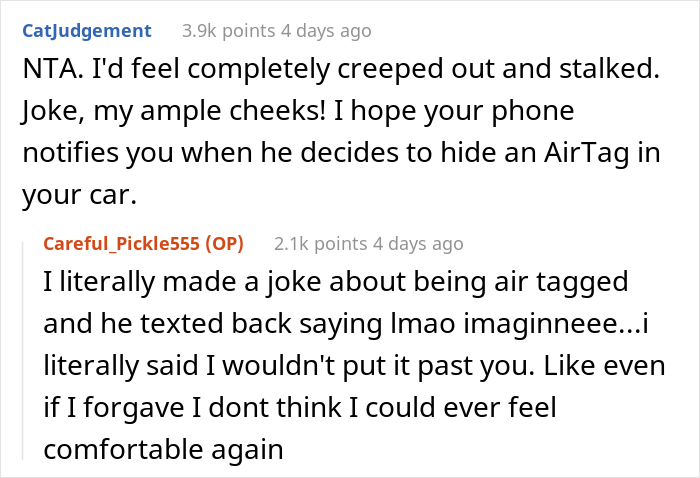 If he was planning to tell her, he would have told her ages ago. 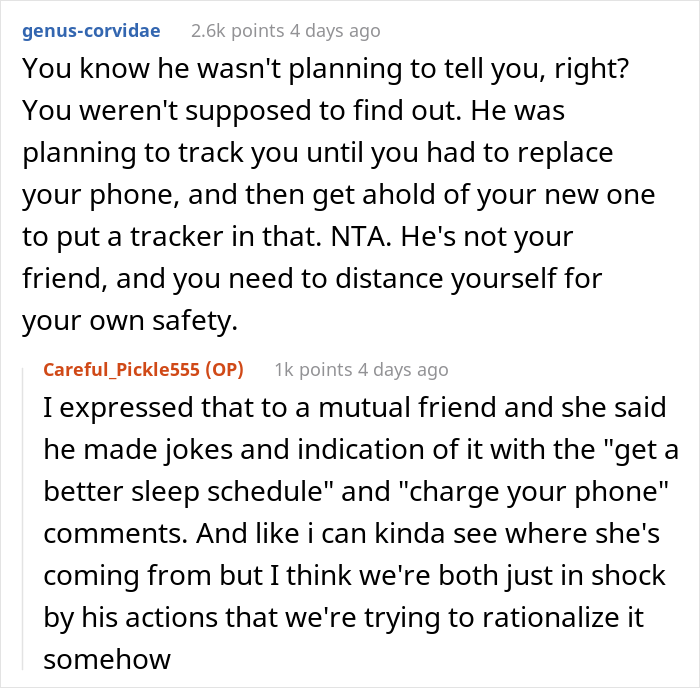 People in the comments were super kind and advised her on how to keep her privacy safe.

There was honestly no reason for him to do so. 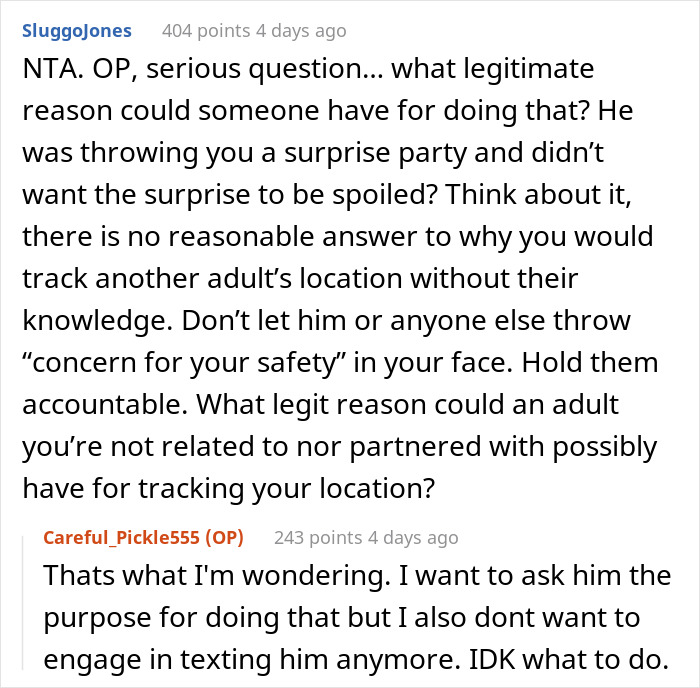 But it is that deep though. It is weird as heck.

Some parents even joined in telling her to keep safe and cut him out of her life.

She has every right to be mad! 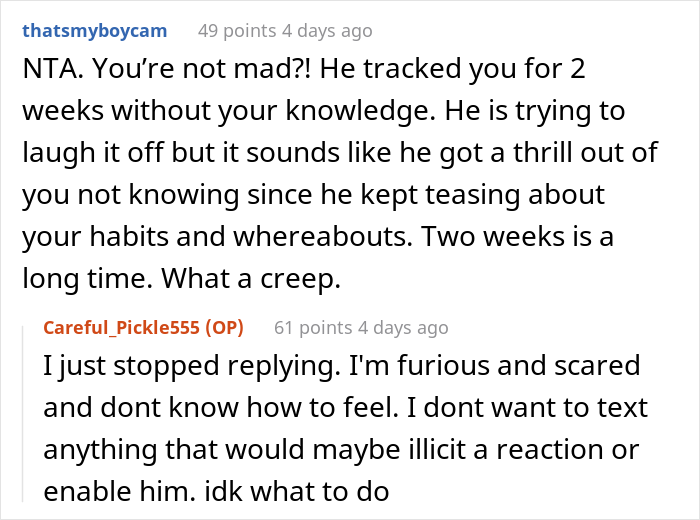 She is clearly scared and doesn’t know what to do.

She has gotten it checked so I hope that was it. 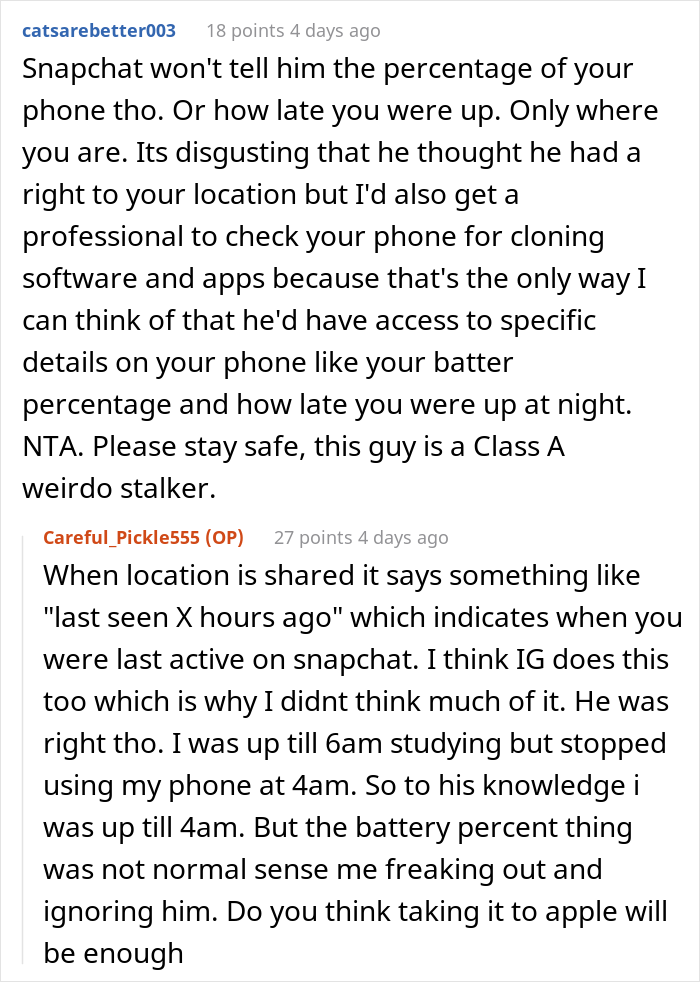 It is basically a safety feature that he disabled. 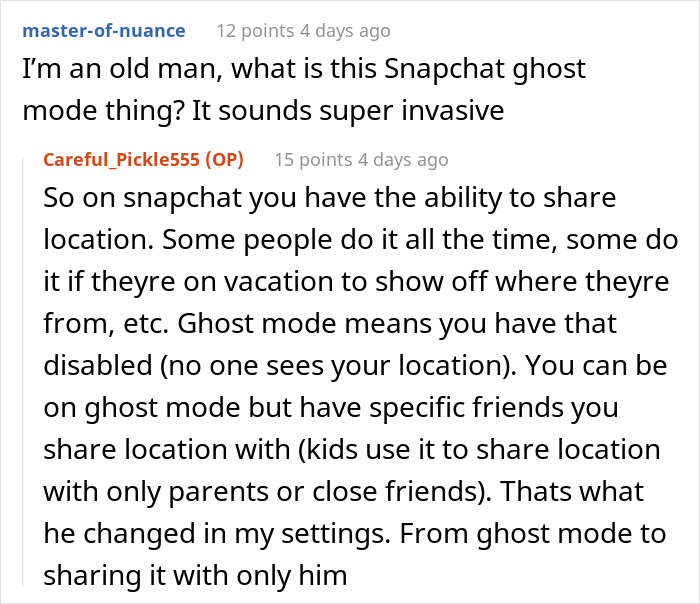 What are your thoughts on what this guy did? Do you think the girl is blowing it out of proportion and that it was just a joke or do you think it was an invasion of privacy and that he should be sorry? Would you ever be able to trust a person who did this to you? Comment down below and let us know. Don’t forget to share this story with your friends so they can join in the discussion as well.