An interview does not contain personal questions.

I have been to a few interviews in my life and I have never been with an interviewer who started asking me personal questions like my relationships and such. Now, that is not to say that this kind of behavior is uncommon because some interviewers really are jerks and since they are in a position of power, they try to use that against you. However, this guy just took it to w whole new level and this whole interaction was just plain creepy.

Now, don’t get me wrong, I understand that you need to give your personal information when you interview for a job and your marital status might also be asked in some cases but this was weird from the start. And even if this guy was just trying to get a reaction out of her, then it was highly unprofessional. Although, I do feel for her as it is clear that she feels guilty for reporting him which ended up causing problems for him. However,. it was not her fault and he deserved what he got in the end.

Scroll below to see what happened to him after she reported him.

The title is sort of misleading since it really isn’t her fault but we will get to that soon. 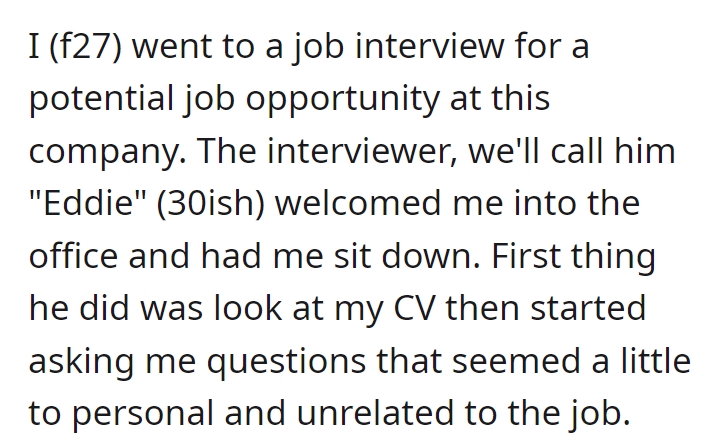 I mean, who asks if the person is wearing lenses or if that is their natural eye color? 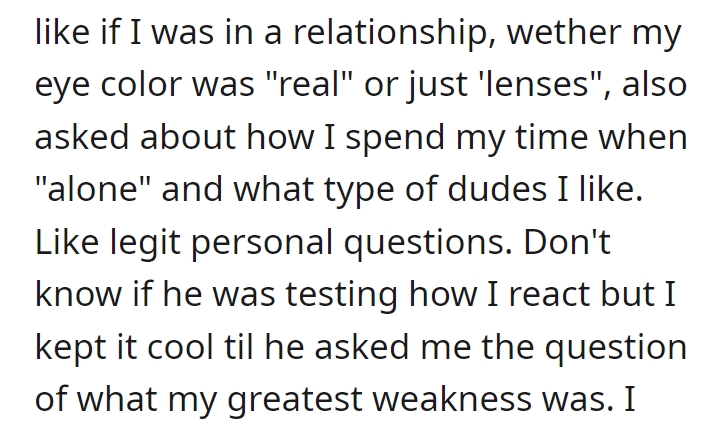 He apparently didn’t like being called out and started arguing with her which ended up with her reporting him. 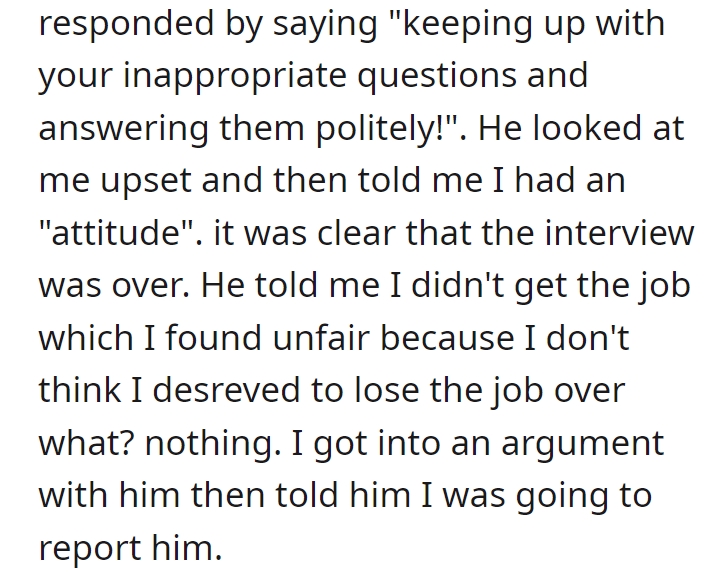 This report rightly got him fired but she seems to think that it was an overdramatic response to his questions. 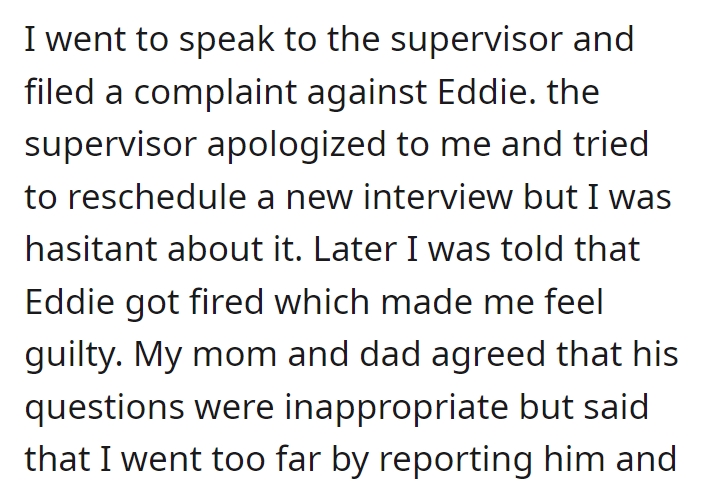 He even contacted her afterward saying that she ruined his life. 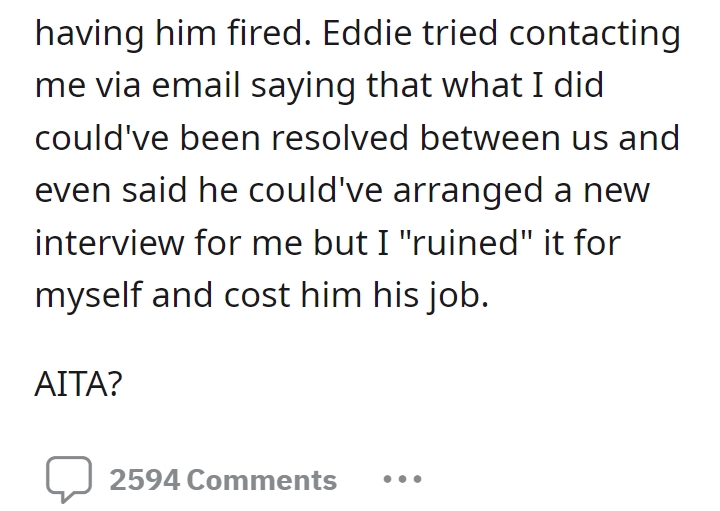 What did he think would happen? Did he really think that everyone would let him get away with this inappropriate behavior? And it also seems like he had done this before as companies don’t usually fire their employee after a first offense even if it may be related to inappropriate behavior. So as many commenters will go on to point out, he must have done this before and this was just the last straw for the company. I am just glad that he is out of there and that he won’t be able to offend any more employees or potential employees.

This commenter puts everything in perspective and advises her to be careful. 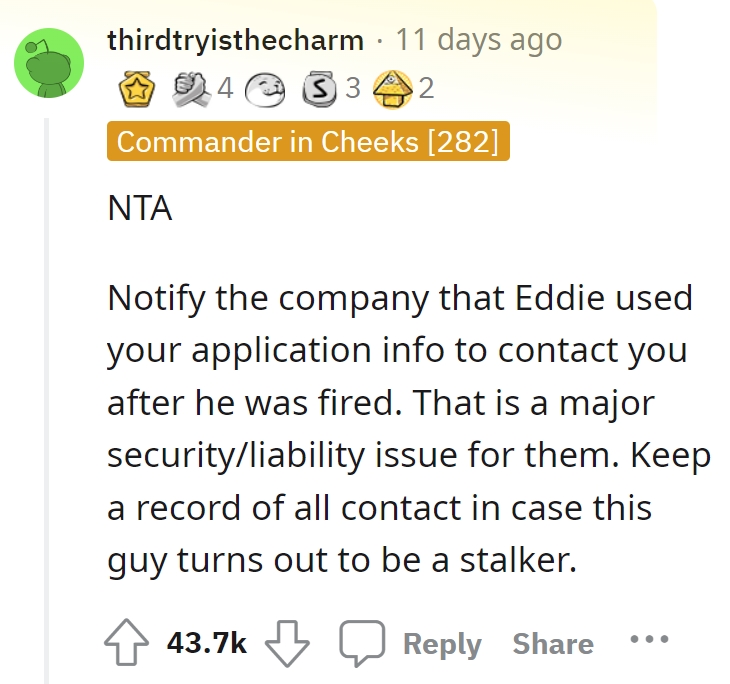 It was always better to be safe now rather than sorry later on. 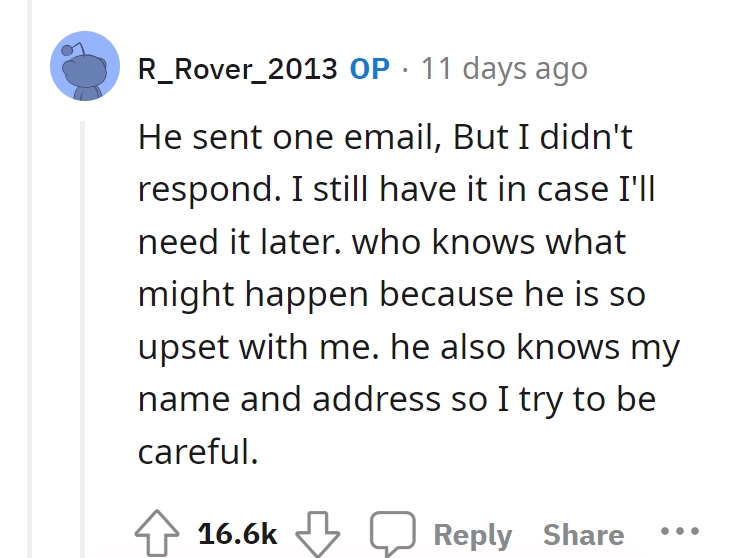 He does seem like trouble and she needs to be cautious because he doesn’t have much to lose now. 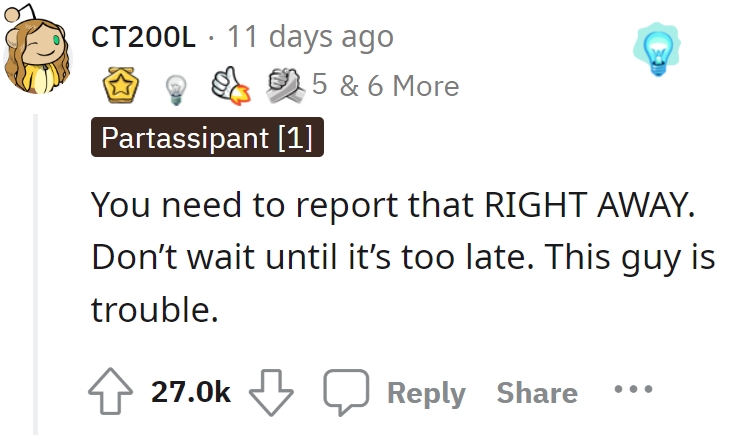 This was definitely not the first time from the looks of it. 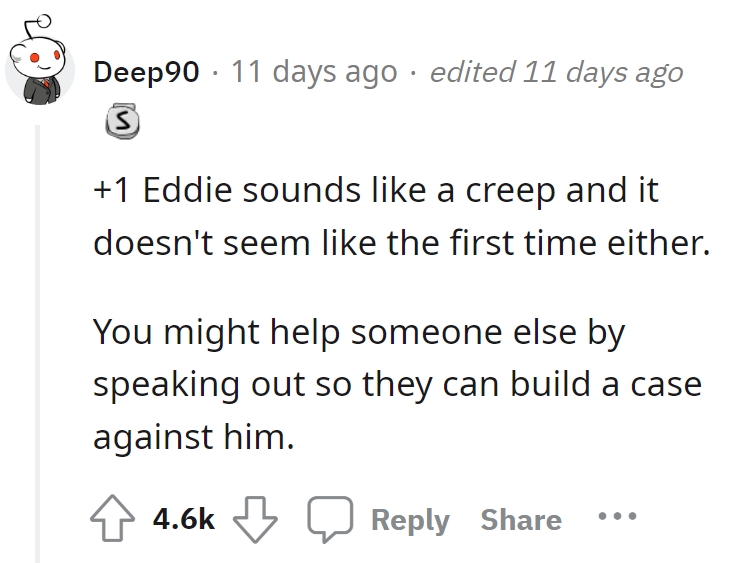 Why was he in the position of power in the first place? 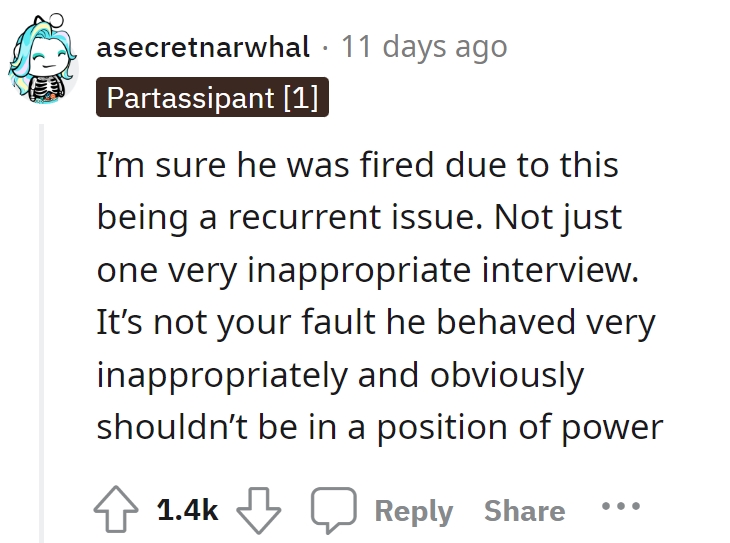 I am just glad that he got fired and no other person will have to deal with his bull. 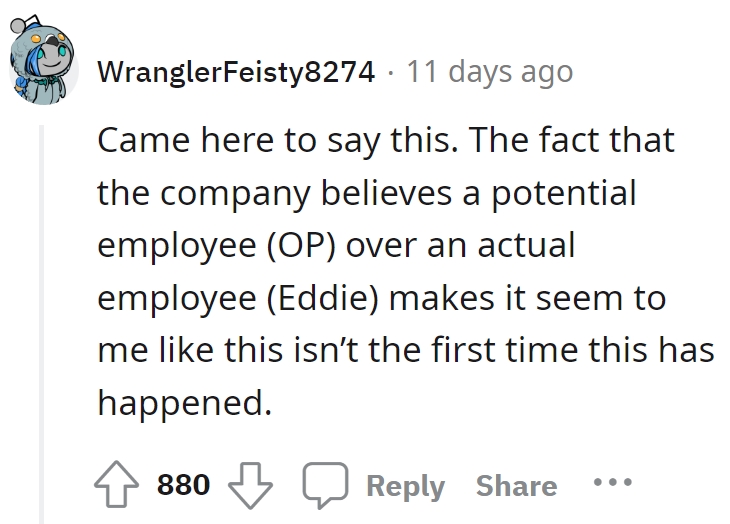 He got what he deserved at the end of the day.

What are your thoughts on this interviewer? Do you think he was dealt with rather harshly or do you think justice was served? Have you ever had to deal with an inappropriate interviewer? If so, what did you do? Comment down below and let us know.