Dress codes are a necessary evil.

I know that most people aren’t big fans of dress codes but sometimes they are necessary so people don’t come dressed in short shorts and bikinis in a professional office. Now I am not saying that every place should have a dress code as most people are sensible enough to know what is acceptable and what isn’t. However, specific dress codes can be a huge pain in the butt especially when they also specify what material you can wear.

I can understand a manager telling the employees to generally dress in a professional manner but telling them that they can only wear wool is just weird. I mean so many people are allergic to different materials and this also doesn’t take into account the different weathers. All in all, it is a bad idea and your employees will get sick of it very soon as this particular Karen learned the hard way. She came in and thought she could do whatever she wanted but that didn’t work out for her very well.

You can check out the full story for yourself by scrolling below.

She came in and thought she could run the company the way she wanted. 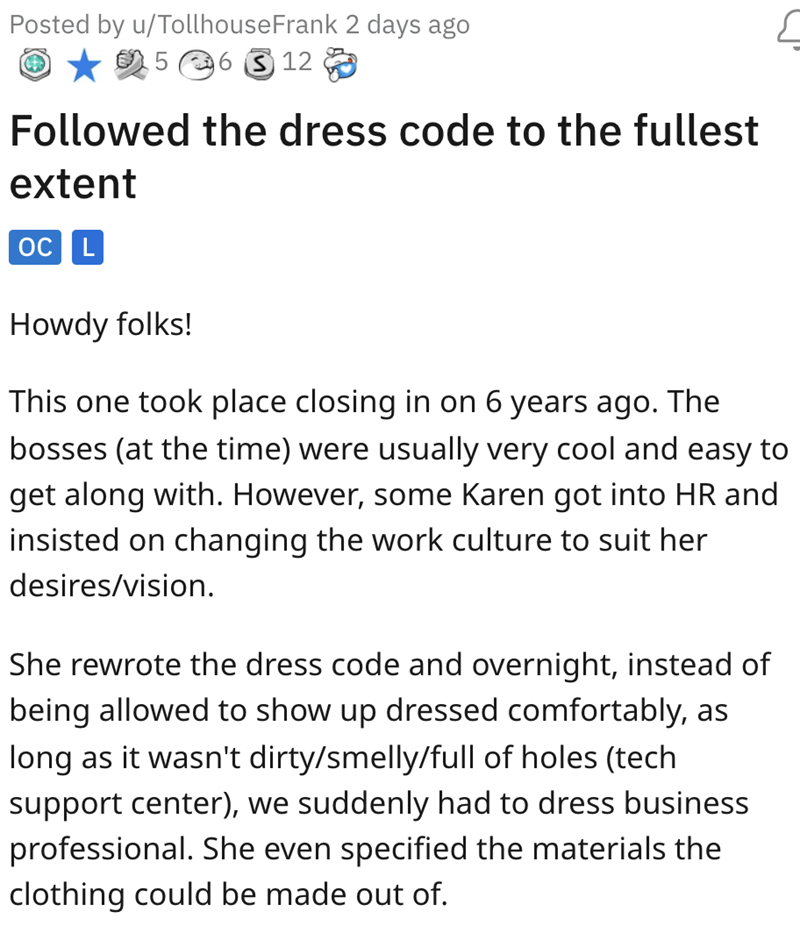 However, things don’t work like that and she had to learn this lesson the hard way. 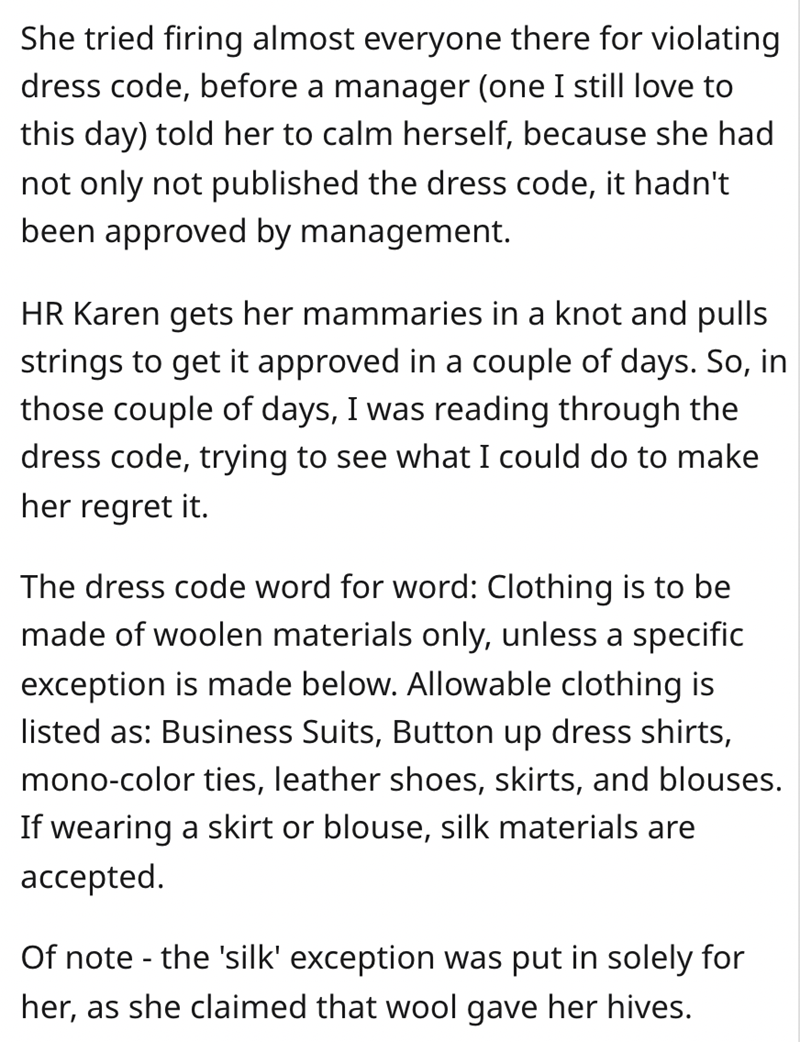 I cannot even imagine this scenario in my head but I am pretty sure it was a sight. 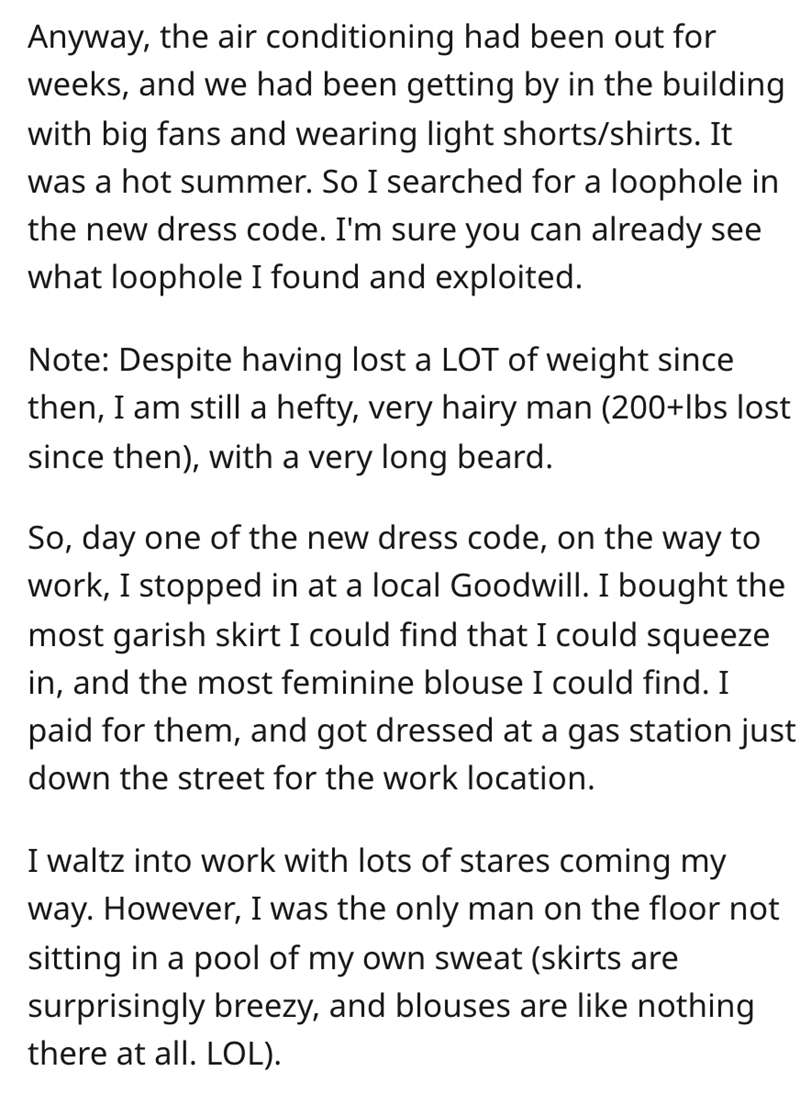 She clearly did not see this coming and she thought she had him so she could fire him. 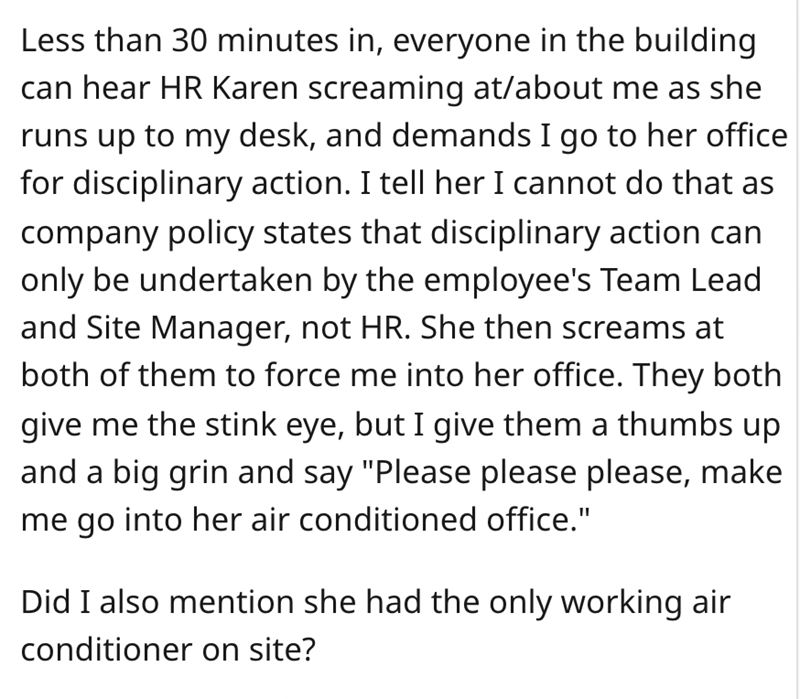 But this is when he revealed his plan and she was left sputtering and with no choice but to accept defeat. 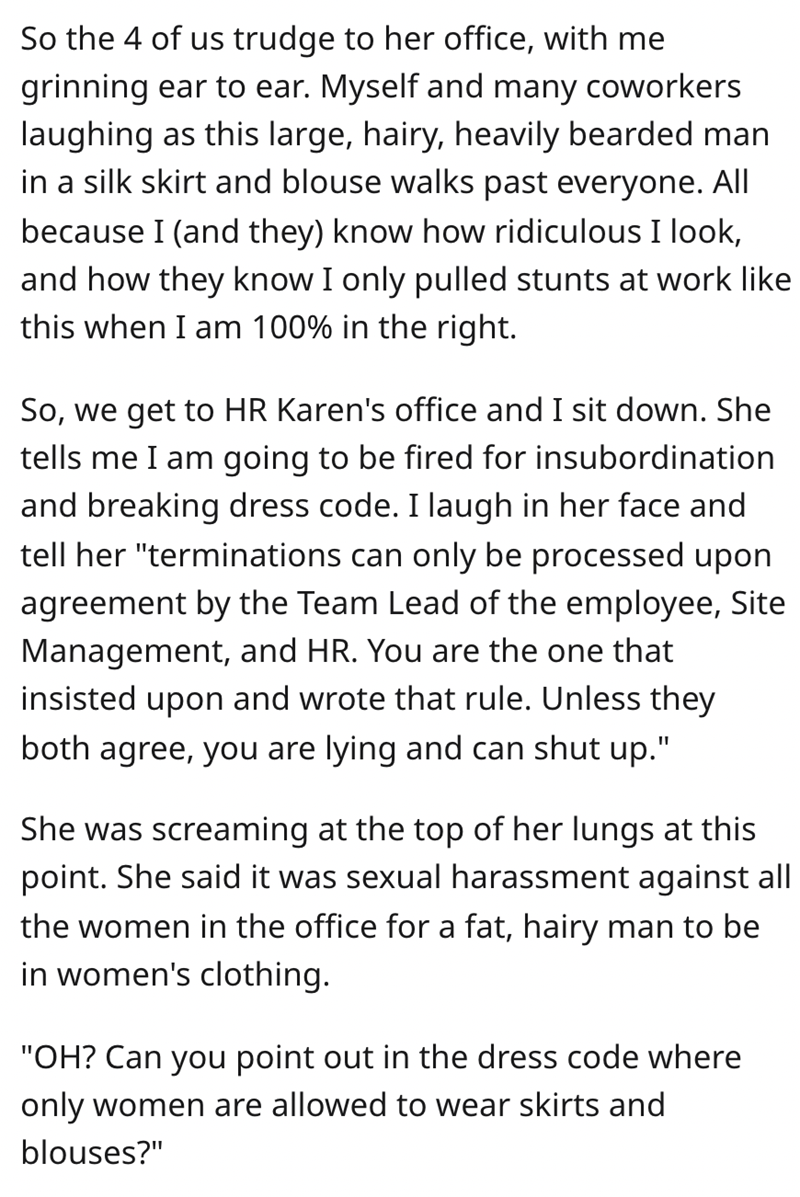 Thankfully, she did get fired later on and all was right in the world soon after.

While I can understand the outrage behind a big burly man wearing a skirt especially if he has never done it before. But the thing is that most companies cannot tell a man not to wear stereotypically ‘feminine’ clothing and vice versa unless they want to get sued for discrimination. So he had this Karen by her unmentionables and it is hilarious. Honestly, she must have thought she was going to get to fire him but it ended up being the opposite and she got fried late on instead.

A kilt would have been a great idea! 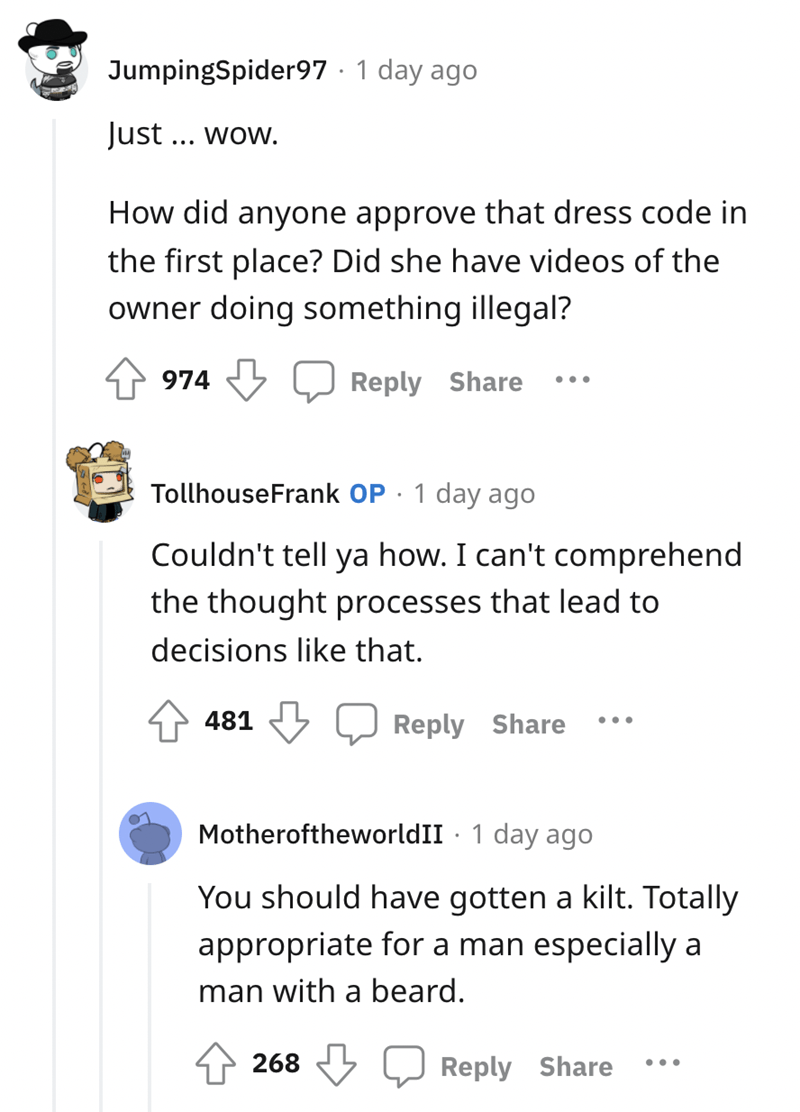 I mean that is true that kilts can be expensive but he did think of doing that. 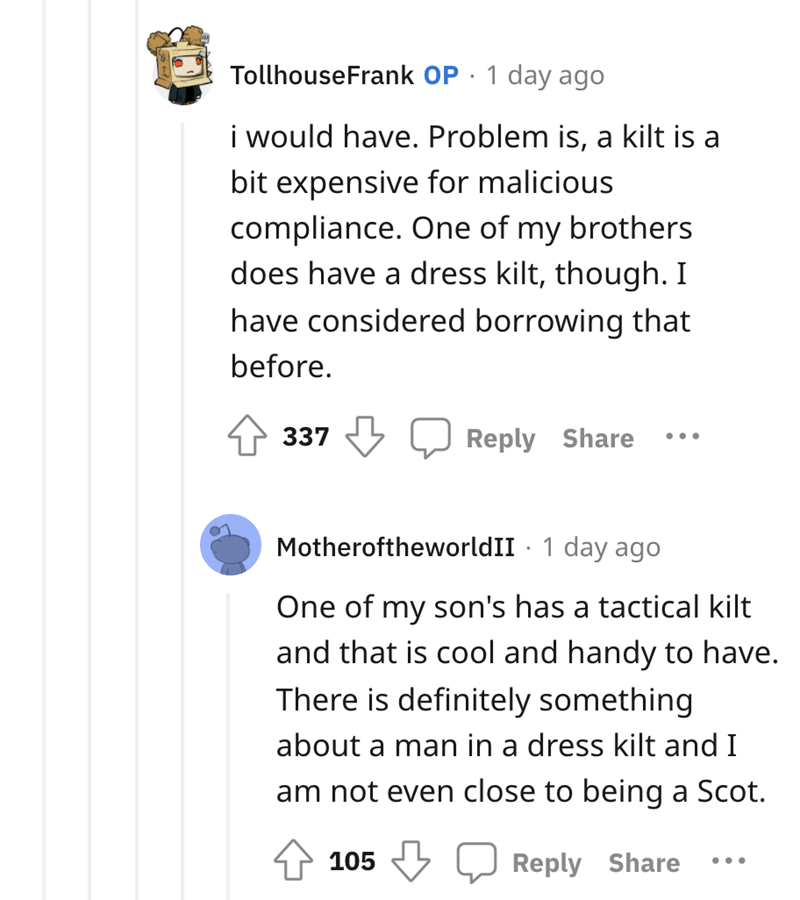 This is the way to go when the School board doesn’t understand the weather.

Working remotely has helped a lot of people deal with this sort of nonsense. 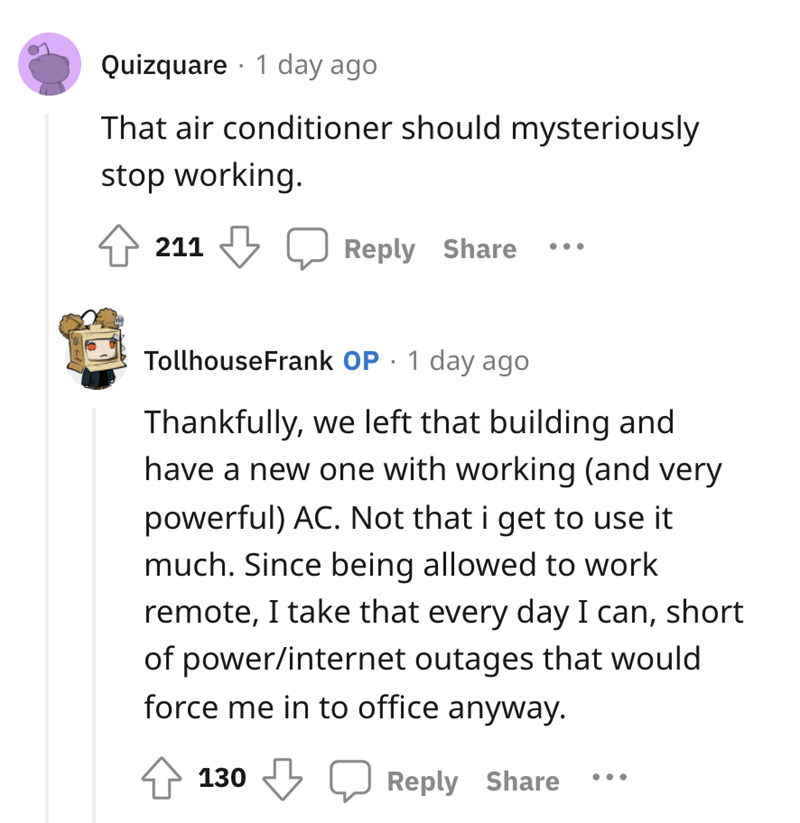 A person just needs to look clean and proper, nothing else should matter. 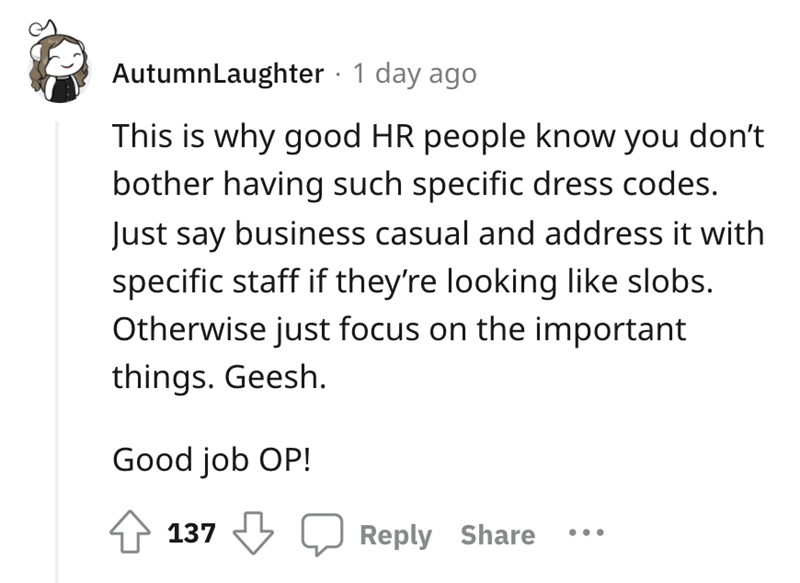 I would have loved to see a person rocking to work in a Victorian gown. 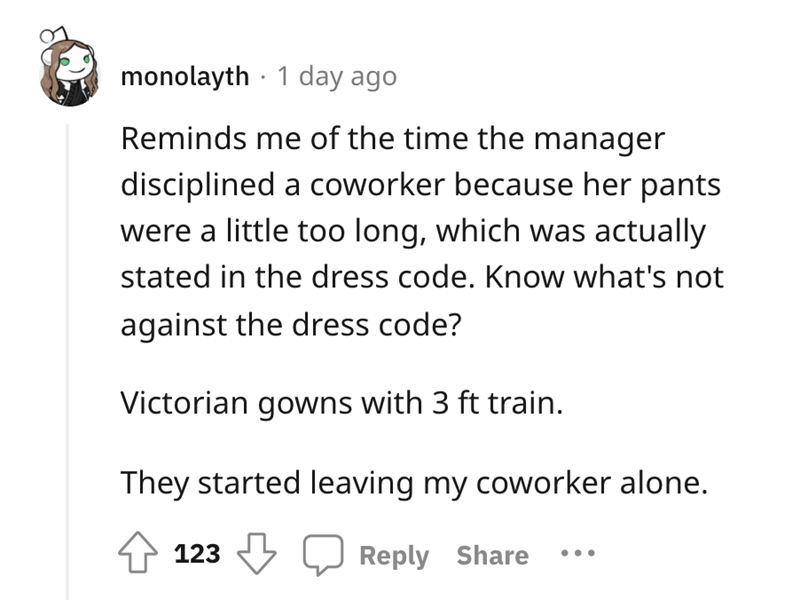 Screaming at another human being is just unacceptable. 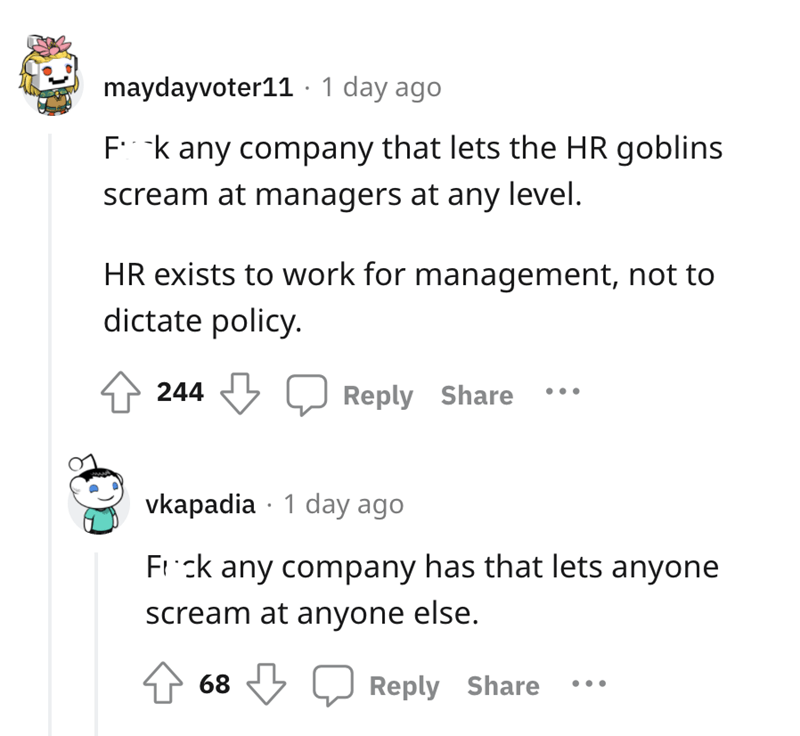 What are your thoughts on this story? Have you ever had to deal with such a Karen at your job? If so, how did you deal with them? Let us know in the comments below and don’t forget to share this story with others so they can enjoy some good old malicious compliance as well.