We all make honest mistakes sometimes.

We are humans, after all. We should cut each other some slack. I bet most of us have lost our mothers in the supermarket as a kid and grabbed a stranger lady’s hand thinking it was our mother. I don’t know about you, but I have done that countless times. I have also called my teacher “mom” in kindergarten. I still lie awake at nights thinking about that, to be honest. But hey, I’m sure I’m not the only one.

Some people make similar mistakes, just on a bigger level, and they aren’t in kindergarten anymore. Just like this lady who was in a rush to get her dog to a doggy daycare, but mistook an office for a daycare. She didn’t just leave her dog there once. She left him there several times! Imagine the embarrassment. This man on Reddit described the whole story and it is hilarious! Scroll down below to read it:
Via SwarmTendon

He worked at a pet-friendly office and there were barely any visitors there. 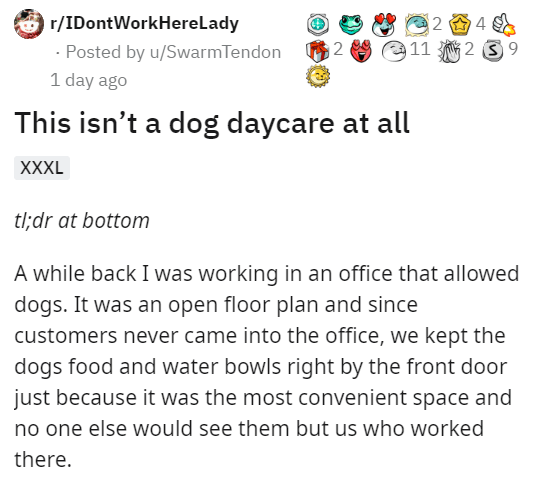 One day, a lady with a massive basset hound came rushing in, and he didn’t quite understand what she wanted. 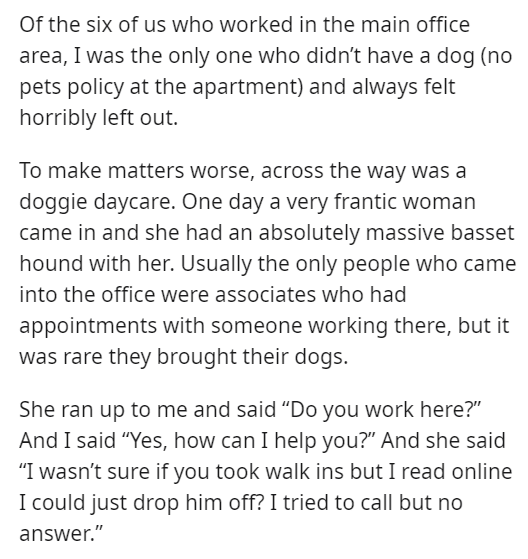 He was extremely confused, so he just went with it. 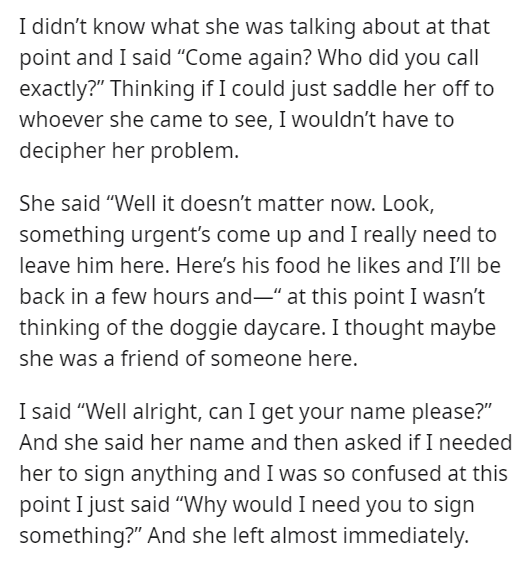 Otis was well behaved and everyone loved him. 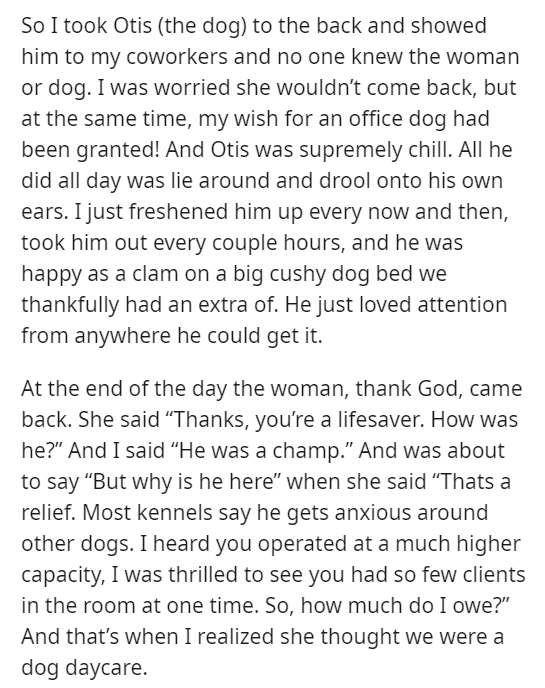 He now realised that she thinks this is a dog daycare. He decided to play along and got paid by the woman! 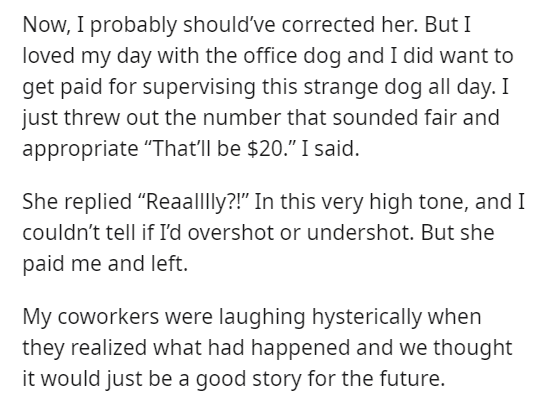 Now the right thing would’ve been was to tell the lady that she was mistaken about the location of the daycare. However, the fun thing would be to go along with it and have fun with Otis, alongside making some extra cash. He went with the fun thing.

But that wasn’t the last time that office saw the lady. She came back next week!

However, the fun was shortlived as the lady finally found out that it was just an office. 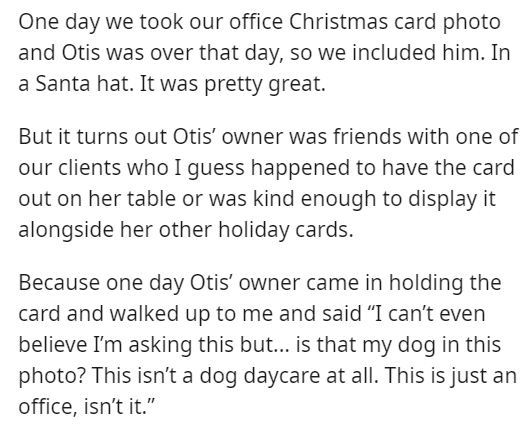 She confronted the guy about lying to her, and he said that he just liked having Otis around. 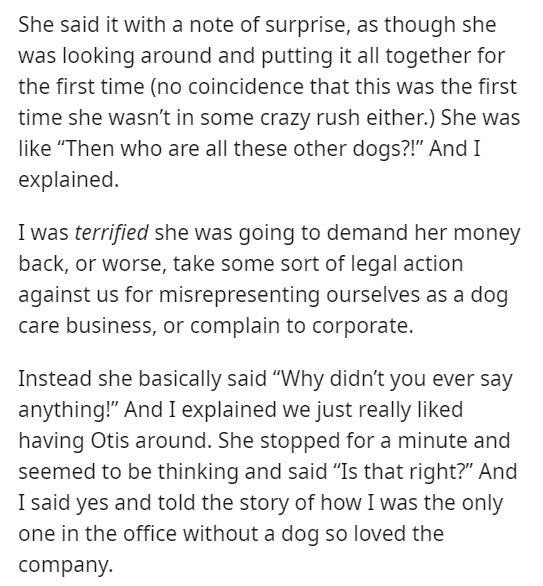 And guess what? She continued to leave Otis with them even after that! 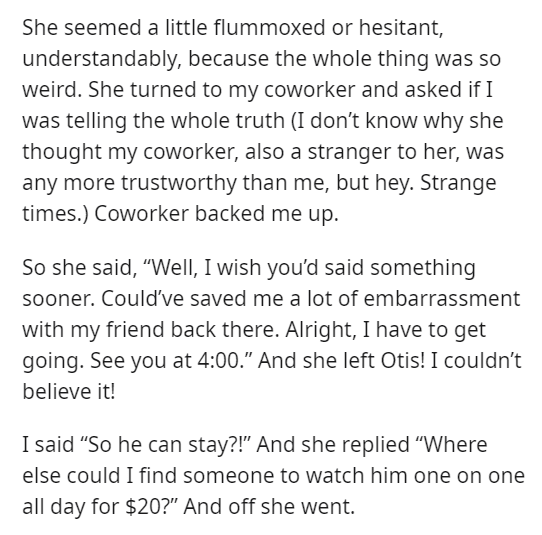 It was a happy ending for all of them. 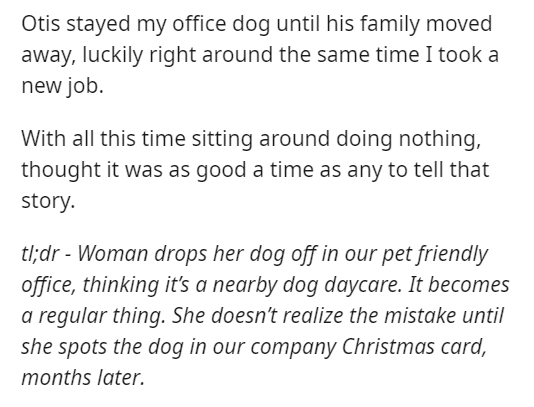 It’s such a cute story! Everyone on Reddit loved it.

The guy revealed some more details about the lady who owned Otis. 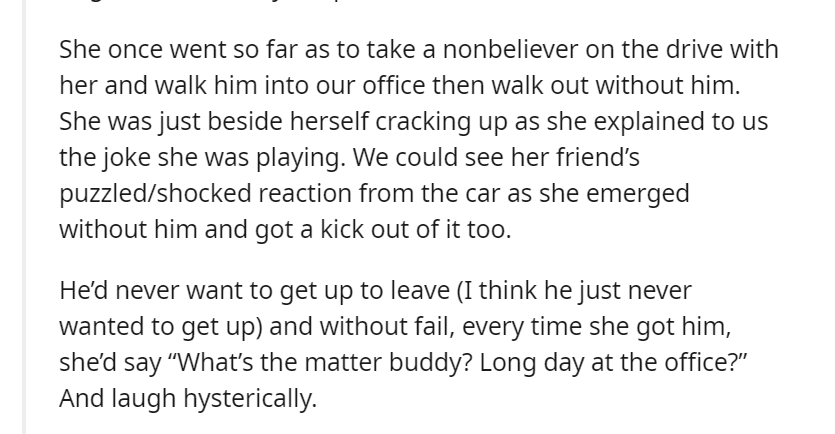 And this went on for over two years! What a lucky guy.

This was hilarious and wholesome at the same time. What would you have done if you were in the guy’s place? Would you have just told the lady the truth and missed the chance to hang out with Otis? Let us know your thoughts below.