Letting someone live with you is not easy.

I mean I know I can never live with roommates since I would pull my hair out if they didn’t keep the house as pristine I want it to be. After all, it is everyone’s job to keep the house clean and do chores right? Apparently that is not correct for many people. And many are fine living in complete filth just because they are lazy. However, when you move into someone’s house because you can’t pay rent any more, they would expect you to be extra careful.

This pandemic has ruined the economy and many cannot even pay for their food any more. So you would think the people who get to live rent-free would be thankful rather than being rude to the person who is trying to help them. This guy and his family didn’t get the memo and made life as hard as possible for the woman who had given them a roof over their head. You can check out the whole story by scrolling below.

It can be quite hard to say no when your family asks you do something. 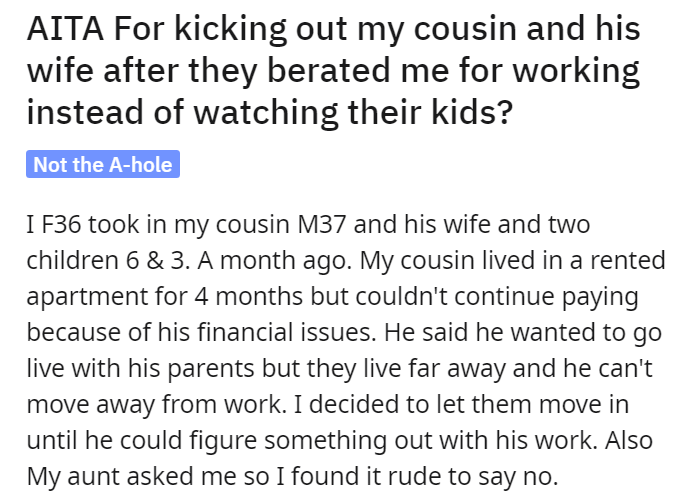 Any doctor has a hectic schedule during this pandemic, and we should be thankful to them. 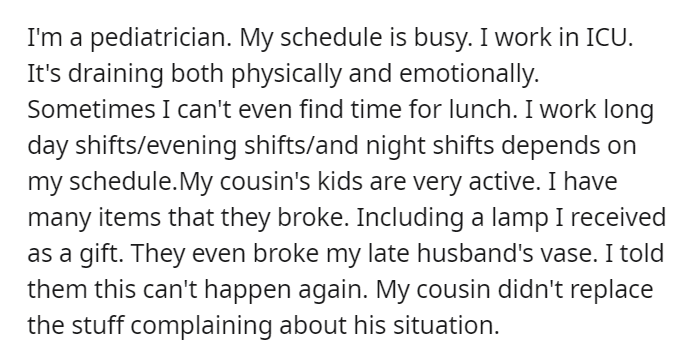 She already is being drained physically and emotionally, now he wants her to babysit? 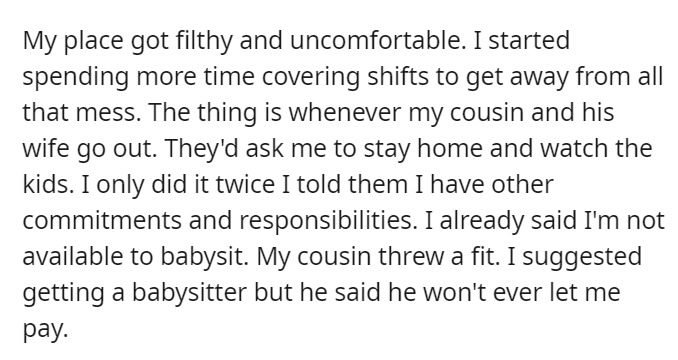 This is a very ignorant thing to say to someone. 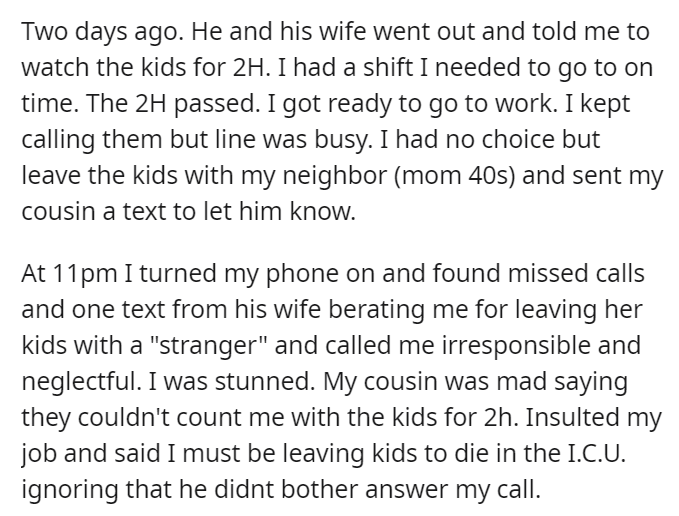 Anyone would do the same thing in this situation and I do not blame her at all. 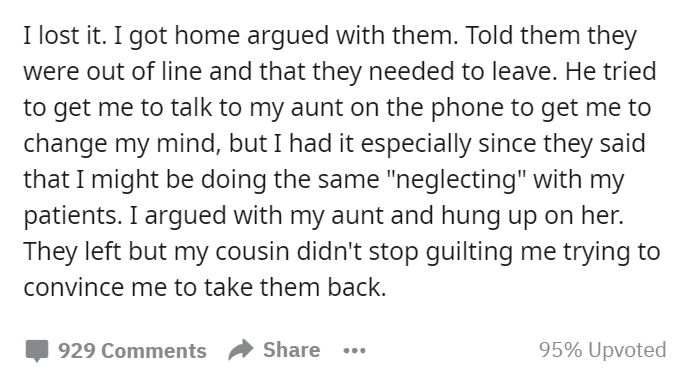 NTA. You are literally a doctor working during a worldwide PANDEMIC! They should be grateful for any help they get, and not demand that you watch their kids. Also, they should reimburse you for anything their kids broke. They also broke their verbal agreement on what time they would return at, leaving you no choice. Your life-saving job is more important than their date night. Don’t let your leeching cousin guilt you, nor your enabling aunt.

You did nothing wrong. –RabbitRamsey

They will never be happy no matter what she does. 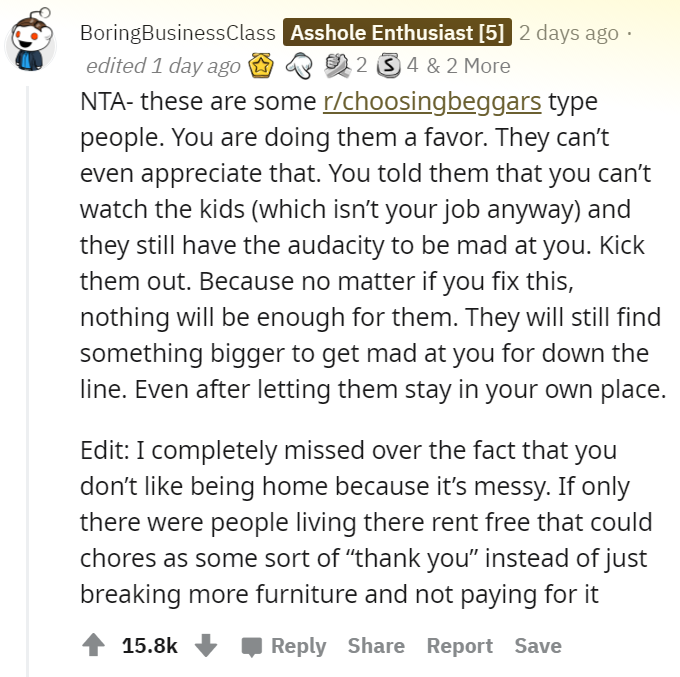 Exactly! How can they afford to go out?

I would be pissed if I came home from work ant it was filthy because of someone. 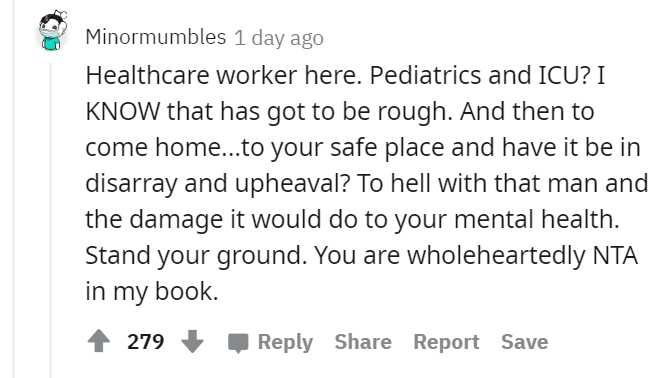 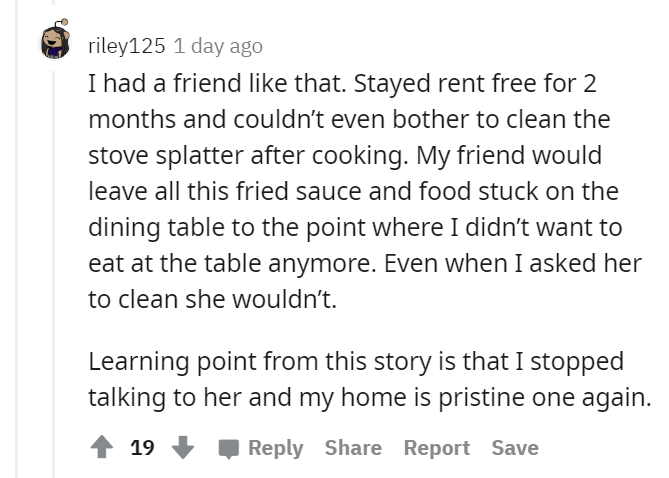 If I had to live in someone else’s house, I would feel bad not helping them in any way possible. 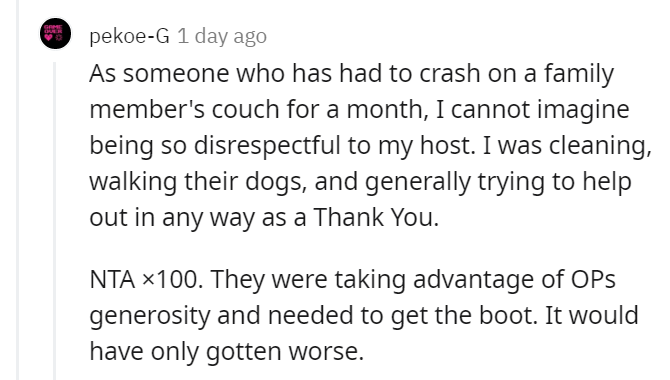 They are acting like bratty children if you ask me. 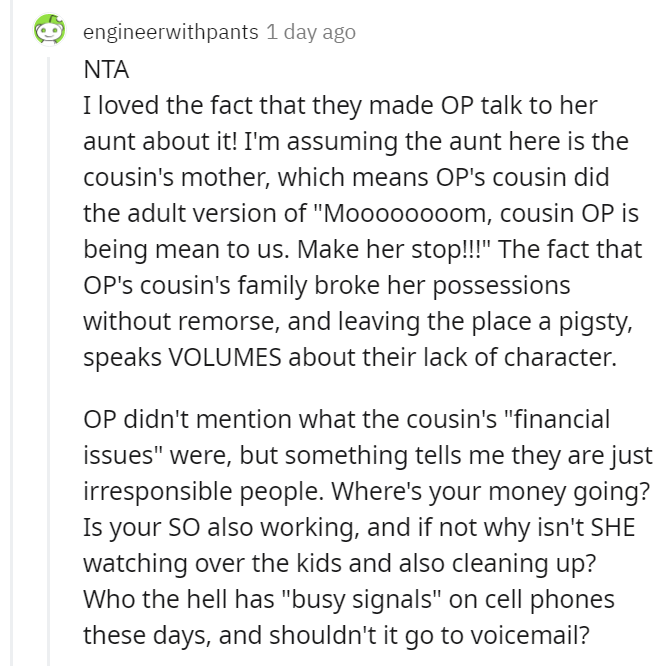 I have no idea but a lot of people do this. 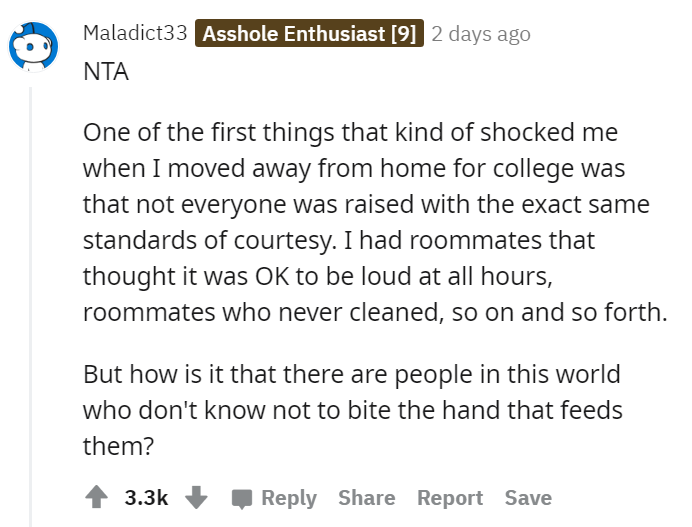 NTA. If they live with you and afford to go out, they can afford a sitter, and they should be paying to replace what their kids break. They are acting as if you’re responsible for their kids. Yes, you did the right thing kicking them out. It is a matter of life and death for you to be able to work and their behaviour during normal circumstances but especially because of a pandemic is outrageous.

Your aunt is a horrible person for siding with them and if she expects anyone that’s kind enough to take them in should be the built-in-babysitter, then they definitely should move in with her. At worst, your aunt have should have stayed out of the argument, but she’s probably who your cousin got his selfish and entitled attitude from. –Spinnerofyarn

That is the question that we need to ask. 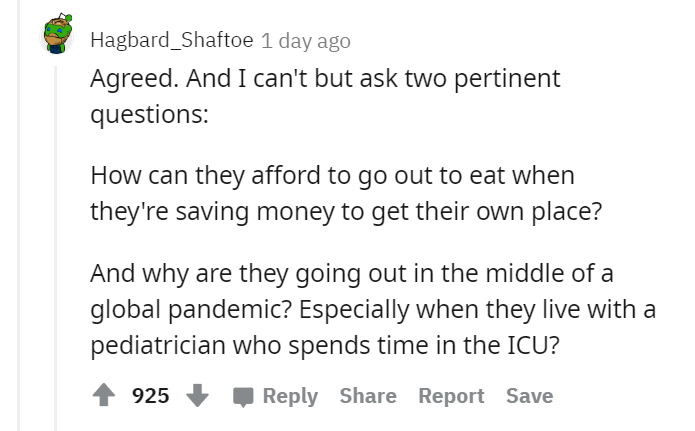 What do you think about the cousin and his family? Do you think she should give them another chance? Comment down below and let us know your thoughts.