Makeup doesn’t automatically indicate someone is cheating on you.

Most if not all women do makeup not because they want to hide their flaws or look like a different person. They do it because it is fun and makes us feel good. It is never about trying to find new partners or something like that. I know many people think like this. However, makeup is an art form, and it can be truly beautiful in many ways. I mean I love makeup not just because it can make you feel confident even when you are having a bad day but also unleash your creativity.

I remember doing weird makeup looks at home when I wasn’t even going to go anywhere and then washing them off in a few hours just for the heck of it. And I am not the only one who does this. For example, this guy’s wife is doing the same thing these days. What else are we supposed to do when we are stuck at home in this lockdown? Doing exaggerated makeup and taking a few pictures can brighten anyone’s mood.

Honestly, some people are like this and don’t understand social cues at all. 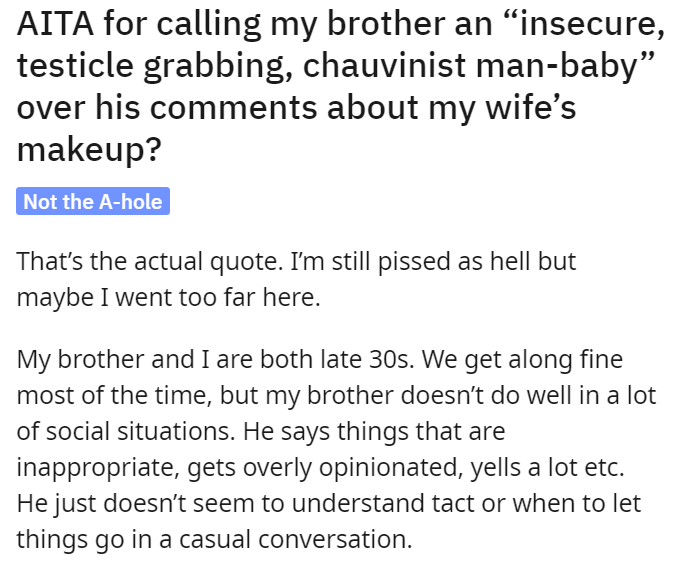 Getting some good makeup is actually a great feeling except the fact it can be quite expensive for your wallet. 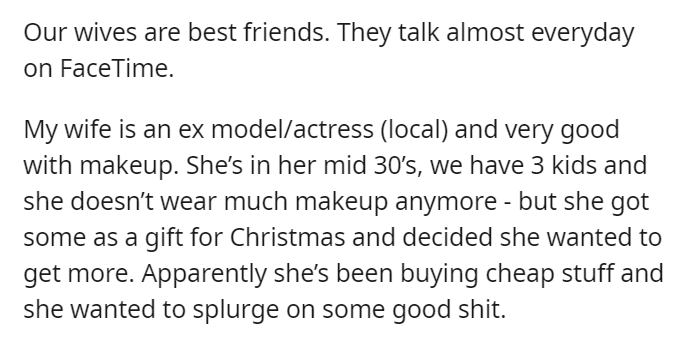 This is why you only take selfies when you do this and not a full body picture. 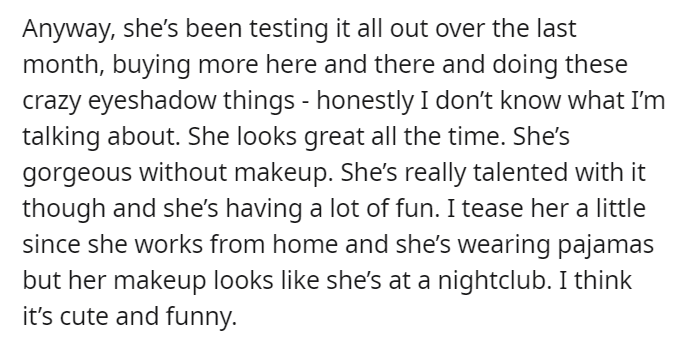 Just because someone is suddenly putting effort in their appearance does not mean they are cheating. 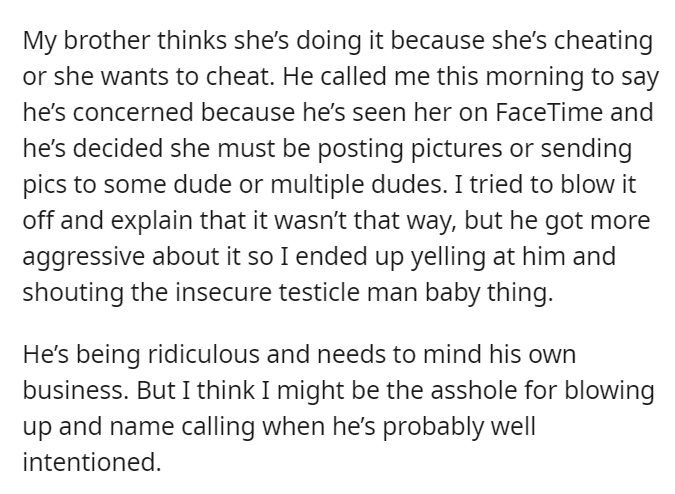 It is usually because they want to feel good about themselves in some way. 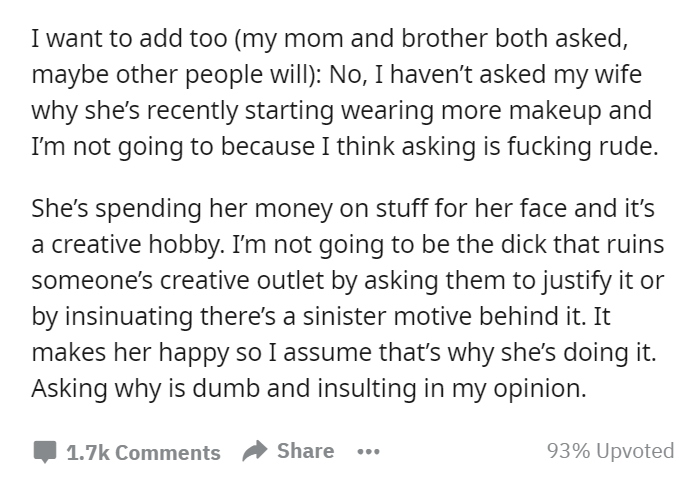 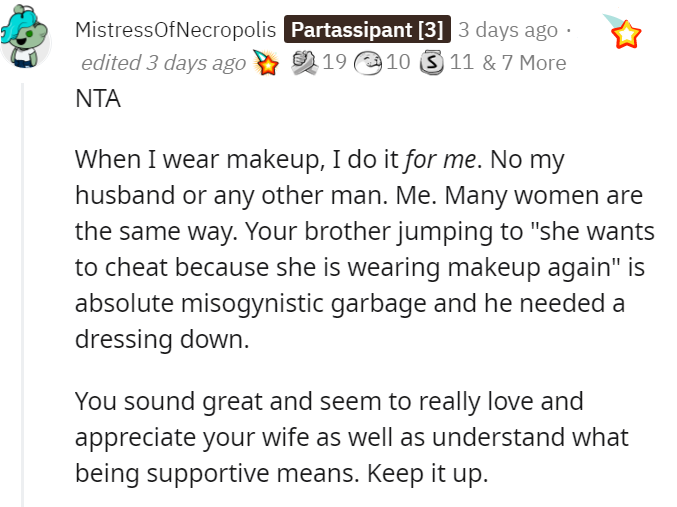 See this is how I generally assume women are about makeup. Thanks for validating that.

I tried to point out to my brother that a lot of what she’s doing isn’t even “sexy” makeup. It’s more… theatrical? I don’t know, it looks like face art to me. Sometimes it’s gorgeous. Three days ago she was a drag king with a glitter beard. Whatever I just think she’s having fun and I like it. –throwaway

Doing off the wall looks can be great to unleash someone’s creativity, It is just like painting. 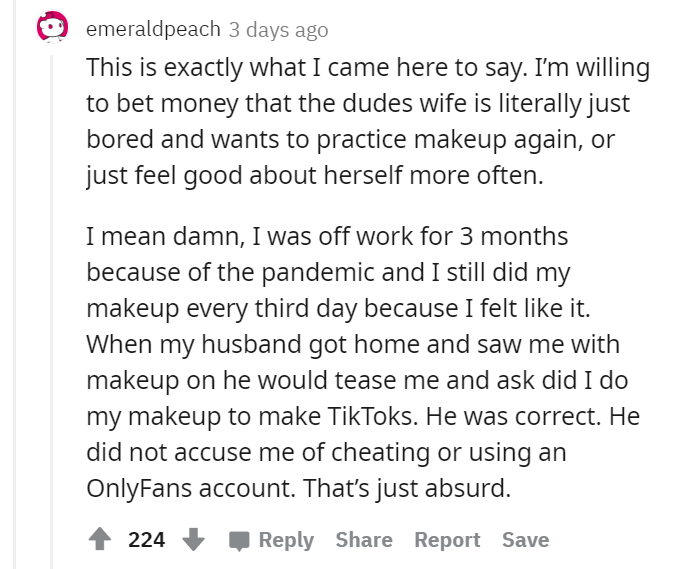 That is certainly an intrusive question to ask your employee. 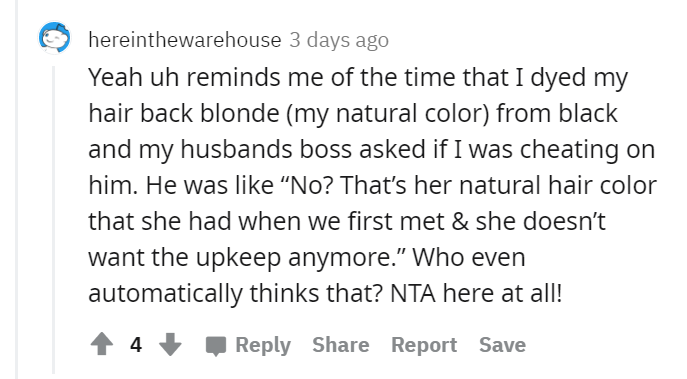 This exactly it! Everyone just wants to feel good when they look in the mirror. 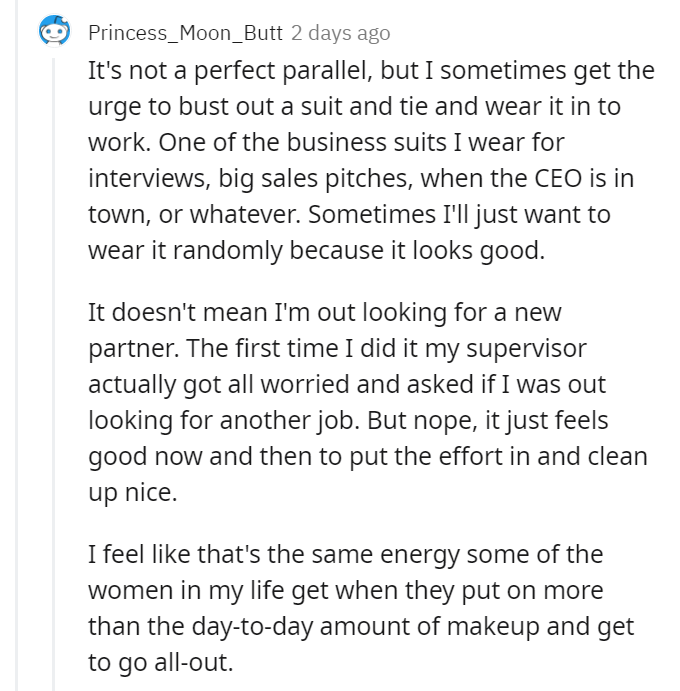 Actually, I think making jewellery underwater just might be feasible. Anyone willing to do a Guinness world record for that? 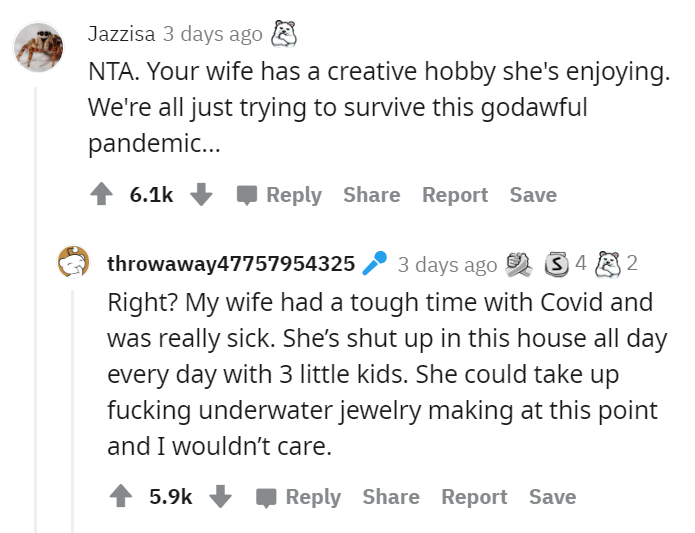 And yet some guys say they ‘prefer a woman who is natural’ and whatnot. 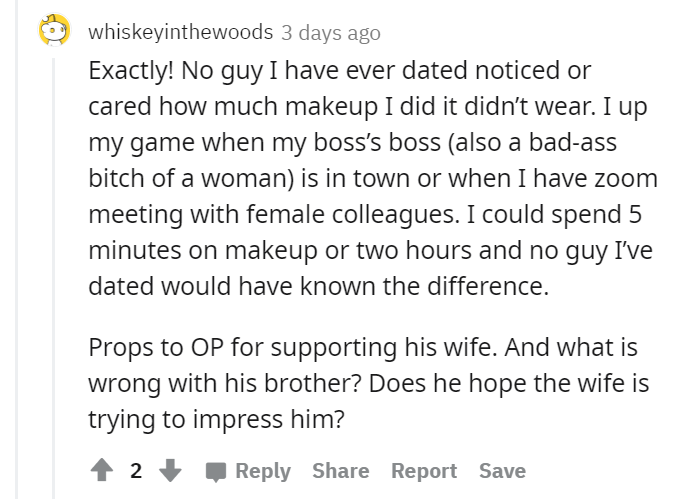 Boredom is behind most of the things we do. 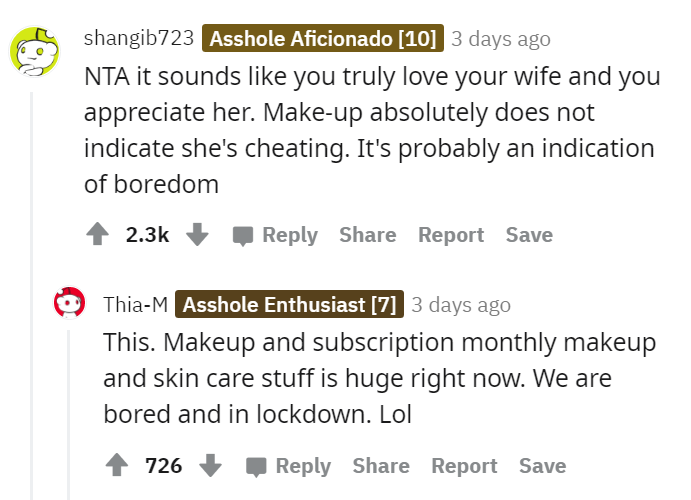 This could be it, but nobody is a licensed therapist here. 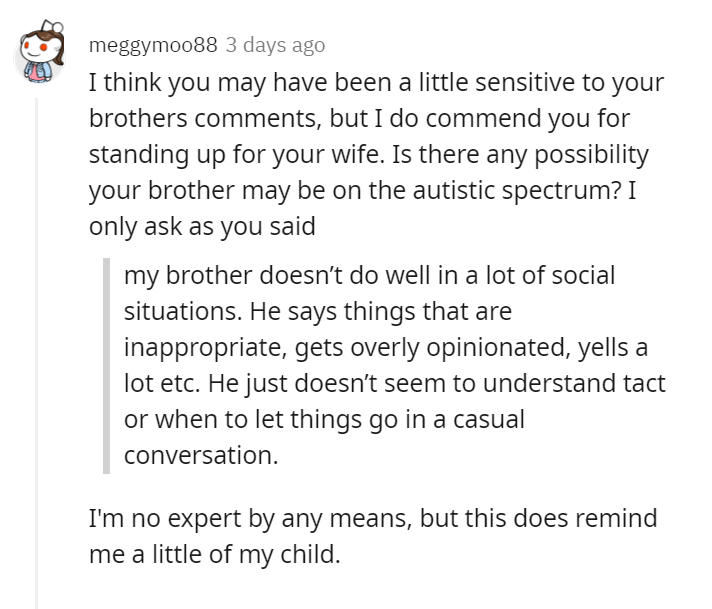 To be honest I’ve wondered about this a lot. My SIL (his wife) has also suggested this might be a thing. But we’re not doctors and he’s never been evaluated or diagnosed with anything.

We’re from a part of the US where people are just like “autism? China made that up to tear down muh freedom”

What are your thoughts on this story? Do you think the guy was too harsh on his brother or is it what he deserved? Comment down below and let us know.