Kids have much more sensitive skin than adults.

There is a reason kids have specific lotions, shampoos, and powders because they are more likely to have an allergic reaction. They do not form the proper layers of skin that adults have until they are at least 8 years old and even then it is touch and go. So even if you use hypoallergenic makeup, there I no surety that your child won’t have an allergic reaction. As an adult, makeup can cause a lot of damage even if not properly washed off and even then it can aggravate your skin.

This is why most professionals recommend not sleeping with makeup on and exfoliating your skin properly because it can block your pores which can lead to permanent scarring from pimples. So when this woman decided to put her 2-year-old in a face full of makeup, she should have thought about the consequences beforehand. You see, apparently, she wants to be an MUA but rather than practicing on mannequins or herself. She thought using her child as a ‘model’ was the best option.

As you can probably imagine, it did not end well.

Her husband starts off by saying that he did give her permission for a little bit of makeup. 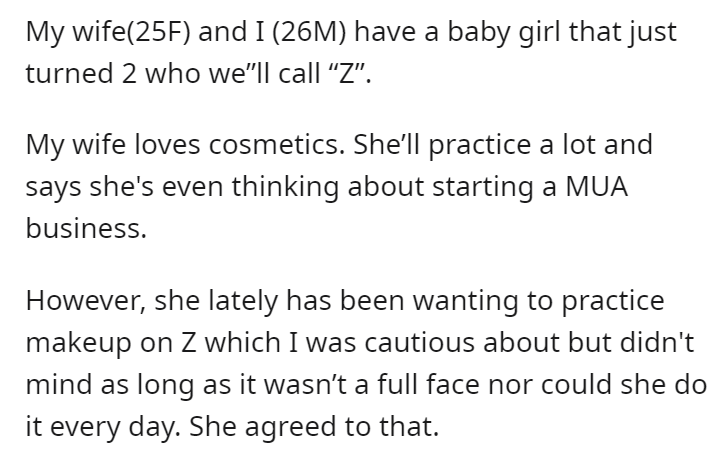 However, things soon took a turn when he found their child with a rash which was apparently, Contact Dermatitis. 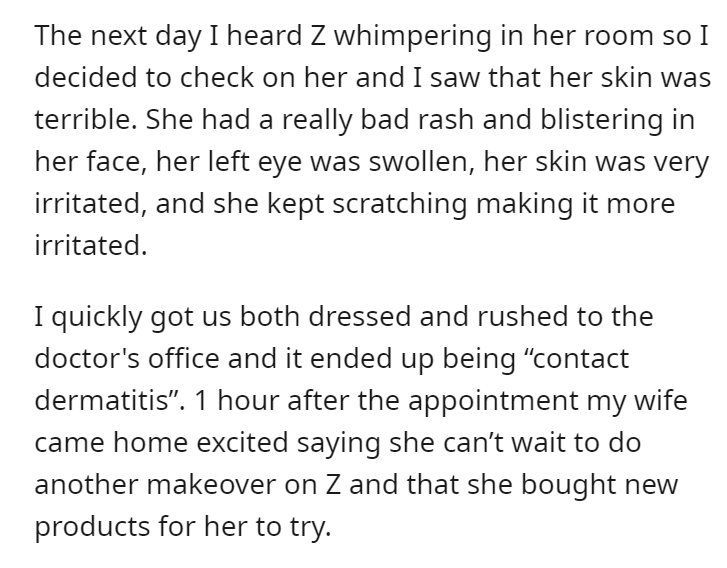 She finally admitted that she had indeed put her daughter in a full face of makeup and that was what caused the issue in the first place.

Rather than realizing her mistake, she wanted to do it again. 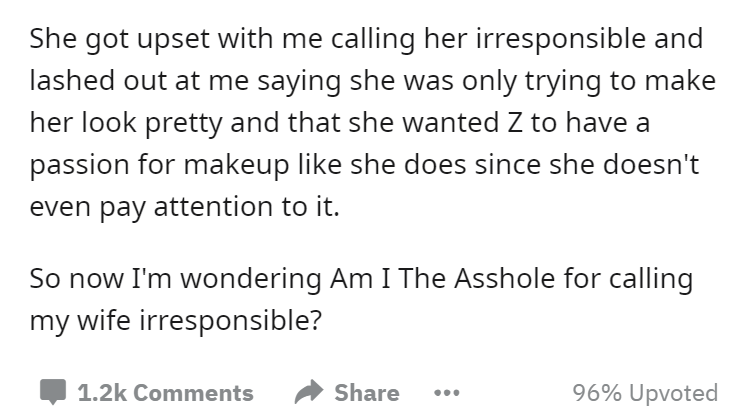 That is what bothered me the most. Okay fine, she put full makeup on a toddler which is not a good decision. But she decides to double down after knowing and seeing what her makeup has done?! It’s no different than someone giving someone else peanuts even after seeing them swell up from a peanut allergy… –Lilpanda20

People in the comments were baffled by her stupidity. 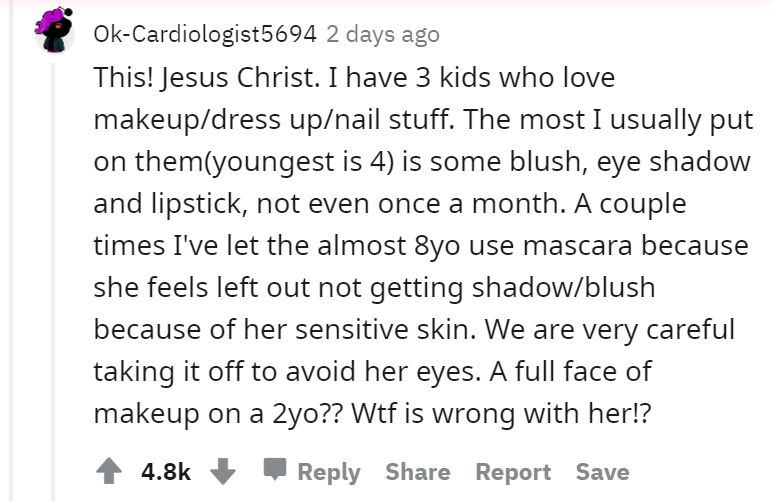 And not only that but she is clearly saying her 2-year-old is not pretty without makeup. 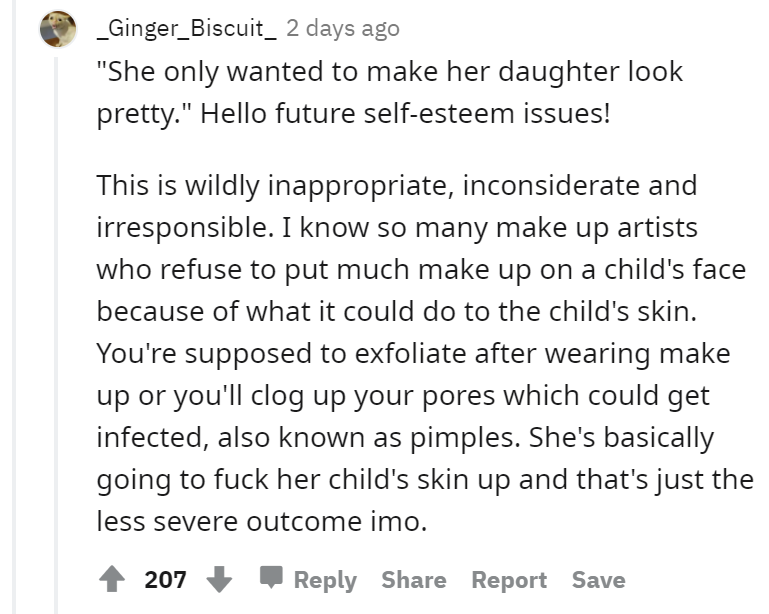 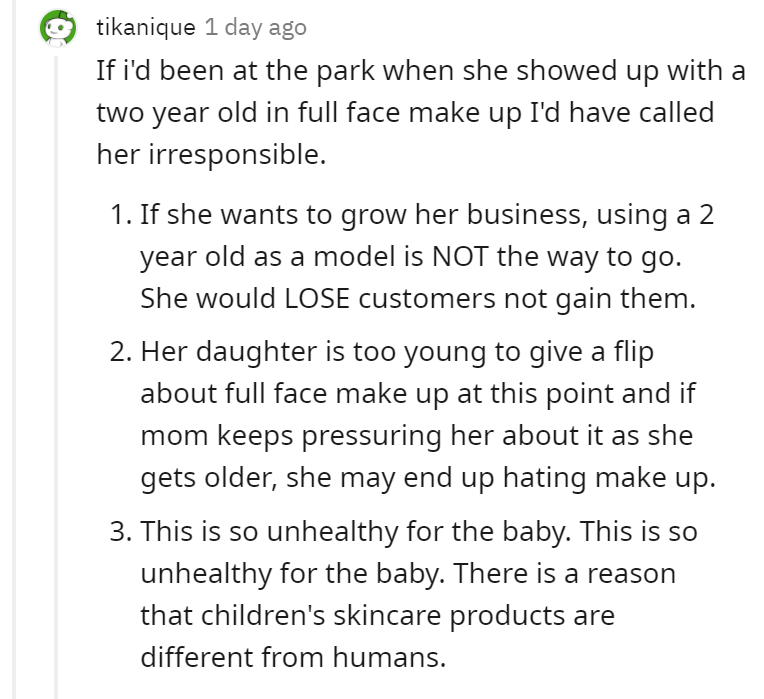 nd there were also some professional makeup artists giving their opinion. 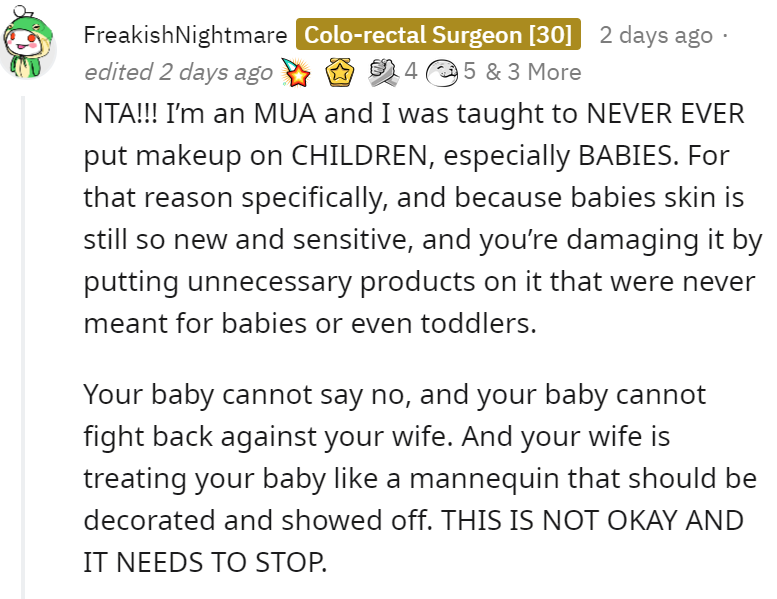 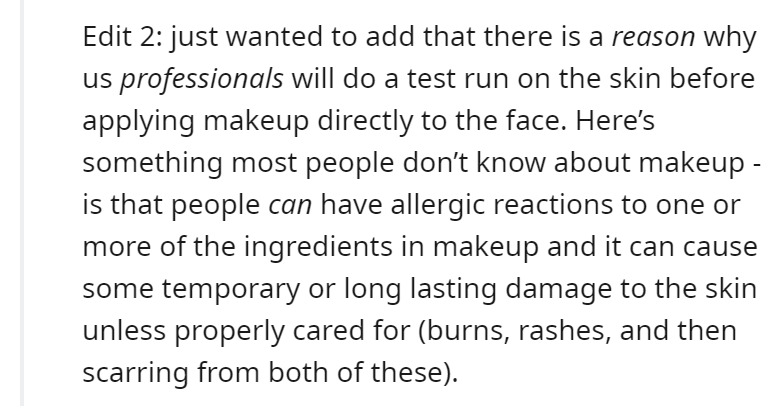 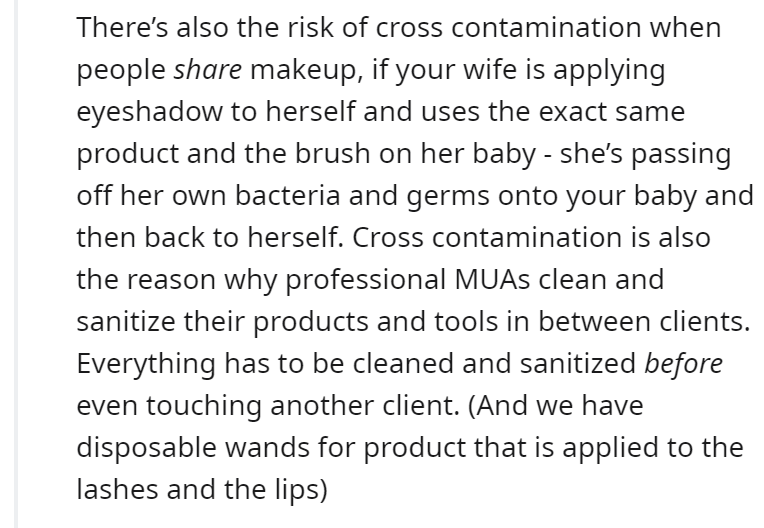 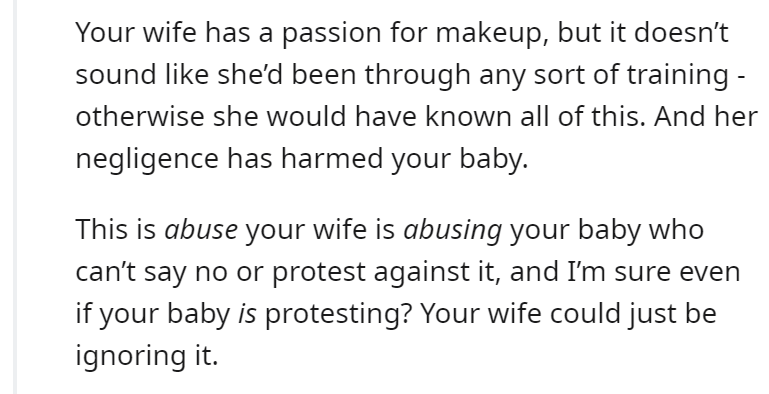 Kids this young shouldn’t wear this much makeup in the first place because it can be quite harmful. 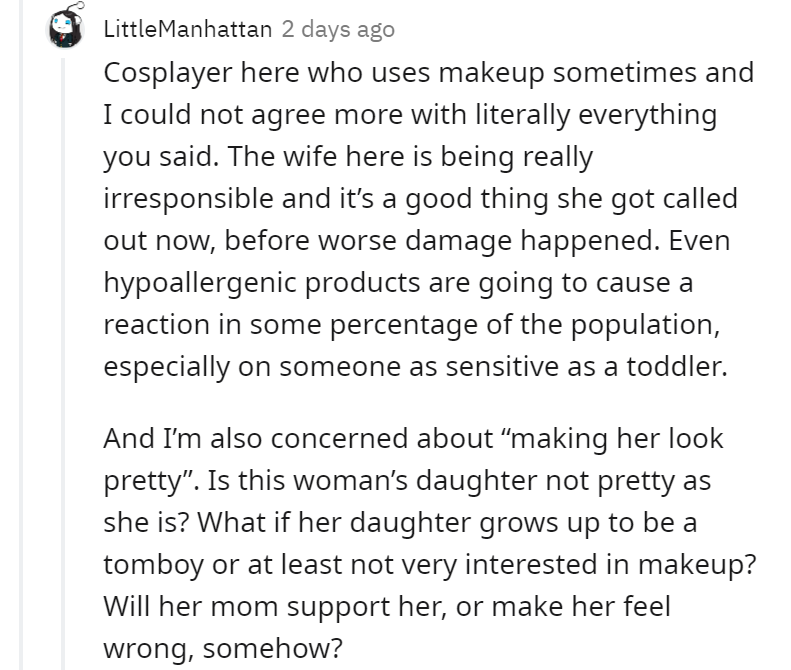 Hopefully, she learns a lesson after this but her reaction says otherwise. 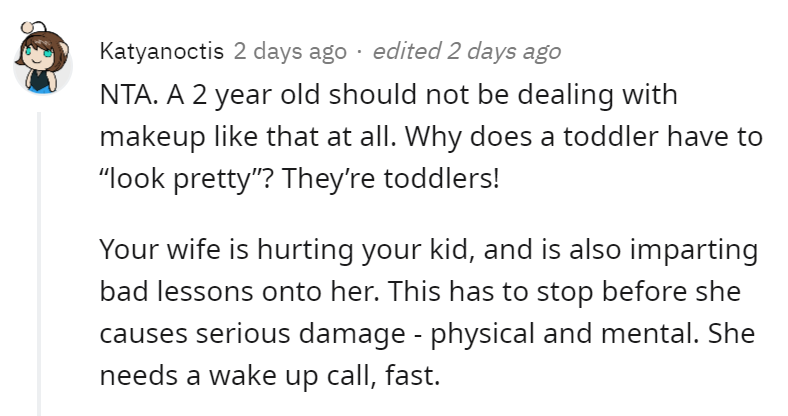 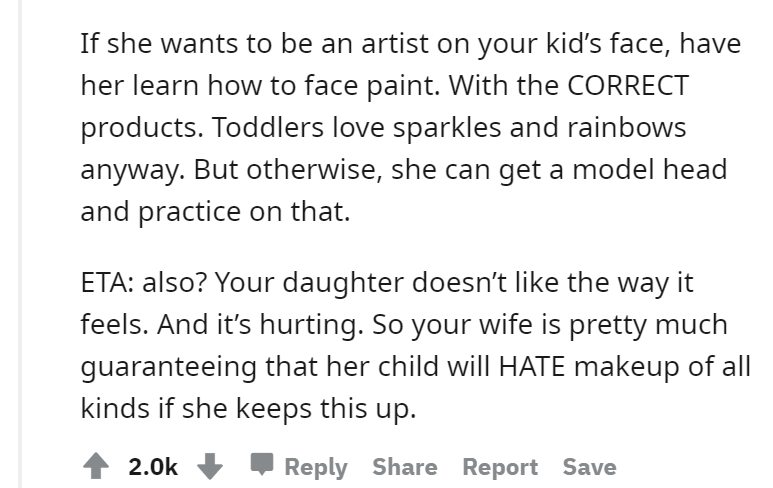 NTA. Your wife is delusional no two-year-old needs a full face!! She’s a baby of course she’s not paying attention to make-up. Honestly, she doesn’t sound competent enough to be left alone with the child. –ConstantMoney7

How would you deal with this situation? Comment down below and let us know.