The world is evolving.

People are advancing and things are moving at a really fast pace. Things aren’t how they were a couple of years ago. Human minds and mentalities are changing. People are moving out of social norms and breaking the chains that cultures and traditions had bound them to. One of these outdated norms is dividing humans into two genders. This is causing a lot of chaos for a few people. Those who don’t fit right into the “men” and “women” moulds are becoming victims of transphobia.

This transphobic behaviour is usually reflected when trans people enter a bathroom of their own gender. These situations are usually met with violence, hatred, and discrimination. Some businesses have decided to tackle this problem by introducing “family bathrooms” or “gender-neutral bathrooms.” These bathrooms are free for everyone to use, regardless of their gender. However, one woman tweeted her experience of sharing a gender-neutral bathroom with a man and said she felt “violated.” Read the story below:

Twitter user MaryBear__ tweeted that a man walked into the bathroom while she was washing her hands. In the meantime, another man stood outside until she left. She was offended by the first man and appreciated the other. 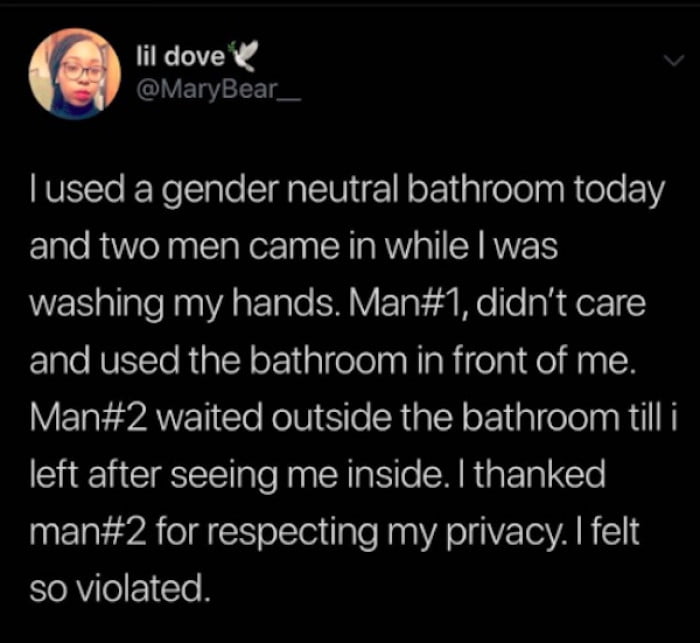 She explained it was an open toilet. What exactly is the problem here? 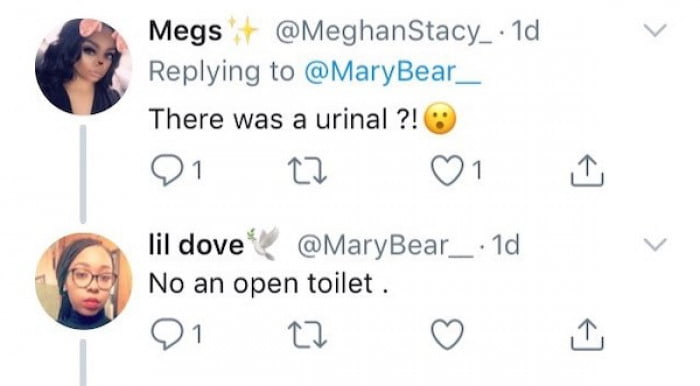 She gave more details about the stall. 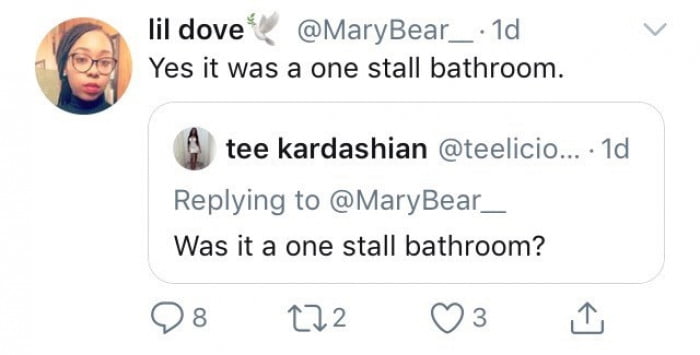 People were not happy with her tweet, but she still got some support. 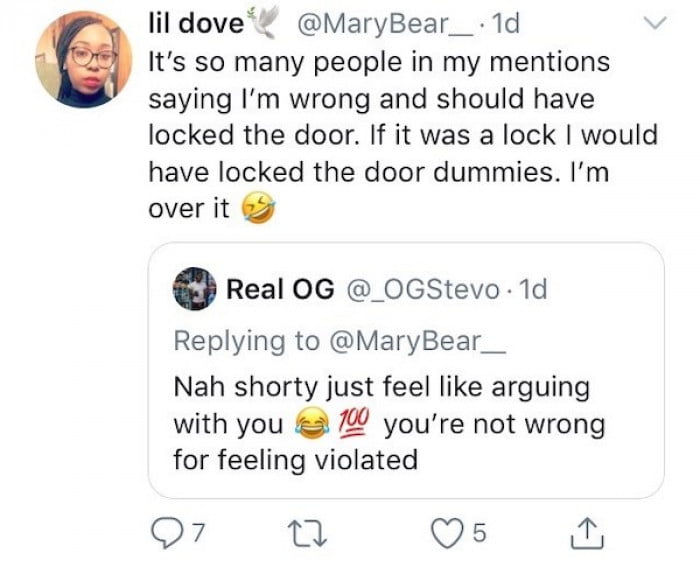 Even though she quickly deleted her tweet after the backlash, the Internet does not let you forget. That is where screenshots come in. 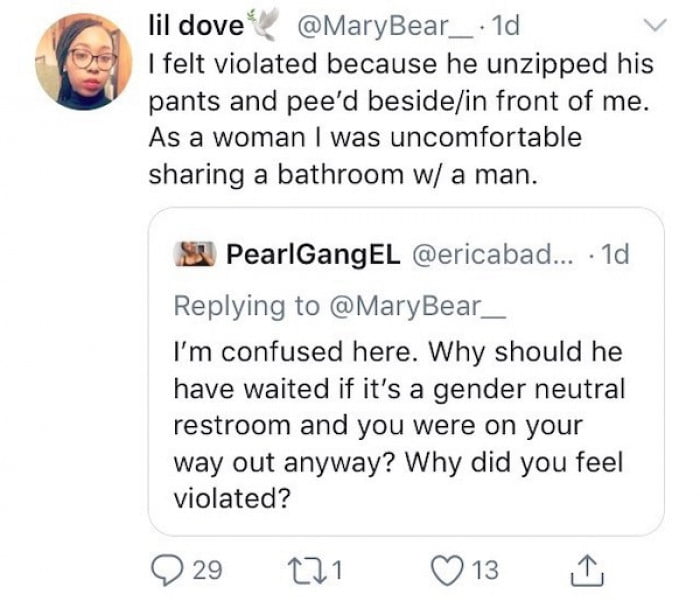 If it was a one-person bathroom, yes, it might be rude to go inside while someone was still in there. However, she never mentioned that anywhere and the man standing outside was only waiting for his turn. She also jumped to extreme scenarios to defend herself. 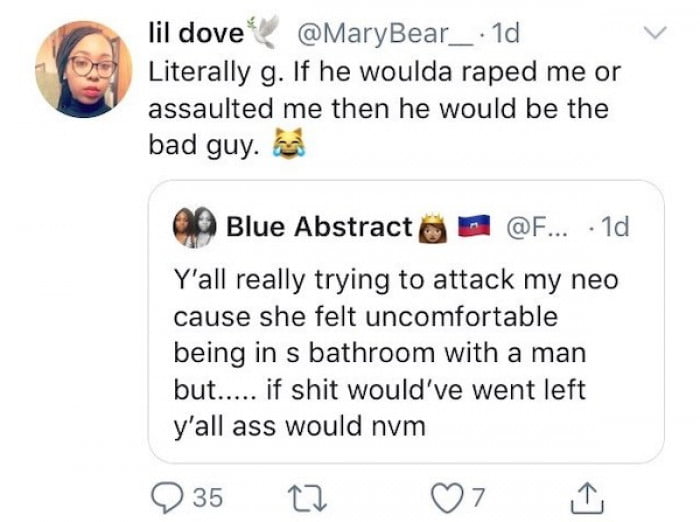 People analysed her story and came to their own conclusions. 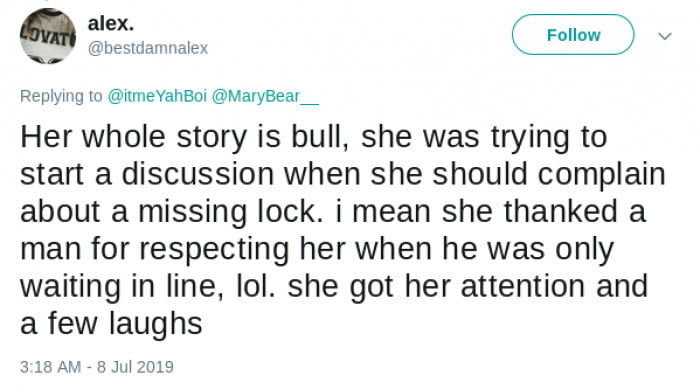 It caused a lot of confusion, obviously.

And you can’t face a situation without making memes about it. 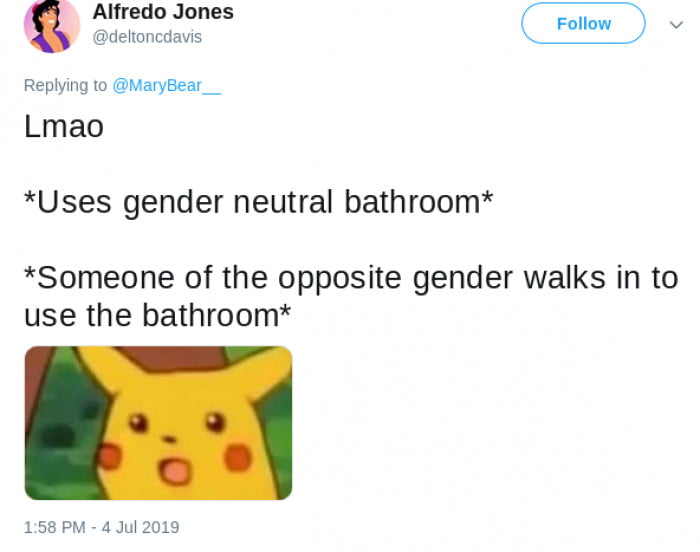 She knows what “gender-neutral” means, right? 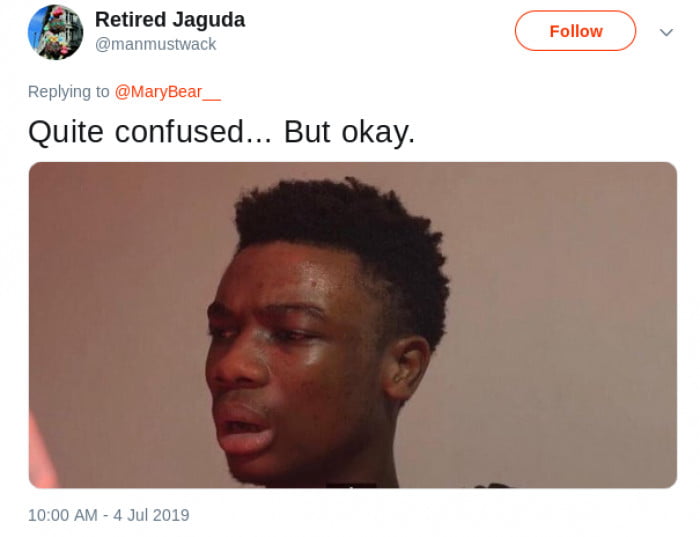 Her tweet even made it to Reddit in r/MurderedByWords where it was continued by a sensible reply. 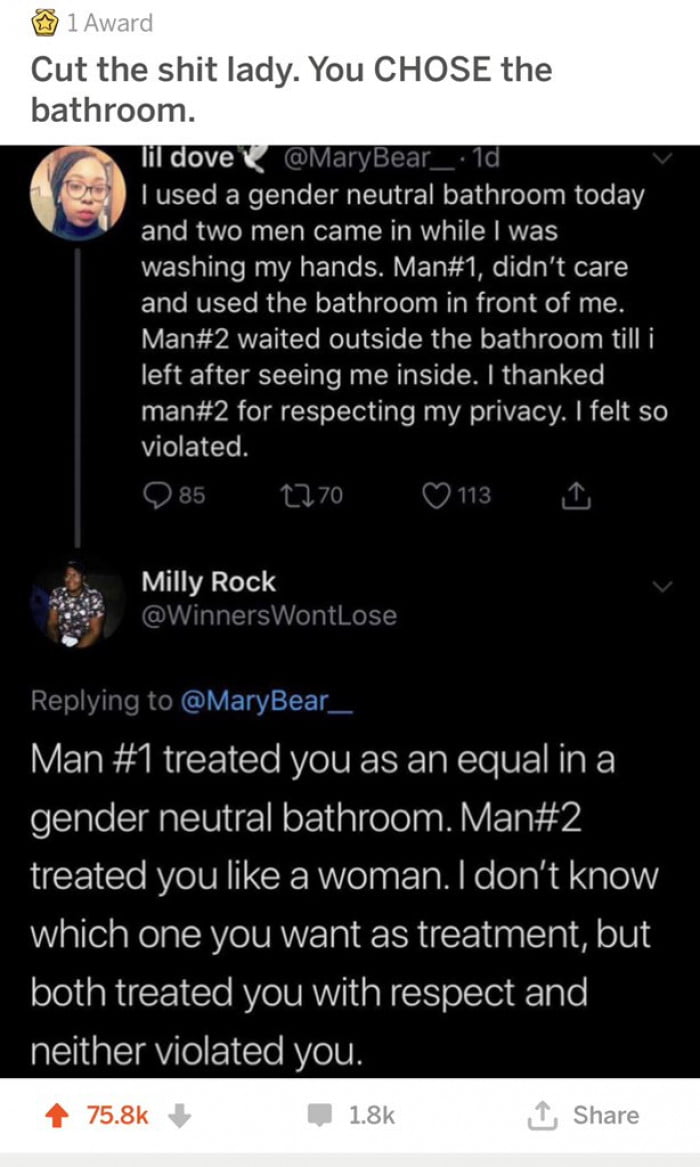 Do you think the woman was in the wrong? Or were her feelings completely reasonable and valid? Let us know what side you are on and voice your opinions in the comments below.