Fellas, is it gay to sleep with your friend?

Sleeping in the same bed with your friends should be considered normal, regardless of gender. Women have sleepovers all the time and share beds with their friends. No one bats an eye. However, if a man does it, people raise a lot of questions. Since when was this such a complicated thing?

Meet Stephen LaConte, a writer at Buzzfeed, who gives advice to people over the Internet. 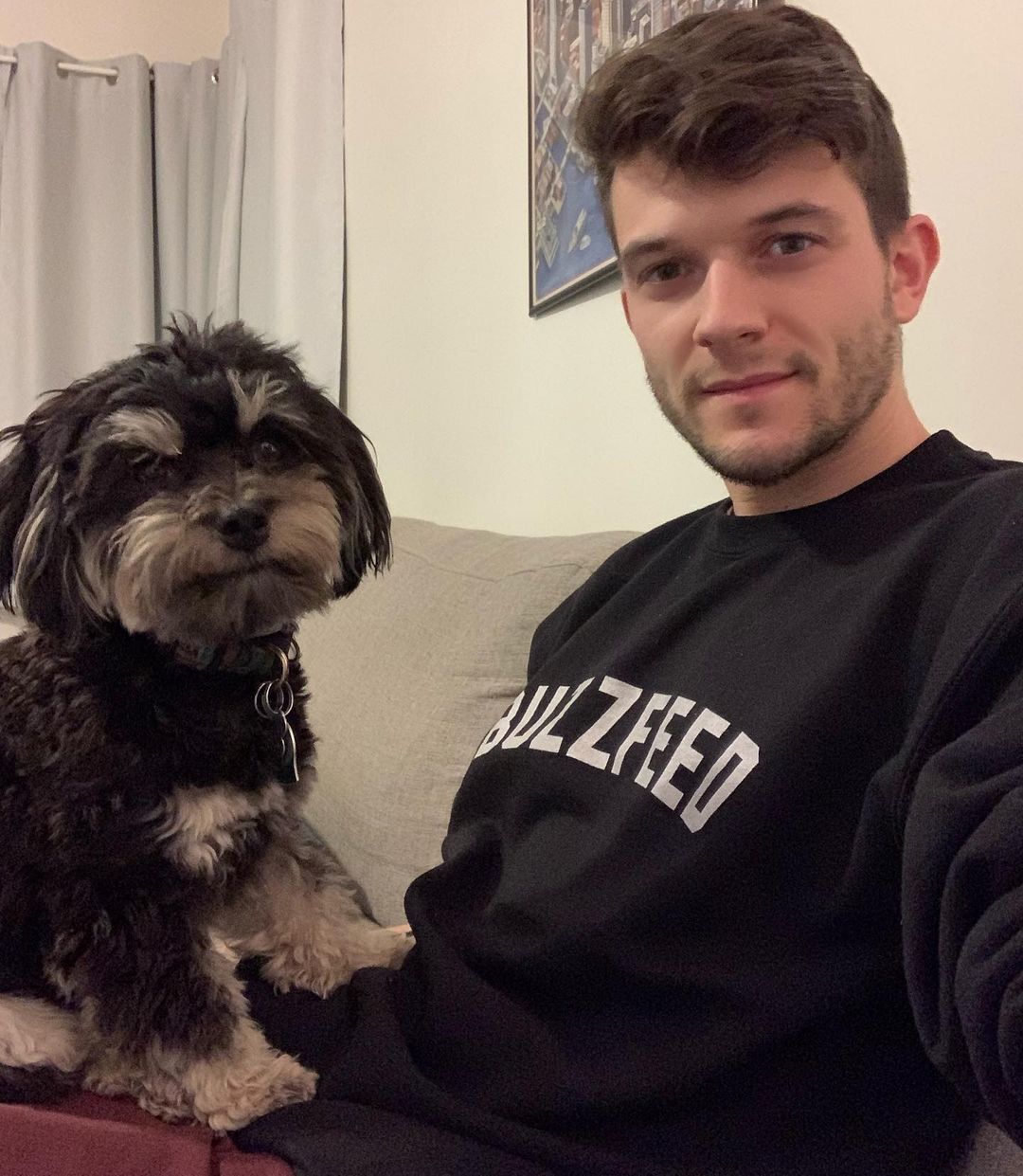 So, a woman asked Stephen for advice regarding her boyfriend. Her boyfriend’s male friend was visiting him, and he asked his girlfriend to sleep on the couch because he wants to share the bed with his friend.

This was the original DM by the girlfriend.

So basically, there are two main questions that the woman is asking. She wants to know whether her boyfriend’s behaviour is normal and if she should be worried about this. 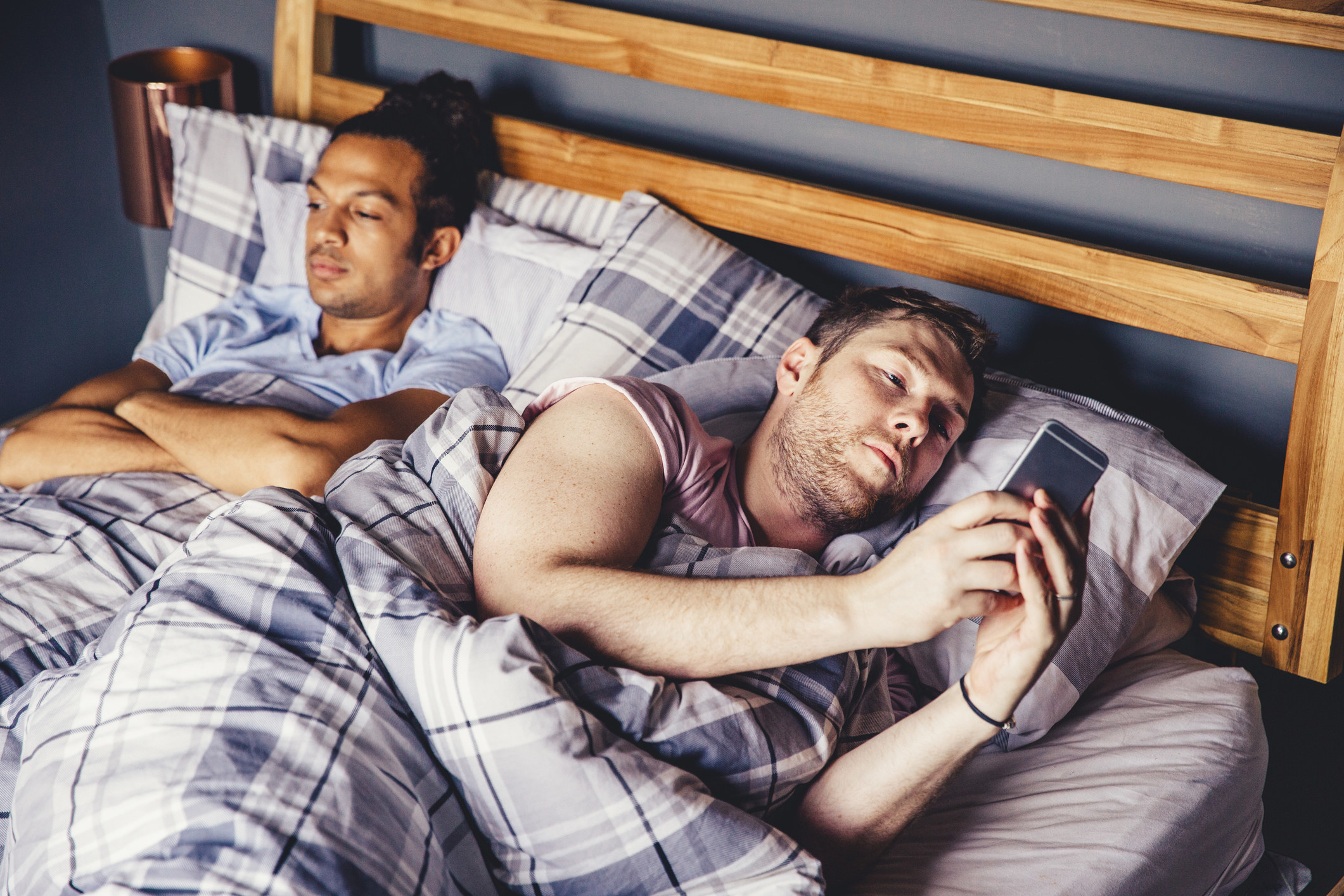 So, addressing her first question about whether or not this behaviour is “normal”, Stephen offered his advice.

He looked into the dictionary meaning of the word, which means this behaviour should fit into regular standards. He wrote:

“I think it’s safe to say that your boyfriend’s bed-sharing routine is not the standard for straight male friendships, at least in America. A variation from our society’s norms, for sure!”

Well, it is true. No matter how much we want this to be normal, it isn’t normal for guy friends to share a bed when a girlfriend is around. They usually just make the friend sleep on the couch. So, yes. It definitely isn’t “normal.”

However, Stephen looked more into the matter.

Just because a behaviour or action isn’t “normal” or usual, does not necessarily mean it is wrong.

“But “normal” shouldn’t be the goal here, because “normal” doesn’t tell us anything about whether the behaviour is good or bad. For example, if we’re judging things solely by how standard they are, the “normal” thing for a straight guy to do in this situation would be to outright refuse to share a bed with another man, maybe even dropping some casual anti-gay language in the process.” He explained how all this is just a result of toxic masculinity. Toxic, fragile masculinity is “normal” in our culture — but I think you should be glad that your boyfriend doesn’t abide by those rules.

If women can do it, why not men?

Sometimes two male friends just want to spend some time together, what is so wrong in that? Why does that raise questions for people? It doesn’t happen when women do it.

“Platonic, nonsexual friends should be able to share beds together without raising an eyebrow, and sometimes it just makes good, practical sense to do so — like when a person is traveling and doesn’t have a bed of their own to sleep in, as is the case here. Perhaps you’ve shared a bed with a female friend on a trip before. It’s common among women.” he wrote. 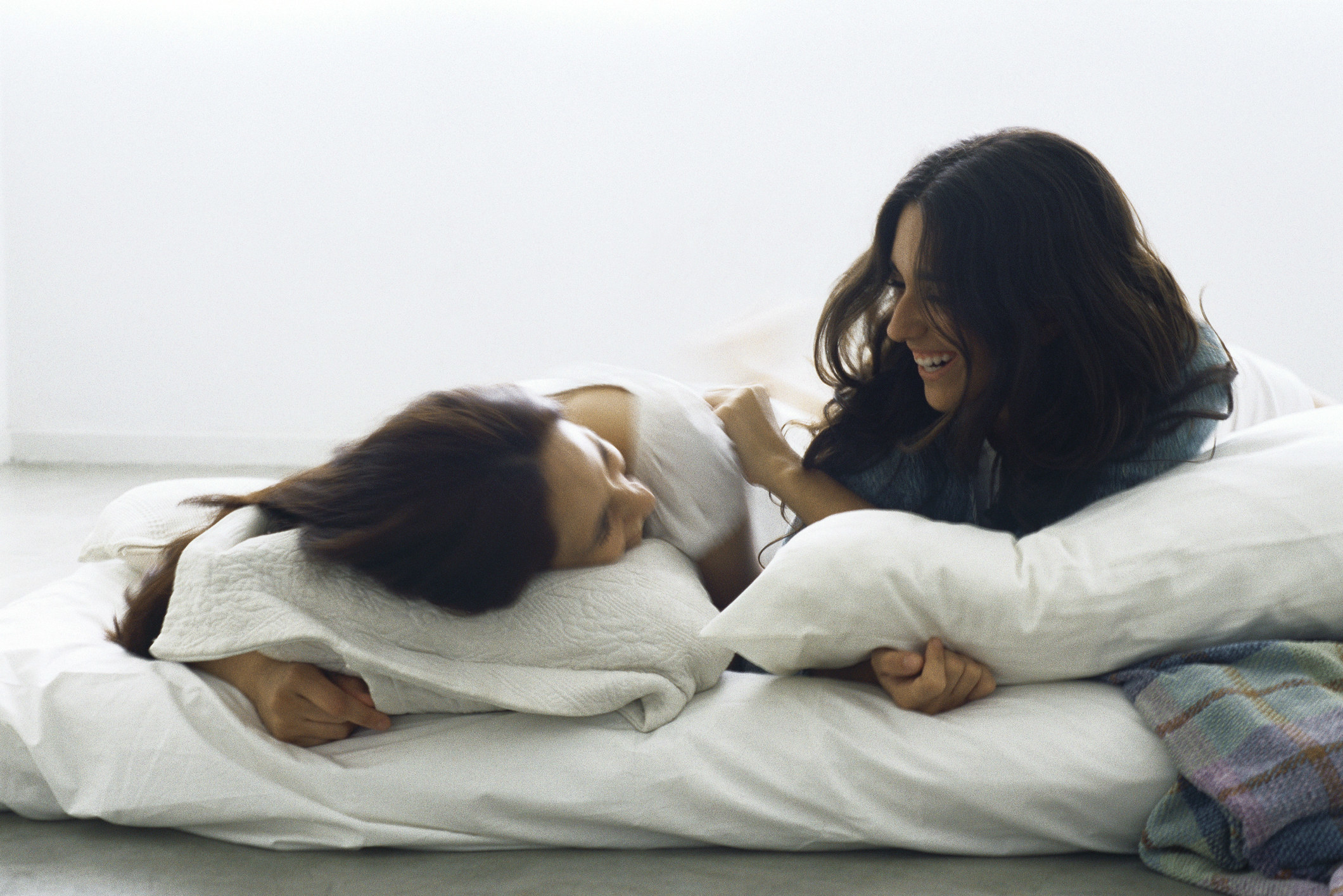 But it seems like the woman’s main concern is whether or not her boyfriend is cheating on her by having a secret affair with his friend. Stephen came to the conclusion that he isn’t, because if he were, he would do better to cover it up.

He explained, “And I don’t think this is some indication that your boyfriend is secretly having an illicit affair here if that’s what you’re worried about. Call me naive, but I think if your boyfriend were having sex with this guy, he’d be a little more discreet (and a little less bullish) about sharing a bed with him.”

Now, to discuss the second question: Should she be worried?

Regarding the cheating or something secretive going on, she shouldn’t worry at all. But Stephen highlighted other things she should look into.

“And that brings us to your second question: Is this something you should worry about? Well, I certainly don’t think you need to worry about the actual act of your boyfriend sharing a bed with another man, for all the reasons I outlined above. BUT…” 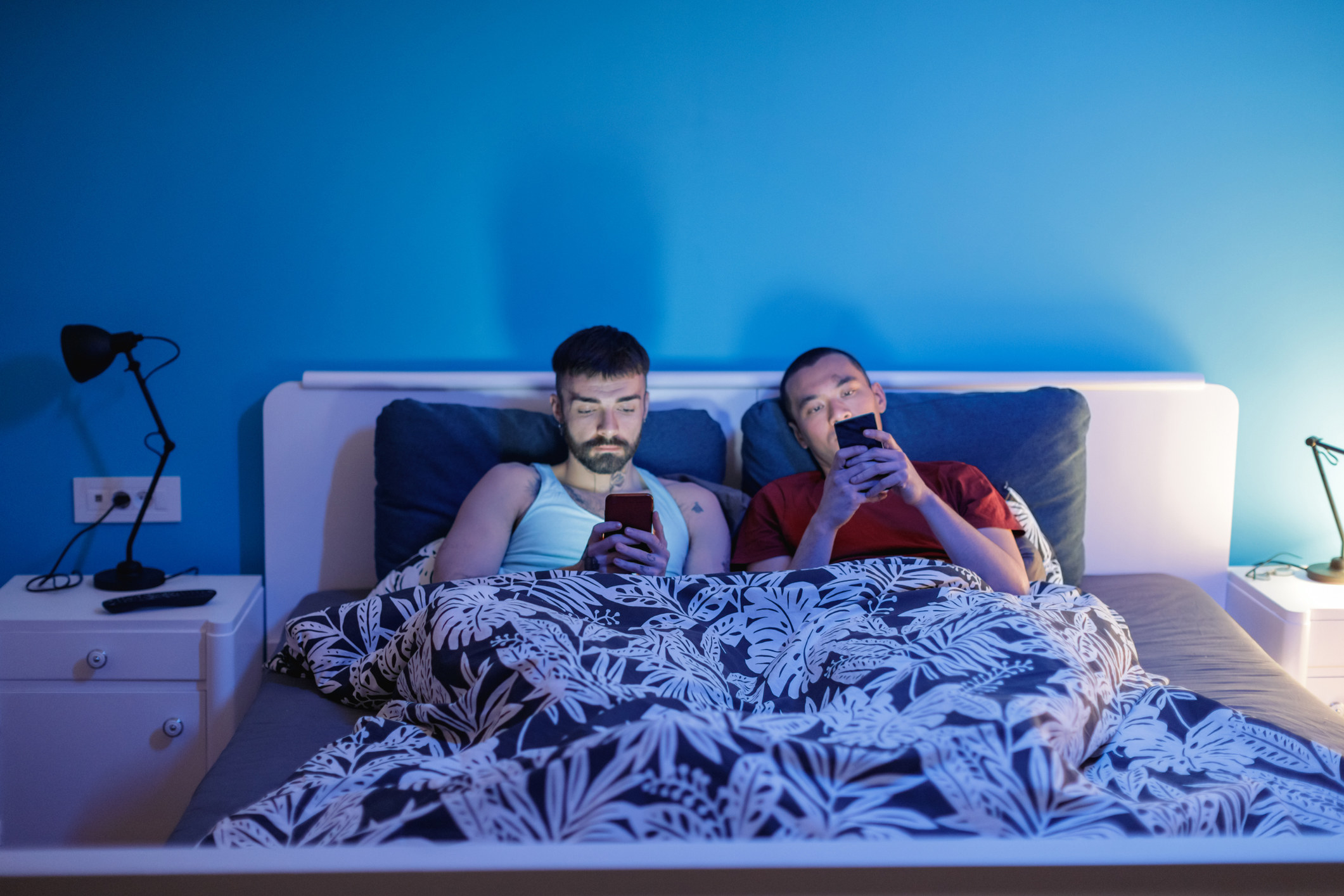 The writer was more concerned about whether or not the woman is respected in this relationship.

Some of the things the woman casually stated in her DM raises some serious questions. Is this even a healthy relationship? He says very unkind words to her, which she treats normally.

“…I do have some questions about how this whole situation was brought up with you, and whether you were treated with respect in the process. You mentioned that your boyfriend said he’d be “very upset with you” if you came between his plans and that he “already thinks [you’re] dramatic.” I don’t have enough context to know exactly how those statements were made or whether they’re a sign that your boyfriend is being unkind to you. But I am left wondering about them.”

I think there are more serious questions she should ponder over.

He asked the following questions from the woman:

“So let’s put aside the questions about bed-sharing and ask some different questions instead: Is your boyfriend good to you? Does he respect you? Do you trust him? Do you typically feel comfortable sharing your feelings with him without being labelled “dramatic”? Are you happy in the relationship?” 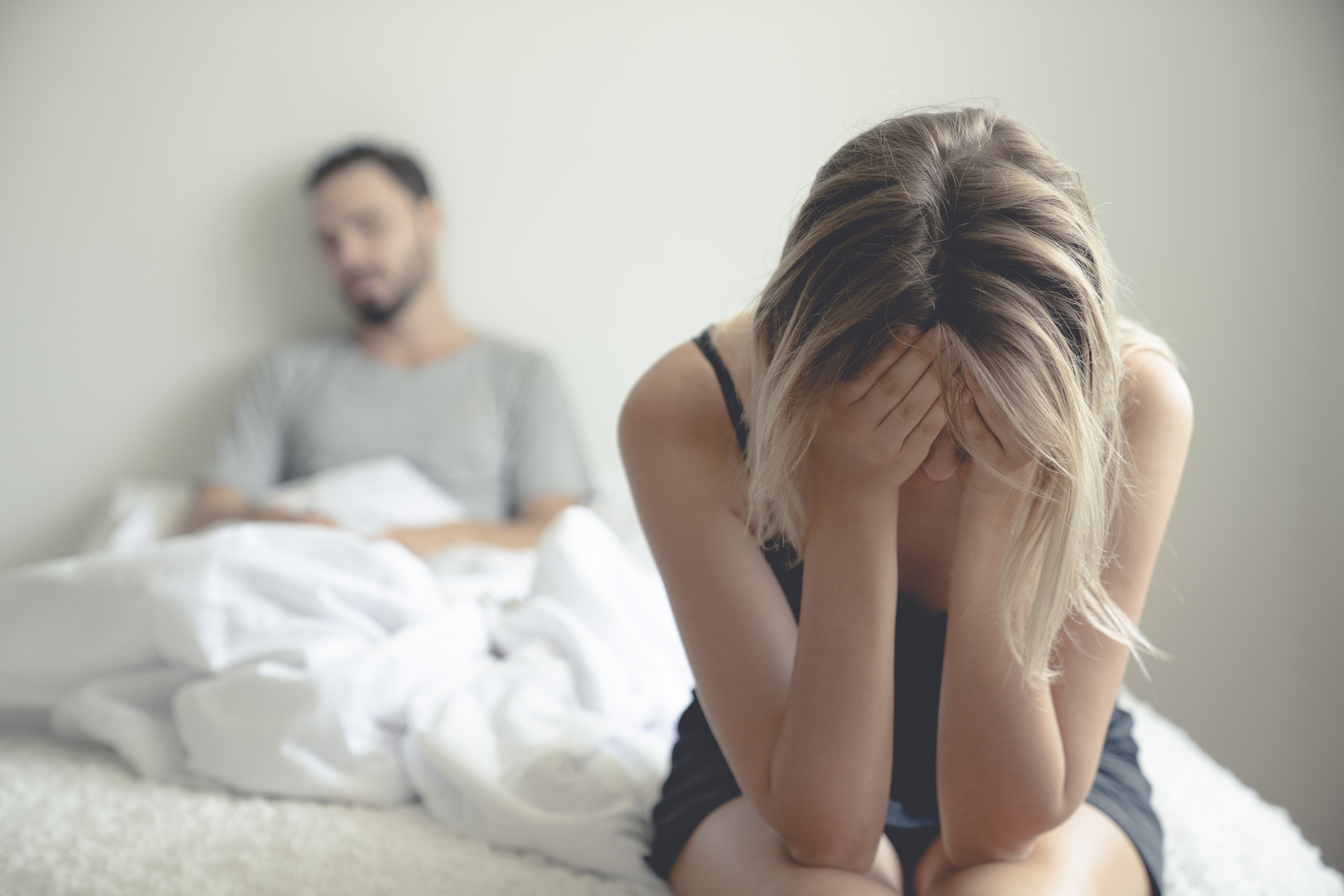 There are only two outcomes. If this is normal behaviour and her boyfriend respects her, she has nothing to worry about. But if that isn’t the case, she has more serious things to worry about.

“If you can answer “yes” to all of those questions, great! Let him share the bed with his friend (and maybe just crash at your own place that night instead of resigning yourself to his couch). But if you answered “no” to any of the above, well, that might be a problem more worthy of your focus than the sleepover.”

Long story short, it is most likely that he has nothing going on with his friend, but he might not respect his girlfriend. 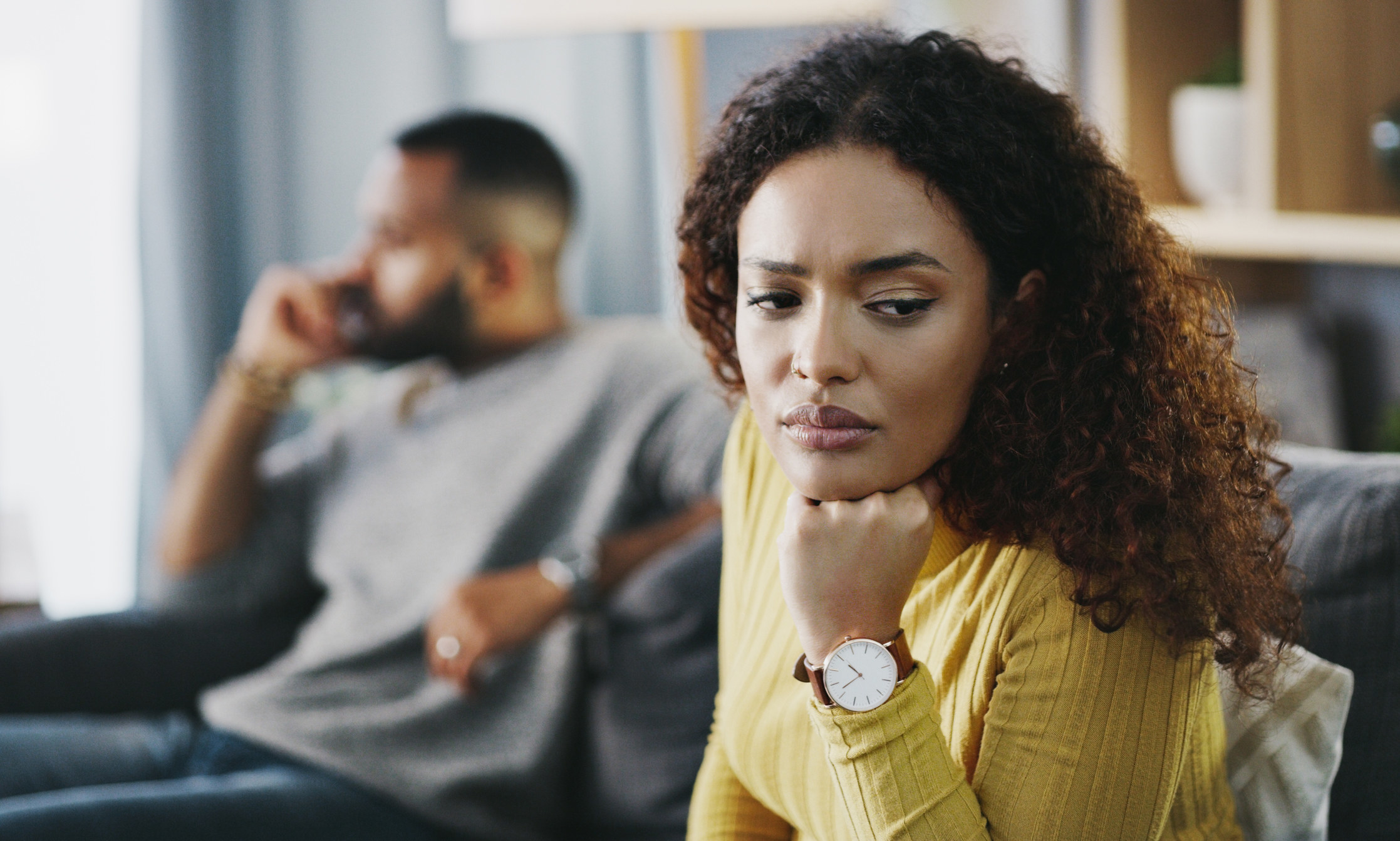 What do you think about this situation? What would you advise the woman? Leave your opinion in the comments below.