Disney movies, and by proxy, Disney Princesses, have been a part of all of our childhoods in one way or another. Unlike some movies, like romcom or action movies, they were not stereotyped to be for one gender or the other, and were parcelled for children of all ages. As adults now, we can reminisce about these movies, even if our tastes have changed to something more graphic. For example, zombies.

As a child, the concept of zombies was absolutely terrifying to me, and I shouldn’t have known such a thing even existed if you ask me, but as an adult, I love zombie movies. There’s a way artists approach inspire themselves, and that’s to give a twist to a commonly held belief. Dragons, but instead of fire, they breathe lava or pure blackness. Mental illness, but instead of vague concepts, they’re houses or demons. Disney Princesses but instead of dainty and soft, they’re murderous zombies 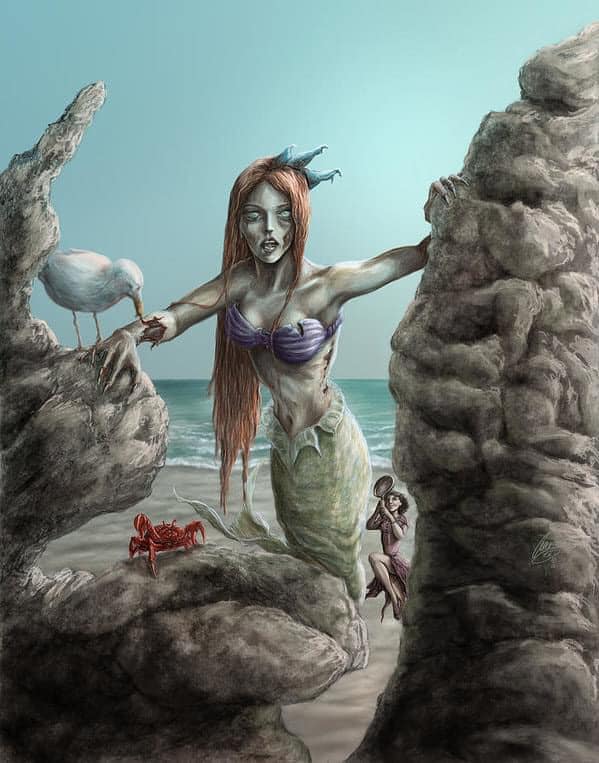 It was as the Grimm Brothers intended!

Folktales are as old as human civilization itself. A synthesis of the spoken and the scripted, a fusion of different accounts of the same story. The story of Cinderella, for example, appeared in ancient China and in ancient Egypt. Details in the telling change depending on the storyteller’s cultural origins. In Egypt, her slippers are red leather, while in the West Indies, breadfruit, not a pumpkin, is the transformative object. The story of Cinderella that appears in Jacob and Wilhelm Grimm’s collection of German folktales, first published in 1812, might shock those familiar with today’s version of a scullery maid turned princess. 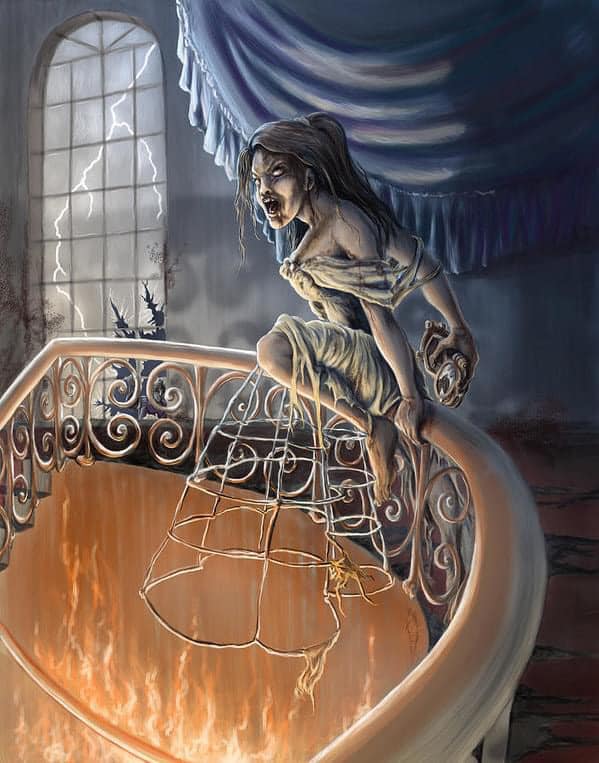 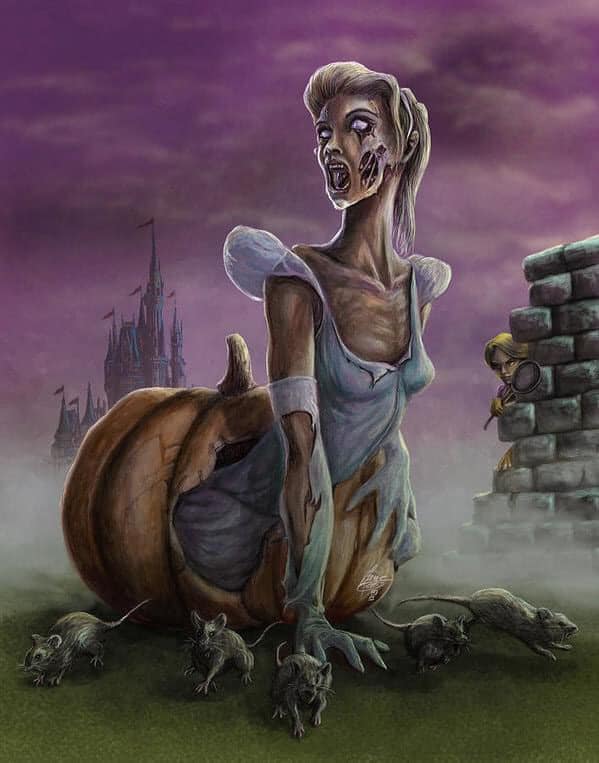 In the brothers Grimm telling, the heroine is called Aschenputtel, and her wishes come true not from the wave of a fairy godmother’s wand but from a hazel tree growing on her mother’s grave, which she waters with her flowing tears. When the prince comes to find the dainty foot that will match the single slipper (which is gold, not glass), the stepsisters do not shove and shriek but dismember, one cutting off her big toe to try and make the shoe fit, the other cutting off part of her heel. And at the story’s close, Cinderella’s wedding to the prince includes two white birds, which rather than cheerfully tweet Cinderella on her way to happily ever after, peck out the stepsisters’ eyes. 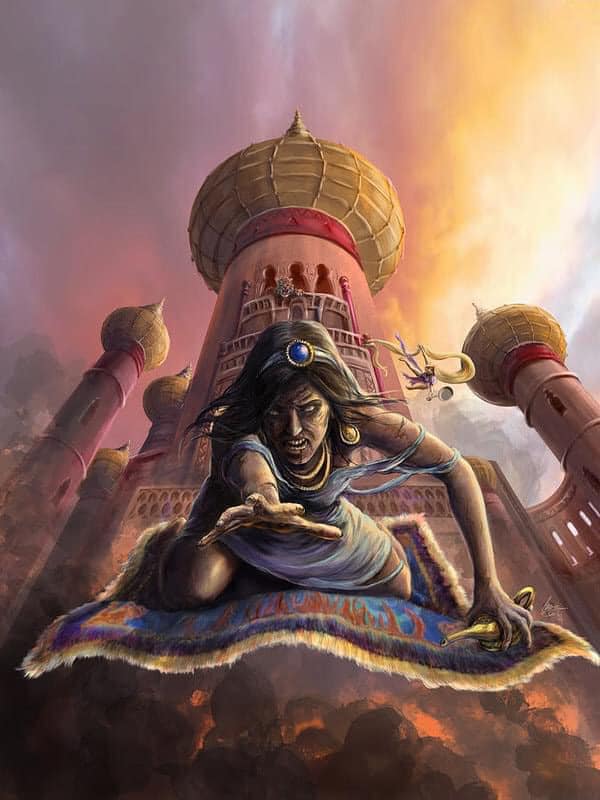 The Grimms had not intended to publish a book of folktales. They wanted to resurrect the German oral tradition, but in the process, they ultimately curated a culturally encompassing collection of tales. Though the brothers became a household name because of it, Children’s and Household Tales was part of a bigger pursuit, to excavate and preserve the oral and written forms of German culture, to restore this treasure to the people. 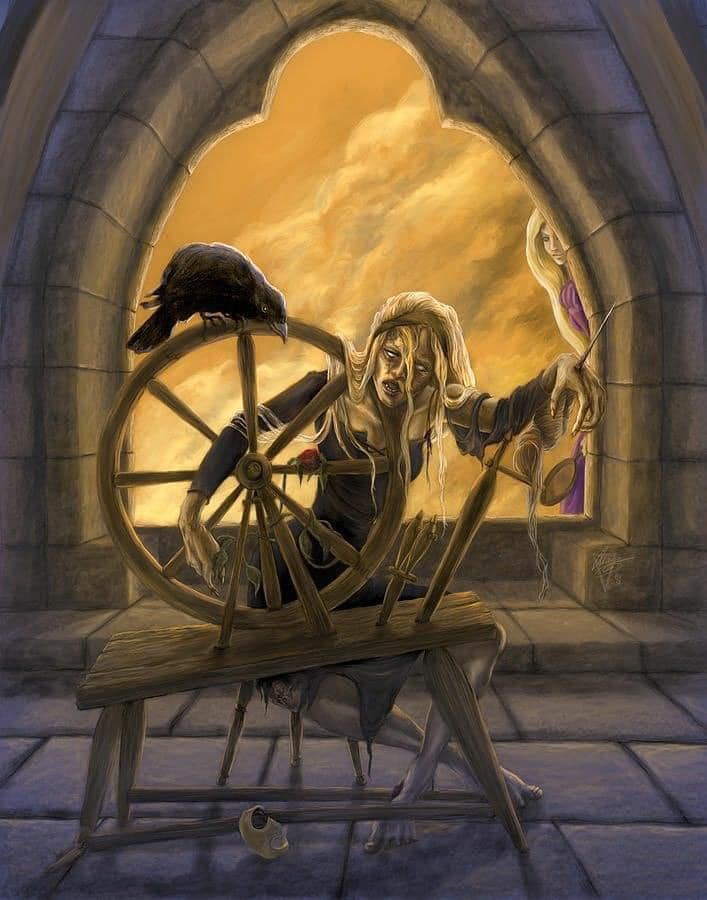 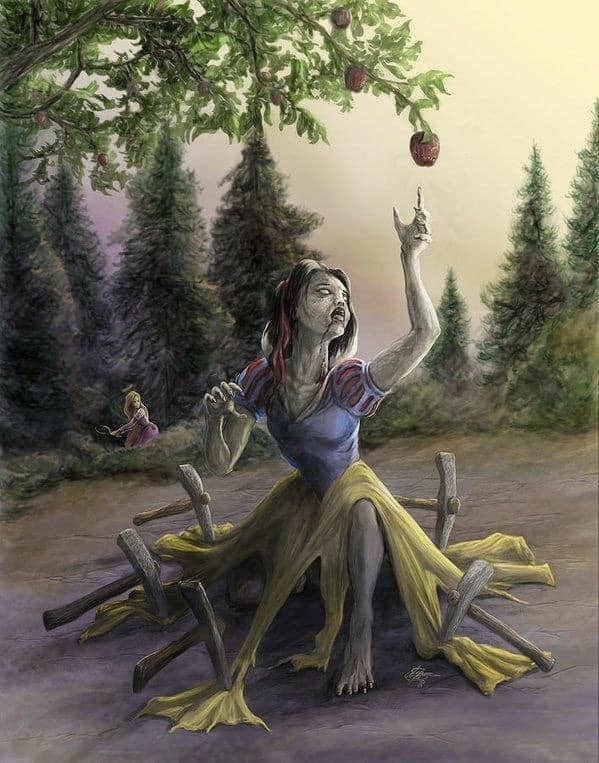 What did you think about the zombified versions? Tell us down in the comments!