What if the Addams Family rented their house?

I know its weird question but it is an interesting one none the less. You might be thinking who actually thinks of this stuff? Well, let me tell you, it’s Tumblr. But in all honestly, many people have also imagined what it would be like for the college students if they lived with the Addams family.

Nobody ever said it would be easy. However, One thing I can perceive is that they will be ready to go out in the big bad world after living with the gothic family. I don’t know about you but I certainly want a TV show with this premise.

They would surprisingly be pretty nice to the students. 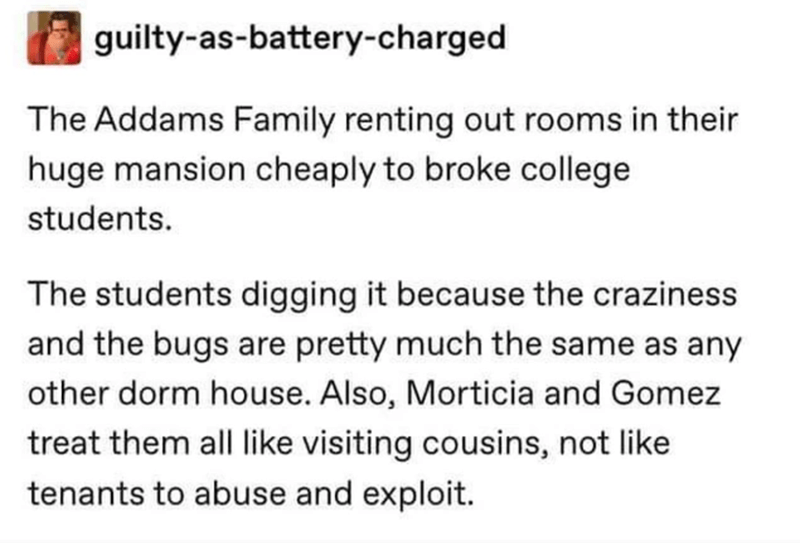 Well as nice as they can be. The students might be a bit thrown off by their exterior at first but they will soon come to love the hectic lifestyle.

Won’t any story turn into horror/ gothic when you live with the Addams family? 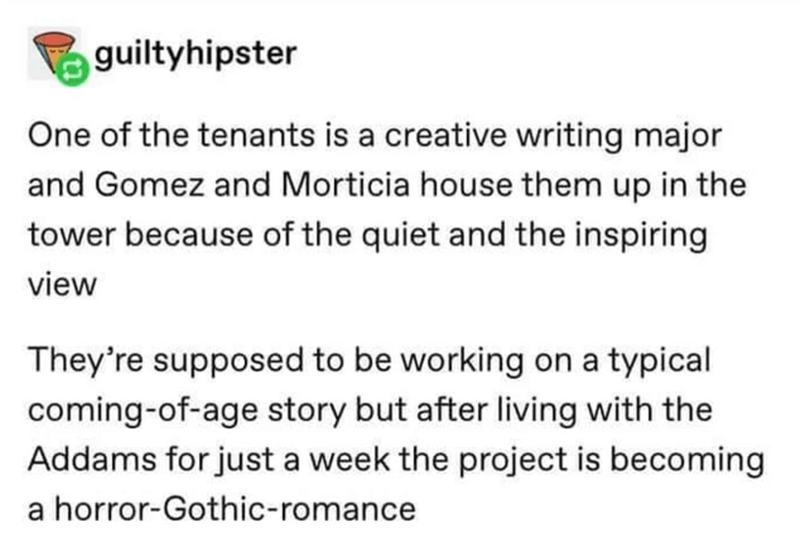 And that young writer later turned to screenplays. His name, Tim Burton. -DYLANLEE79

The students will also have quite a lavish lifestyle. 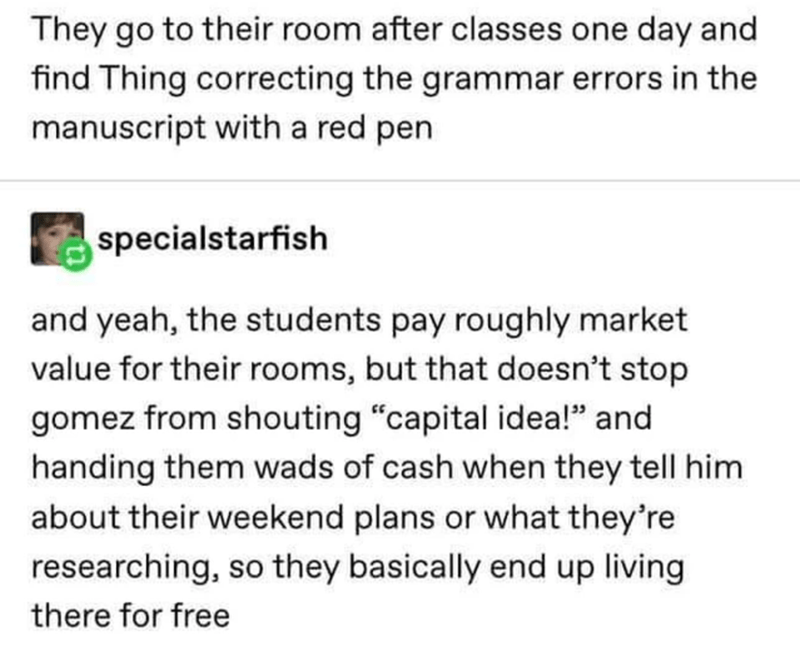 Who’s writing the script and when is the movie being released???? -Bidango

They will also learn a lot of new things. 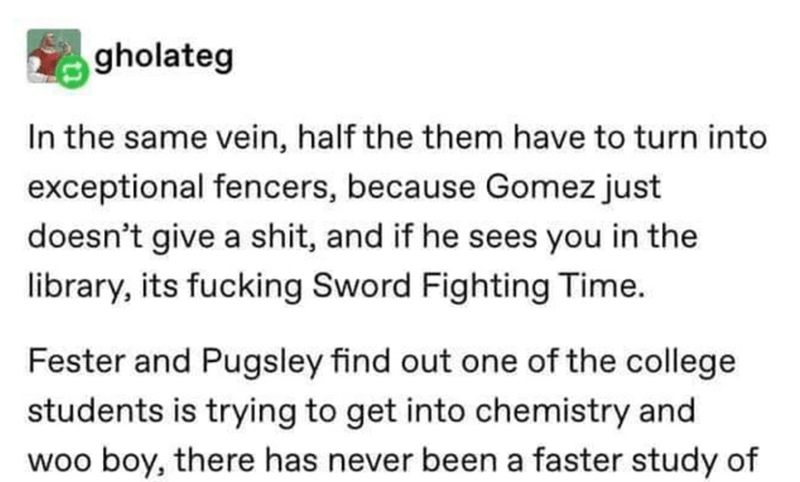 Particularly things that wouldn’t be allowed in any normal college. 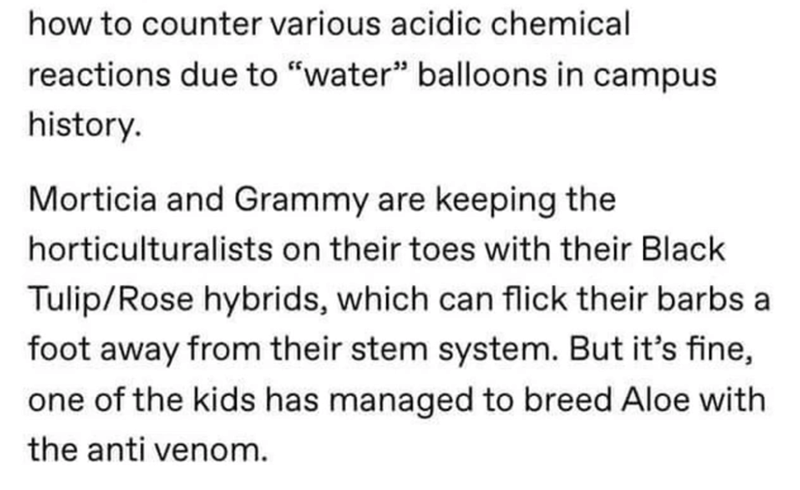 But it will also help the writers become better acquainted with failure and criticism. 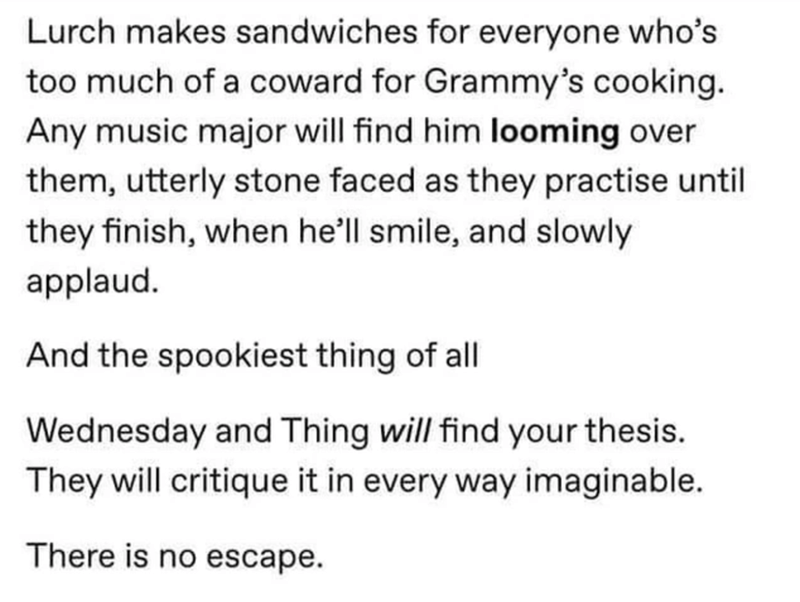 The medical students would be perfect in the ER. 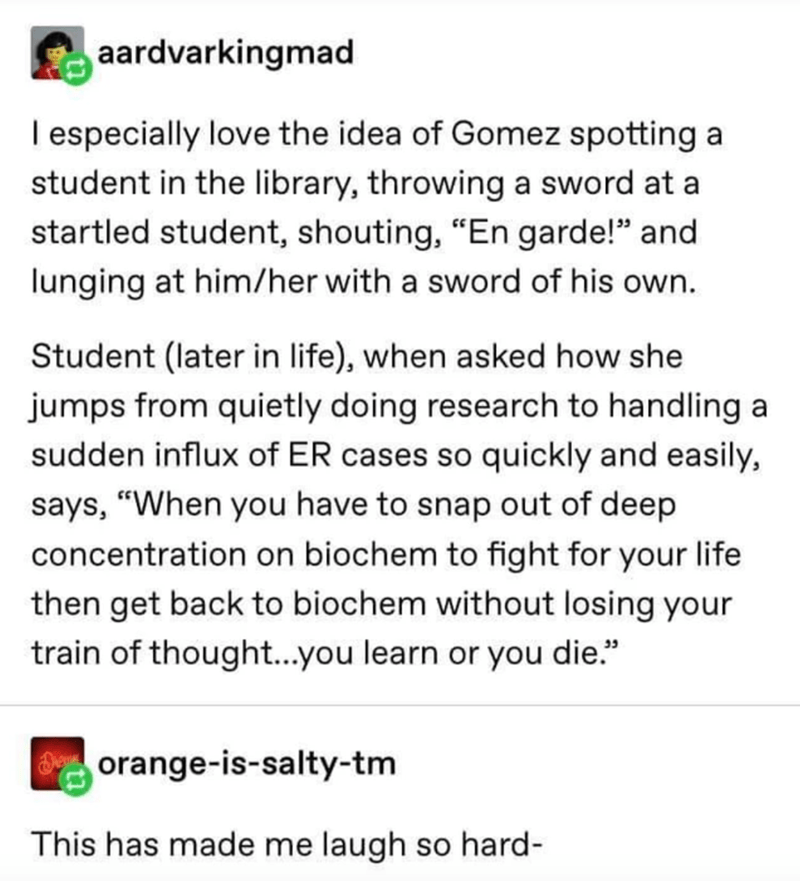 Tish teaches the French majors how to use simple everyday expressions to turn any man into a lovestruck puppydog. -Gianttesticlemonster

The house plan of the Addams family home. 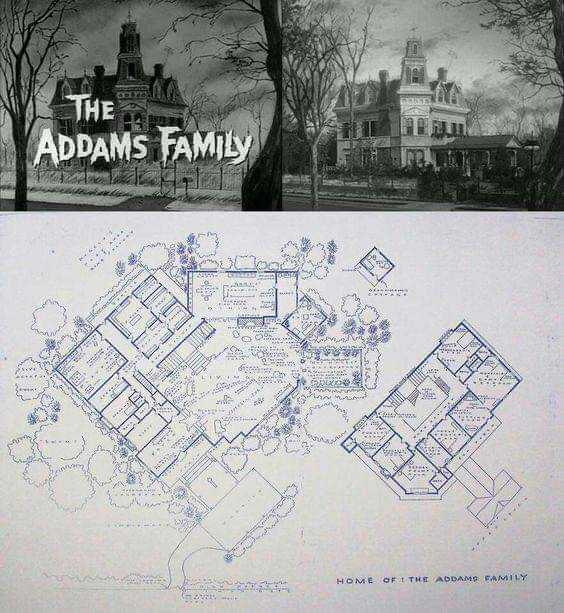 There is certainly enough room for a few students to squeeze in. What do you think of this new idea? Would you want a TV show reboot with a similar premise as this?

Comment down below and let us know what you would like if this idea was to become a show. Don’t forget to tag your friends who’d love to see this happen.