Student loans can really put a dent in your income.

I mean student loans are the reason many people decide not to go to college after all. I understand that it is the only way for many people to do what they want to do. But rarely do we expect the interest to just keep mounting on us until we can’t even breathe. All of this started when one Twitter user shared how much student loan they owed and how they were never going to be able to pay any of that.

Even if you make steady monthly payments, it’s not as if the Interest is ever going to halt, so it rarely makes a dent in the principal amount. Many of the following people have only been able to pay off the Interest in several years and haven’t even touched the original amount they got as a loan. In this economy nobody is getting a job anyway so how are they supposed to pay? I have no idea so that is why we have compiled a list off people who have no hope off ever being debt free.

#1 So we start off with a bang and my head is already spinning. 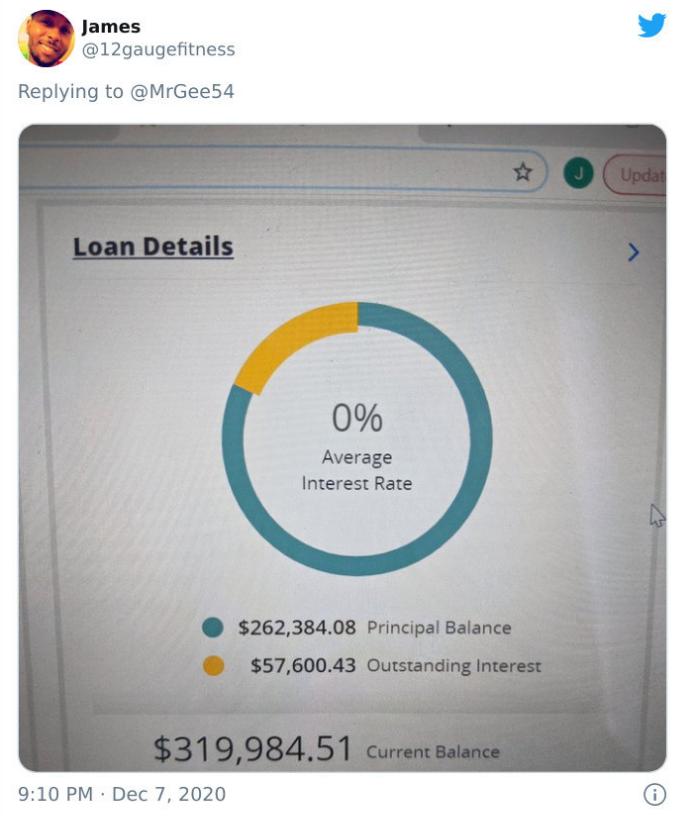 #2 The existential dread can make anyone laugh.

#3 So many people are in the same boat as the degree is no help to them some times. 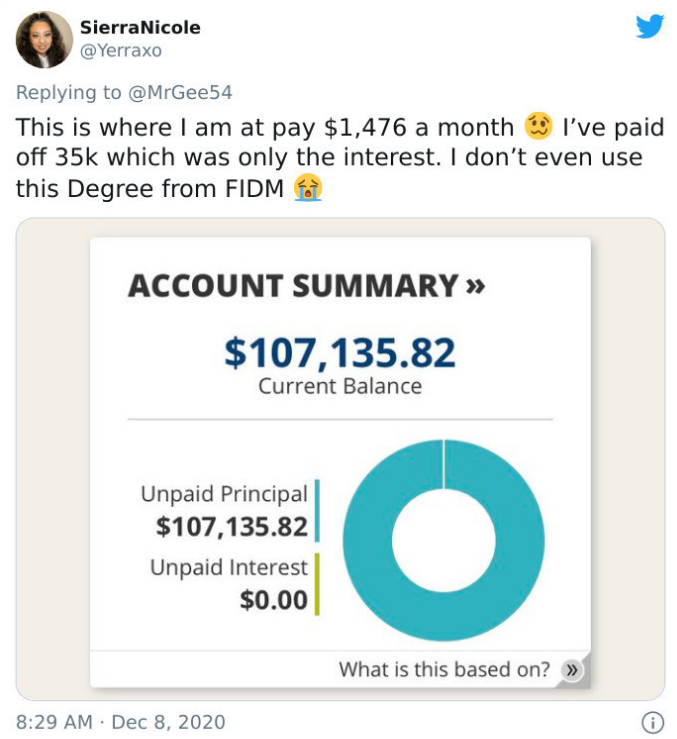 #4 It is just a mythical number that is stuck at that magical amount. 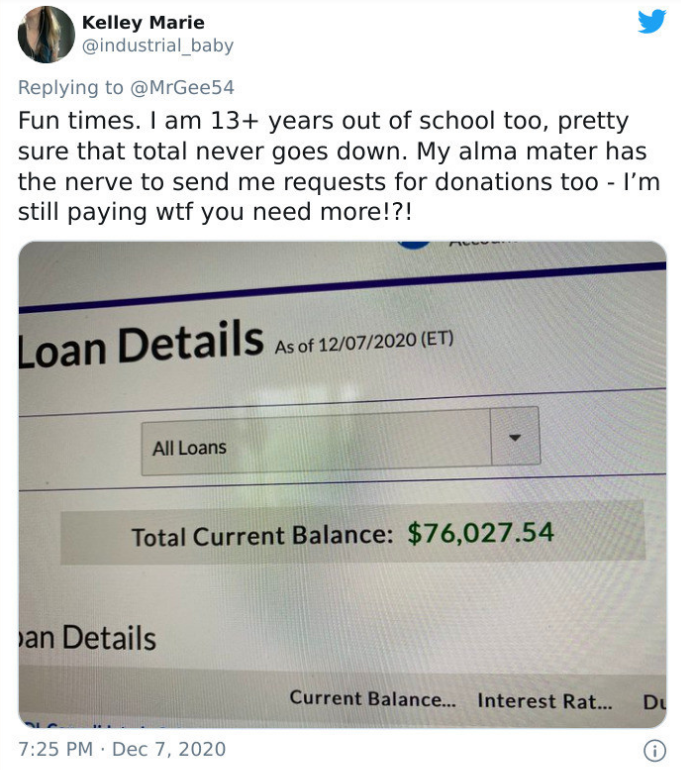 #5 Look at Twitter users coming together over being broke. 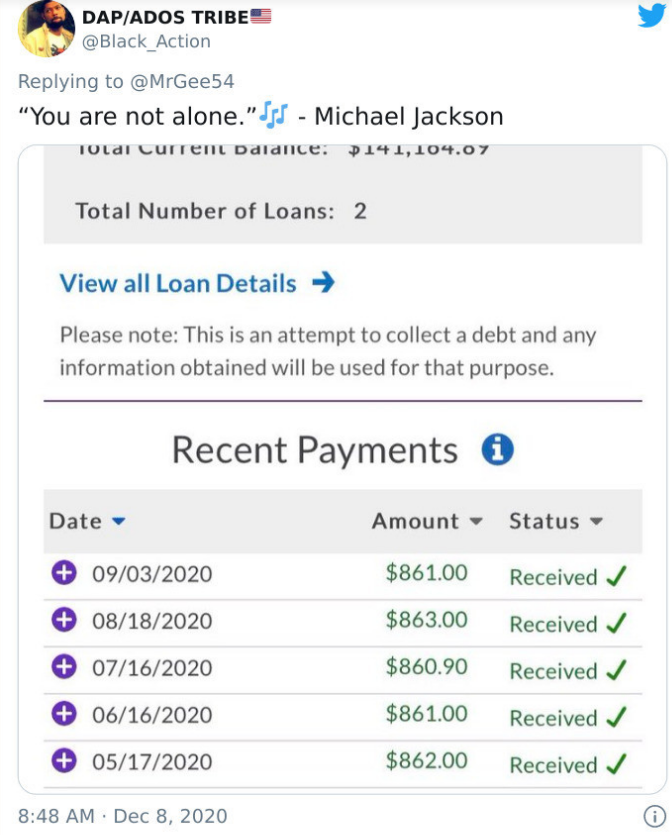 #6 I need to speak to this God because I need some help as well.

#7 Do you really want to undo that though?

#8 We are unable to fight in this battle any more. 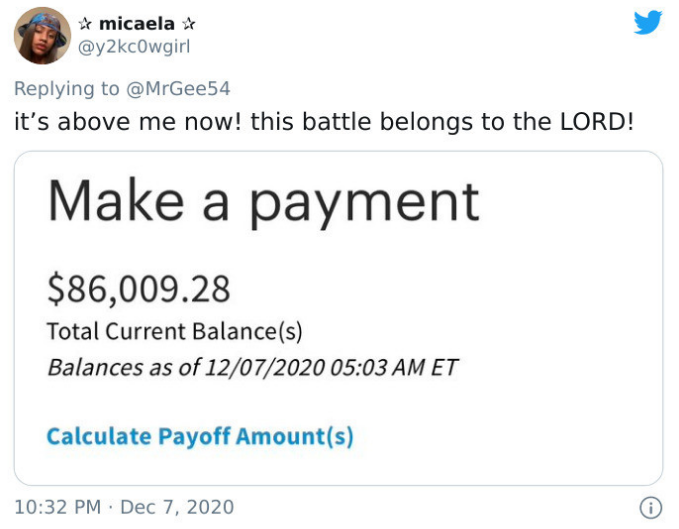 #9 Should anyone really be proud over that fact?

#10 Already getting that sinking feeling?

#11 Maybe Biden will listen to you. Who knows?

#12 I wouldn’t want to be in your shoes right about now.

#13 So rather than decreasing, it actually went up?

#14 At least you are more than halfway there! 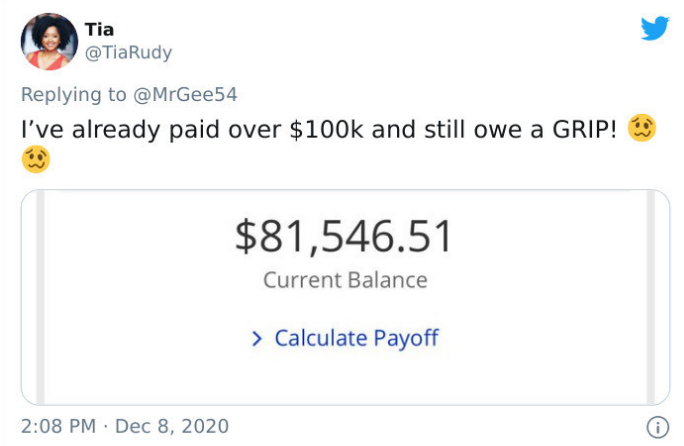 #15 I am going to need a doctor after reading this.

#18 And I am well aware how hard accounting can be. 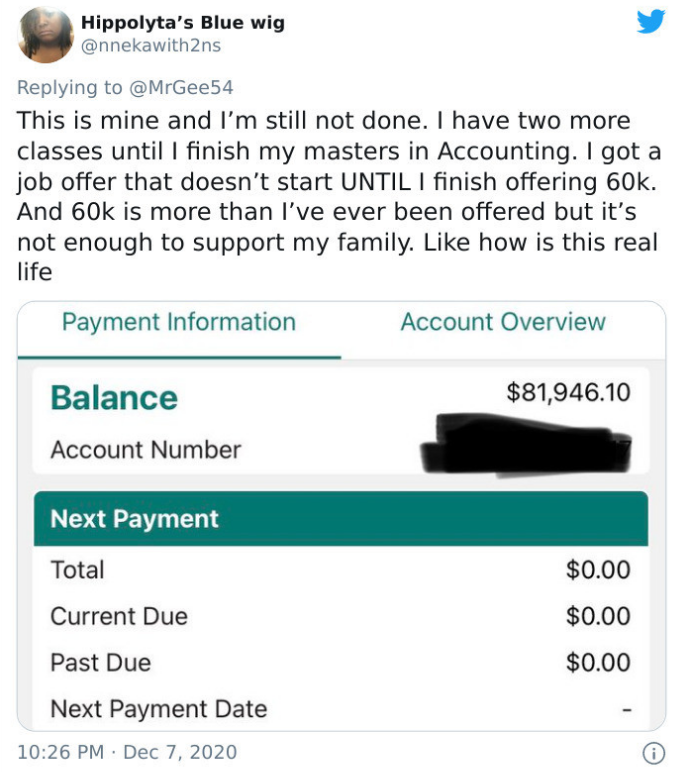 #19 Well your student loans won’t get angry on you for that…..or will they?

#20 This guy is close to being done with the loan, it seems.

#21 So you have to pay the loan, but you weren’t even able to graduate? Sounds fair.

#22 That was before I was born and this has me shocked. 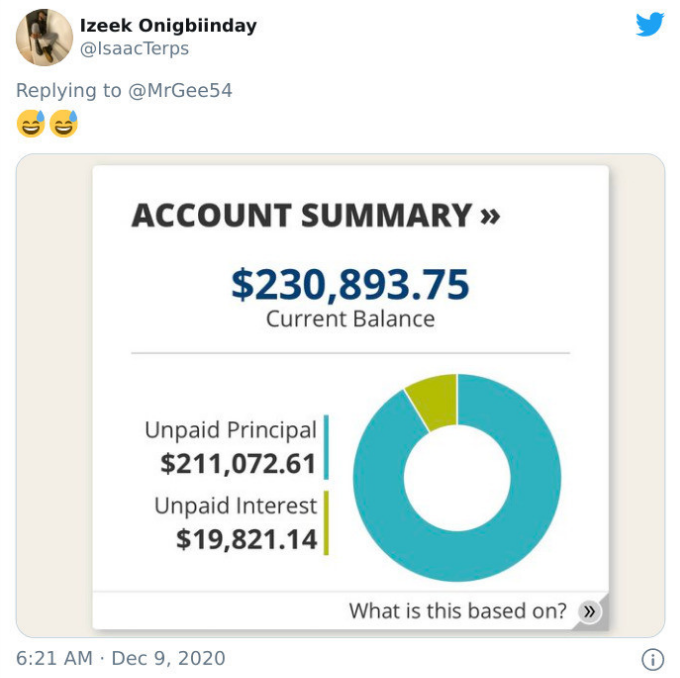 #25 How will you be able to pay that if you can’t even work? 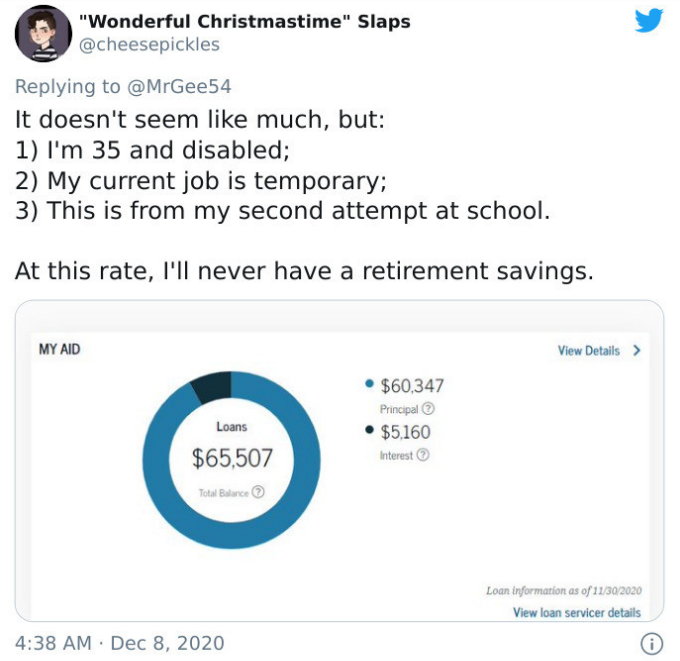 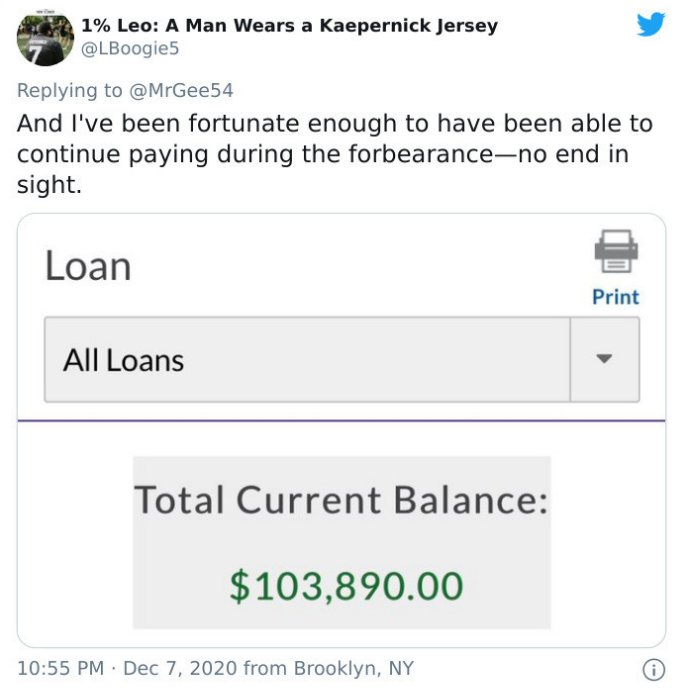 #28 Maybe you’ll get to put that degree to some actual use? 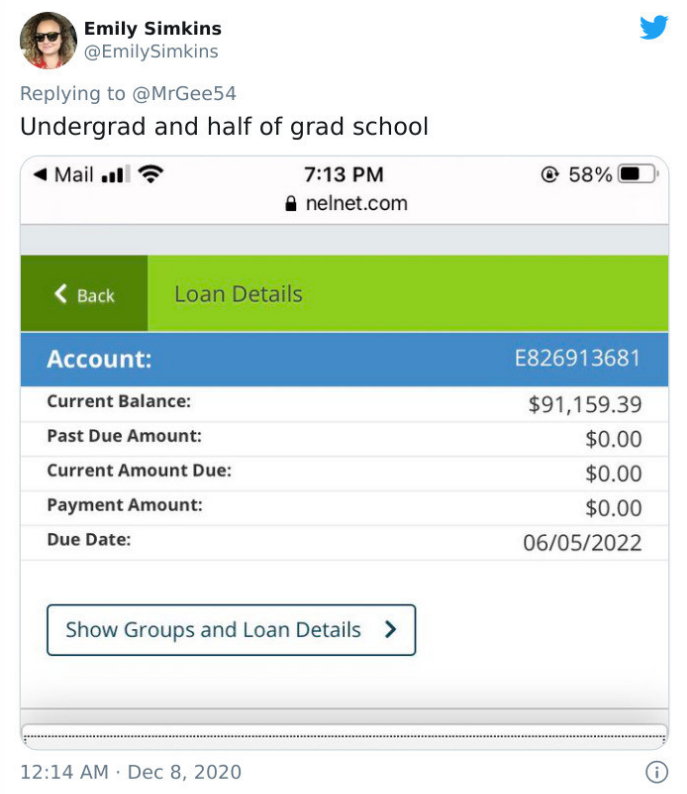 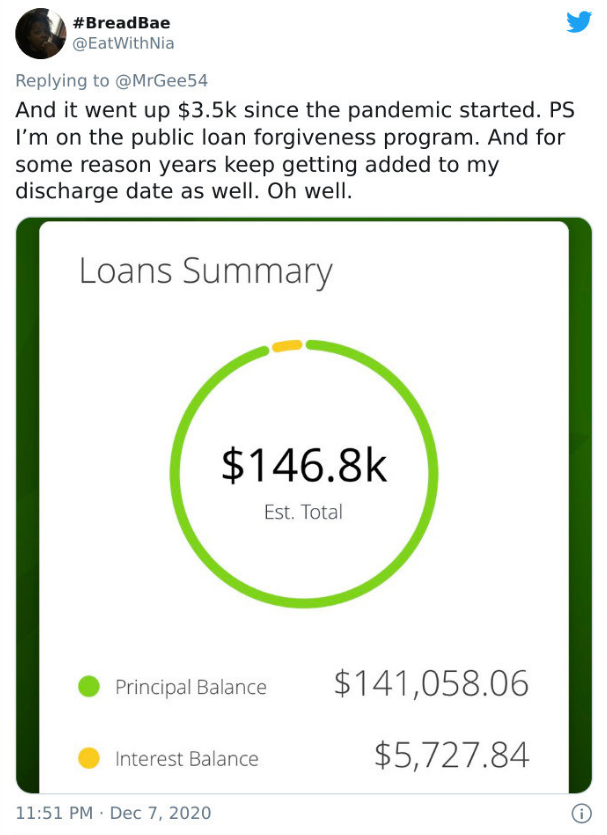 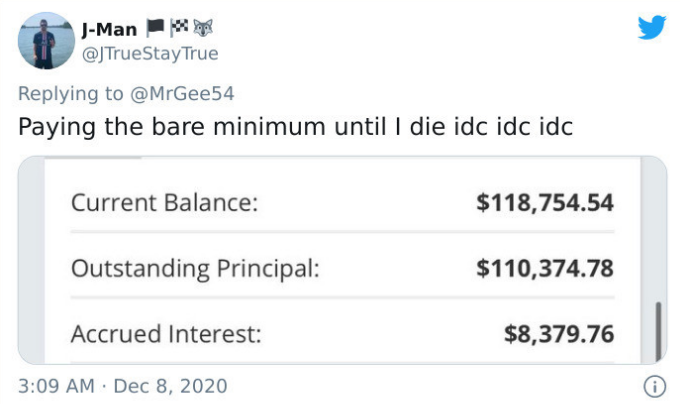 Do you have student loans? If so why not tell us the amount? There is no need to feel embarrassed.